Crazy at it seems, we had not just one, but two special events yesterday. One of them took place in Chicago: Caleb's graduation from Moody Bible Institute.

The other one was a plane ride away. 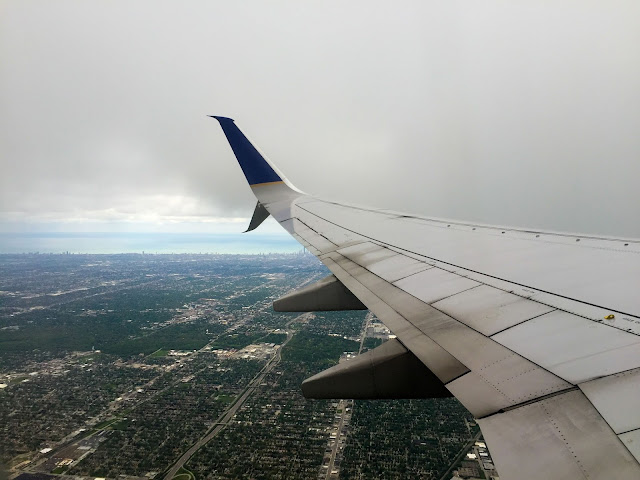 After a harrowing taxi ride to O'Hare airport (not harrowing because of the driver but because of unexpected Saturday afternoon traffic on the way there - we were on a very tight schedule to make our flight so had little time to spare), we thankfully sailed through security and made it to our gate just a few minutes before they began boarding.

This in itself was a miracle as we'd actually received an email on Saturday morning from United Airlines saying: "Please note that Transportation Security Administration (TSA) security checkpoint lines may be longer than normal. During peak periods, wait times could exceed one hour at regular checkpoints and twenty minutes at TSA Pre✓® checkpoints."

Thankfully we did not encounter what they'd predicted!

As for why we were flying right after Caleb's graduation...

Nine months ago we heard from our long-time dear friends that their daughter's wedding would take place on the same day as Caleb's graduation in Chicago.  But where was the wedding? 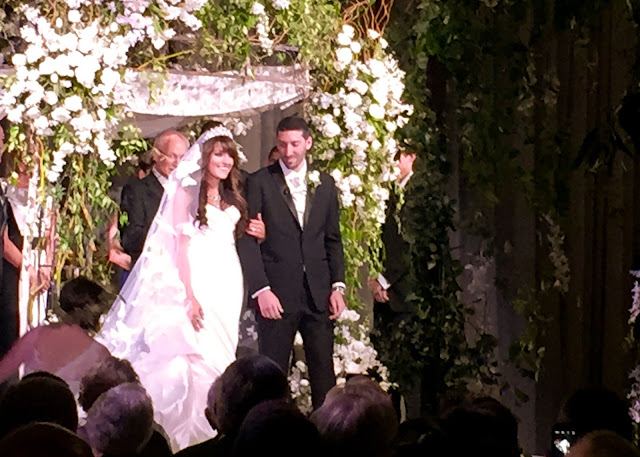 Although our plane arrived early and it seemed we'd make it on time, our taxi arrived much later than anticipated.  We didn't get to the wedding location until a half hour after the ceremony was supposed to have started.

But, due to an unforeseen mix-up in something not being delivered to the venue on time, we arrived JUST as the bride began her walk down the aisle. I can't tell you how thankful I was to sit down and enjoy Jacqueline and Amir's whole wedding! 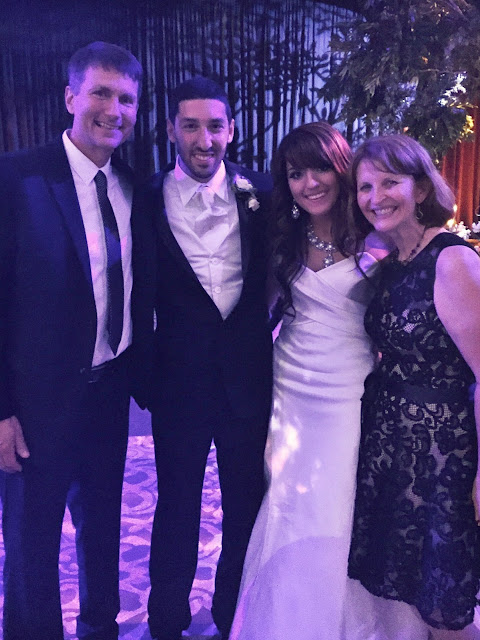 We've known the parents of both bride and groom for nearly twenty five years - that's before the bride was even born! What joy to have watched them grow through the years, and to see how God brought them together as husband and wife.

As I watched them ride off into the night in a true Cinderella carriage, I thanked the Lord for bringing them together, and for allowing us to be here to celebrate their marriage. 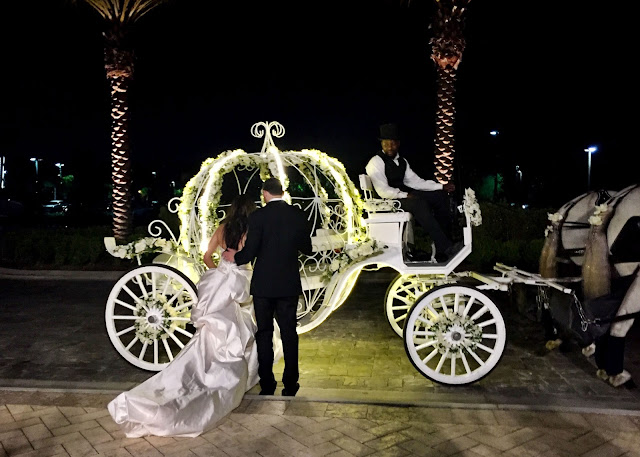 It was a long day, but totally worth it to be able to celebrate two very special events!!
Posted by Unknown at 5:42 PM