When we moved to Czech in November 1993 I made a trip to downtown Ostrava every few weeks, parking in this parking lot. 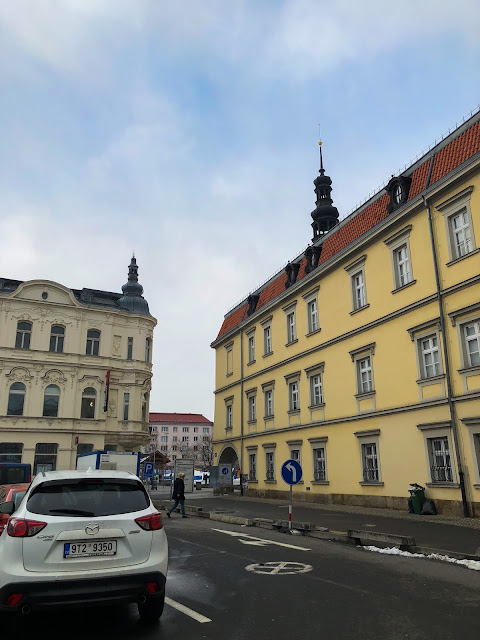 Why did I travel thirty minutes to get here a couple times a month? Because right down this street was a Kodak store, the only one I ever knew of back then, that would develop film into prints. I'm sure there must have been other places to do it, but once I learned about this one, I just kept going there. 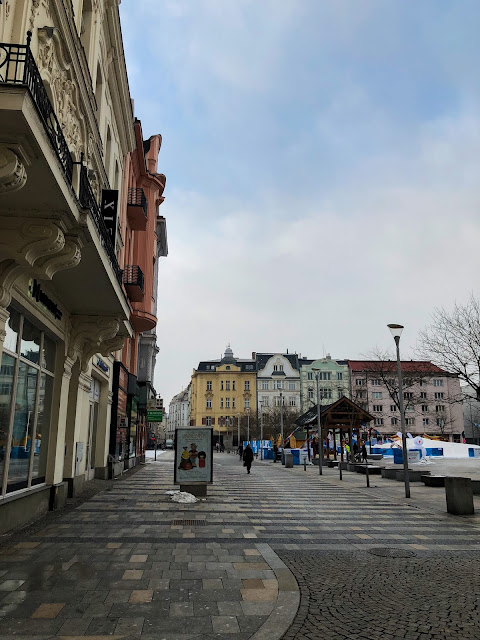 The Kodak store is gone now, though in its place is a Fuji camera shop. But that's not why I was here on the Ostrava square today! 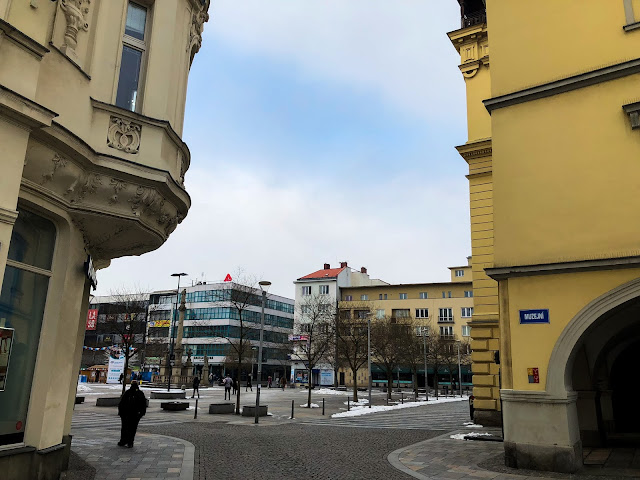 There are some important people who live here now. Recognize a name on this apartment call box? 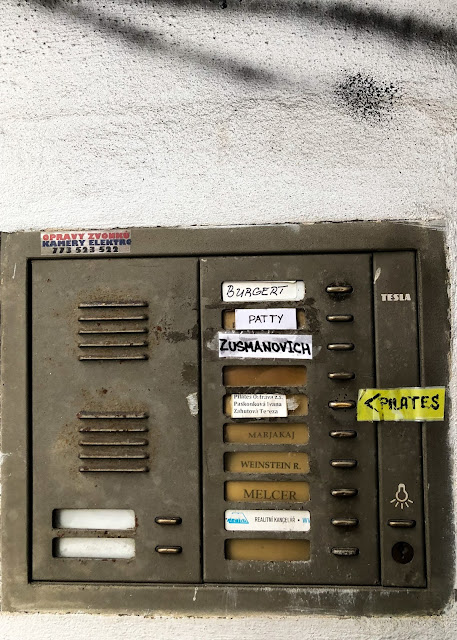 In amongst a variety of names is a Patty family who has moved into their apartment downtown! And look who's here to greet Papa and Nonnie! 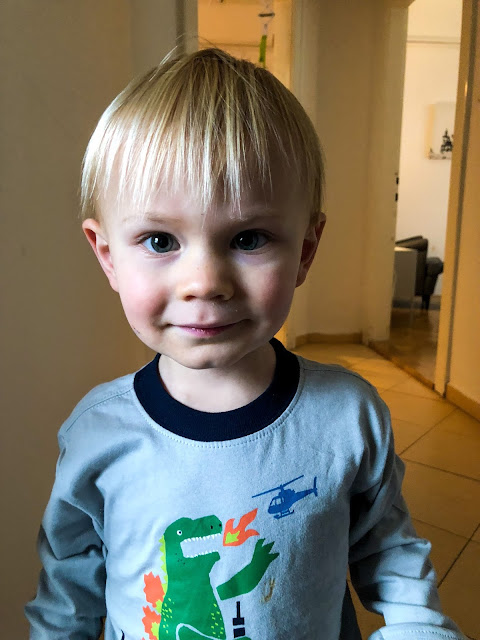 While Dave and I were away, Tyler, Lara, Judah and Asher made their move to this wonderful place that they now call home! 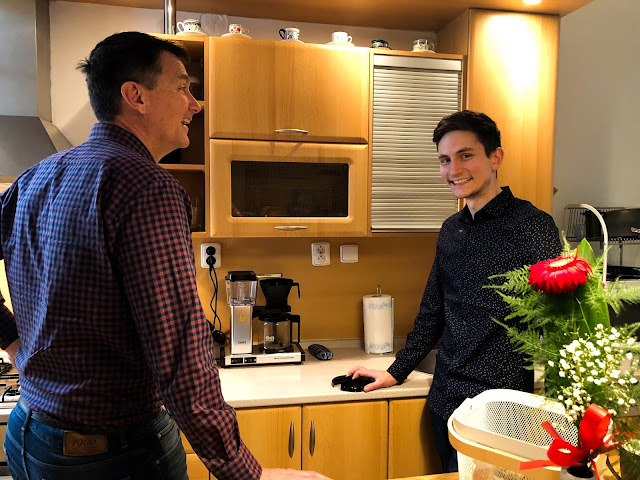 I'd been to see it twice before they moved in, but this was Dave's first time to see it! Judah was anxious to show us all the important aspects of it, according to him. 😉 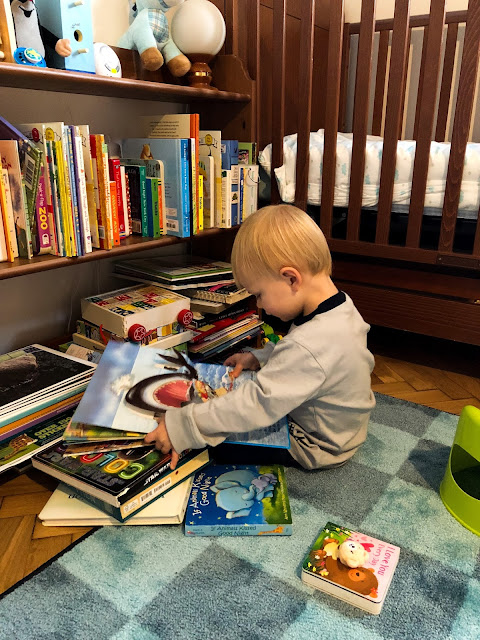 Tyler and Lara told us ahead of time how "at home" he is here, but it was very sweet to see it with our own eyes! He loved showing us detail after detail about his "new home", as he calls it.

It's crazy to think that he most likely won't remember making this move, in the same way that his daddy doesn't remember moving to Czech. It just became home for him, and will do the same for Judah and Asher! 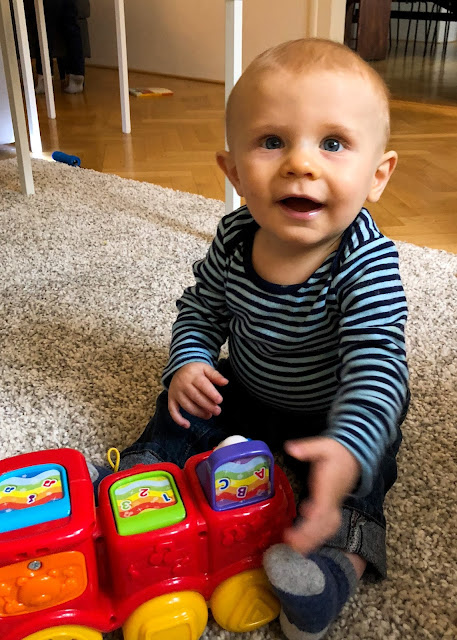 The boys share a room, a place that has become very important to this little guy! I think he and I could have stayed in it for quite a while as there are so many interesting things in there. 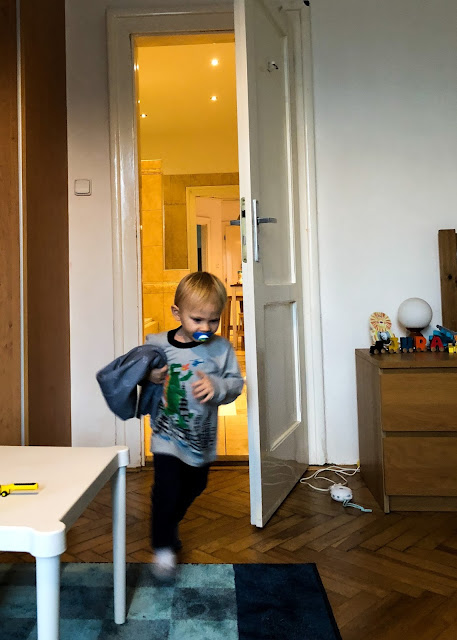 Including his daddy's old bed! How fun to walk in and see that, along with the bookshelf and toy trunk that came from Tyler's old room. Now it's Judah's happy place! 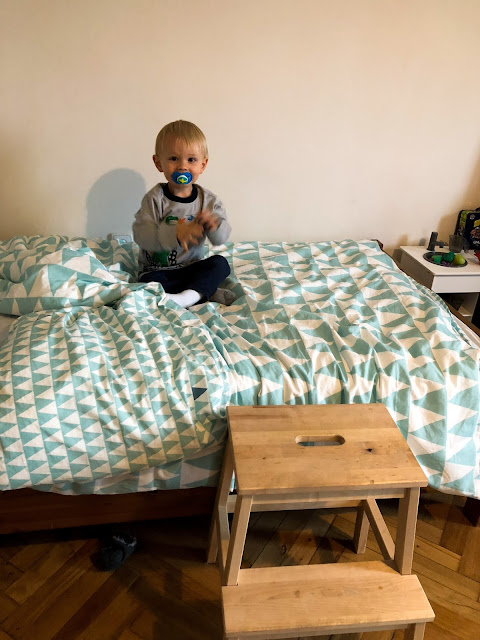 I managed to convince Judah to come out to the living room with me so I could visit with his mommy and daddy. While he sat on my lap, he took a few fun pictures on my phone to capture our first visit! 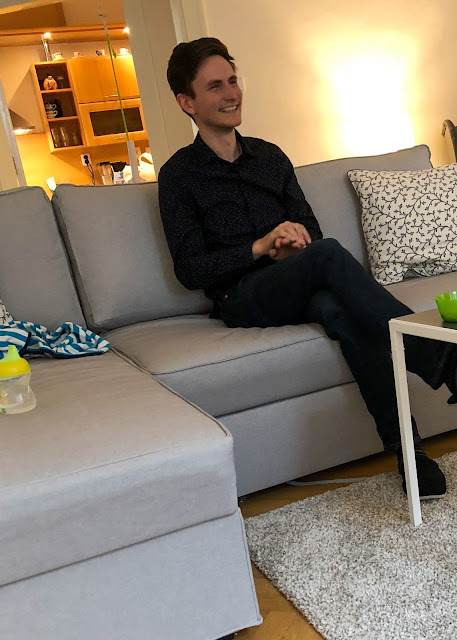 Here's another one with photo credit going to Judah! 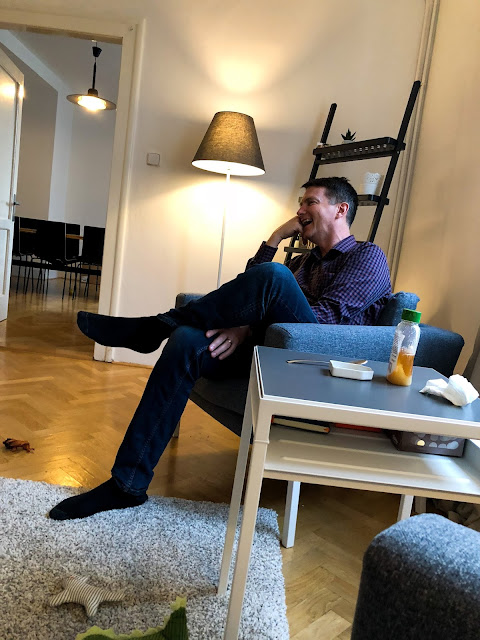 It's also crazy to think that this will be a place we come to visit often to see these loved ones. I'm sure they'll be at our house a time or two as well...HAHA! Gotta get in our grandson snuggle times whenever we can! 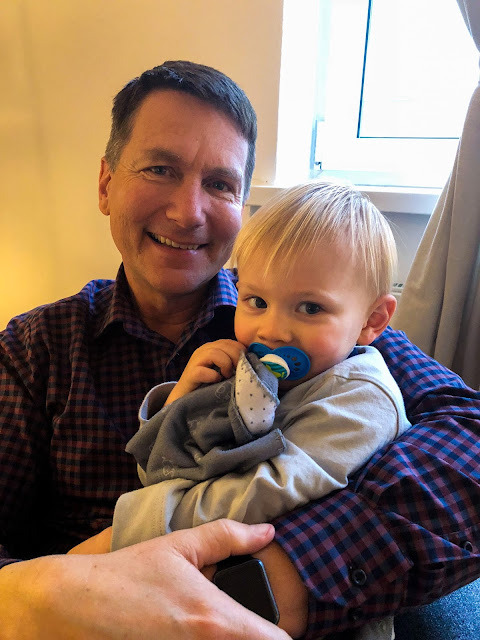 In the midst of trying to soak in all the joy of being in their new home, I missed getting any pictures of Lara or me. Not a big deal about me, but I'm sad I didn't get one of Lara. This cute one with her hand on Asher will have to do! 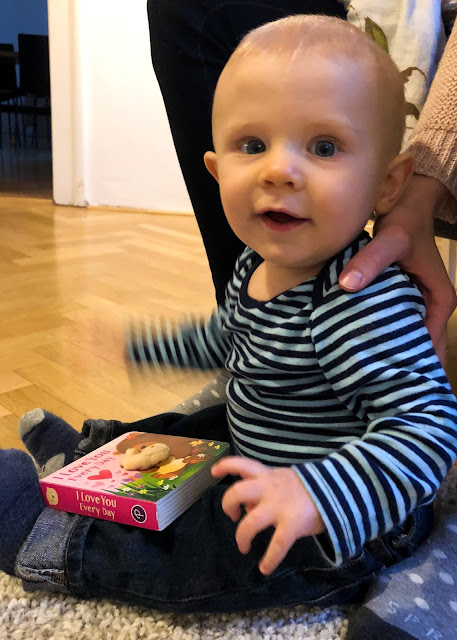 It still feels rather surreal to know that they are HOME here in Ostrava now. Who EVER would have dreamed that Tyler and his family would live here, when this square used to be a place that HE came to with us to play! 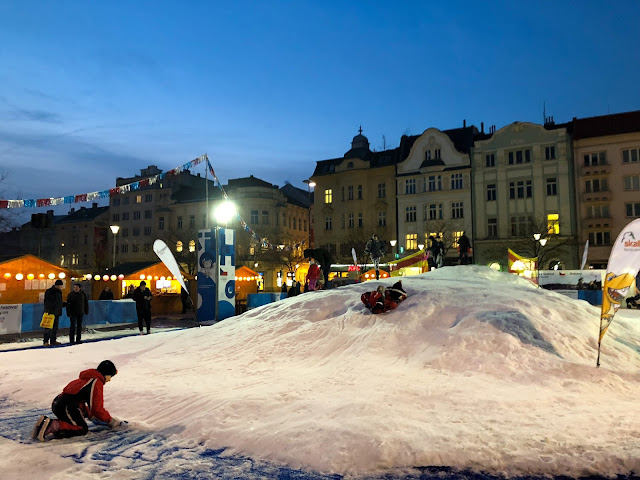 The city didn't have such wonderful things back then like a sledding hill set up in the middle of the square in honor of the Olympics, but still...it was a place we came to often and that our kids have fond memories of. 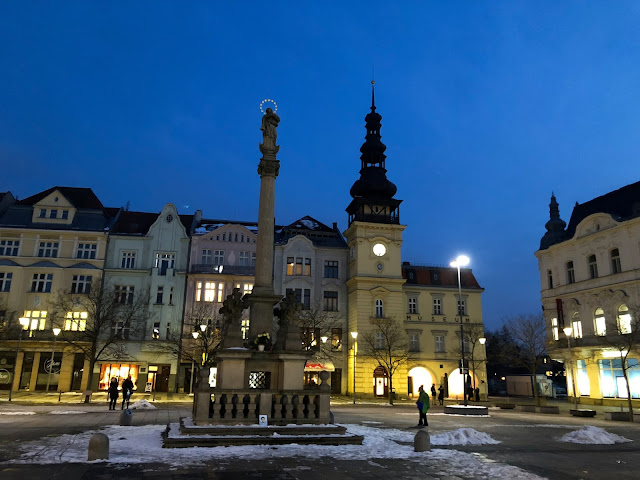 And now this will be a place where Judah and Asher grow up making memories.

I truly never saw that coming back in the day when I'd pull out of that parking lot, and pay the man in the booth...the very same booth that exists today! 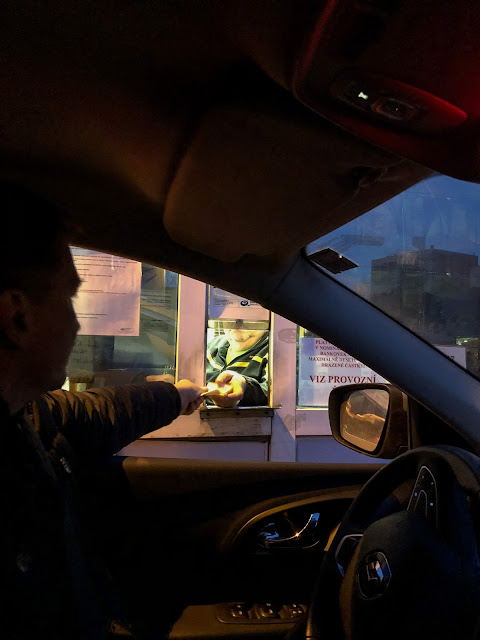 I guess in this case the saying is true: "What goes around, comes around!"

By the way, I know there's an old Justin Timberlake song with those words as lyrics, but I'm NOT referring to that song! Rather to the definition on Wiktionary that says, "The status eventually returns to its original value after completing some sort of cycle."

We are almost at our 25 year anniversary of living here in Czech, and I'd say that's definitely some sort of completed cycle!
Posted by Living By Lysa at 10:45 PM