Today I saw God's mercies up close and personal.

This morning, while drinking coffee and working on the JV Prayer Room before heading into a full day of work in preparation for our JV spring conference, a phone call interrupted me. It was Tyler, asking if I could come pick up the boys at the foreign police office in a nearby town. 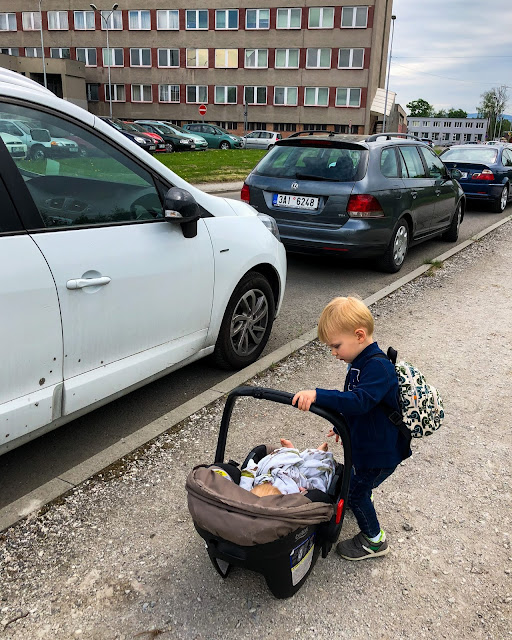 Why the foreign police? We're all required to apply for visas that allow us to live in another country besides the one we hold a passport for. If you move here (or anywhere in the EU), you have 90 days to present all your documents, get registered and receive your visa if you want to stay past 90 days.

Tyler and Lara have been diligently working on hers and the boys' visas since they arrived (Tyler already had one from growing up here), but hadn't heard any news and knew they were close to the deadline. So today they went in again to see where they were at in the process.

They found out the deadline had actually passed.

This meant filling out forms and being interviewed by the police...not something that you want to have little ones around for.

These two sweet boys were happy to see Nonnie arrive this morning so they could come to our house for what we thought would be a few hours. 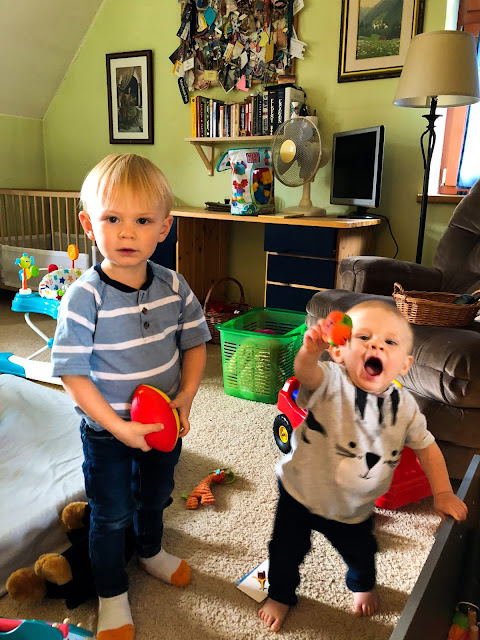 Both Judah and Asher were in happy moods, and all was well for the morning. 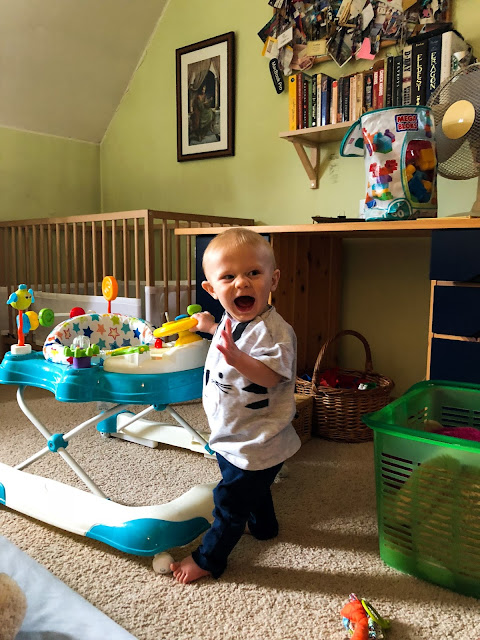 Lunchtime came and went and still no news about how long it would be before Tyler and Lara came back.

Mercy #1: both boys being asleep at the same time for 45 minutes! 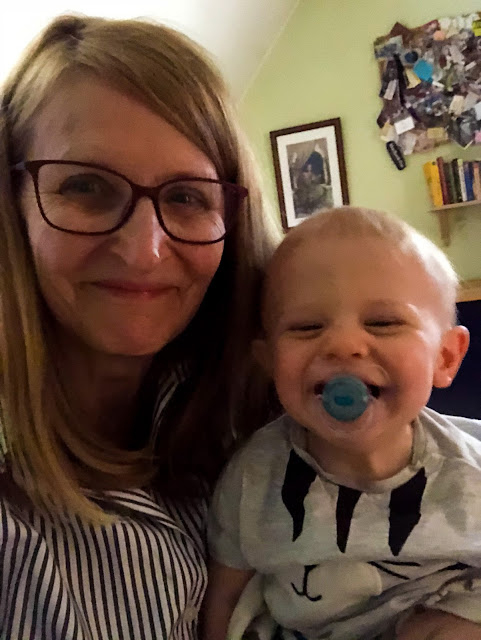 Asher woke up to his big brother crying inconsolably.

Mercy #2: Asher didn't completely lose it when I had to leave him in his crib crying while I got Judah up and tried to soothe him back to sleep. 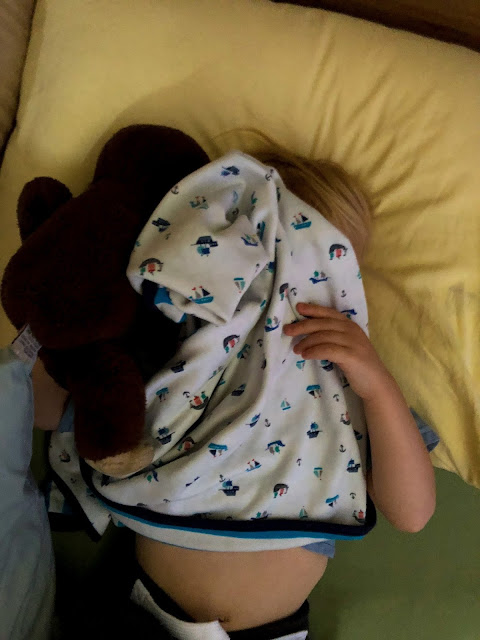 Once I managed that and got Asher up, his empathetic soul needed some soothing of its own. 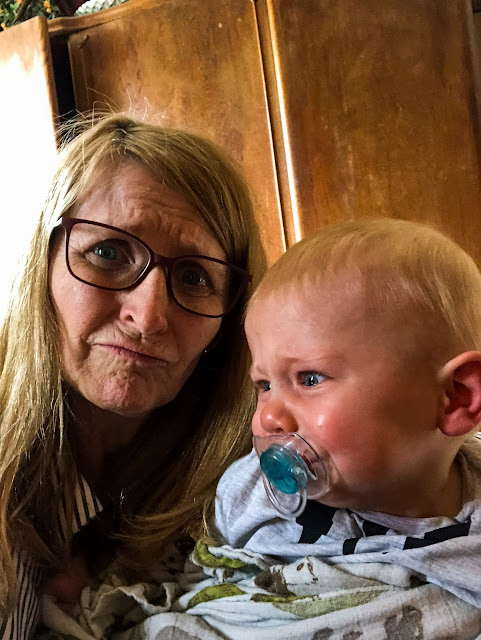 But within just a few minutes, and a change of location to another room, he was his cheerful self again.

Mercy #3 - a happy baby who was content to hang out with Nonnie and Kaylee. 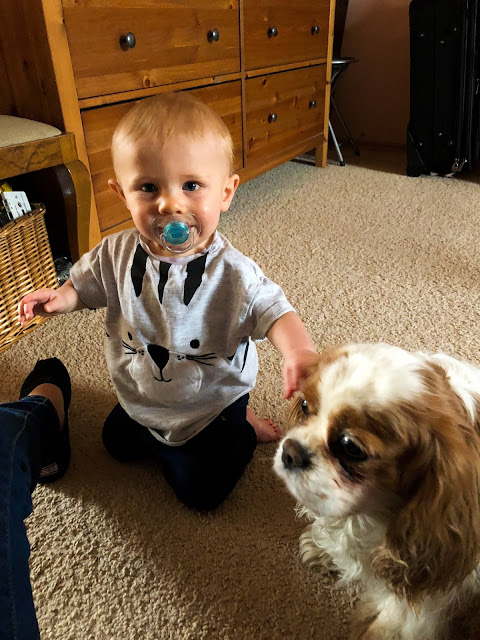 One hour of just Asher awake turned into two, and then three hours of big brother sleeping.

Mercy #4 - a care package that arrived just yesterday (thank you Polly and family!) with some delicious coffee that saw me through the afternoon. 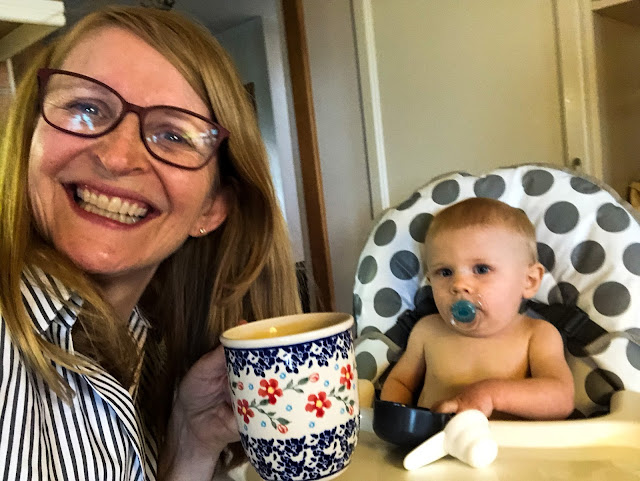 Today my opinion on the best invention ever is: the highchair!

This little guy is a crawling/pulling himself up/stair climbing aficionado (definition: a person who is very knowledgeable and enthusiastic about an activity!) so when Nonnie needed a break from following him around 100% of the time, the highchair was a winner today! 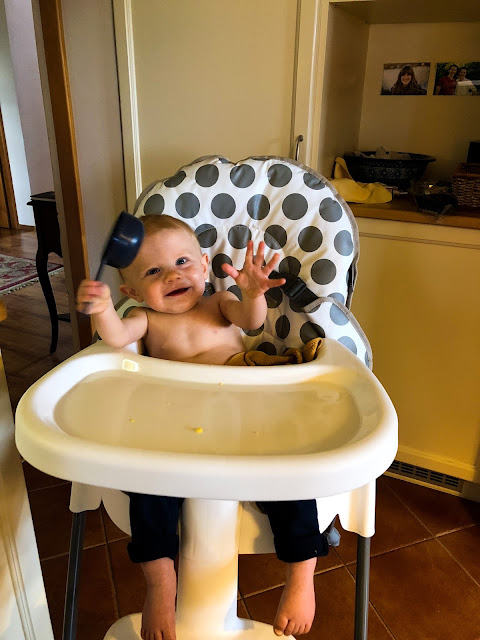 Judah slept 3 1/2 hours, which might be considered Mercy #5, except for the fact that he woke up all out of sorts. 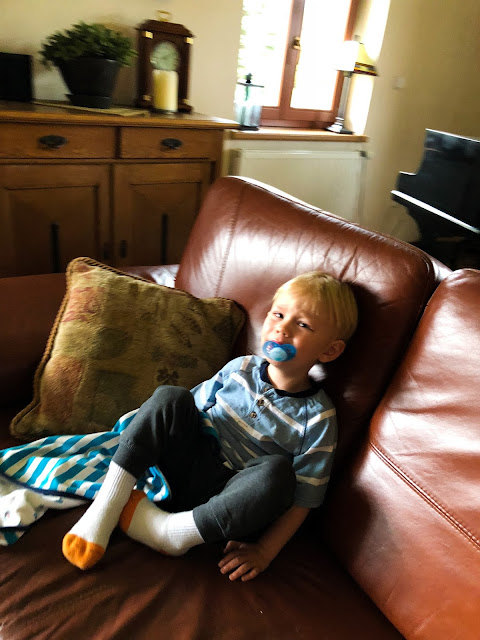 Lara told me later that they're tracing his after nap "out of sorts" episodes to potential food allergies. Super interesting to note that food can lead to something like that.

So I'll say Mercy #5 is: getting to know my grandsons in hard and good times. That's actually a privilege. 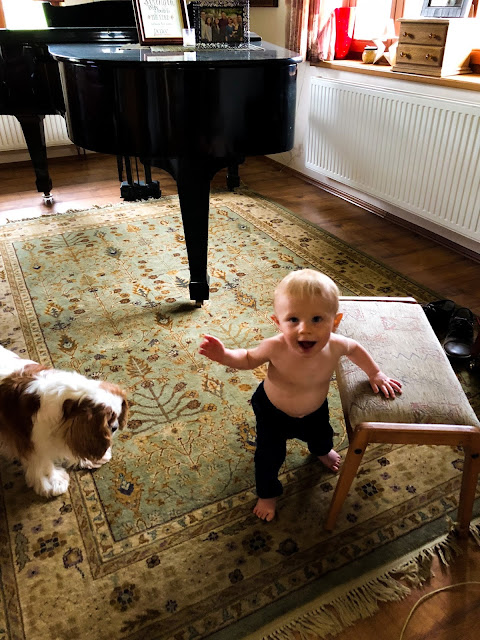 But the biggest mercy of all today was getting news at 6:15 PM when Tyler and Lara finally arrived back at our house after 8 hours in the foreign police office, that they are giving Lara mercy on her lack of visa and NOT making her leave the country, as we thought they would.

The Lord's mercies are too numerous to recount from their day spent with "Officer Boris" who walked them through the police reporting process. He was kind, helpful, empathetic and even said at the end of the day, "I'm sorry you had to be here all day. That wasn't right to make you do that, especially when you have a family."

Mercy #6++++: taking care of Tyler, Lara, Judah and Asher in a way that doesn't disrupt their life. The visa is being expedited right now, and should be here soon, though they've given her 50 extra days in country for it to be finished.

Why hadn't the visa been processed? No one told them that they had to have their marriage certificate translated and notarized! Their paperwork had been sitting on someone's desk in Prague for six weeks and she hadn't had time to send them a notification about it.

But thanks to the Lord, Officer Boris, and Claire (who came along as their official translator because Tyler couldn't officially translate), the visa process is in motion again!

His mercies are new every morning. Great is Your faithfulness!
Posted by Living By Lysa at 10:48 PM