After a week at his course, "The Art and Practice of Leadership", Dave is officially a Harvard grad! 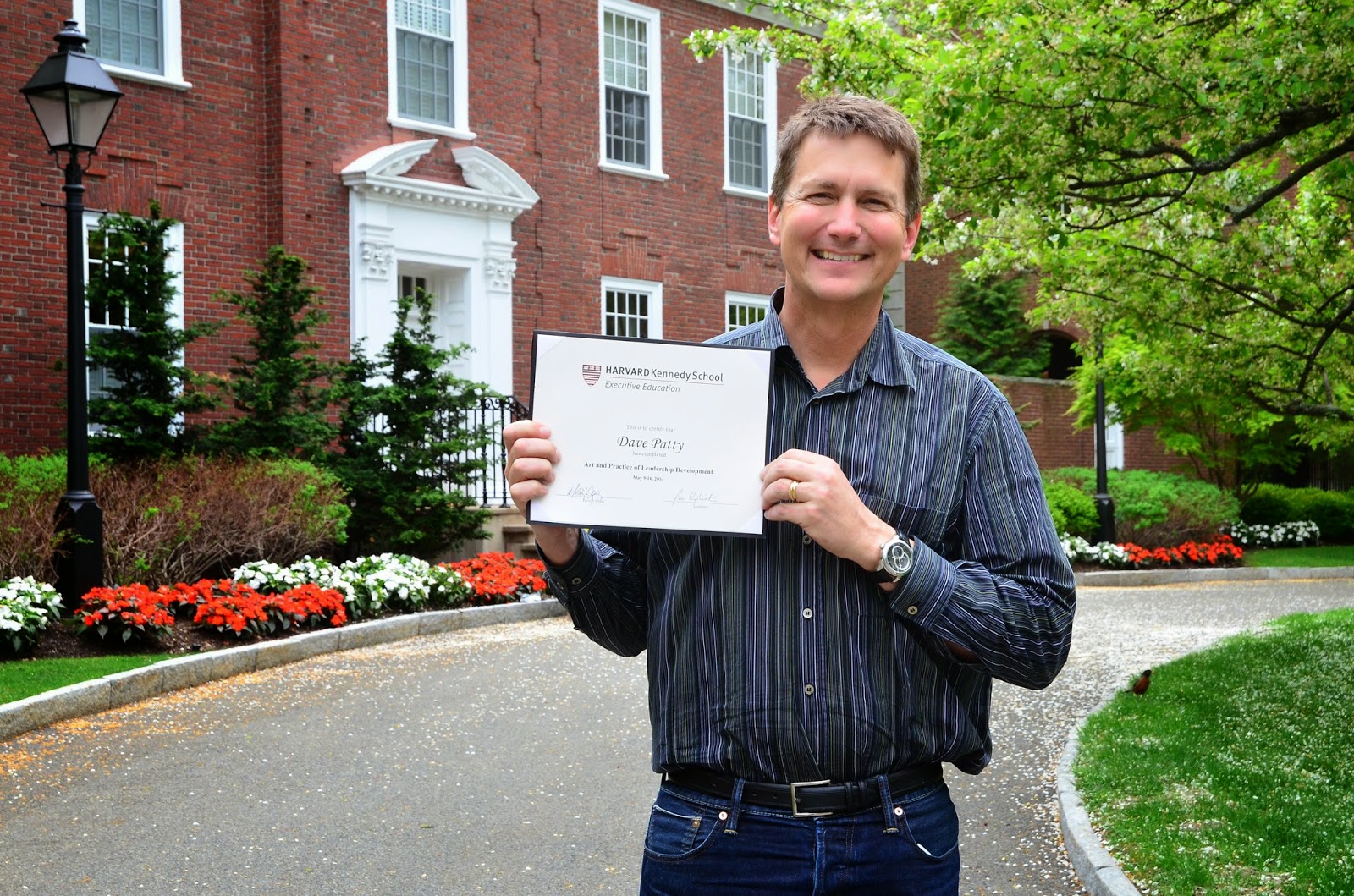 From the moment we met back up again until now, nine hours later, we have been talking about his week there. What a "remarkable, powerful, fantastic, delightful, and riveting" week it was.

All direct quotes from him! 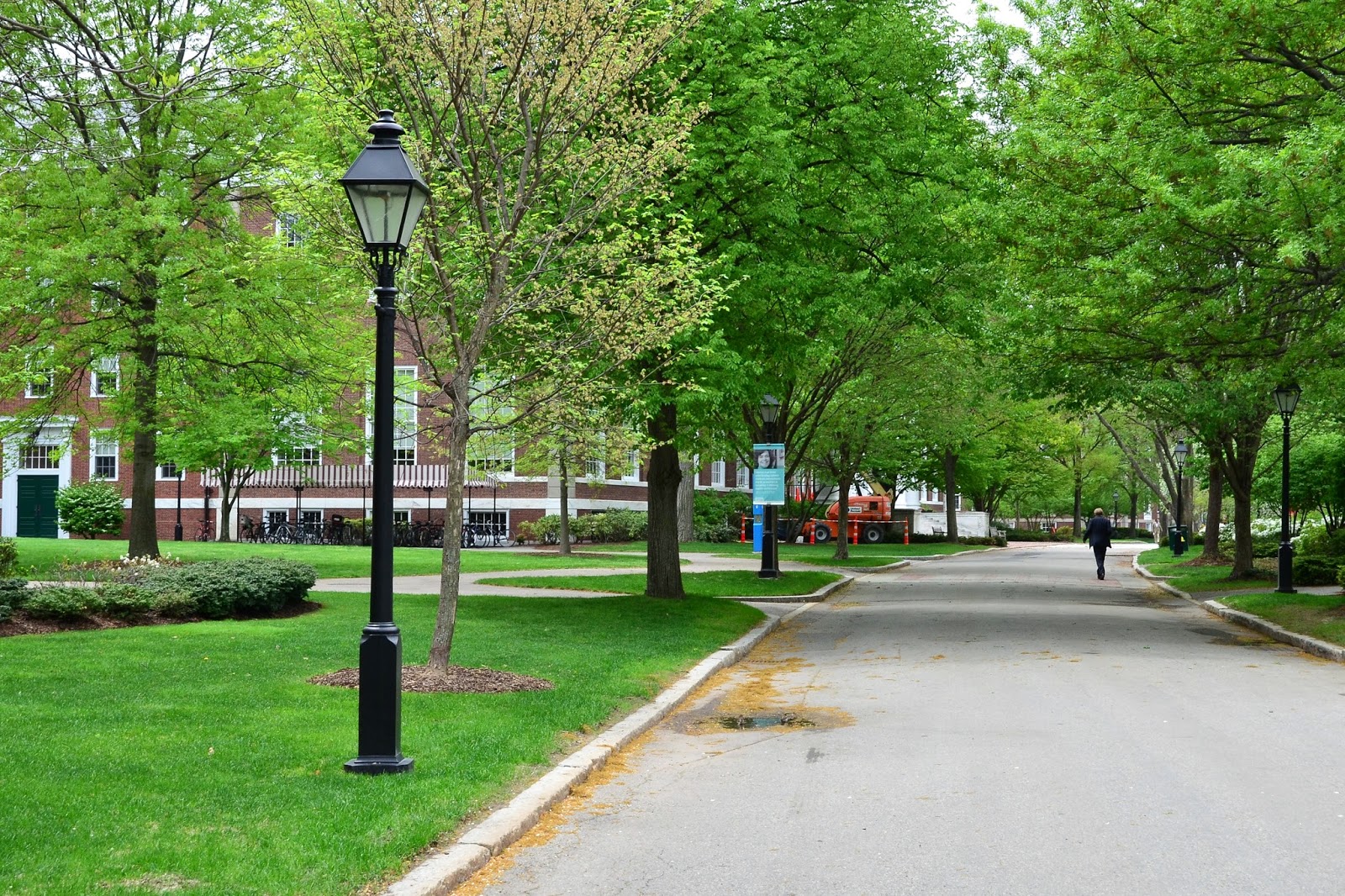 While we walked the campus he began to share stories of conversations, lectures, experiences and more than a few "ah ha" moments he experienced.

Truly it was an incredibly enriching week for him in a myriad of ways. 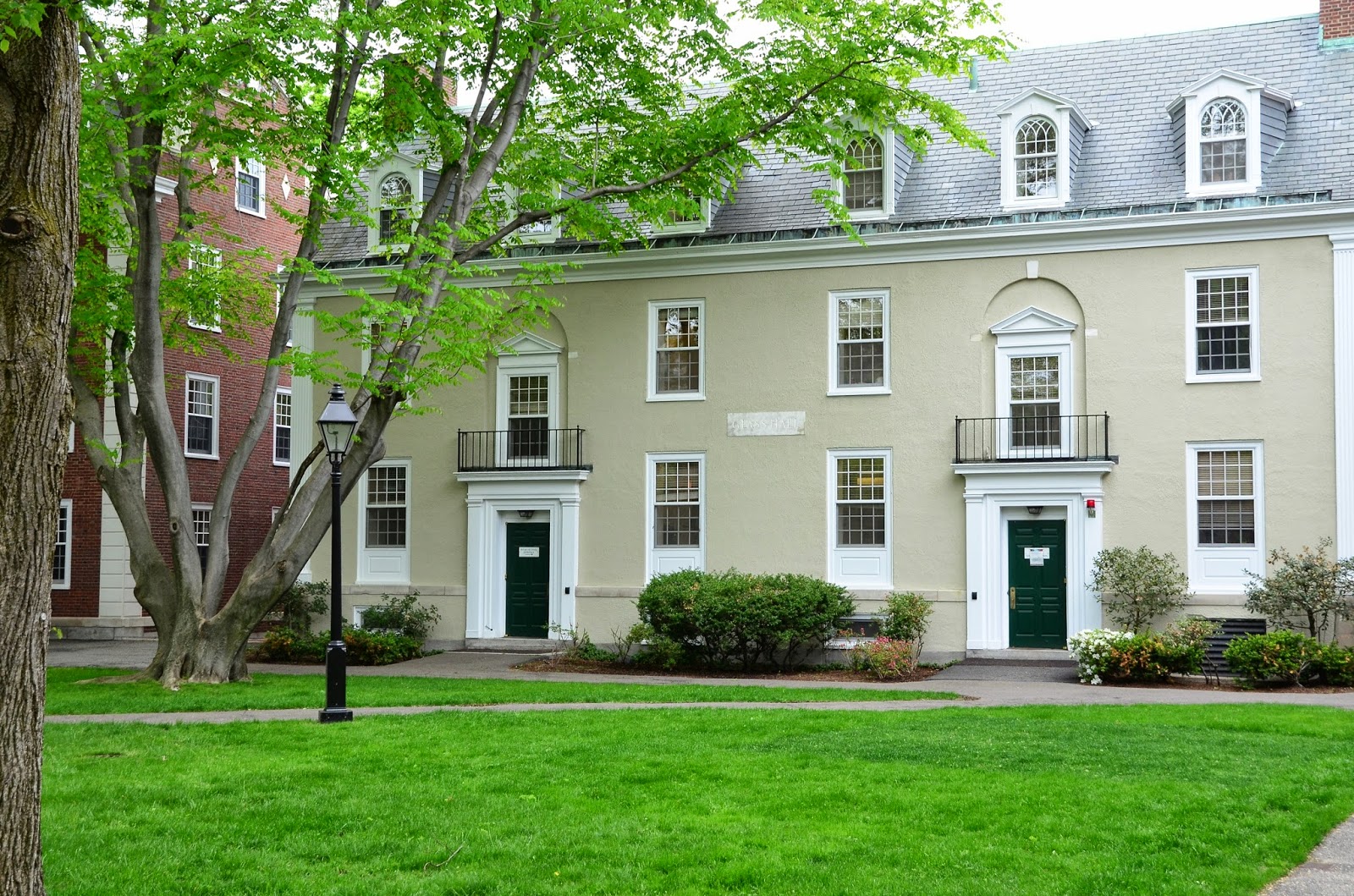 Aside from all the new thoughts, paradigms, and insights on leadership, it was a week like no other as had many thoughtful conversations with his classmates.

Many of those conversations turning to spiritual matters.

As far as he knew, he was one of only a few of the 70 participants who had a personal relationship with Jesus. And that opened door after door into open, meaningful, deep conversations with leaders from around the world as they genuinely questioned him about his faith.

There were many times Dave choked up as he told me stories of people's lives and their search for meaning, despite the fact that they are successful in every way in the world's eyes.

And yet many recognize that there is something missing.

I could not be more proud of Dave for his thoughtful, winsome, wise and loving approach to sharing about how he found meaning to life through Christ. 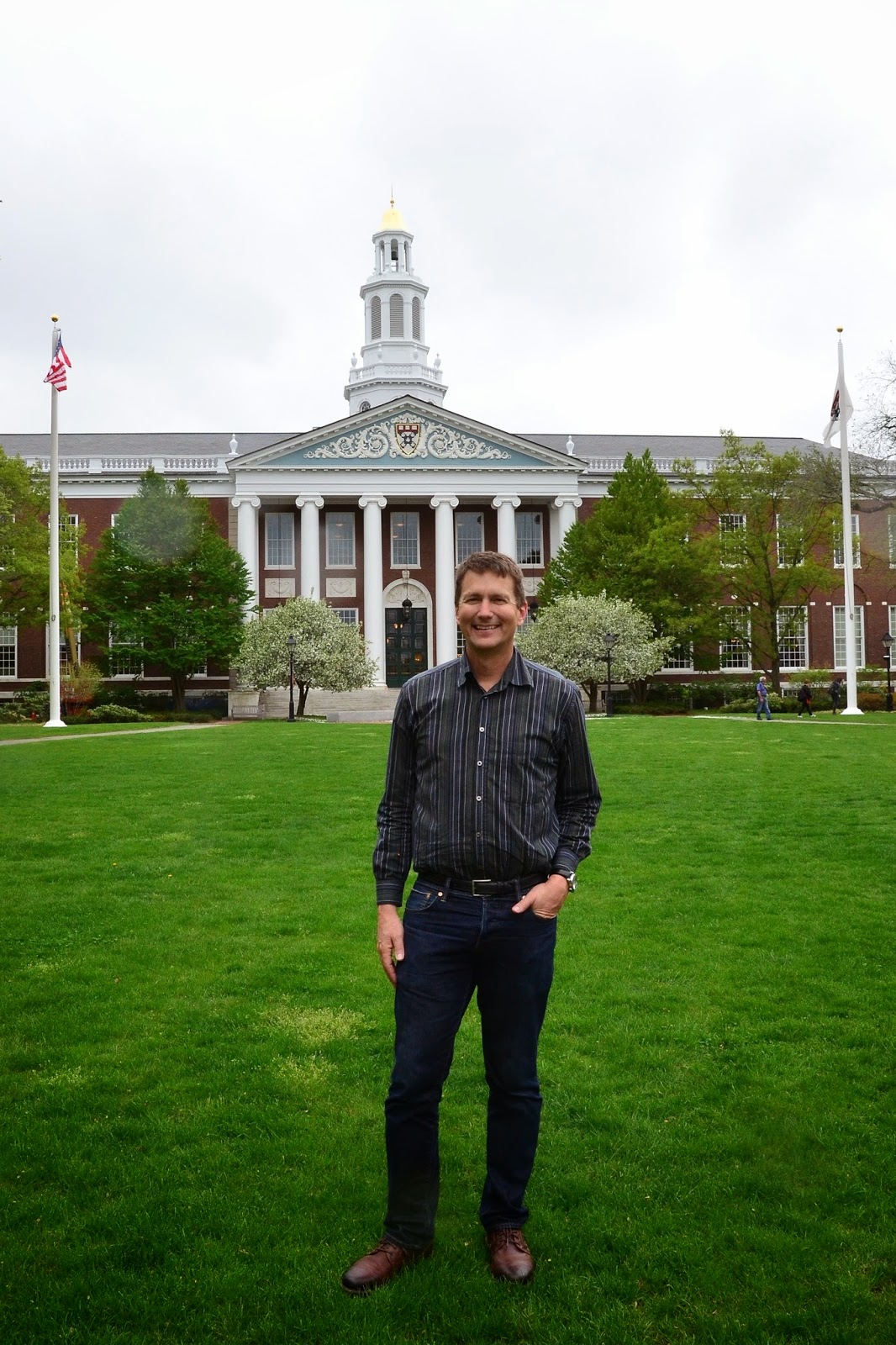 I love that Dave is not only a good leader, but a compassionate pastor as well, who gave of himself in that way throughout the week.

And I hope we'll hear stories of changed lives from some of his classmates! 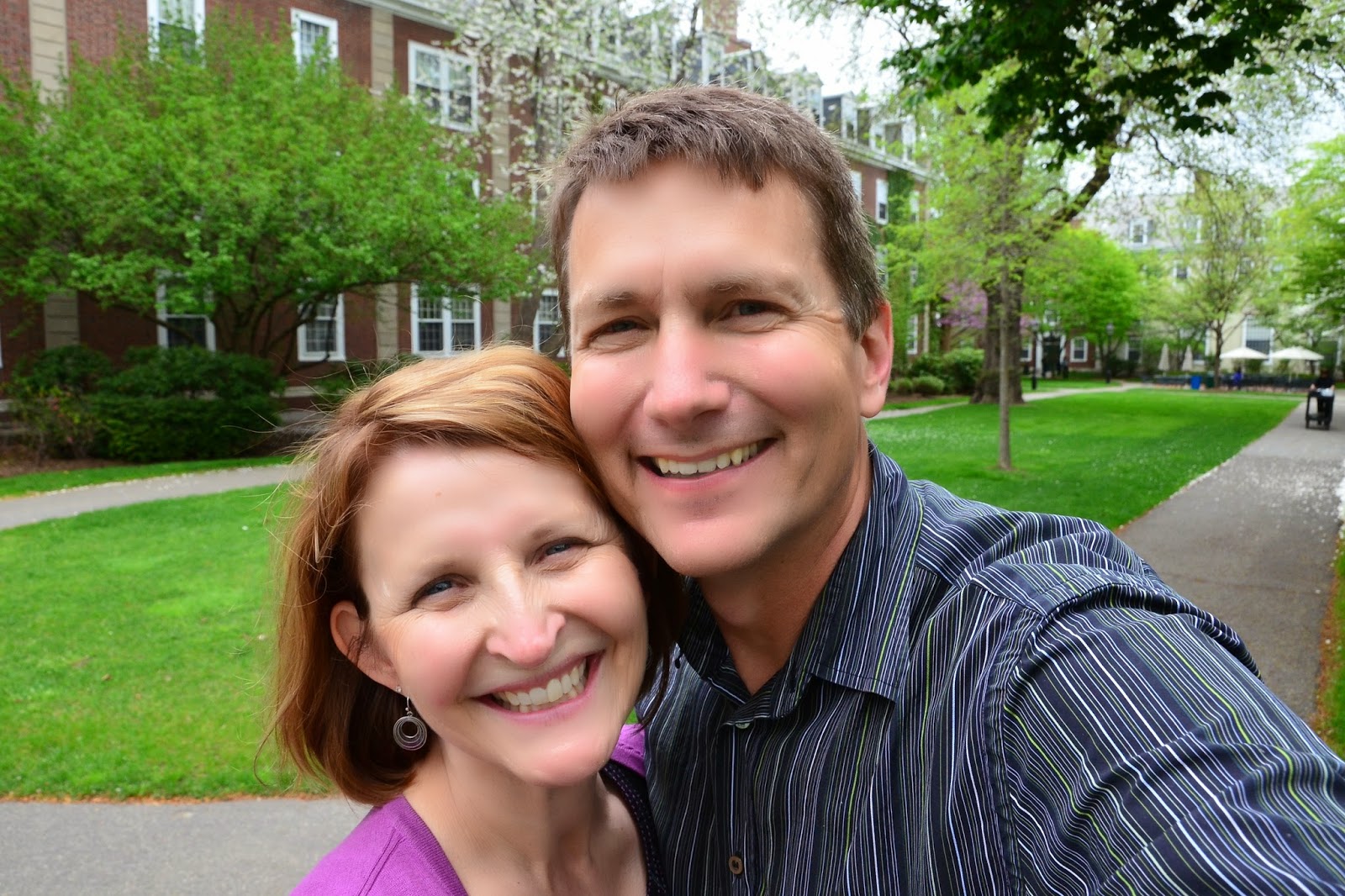 I'm glad he had such a rich, stimulating week.

And I'm sure happy to be back together with him again!
Posted by Unknown at 5:02 AM