One day we're tourists in the mountain town of Vail, Colorado. 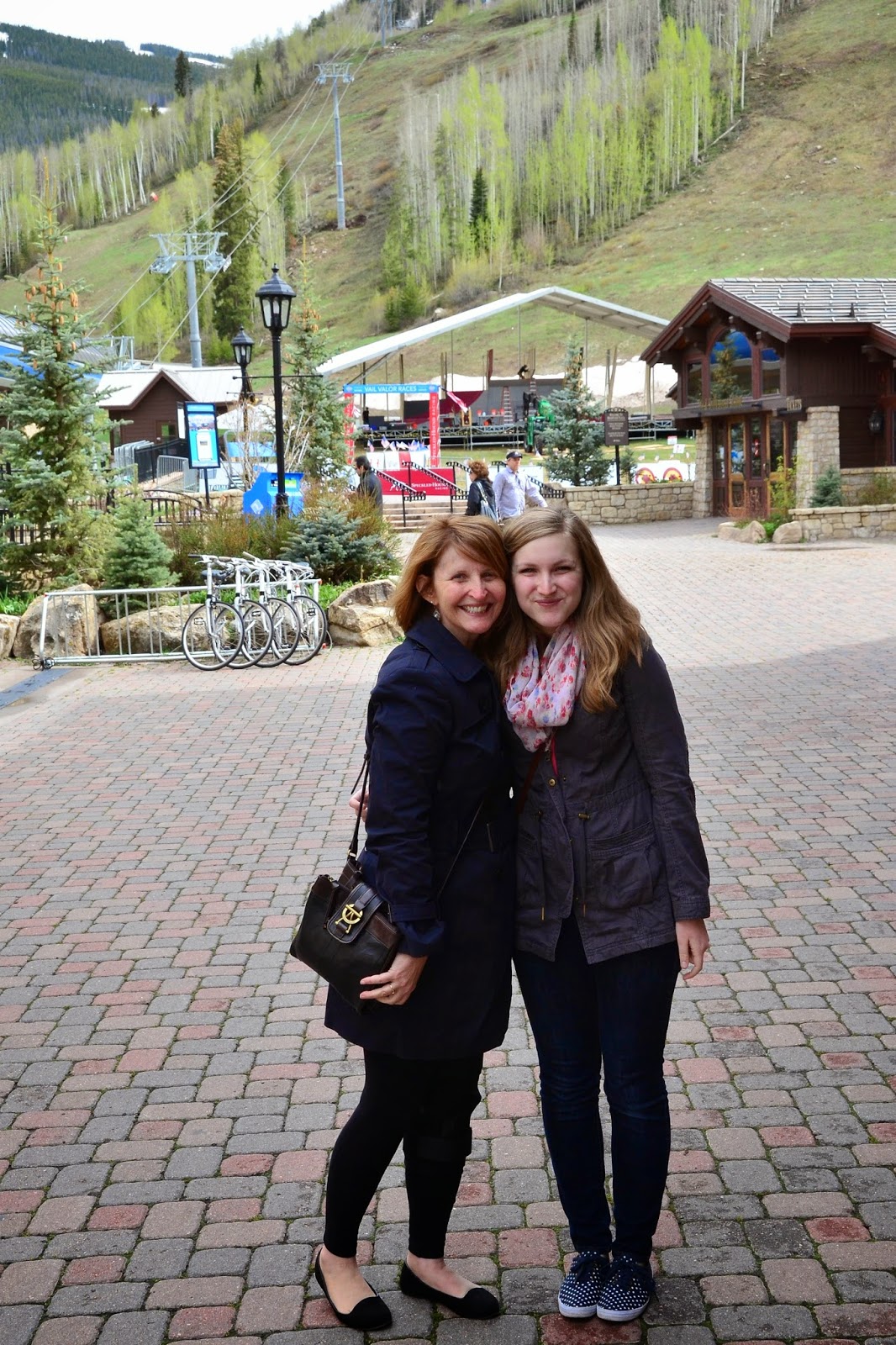 And the next morning we're runners in the Vail Valor Race on Memorial Day, 2014! 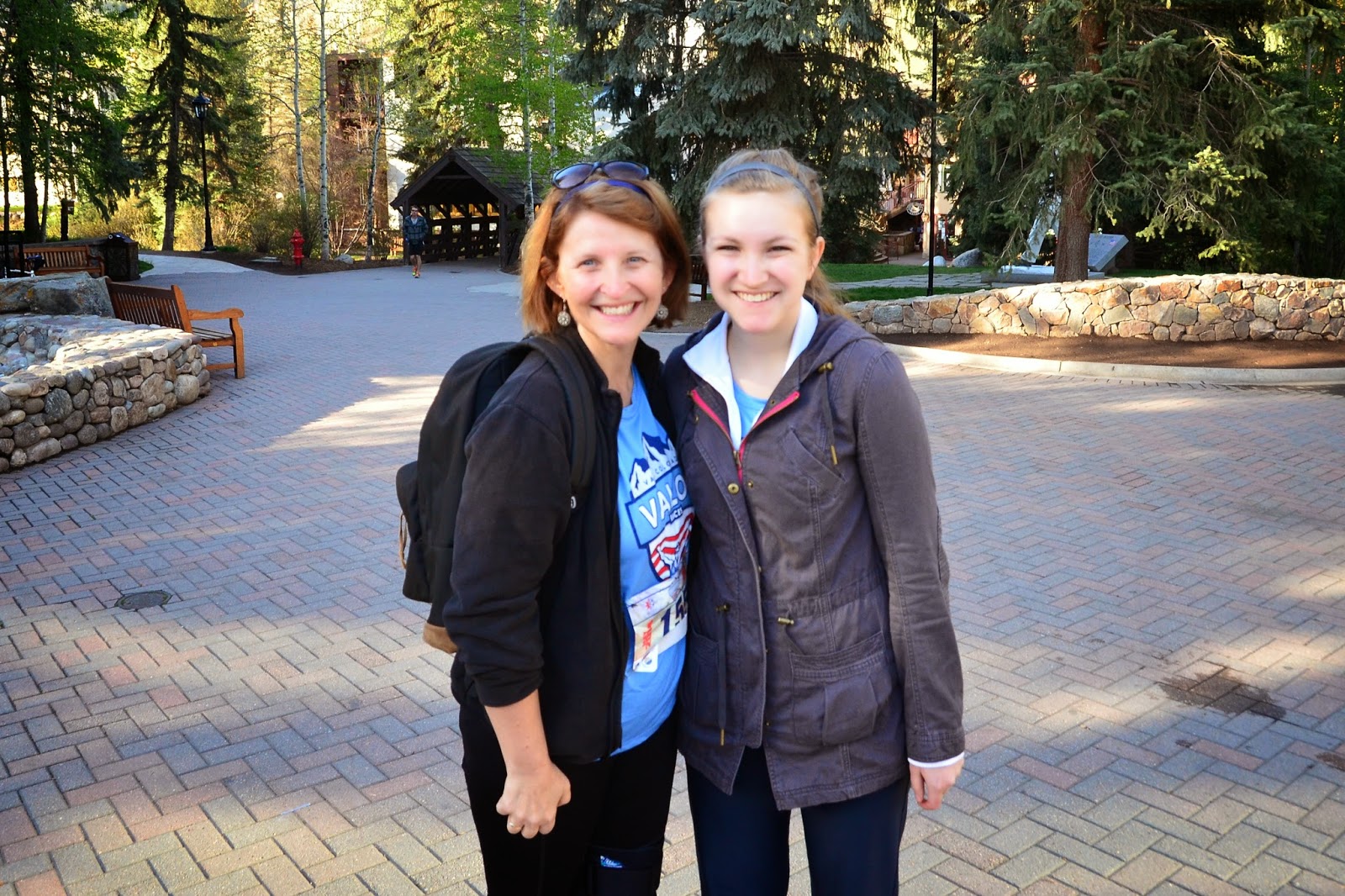 A few months ago, after the three of us ran in Moab, UT, we signed up for another run in Vail: the half marathon for Dave, the five mile race for Claire and I.

It was a nice incentive to keep exercising, and a fun way to make another memory with Claire this year while we're in the States. 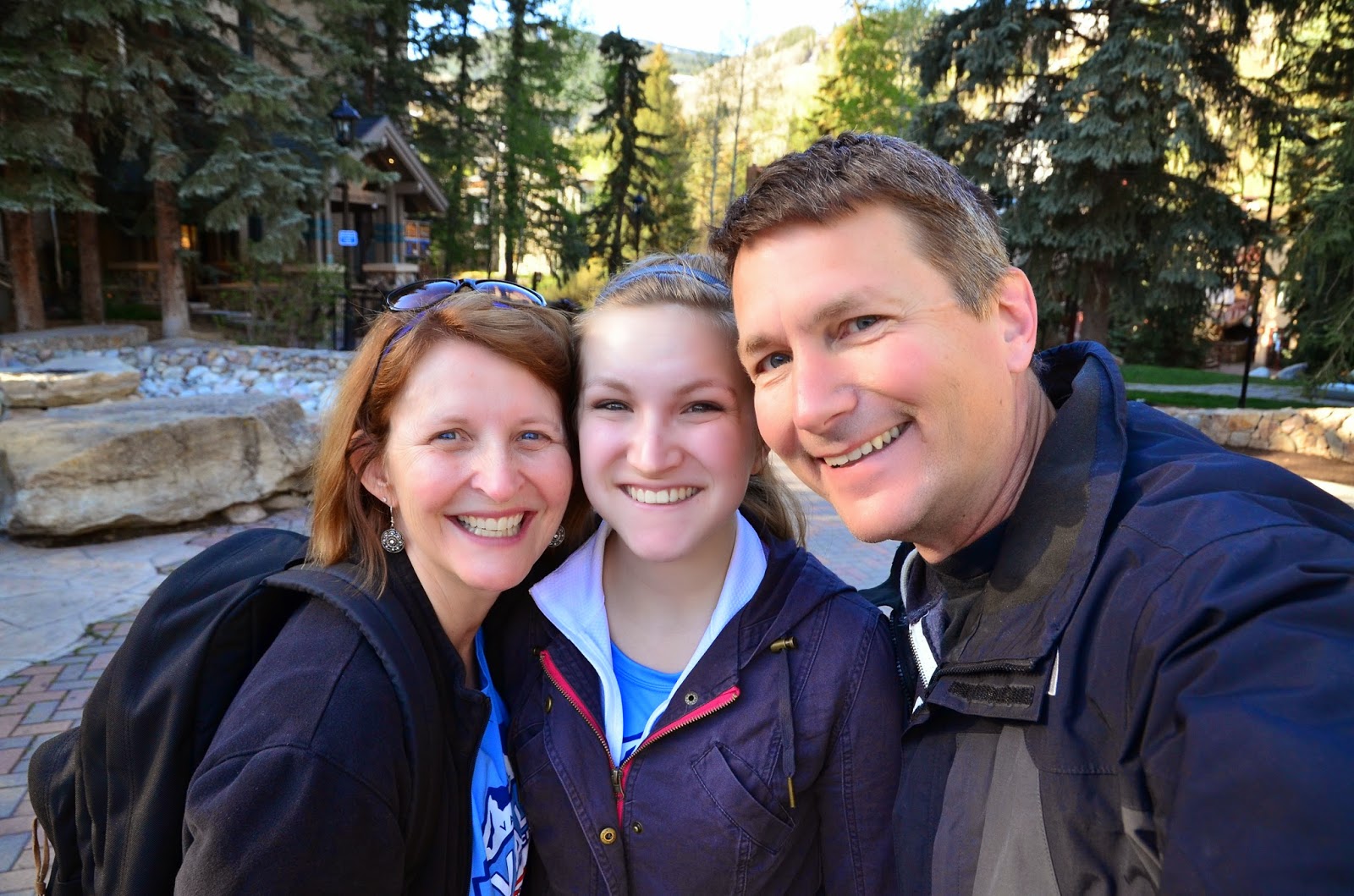 What we didn't know when we signed up was that I would tear the MCL in my knee a month before this race, and that I'd still be in pain and hobbling around the day of the race.

It's actually been pretty excruciating.  Even though I've been doing rehab for the past few weeks, I've literally felt the tear every time I took a step. No fun.

As race day approached, I didn't think I'd be able to even walk, much less run. 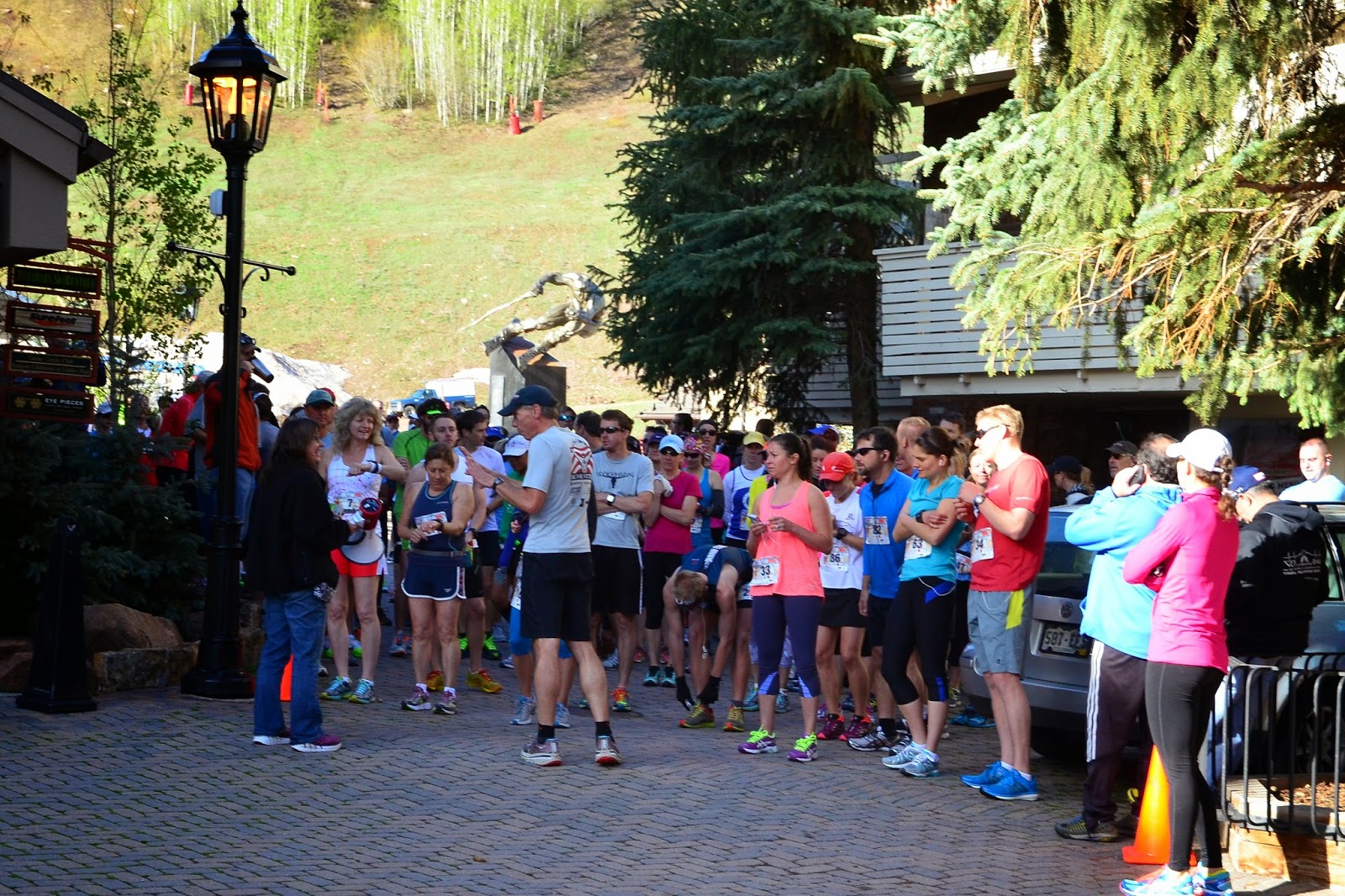 I've watched Dave run these past weeks in preparation for his half marathon, and been so sad that I've been side-lined by this injury.

While I'm not anywhere near the runner that he is, I still like running and felt genuine loss at not being able to participate.


Not wanting to be unwise about my injury, I knew it couldn't be me making the decision about whether or not to even walk the five mile distance.

So I prayed and asked the Lord what to do. 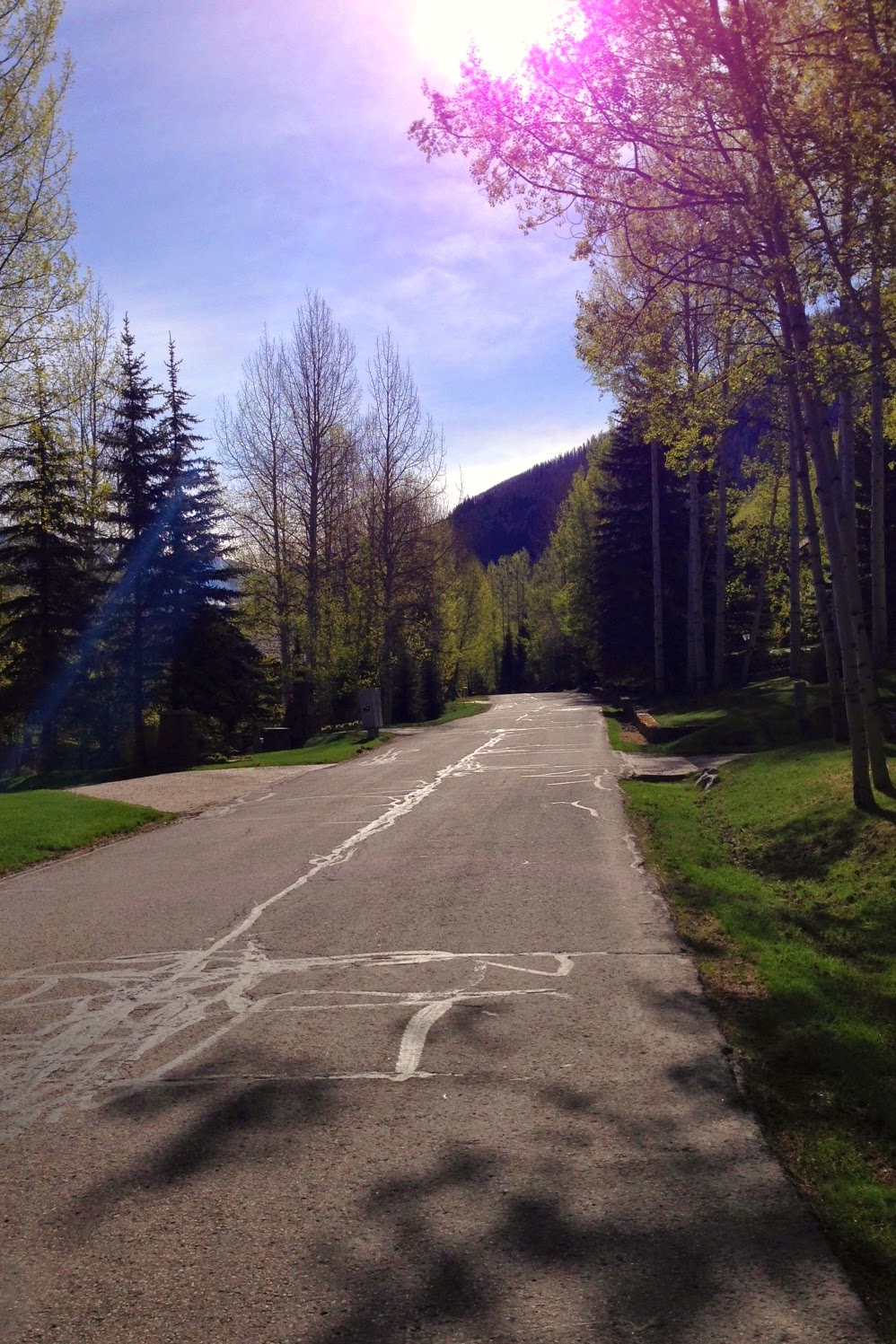 His answer? "You need to do this." 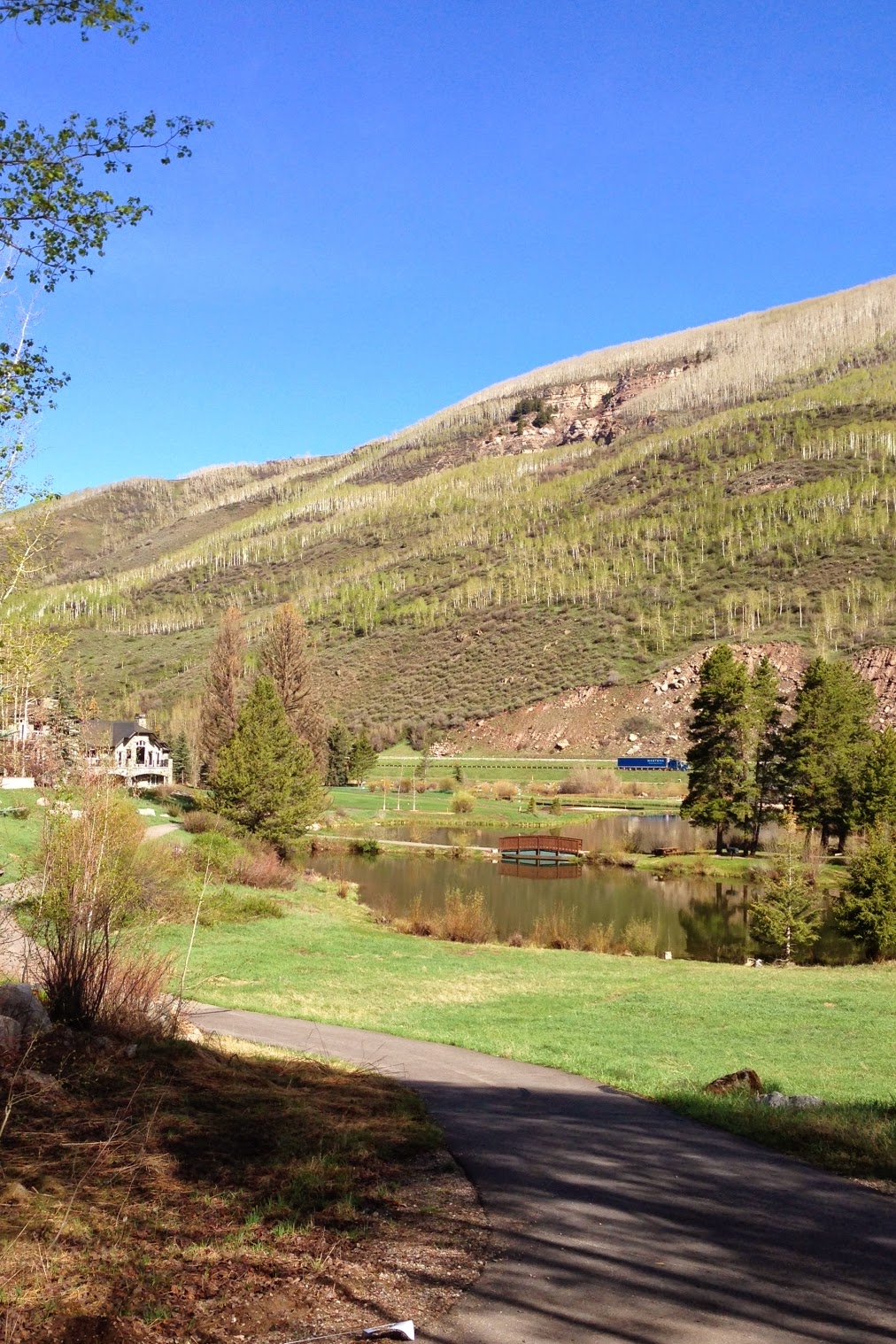 I wasn't sure if it was something like getting back on a horse after a fall, or getting in a car after an accident. But it felt something like that...I needed to "get back in the race" from a mental and emotional standpoint. It's been hard to see myself as a healthy person these past five weeks since the injury.

What I didn't know was the Lord's other reason for sending me out onto the course. 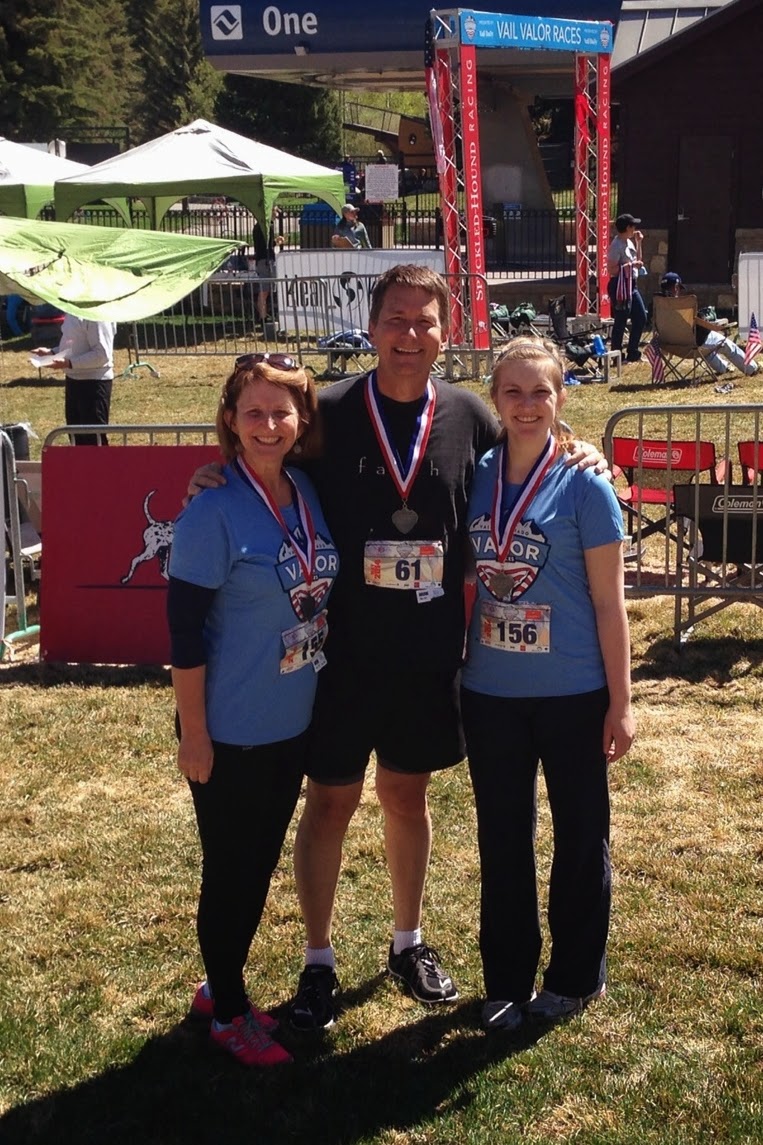 While it was a slow walk, there definitely was a feeling of triumphant pain as I crossed the finished line.

I'm proud to say I walked the entire five miles without stopping, albeit very slowly: out of 75 participants in that race, I finished 71st in 1:29. But I DID finish!

The rest of the day I was in quite a bit of pain though, and really wondered if I'd heard the Lord because it sure didn't feel like I'd done what was right. Sitting down for coffee and food afterward was the greatest relief. 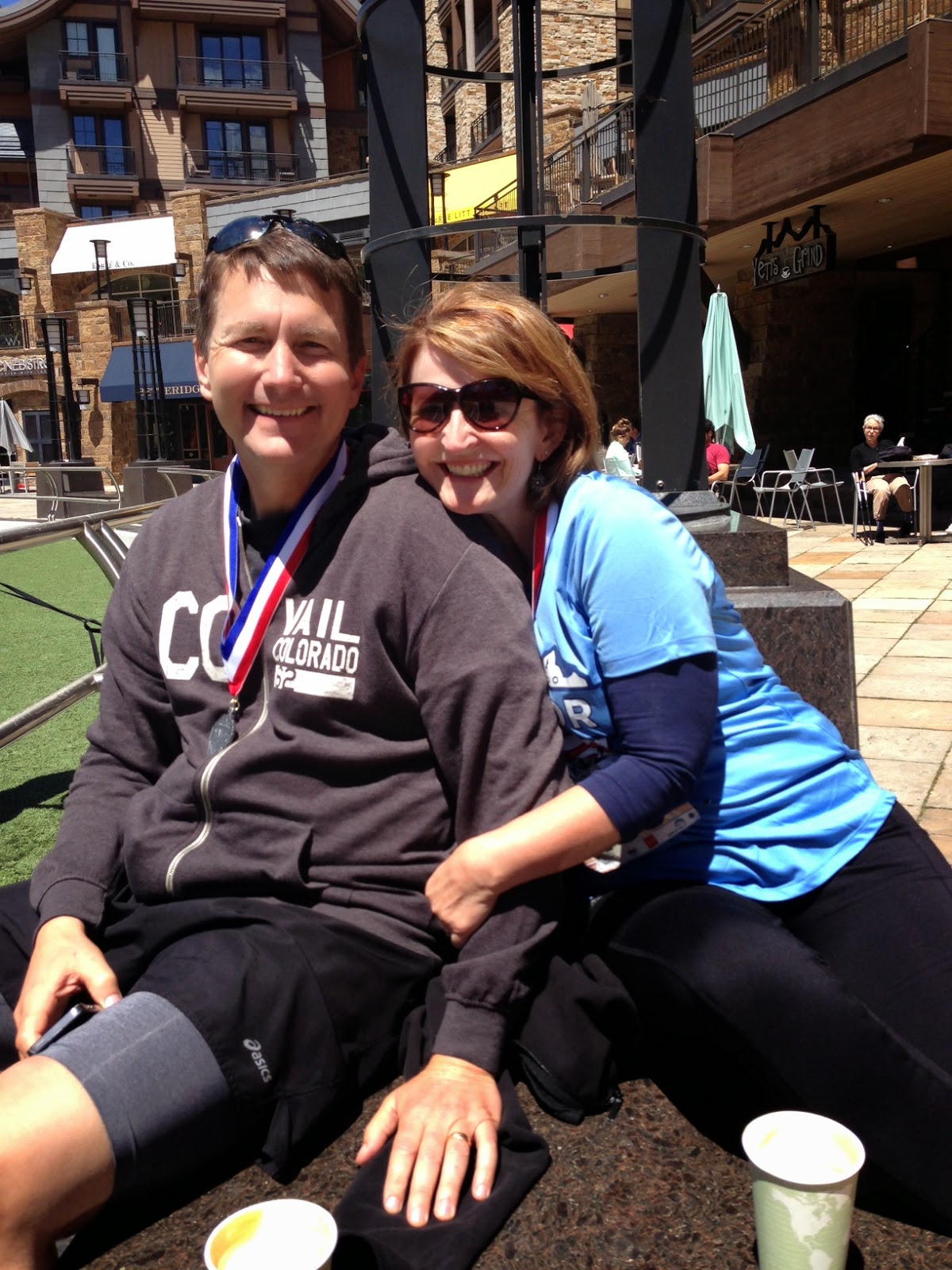 But this morning when I woke up, I knew something was different. When I put my foot down on the ground to take a step, I was able to bear weight on my left leg for the first time - something that hasn't been possible for the past five weeks.

As the day progressed, while doing wedding errands, I grew stronger and had more and more flexibility and endurance. It was almost as if I didn't have an injury at all. I felt a slight twinge, but not the pain I've endured the past weeks. I'm not even limping tonight, which is amazing!

Since I'm not a medical person, I don't know what happened in reality. But I can tell you what it felt like: the ligament was not healing properly, the scar tissue that had formed actually needed to be torn again, I needed the extended "stress" on it in order for that to happen, and now it's finally in the right position to heal and/or IS healed.

Or another explanation? A lot of prayer has covered this injury and it may have just been the Lord's timing to bring relief and healing. In any case, I am in a whole different place tonight than I've been in for a while! 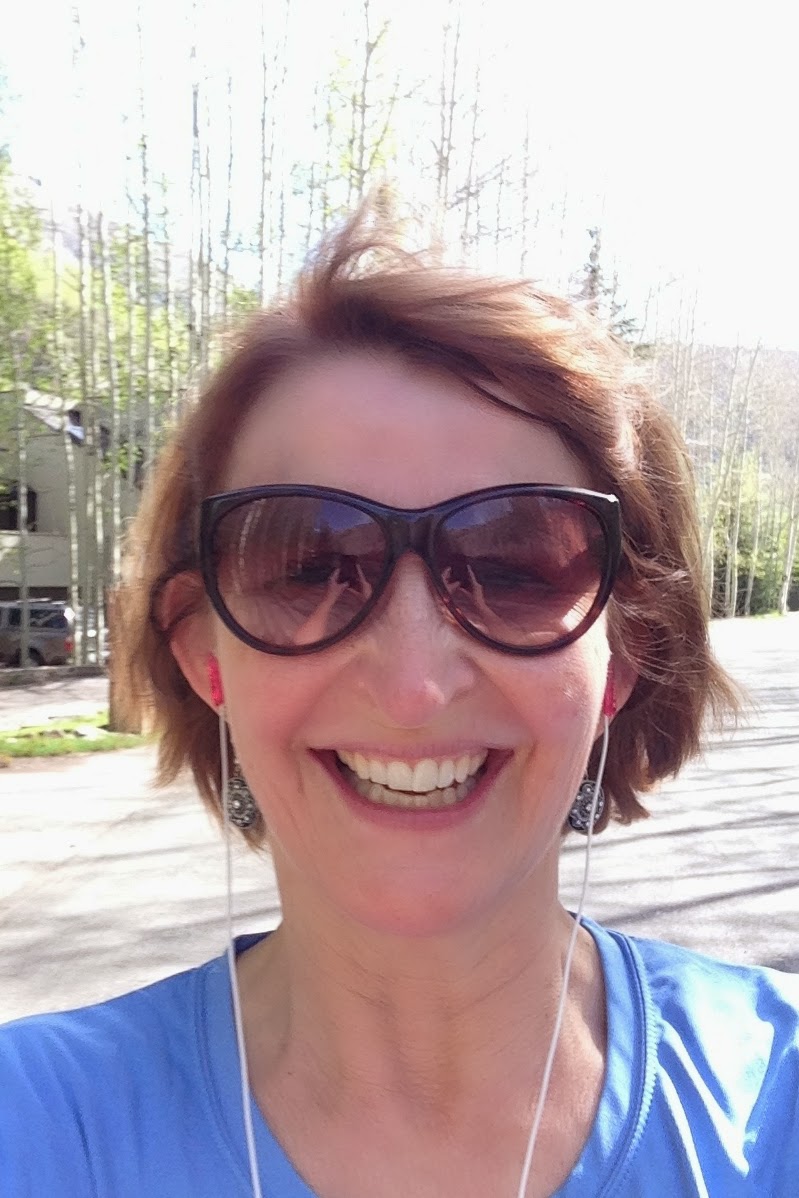 As a side note: Vail Valor Race partners with Vail Veteran's Program that provides programs for American's wounded service men and women. Every runner yesterday was given the opportunity to race in honor or memory of an American veteran. Additionally, one of our US military men who lost both his legs in Afghanistan, ran on his blades and gave a short speech at the end of the race about what the VVP meant to him. It was very moving.

I raced in honor of my father-in-law who served in the US military, and Dave ran in memory of his uncle, Sid Hendry, who also served in the military. 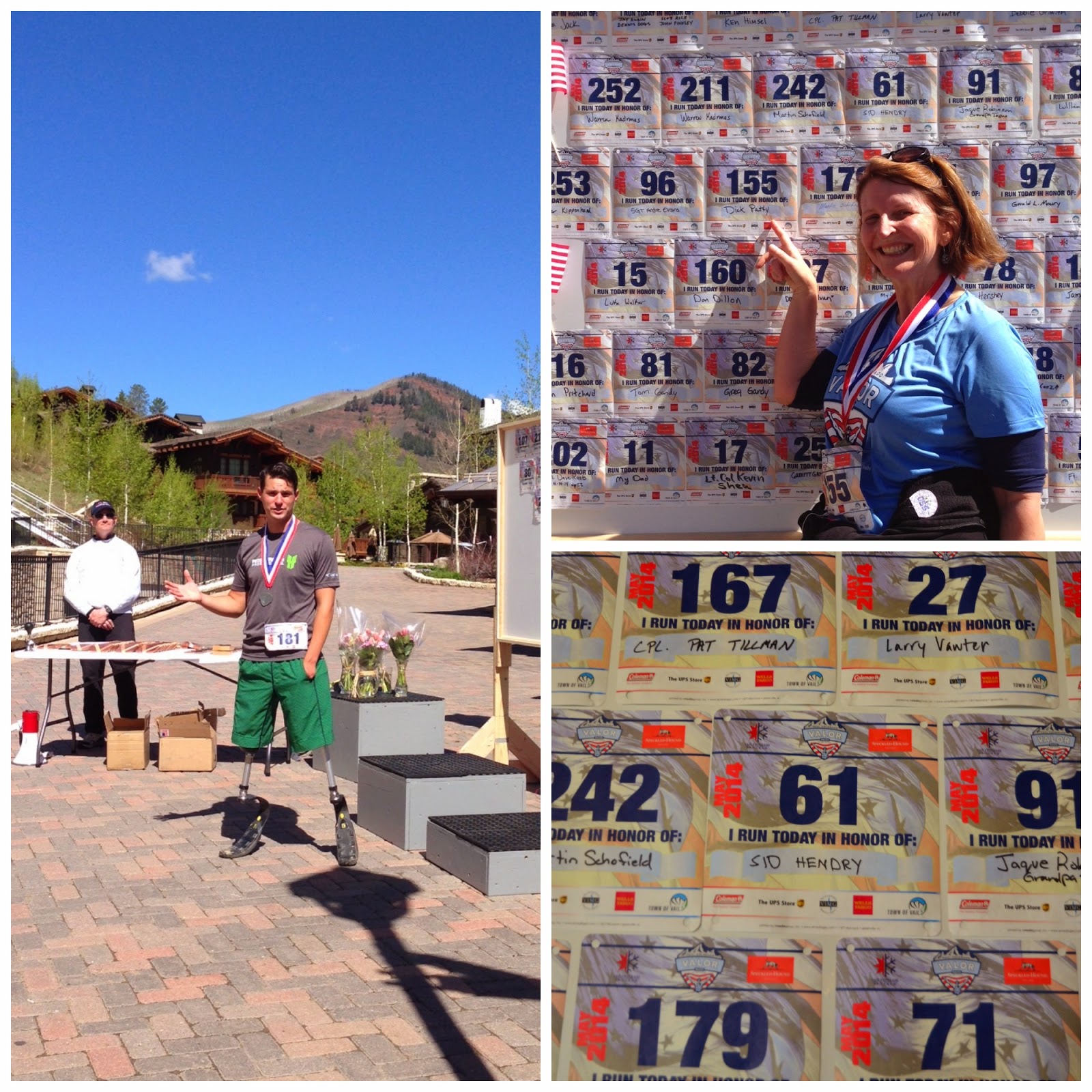 It was truly a day and a race that I'll never forget.
Posted by Unknown at 5:00 AM