Today is an important event in the life and ministry of Josiah Venture.

It's the start of "Amazing Race 2015" for all 110 of our summer interns who just arrived into Prague!


Most of the American interns flew through the night and arrived today, though Caleb, Haley and Jacob had time in country already with their families (since they live in Slovakia, Czech and Poland) so they're not feeling the jet lag that many of the rest of these interns are, nor are the 30 interns who are nationals! 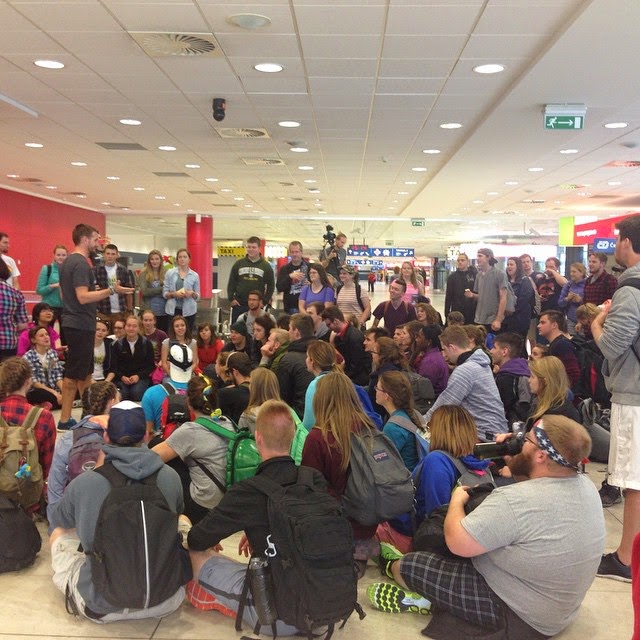 No matter what state anyone arrived in (I heard some arrived sans luggage and some had flight delays), their summer internship started right away at the airport.

After receiving instructions, they were sent out in the teams they'll serve with this summer to complete challenges throughout Prague, like blowing a ping pong ball up the castle steps. 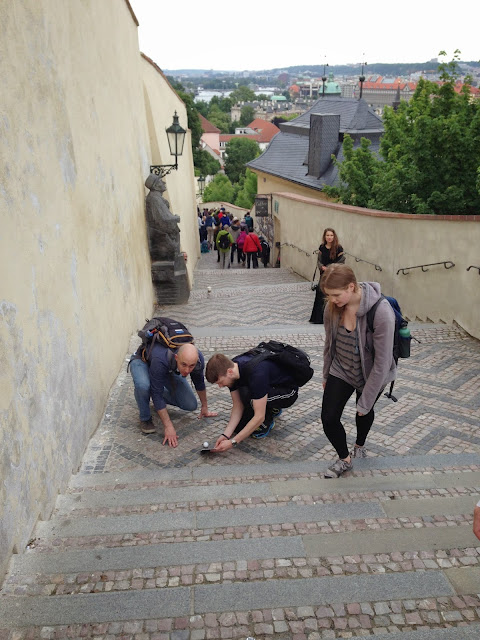 And playing human BINGO on the Charles bridge (with strangers!). 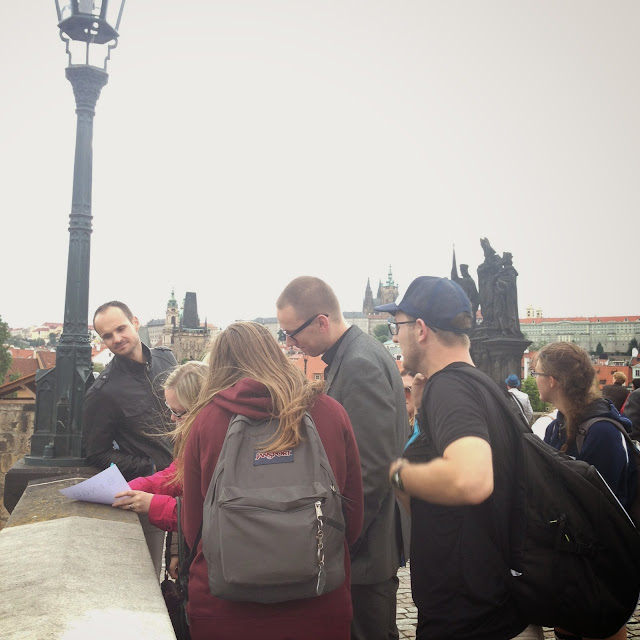 I heard there was some folk dancing they had to learn along the way too! 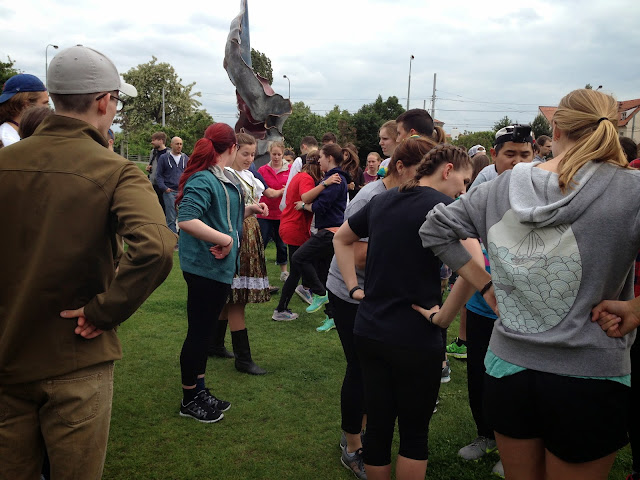 Aleisha (pictured at the top with Caleb, Haley and Jacob) was so kind to send pictures to me throughout the day (she's part of our JV team putting on the Amazing Race so is in Prague right now), so all the above pictures are hers. But just as I was about to wrap up this post, I saw one come through on Instagram...and I recognized those people! 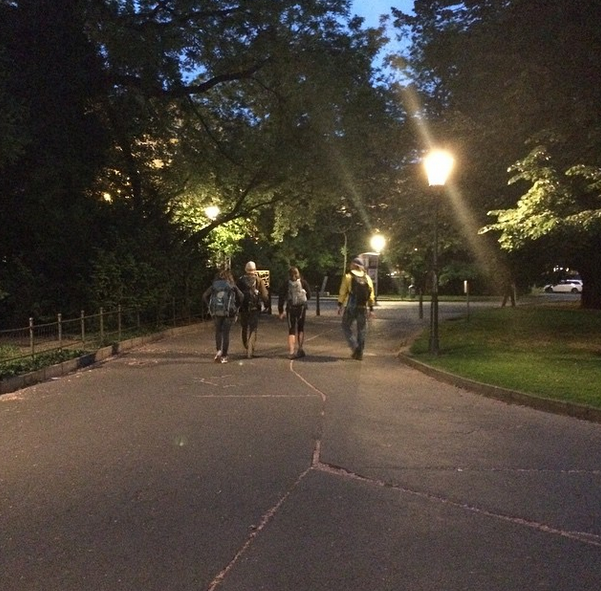 That's Caleb and Haley's Bulgaria team, completing challenge number 9! I have no idea if there are still more challenges to go tonight, but at least I know they're making progress.

While the Amazing Race is meant to be a fun way to start the summer, it's also for the purpose of bonding teammates together, to learn how to work with each other, to solve problems, and grow in their character. Ultimately we pray they deepen their trust and dependency on the Lord as they live out and share the Gospel this summer.

They'll be stretched in many different kinds of ways in the coming months. This is just the beginning!
Posted by Unknown at 10:50 PM