Our JV English camp team, along with many of our JV staff, put on an incredible "Amazing Race" across the Czech Republic this year.

OHHHH the hours that go into making sure every last detail is in place so that 110 summer interns end up in the right places! So very proud of our team for all the work they put into this event.

While we (as in, our JV staff) have been doing the race for nine years, I've never been on one nor been at the finish line. Until today!

We got messages and phone calls this afternoon that the first six teams made it through all the challenges in Ostrava and were on the train heading to Frydlant, the town we live in. So I jumped in the car and headed down to get a glimpse of them as they raced toward the finish line. 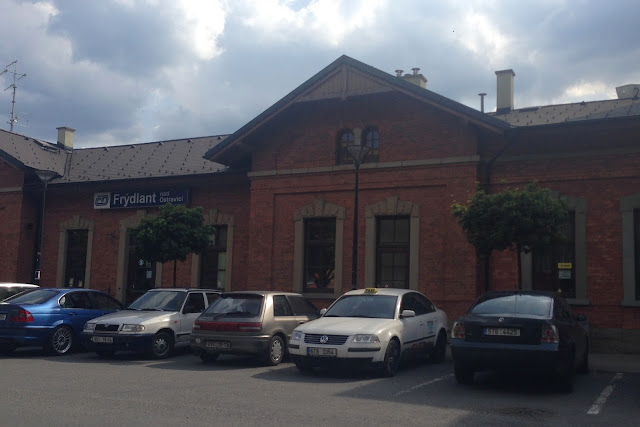 The first teams to appear sprinted out of the station as they headed towards their last challenge of finding the "Náměstí" (town square). Keep in mind that they don't know what that word means, and anyone on their team who happens to speak Czech is "handicapped" and not allowed to explain! 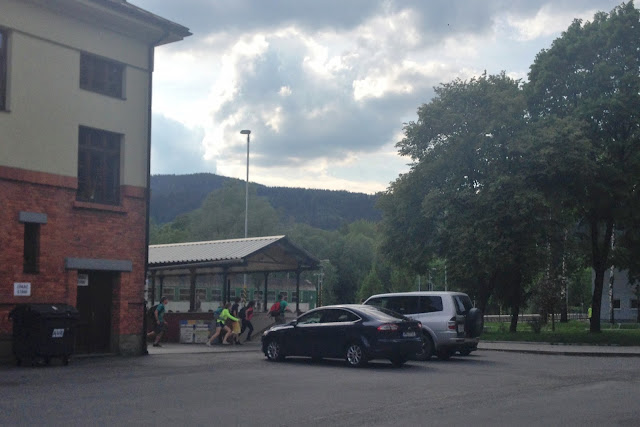 But that didn't stop them one bit. 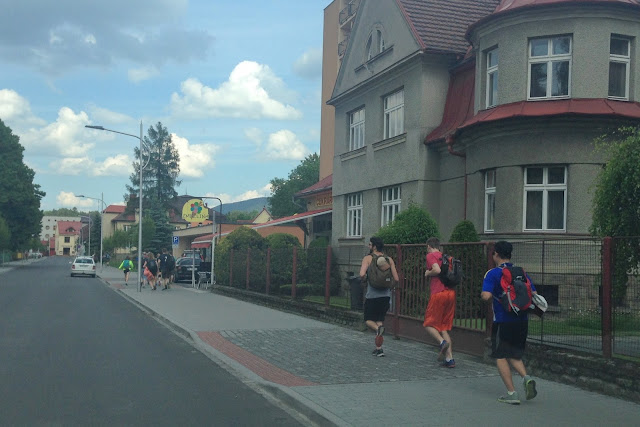 As I drove down the street beside them (I'm sure they were wondering who the lady was taking pictures out of her car window!), I could hear them shouting out to strangers along the way, "Náměstí, Náměstí"?? 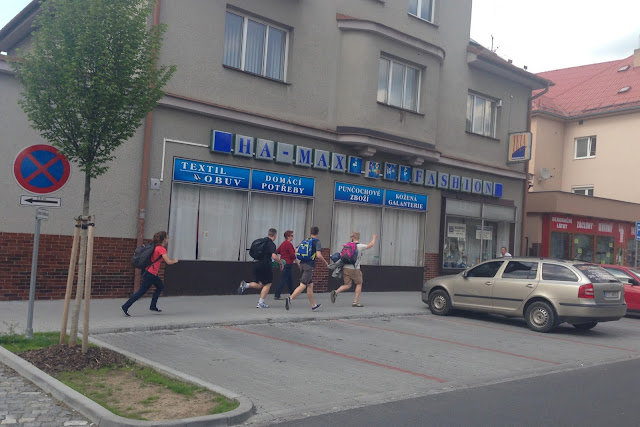 Knowing they were getting close, I quickly drove over to the Náměstí to watch some of the first ones race in to receive their final challenge. 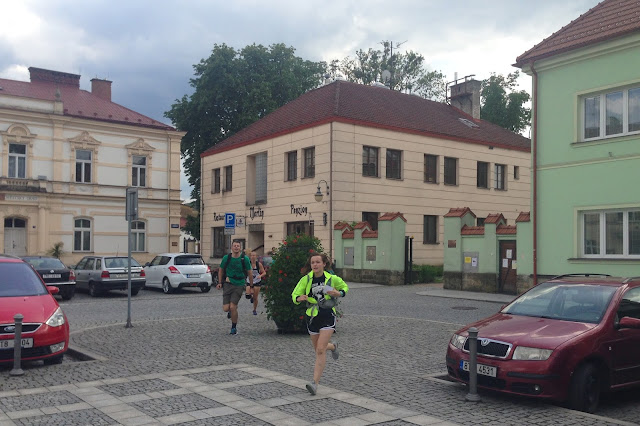 Which turned out to be a test on important facts they'd learned along the way about JV! 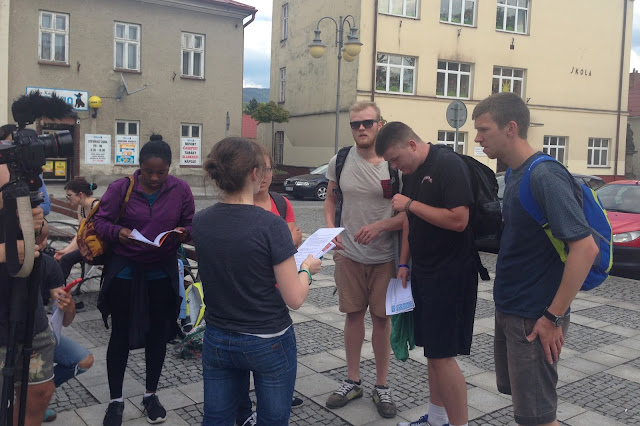 They had five minutes to prepare for the test, then met with Casey, our English camp leader, to answer questions. 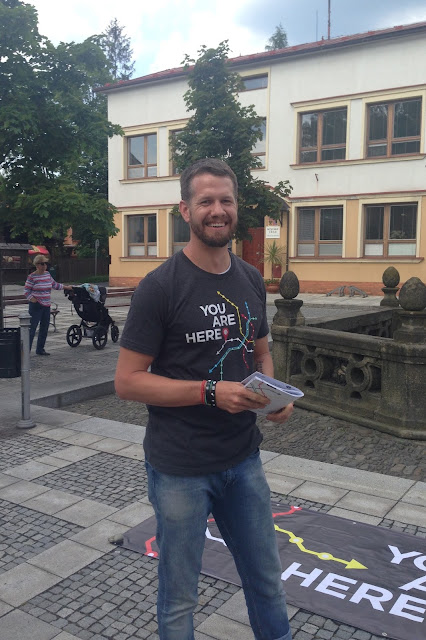 The first ones to answer all the questions correctly and win the Amazing Race? Team Estonia!

I heard that teams from their country have come in last in past years so it was an exciting victory today to see them win! 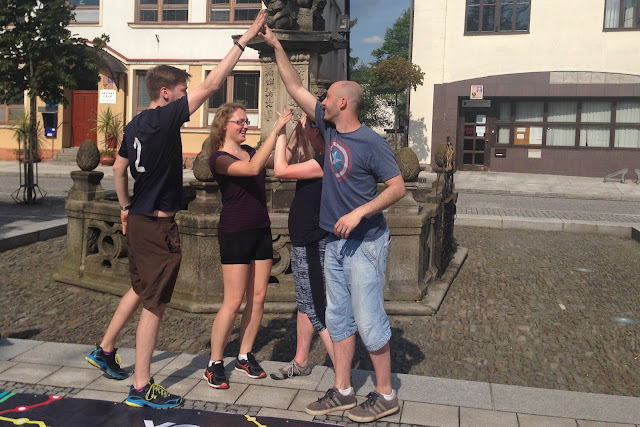 But just because the first team is done doesn't mean everyone else stops trying. Oh no! Everyone has to pass, even if it takes three or four tries. And if you don't pass, you go back to the end of the line and wait your turn to try again!

Oh and one of the rules? No asking any JV staff for help! So we all stood around, cheering, praying, and hoping that they'd eventually get it right! 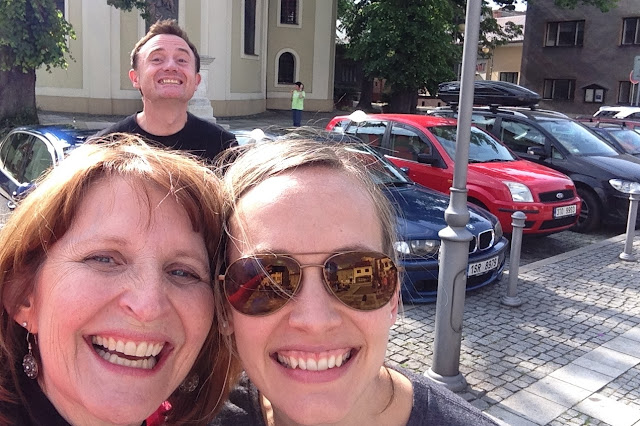 While the first six teams were still working on passing, the next set of teams arrived into the square. 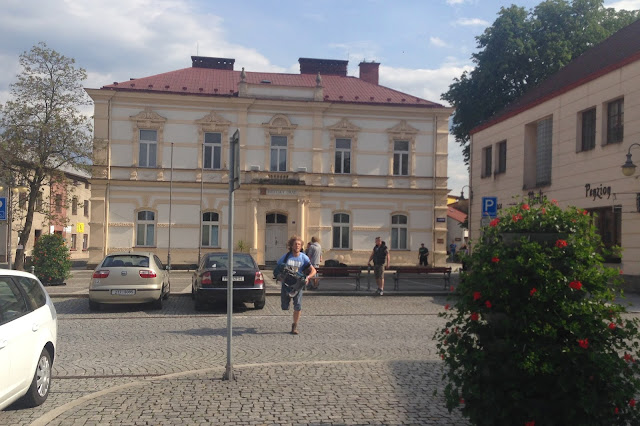 And it turns out I knew the first team to arrive in the second wave! 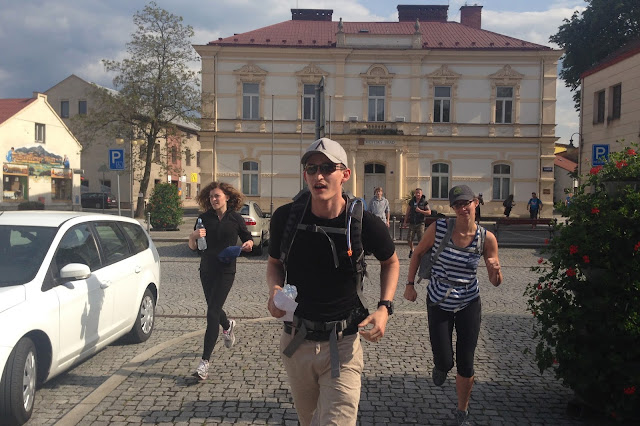 Caleb and Haley's team, who will serve in Bulgaria this summer, got their instructions and then the clock started ticking on their preparation to take the test. 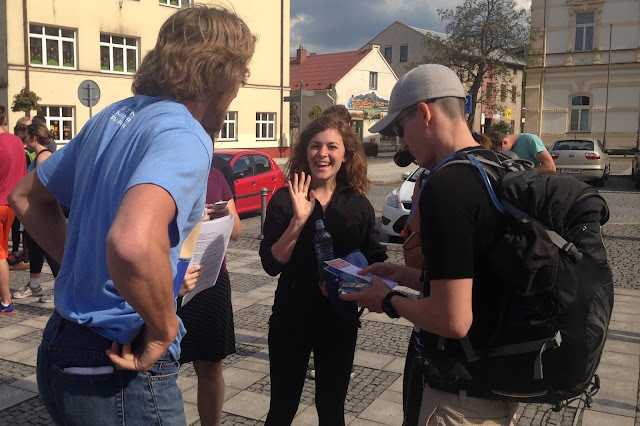 I could barely even say hi since I didn't want to get in the way of them completing their final challenge of the Amazing Race. 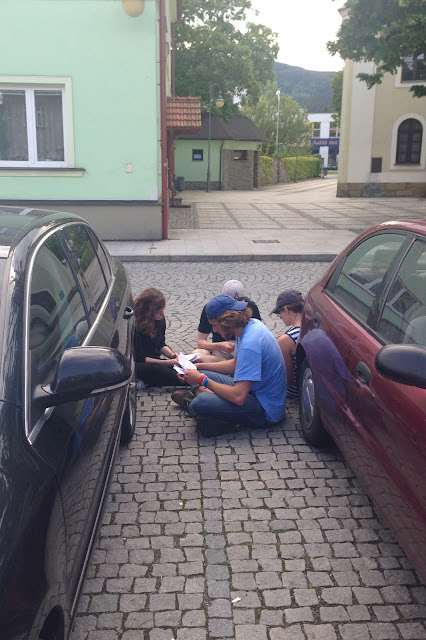 There may have been a team that passed on the first try, but I didn't see one. Poor teams! It wasn't an easy test to pass. Team Bulgaria gave it a good shot, but had to go regroup and try again. 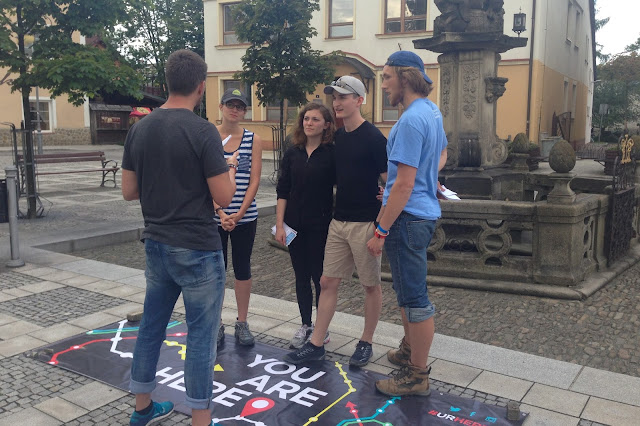 Right behind them was Jacob Hash's "Team Poland", giving it a try. They didn't pass either! It was SO hard to stand by and not give any help or hints. 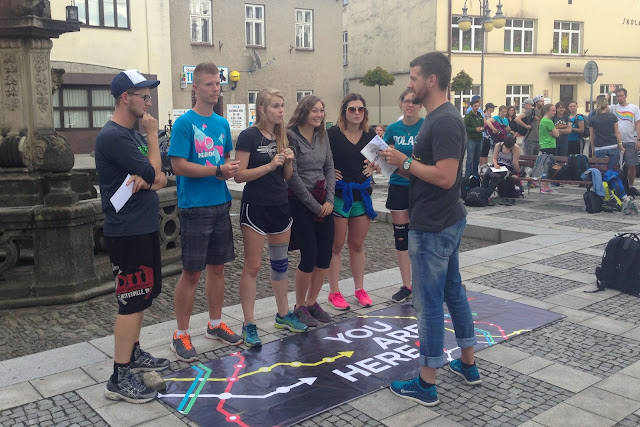 Thus it was a very happy moment when Caleb and Haley's team finally got it and passed, giving them 7th place out of 23 teams! 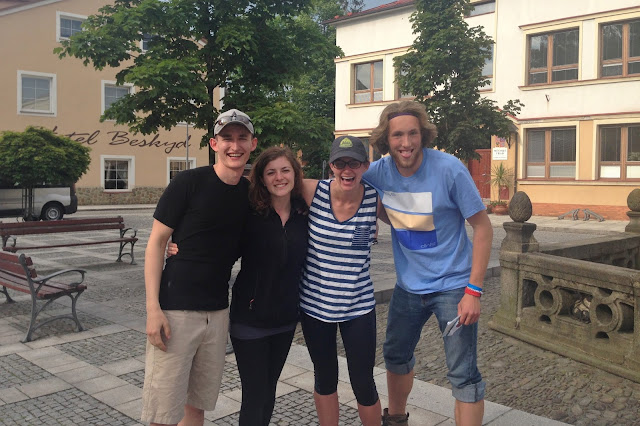 They've all run hard these past three days, enduring more than they probably thought possible. So proud of everyone, including my sweet daughter-in-law Haley, for giving their all on the Amazing Race. 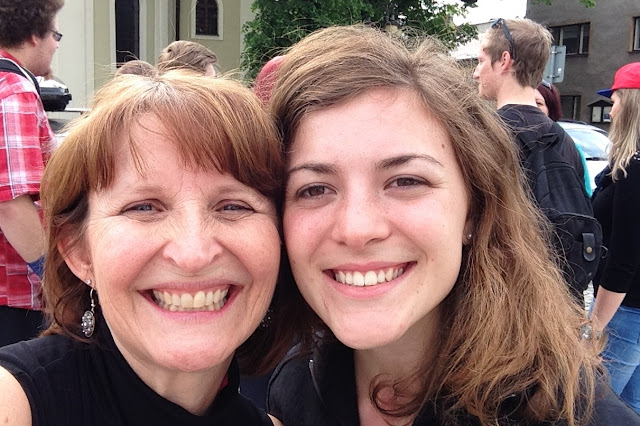 And who would've ever imagined that these lifelong best friends, kids who grew up together in JV, would run their first Amazing Race together as summer interns?! Loved seeing them together again.


All the teams were on their own for dinner tonight before heading up to Malenovice and getting settled in for the next five days of training.

While Caleb was "handicapped" in the race because he grew up here, he was free to kick in his local knowledge once the race was over! Wanting to go to one of our favorite restaurants, just down the road from our house, I drove them over there, handed him the keys so he could drive to the hotel afterward, and walked home! 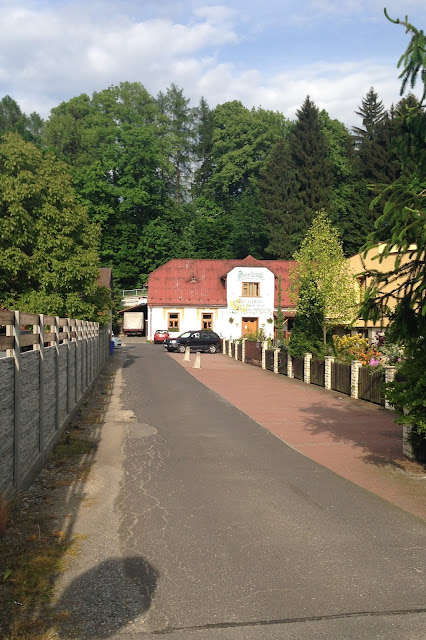 These next days will be important for the interns as they prepare for their summer of ministry, bond as teams, and grow in their walks with the Lord.

Pray for these dear servants who will spread out over Central and Eastern Europe to share Jesus with young people, that there will be many who will come to know Him through their faithful witness.
Posted by Unknown at 9:43 PM