A Celebration, of Sorts

For over two years, I've had a puzzle going on in my brain.

I haven't worked on it every single moment of every day for those two years. But it's been like a program running in the background on a computer...spinning and spinning, yet never getting to its end.

I've prayed and talked to others about it. I've pondered and tried out all sorts of solutions to it. I've tried leaving it for a month and coming back to it. I've woken up in the night thinking about it. I've sat for extended periods of time trying to figure it out.

In fact, I've walked, run, sat, laid down and nearly stood on my head, all in hopes of being able to figure it out! All to no avail.

But today. When I least expected it. After yet another attempt to solve it. It came.

The puzzle is solved! 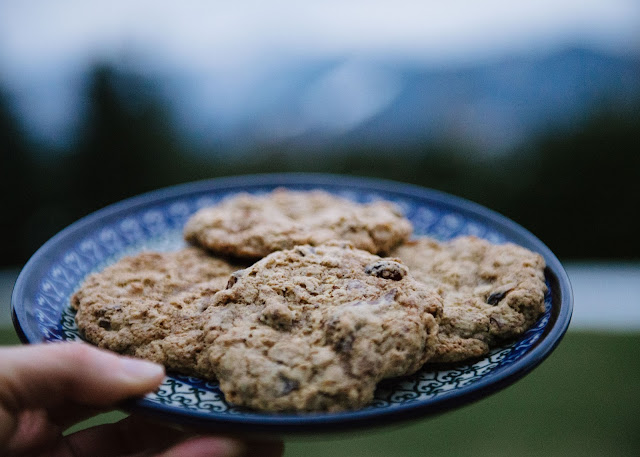 For one thing, it's a great new gluten free recipe that is definitely worth a try if you're needing something sweet! I haven't baked in ever so long so took my time finding something that was worth the effort today. This one definitely is!

Check out the recipe for Almond Oatmeal Cookies here. She added dried cherries, but I replaced that with dried cranberries and a little bit of chocolate. So delicious!

The reason I baked cookies this afternoon? To say thanks to my dear husband, Dave, for his help on the puzzle.

The puzzle of a title for my book.

"How could you write a whole book and not know the title?" you may ask. Well, that is a little strange, I admit. I've honestly felt like a mom who has a two year old child, who could never come up with a name for her. That's been an awful feeling.

My book has several beautiful (I think!) themes, threads that weave throughout the book. But I never found the right title to tie all those themes and thoughts together. Certainly not for lack of trying! You can't imagine how many titles this book has had thus far. But none ever settled into my heart as the right one.

I woke up this morning with such a pressure on my spirit to work on it. But that's against the backdrop of having spent several hours on it just yesterday, when I made no progress. So the fact that I woke up and felt a sense of urgency said something to me. I sensed the Lord telling me, "Don't give up, keep at it, it's there for you to find."

So after breakfast I asked Dave if he would think about it with me once again. He kindly answered yes (as he has many times in the past), and after several hours, when I least expected, the title came shining through, out of his mouth, as if it had always been there.

So sorry to say I'm not able to share it yet; it has to go through the proper channels of being confirmed.