Pulling up in front of the cultural center in Frýdlant this evening brought back so many memories. 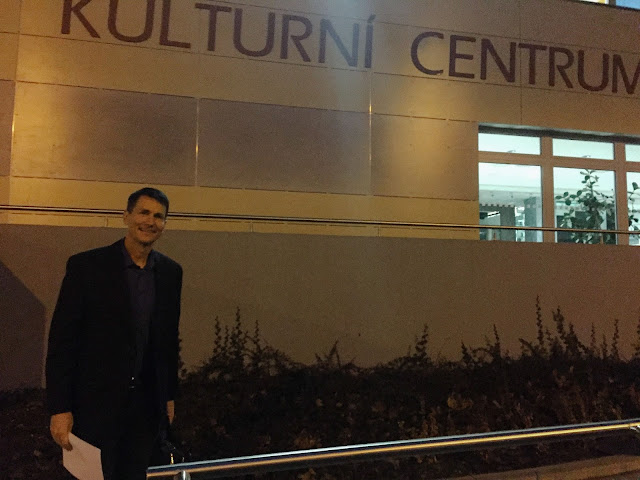 We've attended concerts, balls, conferences, recitals and other events here over the past 15 years since we moved to Frýdlant.

But tonight's event was a first. 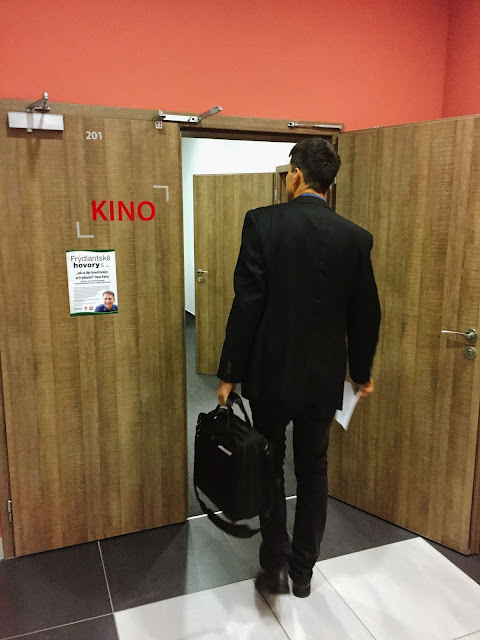 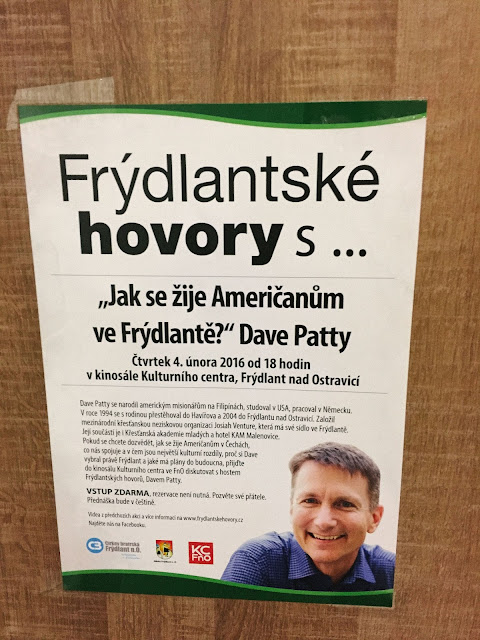 In cooperation between the city of Frýdlant and our local church, they've been hosting these 'conversations' for the past four years as an opportunity for local townspeople to come listen and discuss life with various prominent personalities from around the country, who come to speak on topics of culture, economics, community, academics or sports from a Christian perspective.

Dave is not a prominent personality in the country! But he IS an American living here in Frýdlant so they thought he'd bring an interesting point of view to the conversation. 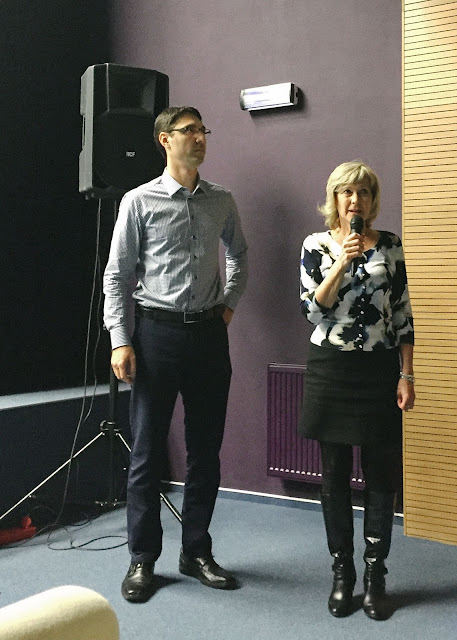 Our friend, Dušan, and the mayor of Frýdlant, opened the evening with a few words of greeting to the 90 people who came, and then Dušan introduced Dave. 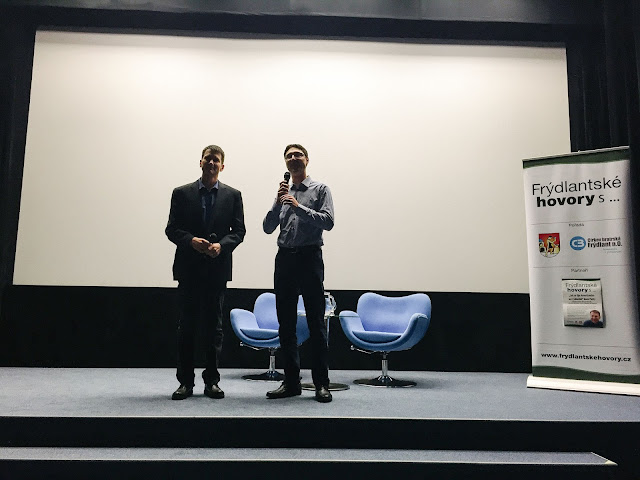 What followed was so dear and winsome! In a comfortable and informal manner, Dušan asked Dave some questions to begin with. 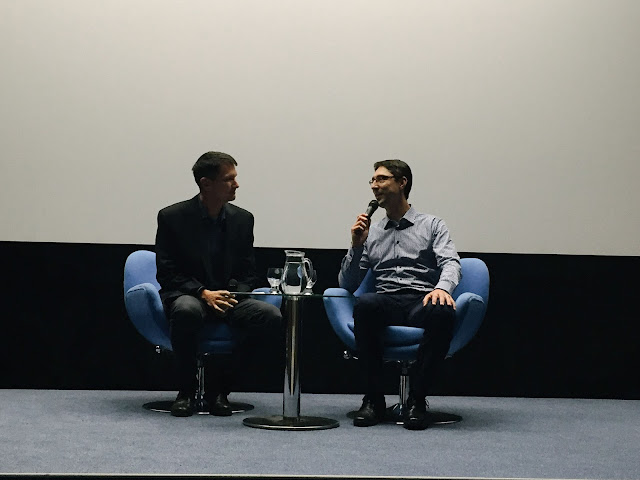 And then Dave spoke for 45 minutes, sharing our story of how we came to the Czech Republic nearly 23 years ago. 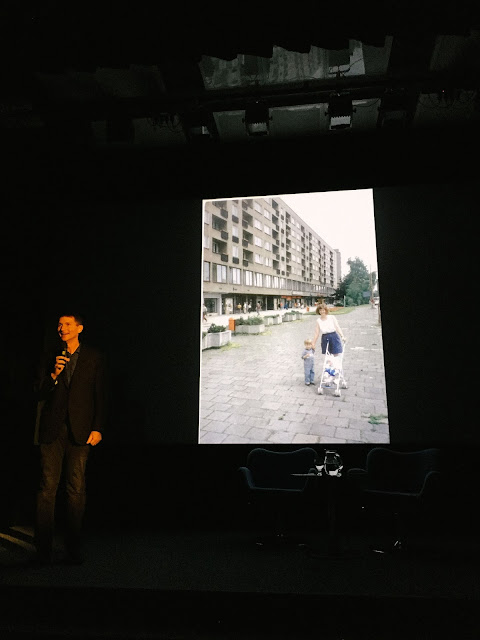 He told stories that got people laughing, and even clapping at one point, sharing what it's been like for him as an American to live here.


He was also able to openly share about his faith and the work of God going on in the Czech Republic, as well as throughout Central and Eastern Europe. 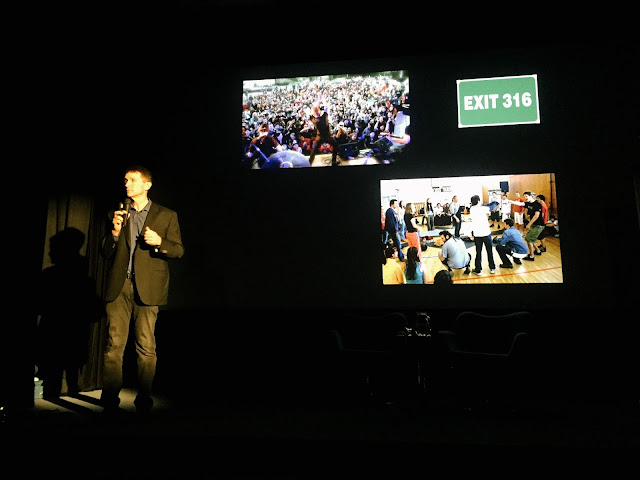 Once he finished with what he'd prepared, they opened the mic up to anyone who wanted to ask him a question.

They asked great ones like, "Why is it that people only like America when the world is in crisis and they need leadership?"

"What's the difference between the Czech school system and the American one?"

"You say that you work with the church, what do you mean by the church? What exactly is that?"

"What kinds of food were the biggest surprise to you here in Czech?"

"How long did it take you to learn the language, and how did you manage living here before you learned to speak?"

"Have you seen any changes in the way people relate in stores or in offices since you moved here? Has it gotten better?" 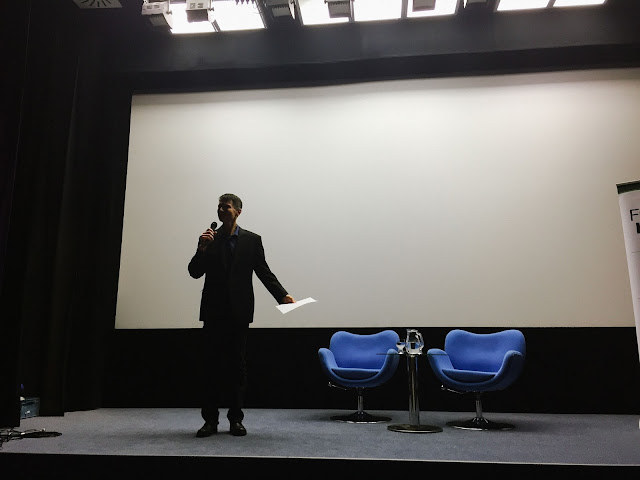 I was SO proud of Dave as he stood there and fielded all those questions! It's one thing to prepare what you're going to say. It's another thing to be asked a question and have to respond immediately. He was gracious, open, warm and kind with his answers.

Our prayer going into this evening was that Dave would be a fragrance of Christ, sharing himself and his faith in an open, genuine manner so that the dialogue about God would continue in this town. We pray God answered that!
Posted by Unknown at 10:17 PM