Yesterday was a bit of adventure for Dave and I as we tried making our way across the United States from California to Florida on this trip where we're sharing about Josiah Venture. 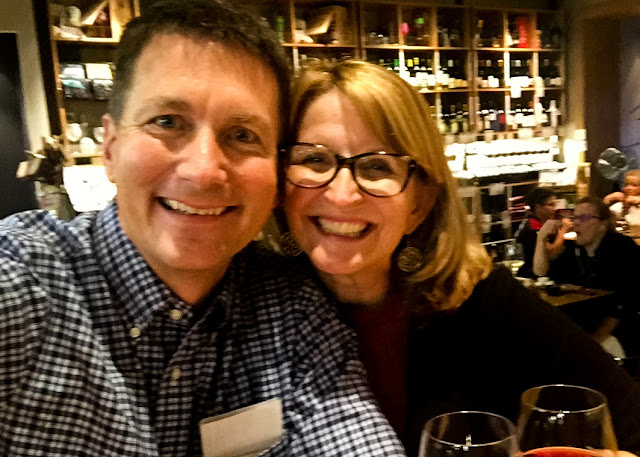 Our flight out of San Francisco was delayed an hour at a time, beginning at 2 PM when it was supposed to have left. First they said we'd leave at 3 PM, then 4, then 5 and so on.

Finally at 7 PM, after a new plane was brought to the gate, we were able to board. 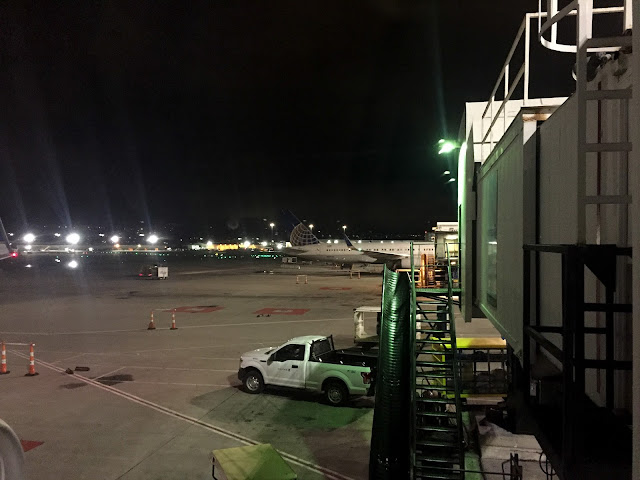 And that was my view for the next hour and a half while they had to fix the NEW plane that had been brought for us to head out on!

But you sure don't want them to take any chances so we practiced patience as we sat there waiting to find out if we'd leave or not. 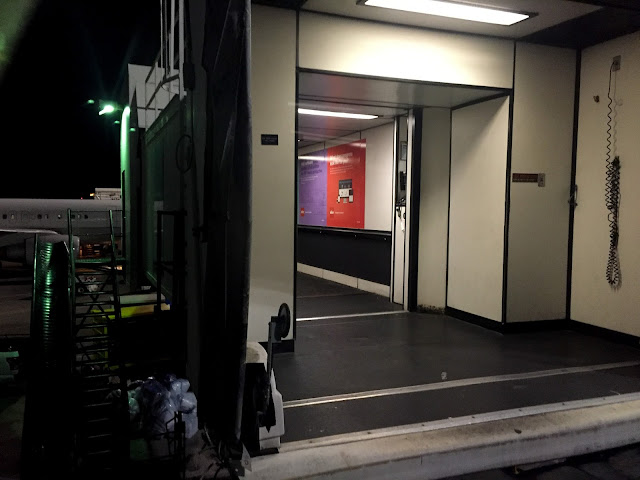 And here we sat for another fifteen minutes. Time seemed to slow down to a crawl. 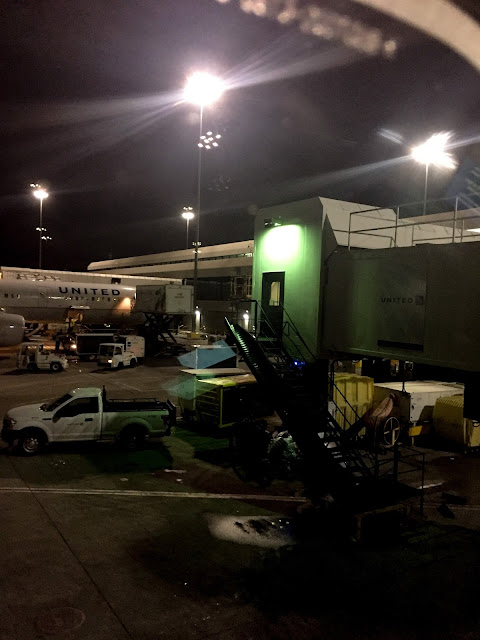 By this time I was really beginning to wonder if we'd actually make it out or not. And throughout the plane you could hear murmurings of people wondering the same thing. Even the flight attendants voiced wonder about our prospects.

But finally, ever so slowly, we pulled away from the gate. 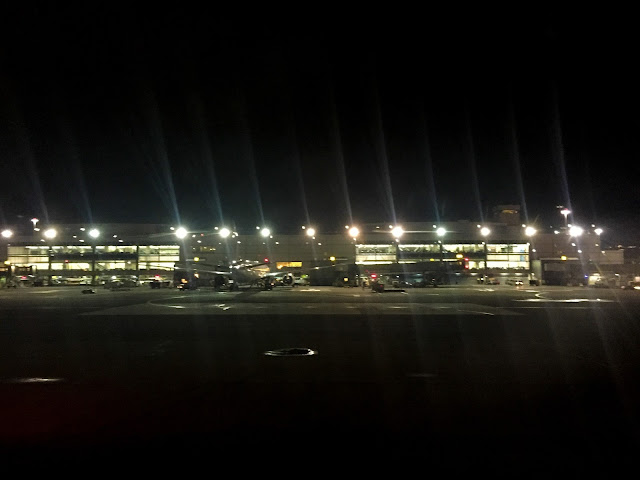 As we sat here, away from the gate but not yet out on the runway, the pilot came on to say we were further delayed by air traffic control because of a change in our routing. At this point everything just seemed funny!

It wasn't until 9 PM that we finally left the ground! 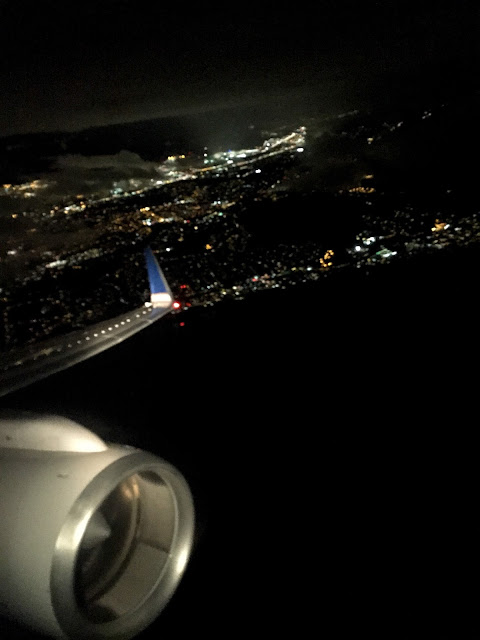 That was seven hours later than we were supposed to depart.

I'm actually still in the plane as I type this, with an arrival time in Orlando of 5:10 AM. I was just beginning to wonder if I'd see the sunrise from the plane when I decided to look it up (thankfully I've got wifi on this flight).

No telling if the rental car agency will be open at that point. If not, it will be an adventure figuring out how to get to our friends' house an hour or so away from the airport.

But this is just the stuff of life. There is nothing to get upset about it - they're doing their job of keeping us safe! I'd sure rather be safe than not make it there. So I'm glad they checked and double-checked...and even changed planes in order to keep us safe.

I see the western coast of Florida from the window now! We'll be landing in a half hour or so. It's been a long day, but I'm glad to almost be at our next destination safely.
Posted by Unknown at 10:41 AM