Tonight I'm near the Vienna airport, in a hotel with Dave, about to go to sleep before tomorrow's flight to the US.

But before we left home today, there was one last thing to do. 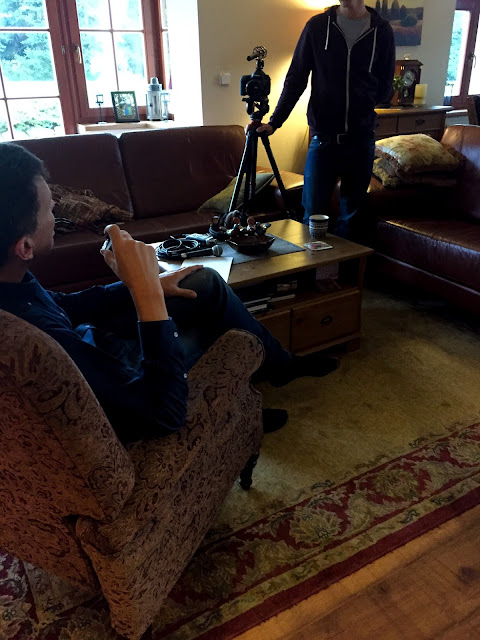 The incredibly significant Josiah Venture project that I've been working on all year, and have affectionately alluded to as the "PR project" (PR does NOT stand for public relations!), got a little bit more incredible with some recordings that Dave made for it this afternoon.

Of course it took longer than anticipated. Things of significance always seem to have that characteristic. And all the while, the clock was ticking down towards our ride to the train station, so it was a bit "nail biting" if we'd make it or not. 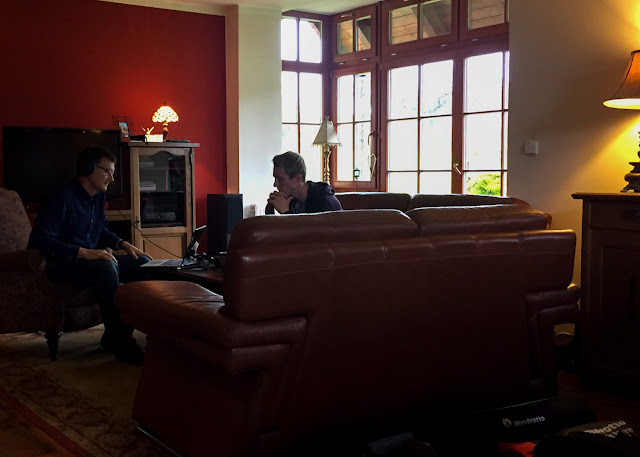 After writing and rewriting, recording and re-recording, the finished product emerged and we all felt satisfied with it. So thankful for Dave's willingness and dedication to hang in there until we got what we all wanted!

I can't even begin to tell you how excited I am about this project, and the far-reaching impact I believe it's going to have on God's work in this region of the world. The reveal is not too far away now!

When all was said and done, we made it to the train station with fifteen minutes to spare ... and more when we found out the train would be a half hour late!

What to do when it's freezing cold out on the platform? Head inside for coffee and a bite to eat! 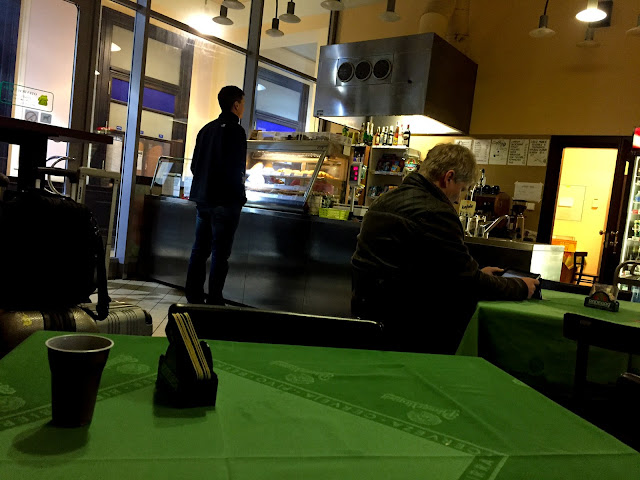 The eventual train ride was smooth to the "Hauptbahnhof" in Vienna, where we then hopped on another train out to where we're spending the night.

Tomorrow, bright and early we'll be on a flight heading to Chicago, our first stop on our month long trip to the States. The month ahead is a very full schedule, but we're excited about what God has ahead.

More to come later from the other side of the ocean!
Posted by Unknown at 10:28 PM