Walking down Chicago streets this morning, on our way to Moody, I prayed the Lord would direct and bless each conversation and interaction we had today.

Who knew the first one would happen so quickly! 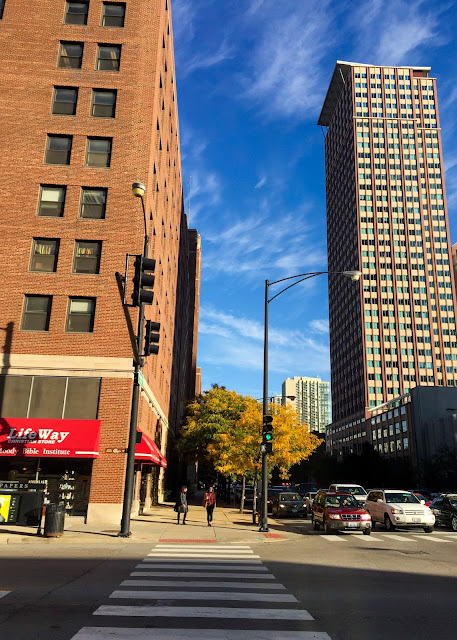 We'd been in the student commons area no longer than two minutes when all of a sudden someone appeared in front of us. 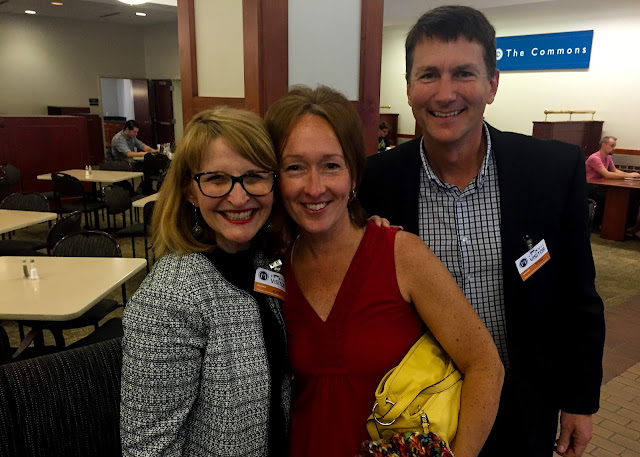 This is our very long-time friend, Neva, who served with us in our Malachi Ministry days in Germany! She was at my bridal shower and our wedding...that tells you how long ago it was (nearly thirty years in case you don't know).

A graduate of Moody herself, her daughter is a freshman here; we had no idea. Yesterday she brought her back from fall break, and somehow saw that Dave speaking in chapel today so arranged to spend the night with a friend in the city and showed up this morning!

She and her husband served as missionaries in Ukraine for thirteen years with their family, and returned to the States four years ago. I can't even remember the last time that I saw her, though ironically had her daughter in our home in Czech a few years ago when she came on an exchange trip from her high school in Kiev who partnered with BMA, the high school our kids went to in Frydlant. Small world! And totally delightful way to start the day. 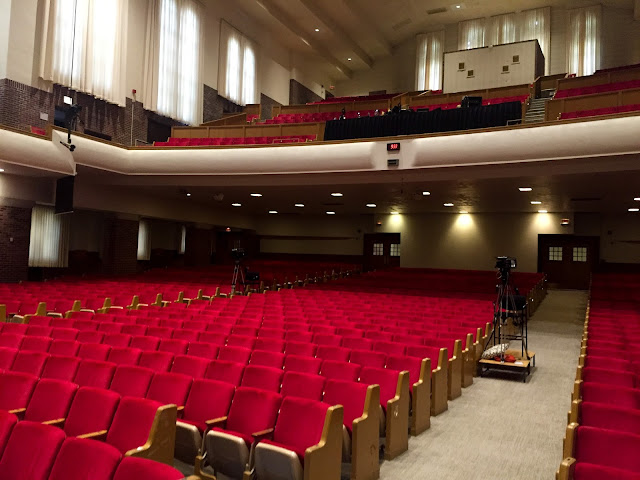 We headed into Torrey-Gray auditorium and had a chance to greet staff and students we know as everyone began to fill seats before chapel began. After worship, Dave was introduced and began to speak. 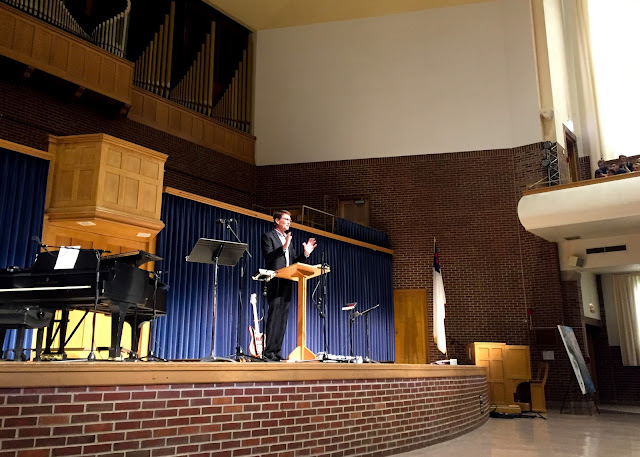 He spoke from the text in Matthew 28, known as the Great Commission. But it wasn't ABOUT the great commission. It was about the verse just before Jesus spoke those memorable words.

"When they saw him, they worshiped him; but some doubted."

It was a powerful message about not getting derailed or distracted by doubt, a tactic of the enemy to draw followers of Jesus away from the mission of making disciples. When the message is posted, you'll find it HERE, under Fall 2016 chapel talks.

Joining us today on campus, to interact with students and talk about JV summer internships, were these two couples from Poland and Slovakia. Both were married just one month ago, a day apart from each other! 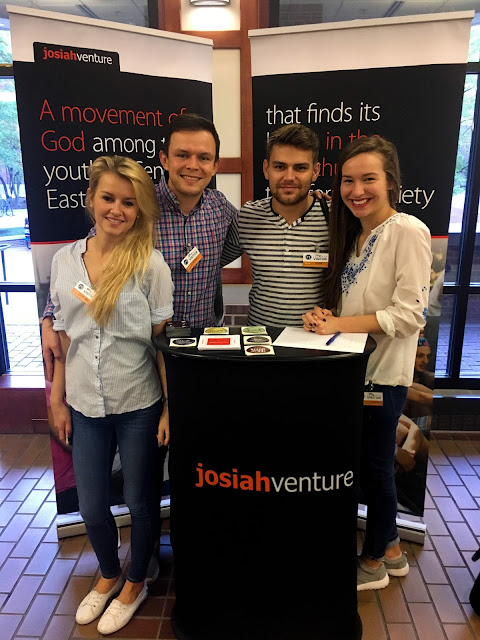 During lunch, I loved hearing them share about what God is doing in their countries, along with what Dave shared about JV to interested students. 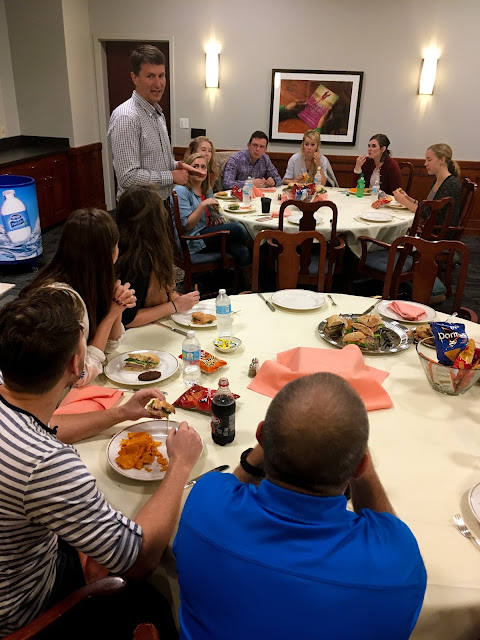 We already have 70 intern applicants for next summer, and are hoping that the fall recruitment tour to Christian colleges around the nation in the following weeks will result in many more. Hopefully a number of those will come from Moody!
Posted by Unknown at 3:00 PM