In the summer of 1984, I met four young women who became some of my dearest friends, and who have continued to be all of these years since then. We served together in Germany, in Malachi Ministries, under what was then OCSC, and today is Cadence International.

We were in each other's weddings, nearby for births of our children, one became my sister-in-law, another went with Dave and me, and her husband, to start Josiah Venture.

In the summer of 1994, we gathered together for a reunion, after Laura and I had already moved to Czech and Poland. Both Laura and I were pregnant, with her Jacob and my Claire!


When email became accessible to us all back in the early 90's, we began a round-robin prayer group, with each of us taking two months a year where we'd write an update about our life, and what we wanted to be prayed for that month. We called ourselves, "Reunion 6" back then (as there was someone else in the group with us who has since bowed out), and today we've renamed ourselves "Glory 5"!

When I got home from Hvar, these stickers were in the mail from Joyce, who recently had a logo designed for us (because...why not?!) and had stickers made that she sent to everyone. 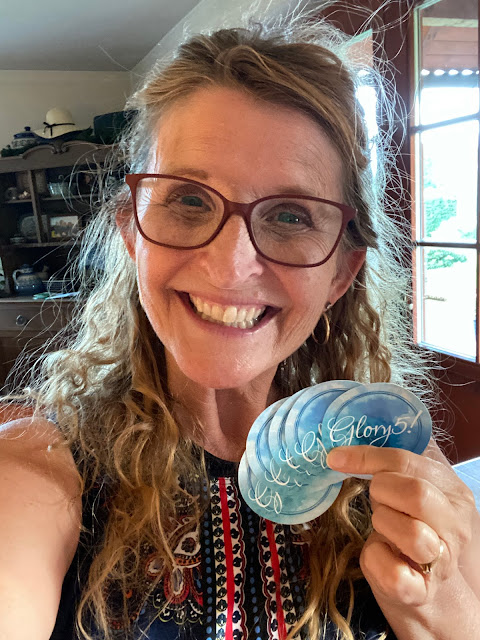 This morning I woke up to that first picture, one that I'd never seen before! How I loved being reminded of the story God has been writing, with our lives so sweetly intertwined together all these years.

These days we mostly Marco Polo and send texts to each other, still close and praying for each other 36 years since we first met!
Posted by Living By Lysa at 6:38 PM