There's nothing like rain to welcome us back to the Czech Republic in July! 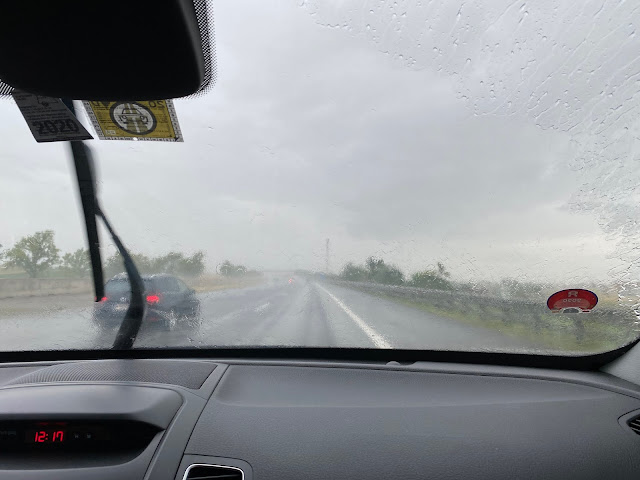 I don't know if it's true in southern Czech, but in our part of the country, July is the rainiest month of the year. 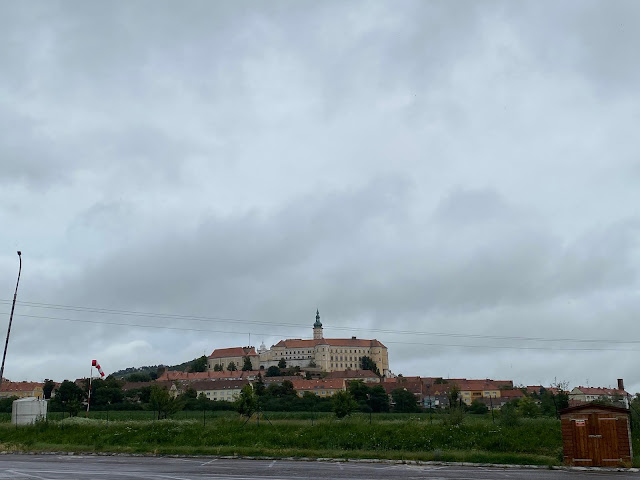 It's kind of looking like that's true here in Mikulov as we were driving through this afternoon. 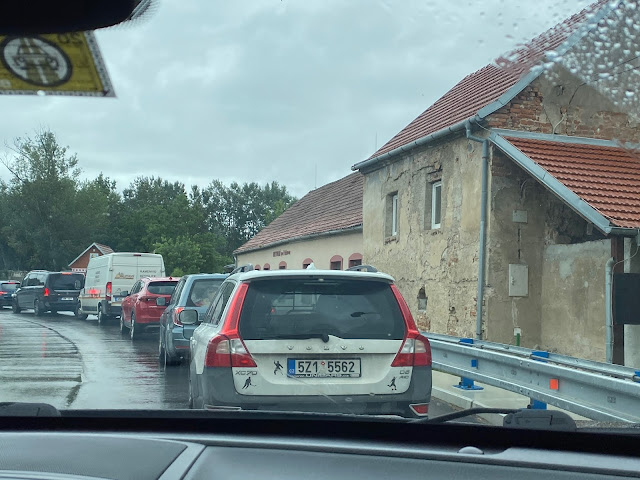 The main road just outside of Mikulov, on the way to Brno, is being worked on so they're rerouting traffic. Since we'd already been the other way when we drove down to Croatia, we took the other route just to see what it was like.

This was NOT the alternative route listed on the main road, and now we know why! 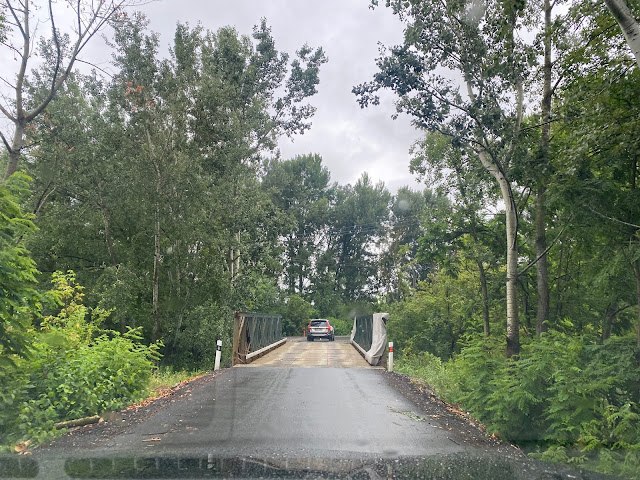 A very small temporary bridge is over a creek while they build a new one. No wonder there were signs saying "No trucks" on this route! 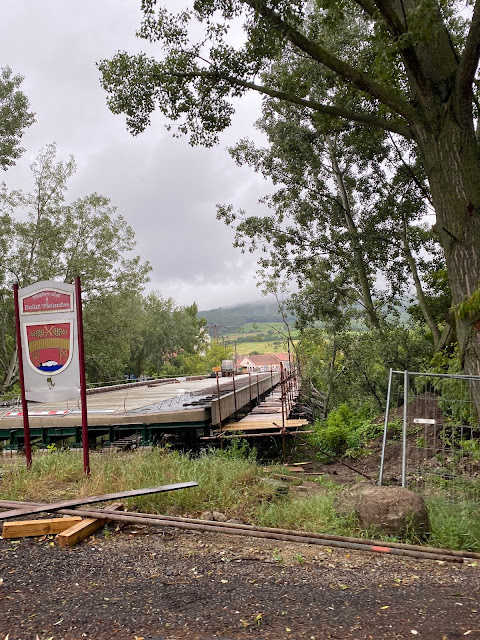 We crossed over a reservoir as stormy clouds loomed in the distance. 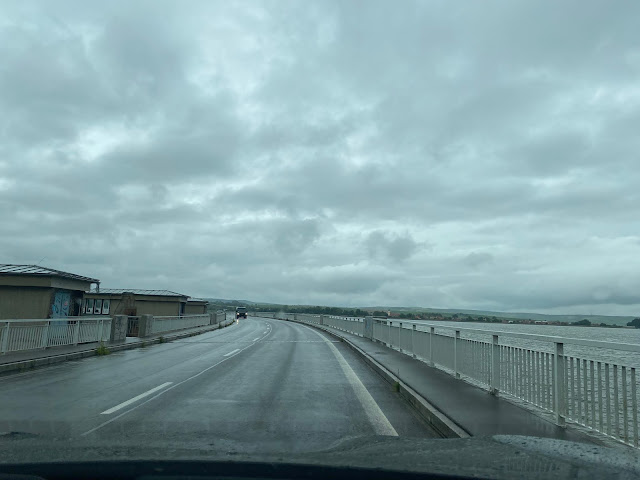 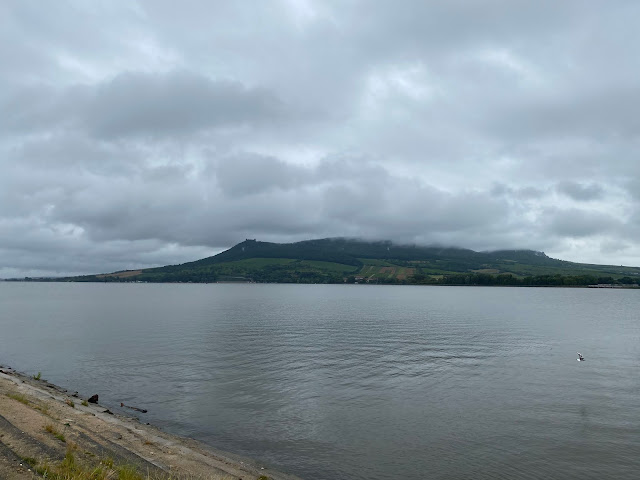 Hopefully we'll eventually get some sunshine for summer at home in the Beskydy's!
Posted by Living By Lysa at 7:00 PM