I've been visiting the main square of Ostrava since September 1993! 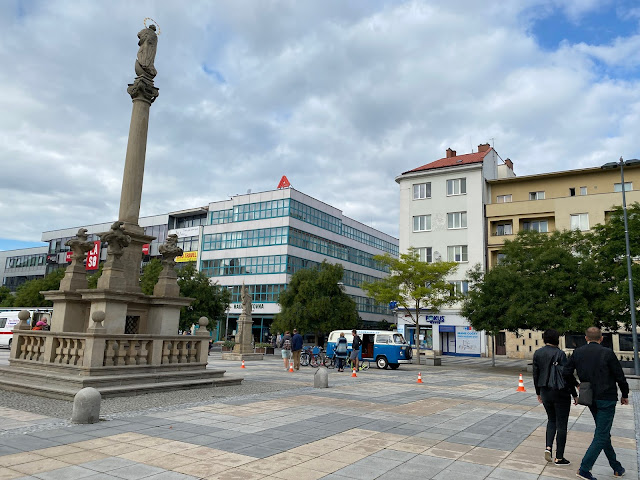 I first visited the square with Dave when we came to look for a place to live in nearby Havířov. Who would have ever guessed I'd be coming to this square 27 years later, visiting my grandchildren who live right here, on the second floor of the white building?! 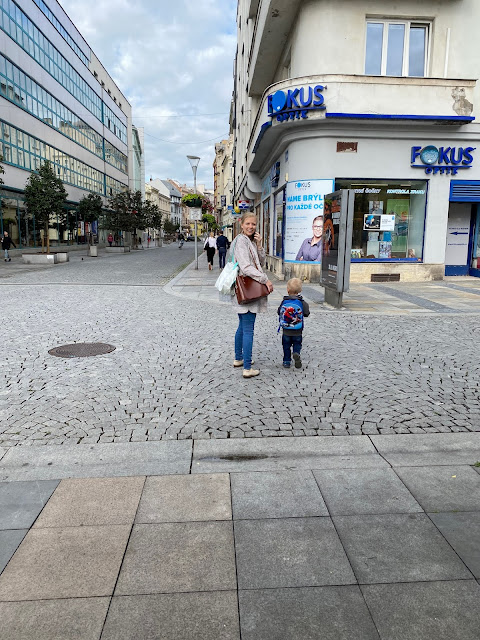 Somewhere in all of my photos, I have a picture of me standing in front of that very building. I really want to find it someday!
Lara was on the way home from školka with the boys when I caught up with them. 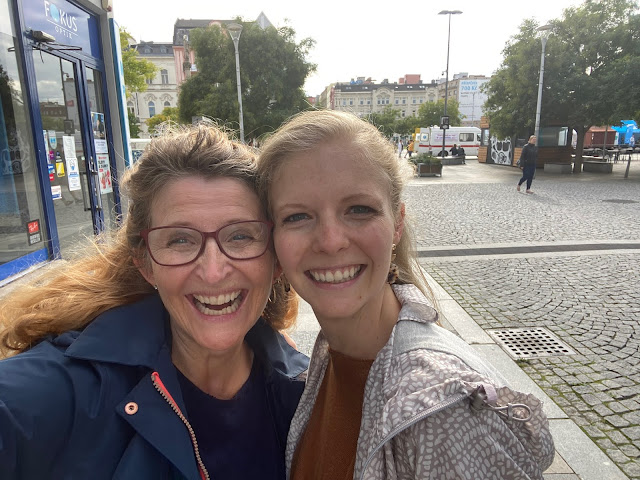 I haven't gotten to see them since mid-August, and have missed a few weeks of Judah's broken foot and cast saga so wanted to come see them today for a catch up and some ice cream!
Judah was happy to give me his best grin to show as he modeled the cast on his left foot ("Did you like how I was smiling?" he impishly said to me after I took this picture!). 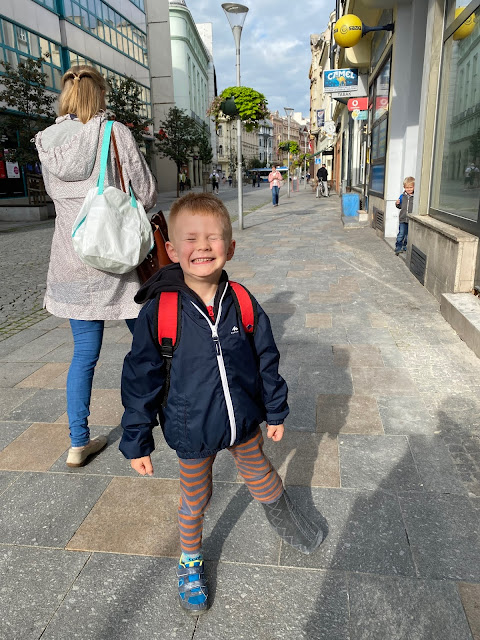 The boys dropped off their backpacks and then we headed back out into the square. 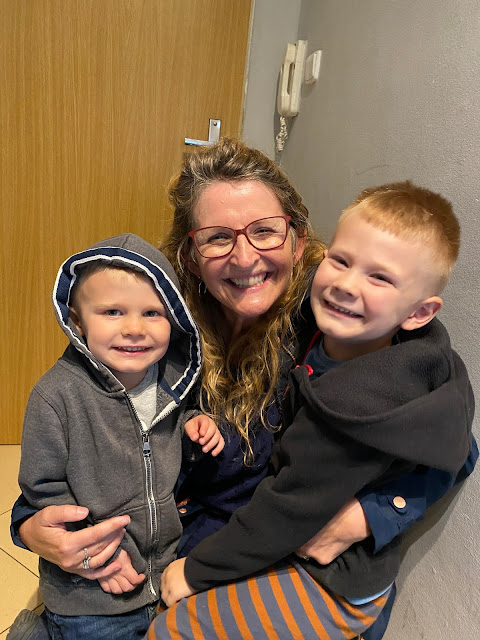 Judah was sure I needed to try the dragon fruit ice cream at their favorite stand nearby! 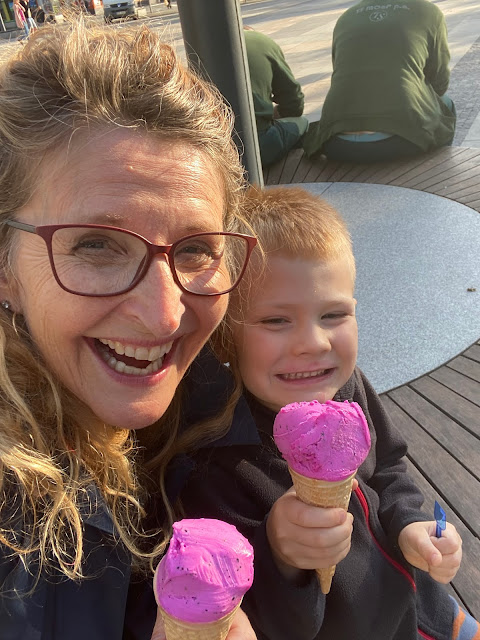 With ice cream in hand, I got a picture of the four of them. No wait...FIVE! Baby boy is growing inside Lara and will be here before we know it! (He's due December 17th). 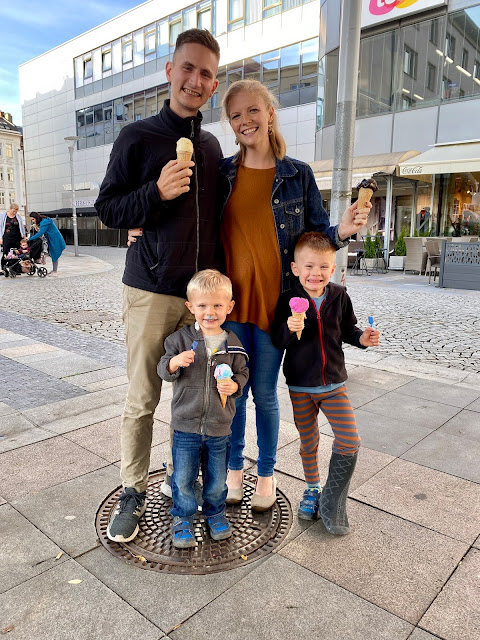 It sure is fun having them live nearby for these kinds of spontaneous visits!
Posted by Living By Lysa at 8:10 PM