At 8 PM last night the nurse came to take my blood pressure. When she saw that it was low she told me I would need to drink a cup of coffee...really?? 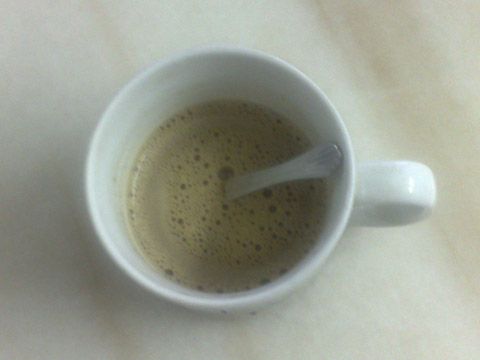 But you don't argue with nurses here, even the sweet ones, so I did as I was told.

And paid for it all night. Yep, not one wink of sleep. The stereo effect of my very loudly snoring roomies didn't help matters, nor the continuing coughs of the elderly lady.

So I put in my headphones that Dave had so thoughtfully brought to me just that evening and literally listened to praise music ALL NIGHT! Now that was a refreshing, redemptive night despite no sleep!

A nurse came in at 6 to tell me I would be leaving shortly for another city by ambulance to get an MRI, though I told her as a result of the acupuncture yesterday, I had no more pain (HALLELUJAH!!!). She said I would go anyway.

I was having visions of being released today but that turned out to be wishful thinking. They said because the pain had been so severe for me, they need to keep me in for observation and
more pain meds until MONDAY!! Guess the Lord has different plans than what I imagined.

The good news is...I feel so much better!! Thank you for praying for release from this horrific migraine! I thank the Lord that He saw fit to release me from it's grip. I don't doubt the Lord's plan in all of this so take these extra days as from His hand. Dave may try to see if there is any budging tomorrow, but generally they don't release on weekends so I may just be here for some more days.

The Lord's plans are always good so I accept that and don't have any doubts about them. He is ministering to my soul in deep ways these days and that's priceless. Wouldn't want to miss out on one less day of His good plan for me.

Thank you for your prayers that have carried me this far. Please don't stop praying!!
Posted by Unknown at 2:11 PM