I would not have believed that 24 hours could really make a difference, since my logical mind says that's just not possible. But after the hours I just lived through, I have to say...it did!

It's hard to believe, and even harder to explain, how just those few hours in Prague with Dave, could bring such refreshment to my heart, soul, mind and body. But I am feeling so much better today than I was even at this time yesterday.

How is that possible??!!

All I can say is a resounding "Thank You" to the Lord for leading Dave so specifically on this one. It really was nourishing, rejuvenating, and refreshing in every way.

Each detail of those 24 hours was just what I needed...even an extra two hours in Prague this morning when I found out a baby shower I was supposed to be at was canceled because the mama was HAVING the baby today, almost three weeks earlier than the due date! I'm happy for them, and happy for me because it meant a Starbucks latte this morning, the first and only of the trip! 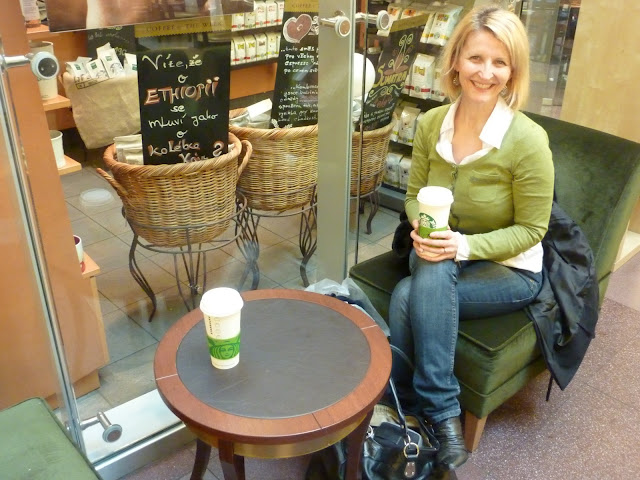 Once again, if you even whispered a faint prayer on my behalf, THANK YOU! I have really sought to submit myself to the Lord's ways and not fight Him on this...but I have also longed for a break from the pain. So thank you for praying, and thank you Lord for giving me such relief!

Much to do in these next couple of days before leaving on ladies retreat. But I have a new spring in my step and nourishment in my soul, thanks to the Lord's goodness these past 24 hours.
Posted by Unknown at 6:37 PM