I love Dave for many reasons, but one of those is how he goes to great lengths for his family.

Here's what I mean.

Several months ago when we realized that the JV Advance conference was during Claire's spring break, he suggested that Claire and I drive down to Croatia early, and that he join us when his conference was finished.

Here's where the great lengths come in...he not only took a 27 hour trip with multiple means of transportation, but also documented it for me to blog about it, as he made his way down here to Hvar to join us!

The only picture he missed was the first one...a VAN from Malenovice to Maribor, Slovenia. Next up:

TRAIN: from Maribor to Zagreb, Croatia. After a seven hour van ride, he arrived just 40 minutes before the train left. 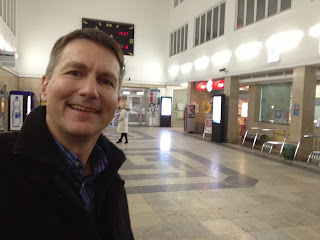 Whew! Made it for the next leg of the journey...the two hour train ride. 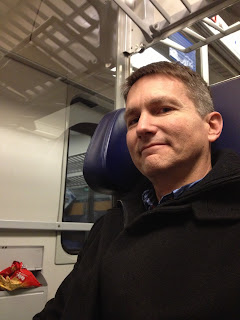 BUS: from the train station to the end of the bus line. 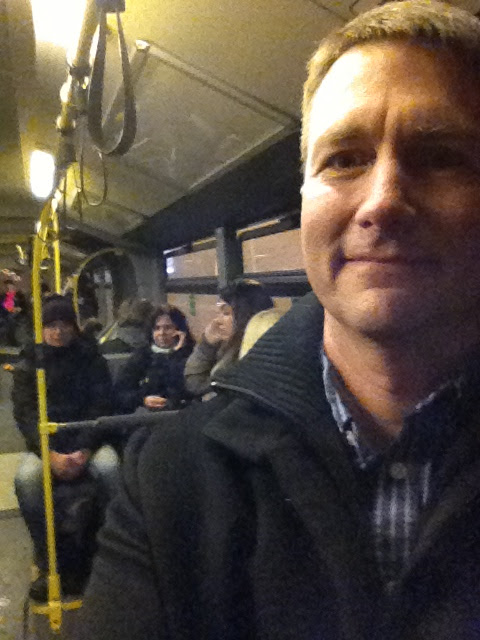 I get the giggles thinking about these people trying to figure out why some guy is taking a photo of them on their late night bus ride! 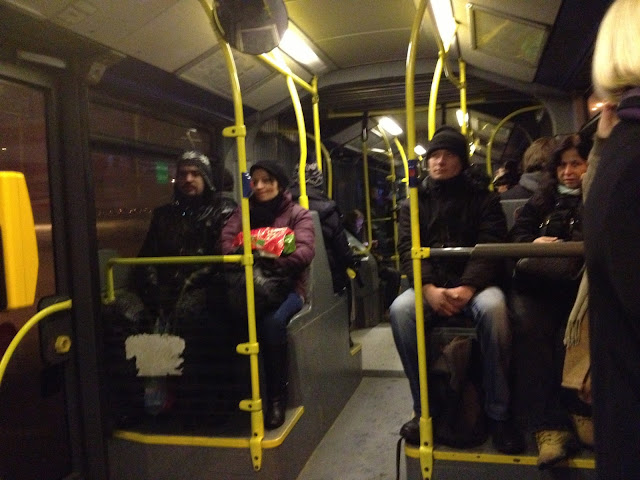 CAR: at the end of the bus line, he called the lady at the apartment where he was spending the night and she came to get him...at almost midnight, in the snow! 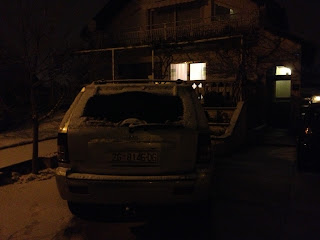 WALK: the apartment was just 200 meters from the airport so walked to the airport at 5:15 this morning. 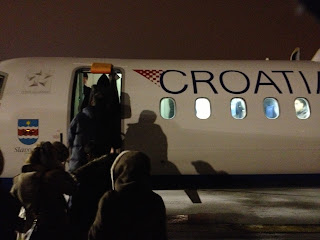 PLANE: took a 50 minute ride from Zagreb to Split 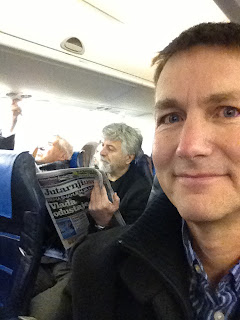 TAXI: from the airport to downtown Split 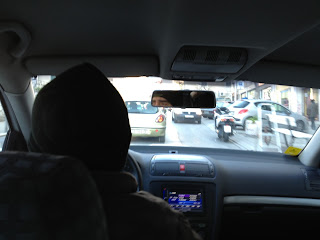 CATAMARAN: a one hour ride over the sea from Split to Hvar on a fast ferry. 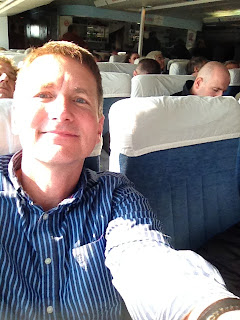 He stepped off the catamaran on the wharf of Hvar where Claire and I met him this afternoon!

CAR: a short car ride to the apartment we're staying in here.

He's a good man who definitely goes to great lengths to care for and engage in life with us. We're glad he's here and that we have these next three days to spend all together! 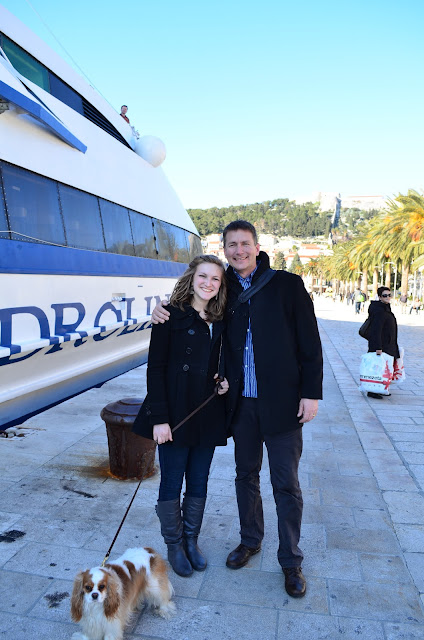