It sounds like a typhoon outside here on Hvar!

The wind is gusting up to 60 mph, with rain beating against the apartment we're staying in. Dave and Claire went out just to see what it was like and came back soaked! Have never seen it storming like this.

But that's not how the day started... 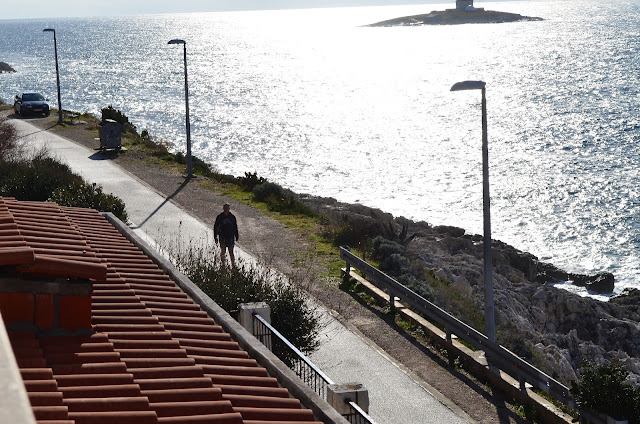 Dave went on a nice run this morning, with the sunshine peeking through.

And later on, we saw this guy (referring mostly to the donkey!) passing by on his way in from the fields. 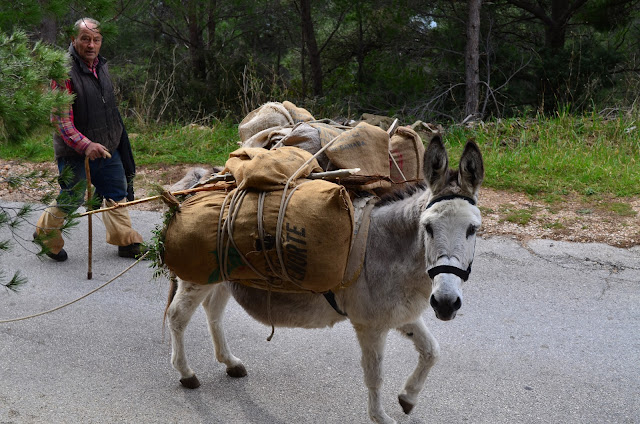 But then...the weather started to change, as evidenced by Claire's shock at the waves crashing down below. 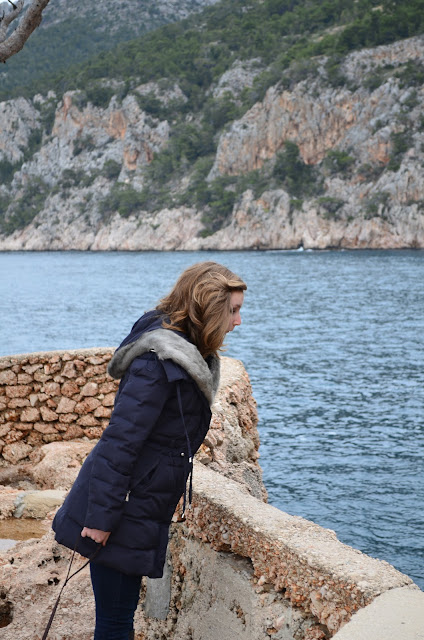 During the summertime this is a favorite jumping spot...but not today! It was WILD there...and scary to think of anyone even daring a thought at jumping in. 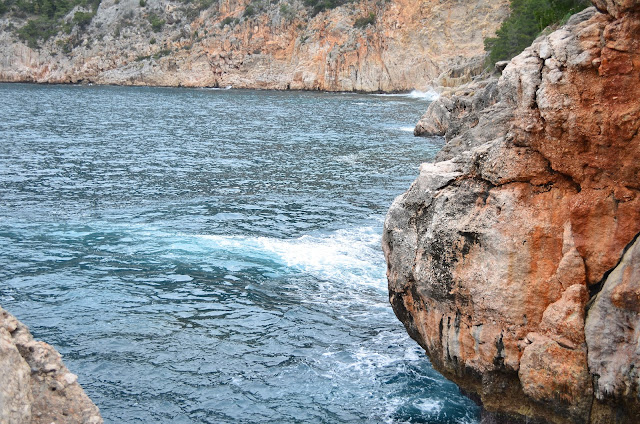 Claire tried to brave the wind and do a little studying outside in that pretty spot, but didn't last too long as the wind whipped around her. 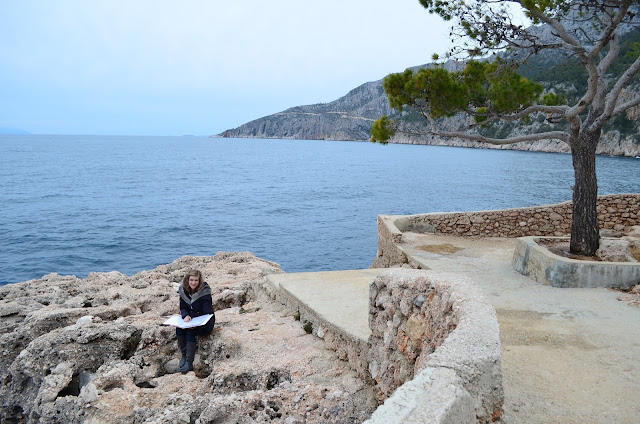 We headed over to the campground that we spent many vacations at... 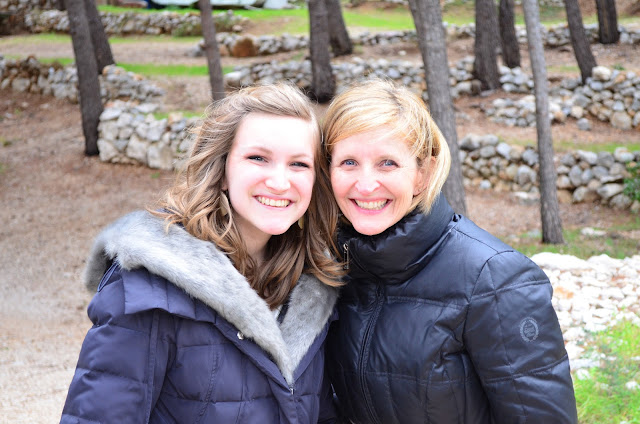 Recalling those sweet memories of happy days with our friends and family. Even got to talk with the man who runs the campground...and he remembered us. (Then again...who could forget the three crazy American families who moved in like the Beverly Hillbillies four years in a row??!!) 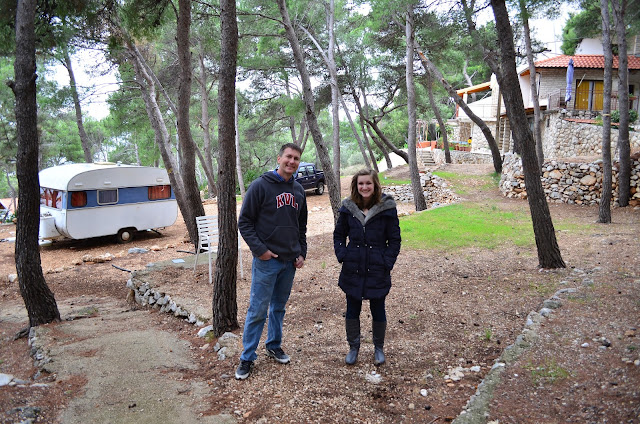 But the winds starting picking up so we headed back towards where we're staying, stopping for just a few minutes to let our dog out - but the wind even proved too much for her! 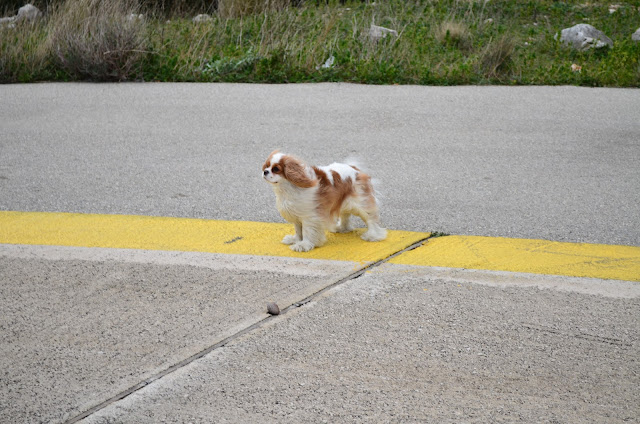 Have had a fun evening inside tonight while the storm raged outside...having dinner, watching a little "American Idol" that we downloaded, and talking on Skype with Caleb at Moody...even got to say hi to Tyler who was there in the library! No matter that the internet kept going in and out, and the electricity even blinked off...was still fun to connect for a few minutes.

Thankful to make memories in all sorts of different ways this week!
Posted by Unknown at 11:16 PM