My Valentine is Home

Dave is home safe and sound!! 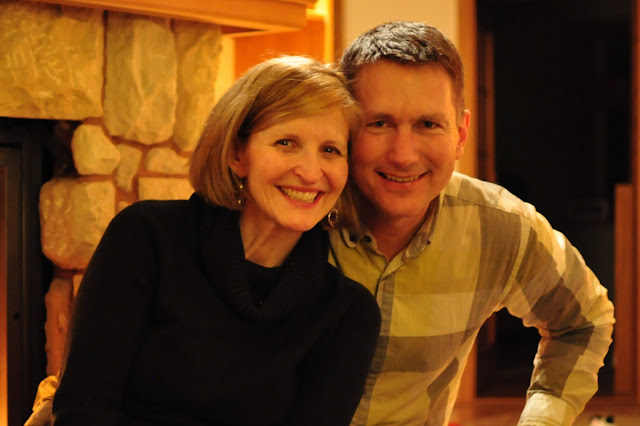 It's been a long day for him, but he said he wouldn't trade it for anything.

On his way back yesterday, he had a two hour layover in Chicago. He's often there on his trips to the States since our JV home office is there. But this time it was just a quick layover.

Caleb took advantage of that and trained out to the airport from Moody to see his dad for an hour. 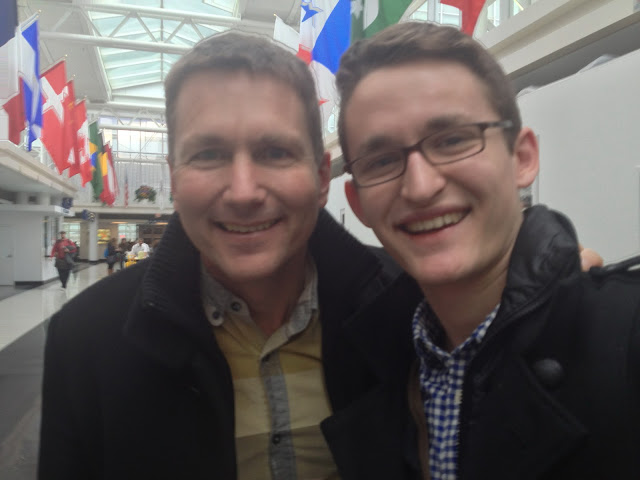 They eked out (I think "eked" is a real word!) every last drop of the time together, both enjoying it tremendously. Then it was time for Dave to get to his gate and start his trek for home.

Unfortunately, he just barely missed getting there on time...the plane was still there, but they'd already closed the doors and wouldn't open them.

Security lines had taken longer than he expected.

Bless Lufthansa though! They booked him on a flight five hours later and he was on his way.

He's tired after 30 hours en route, but happy! It was a great trip filled with a great JV board meeting,  precious times with people, many memorable conversations, and a good dad-son time at the end!
Posted by Unknown at 9:25 PM