Why the slightly pouty, but somewhat amused, face? 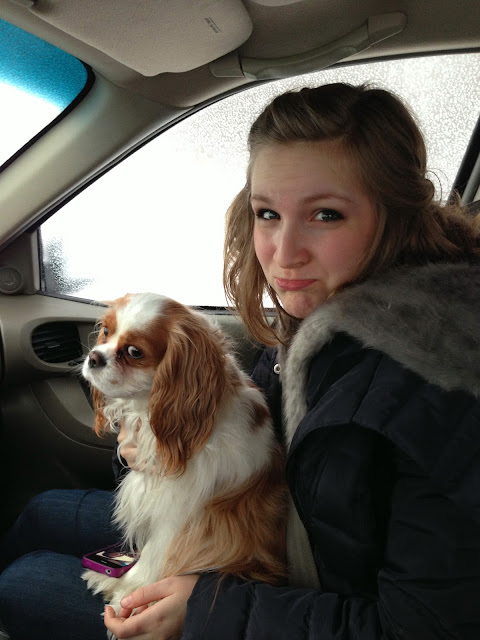 On the way to school this morning, this happened. 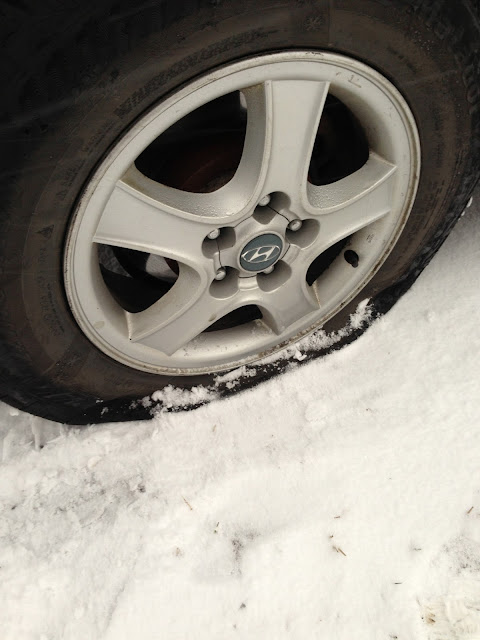 Flat tire. Only the second time in 19 years of living here. And both times, Dave was gone. At least the odds are in my favor that it won't happen again for another 9.5 years. But Dave will probably be gone when it does. HA! 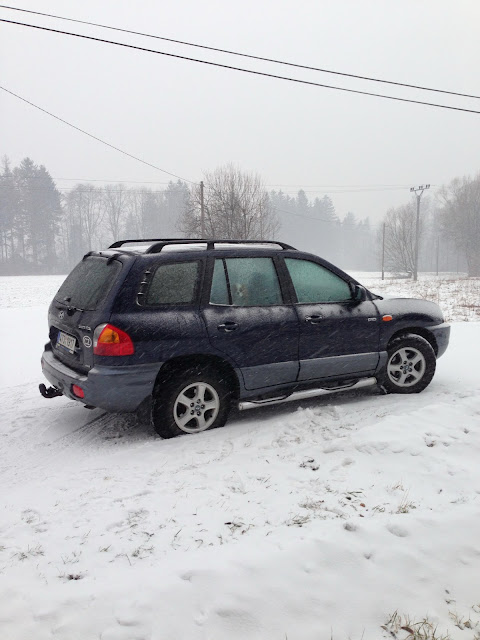 And of course it was snowing like crazy this morning. Do these things ever happen on nice, sunny days?? 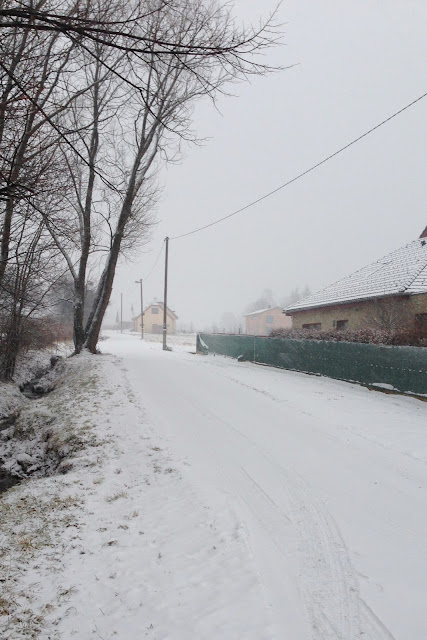 The funny thing is that last week, our friend Petr said to me, "If anything happens when Dave's gone, call me". 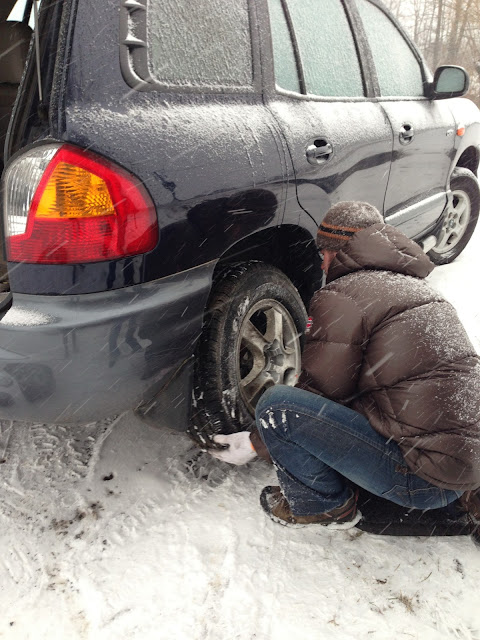 And Pavel as well, who lives in the apartment at our house. What Good Samaritans they were this morning to a " wounded" woman stranded on the road! (Pavel even ran Claire down to school, and took Kaylee, the dog, home so she wouldn't get cold!). 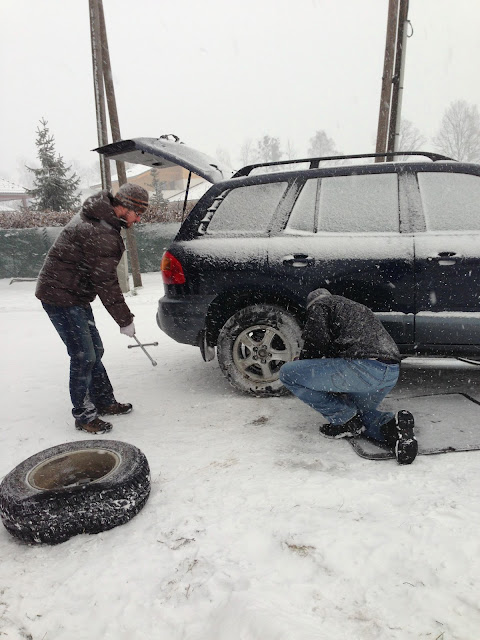 It was not an easy job, in the snow, getting the spare out from under the car, nor changing it, especially considering that one key piece was missing...the lug wrench to take off the lugs on the wheel. So off Pavel went back home to find the tool! 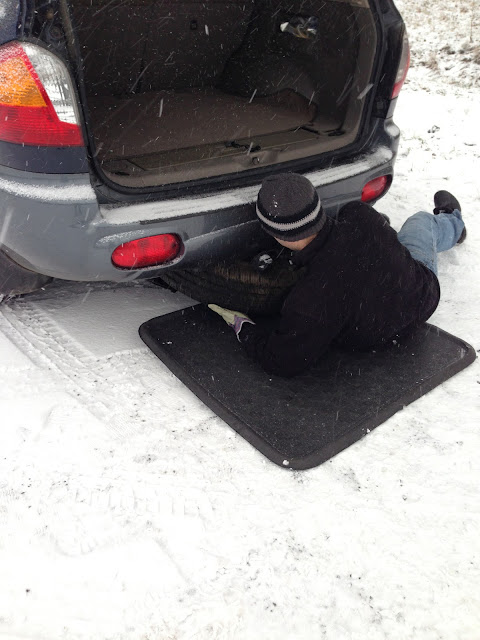 With the spare on, Petr followed me into town to the tire service center and sat with me for nearly an hour while they fixed it (a rock had pierced the tire).

Thankful for: Petr and Pavel, that I wasn't far from home, that it was fixable, that it didn't happen when I was out in the middle of nowhere, or at night, or when I was alone!!
Posted by Unknown at 12:18 PM