Our day of rest this week found us in Beantown.

Or as it's also known as: Boston 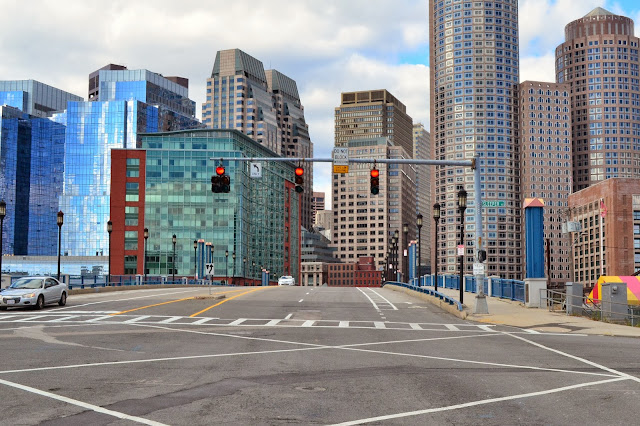 Upon arrival, it honestly looked like the city had been vacated and everyone was in St. Louis to watch the Red Sox against the Cardinals that day. (Go Red Sox!)

Starbucks was closed. (See the chairs stacked in the window? Such an odd sight for a Starbucks!) 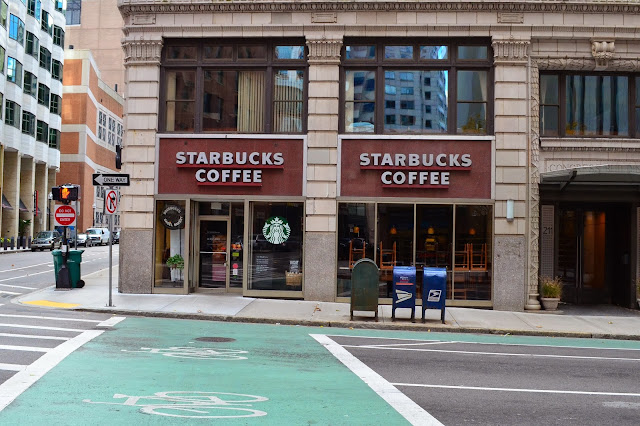 Dunkin Donuts was closed too.

And by the way, if you've ever been here, you know that there is almost one of those on every corner. Either New Englanders like their doughnuts, or Dunkin Donuts decided they like New England.

Either way, they're everywhere. (And no, we haven't been there yet!) 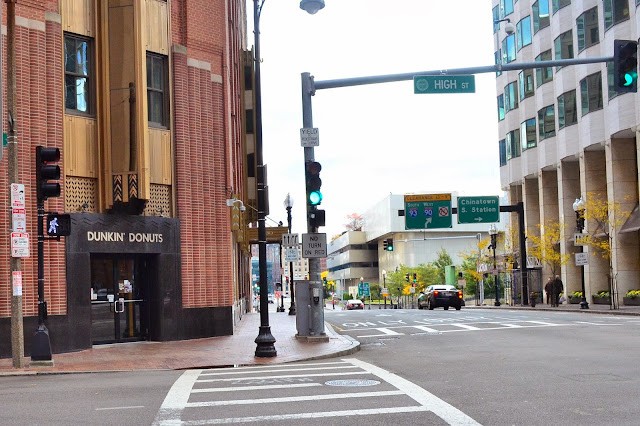 We happened onto a beautiful park that was also completely vacant. Made for a nice photo though! 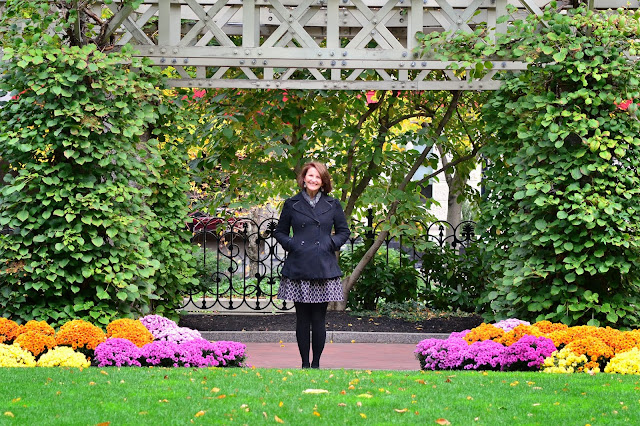 We started to wonder if we were in the right place, or if we'd encounter anybody that day. It was really odd to be in a big city and be so alone! 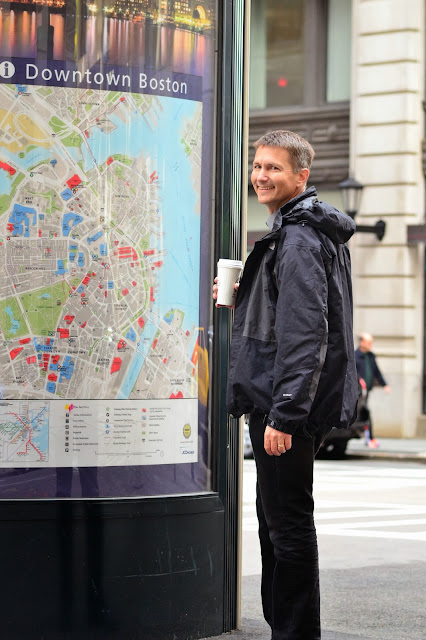 But finally we made it down to a place where there was some bustle in the city.

What a crazy sight this is. The Old Town Hall, where the first shots that started the American Revolution took place, right outside that building. It's dwarfed by numerous skyscraper type buildings, and looks so out of place.

How glad I am they preserved it though! We loved going inside and reading about our American history that we haven't thought of in a while. 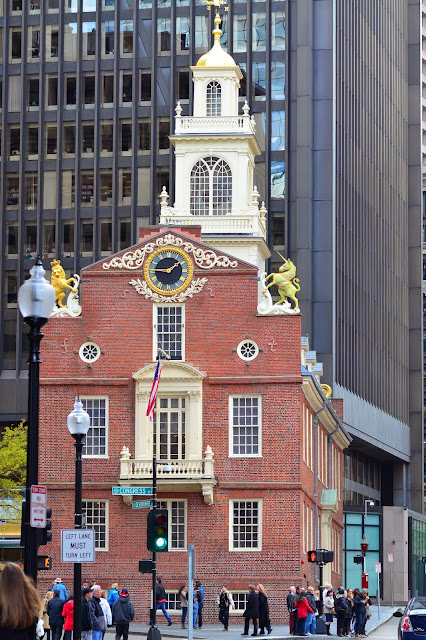 Not far from there we found the markets, both indoor and outdoor. I can never seem to resist a fresh fruit and vegetable market, either for a photo, or for buying something. That Honeycrisp apple was really delicious! 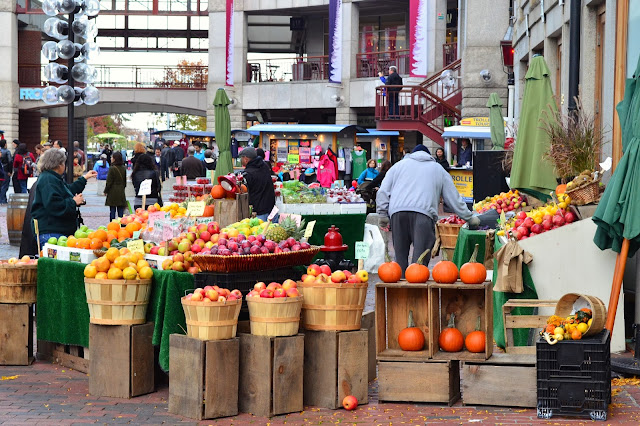 We continued to make our way through the city, following the Freedom Trail. Ended up here at North Church, where Paul Revere put the lanterns in the window to signal that the Redcoats were coming.

Today HE is wearing a bit of red...in honor of the Red Sox! 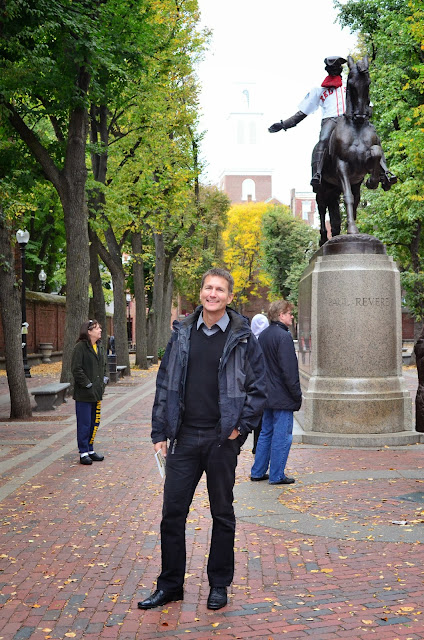 His house is another one of those buildings that's thankfully been preserved, though of course it's squished in between many other buildings now. Still, it's really cool to see it and imagine that time of history. The guide said he had 16 children, his wife, AND his mother living there. That must've been a lively place! 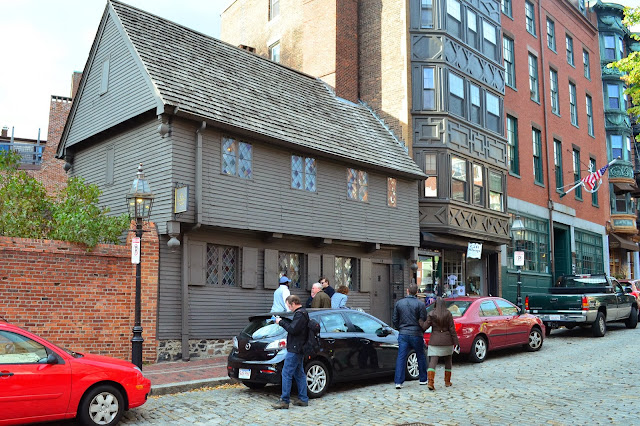 While it was mostly a chilly, windy day in Boston, we both enjoyed the city so much. 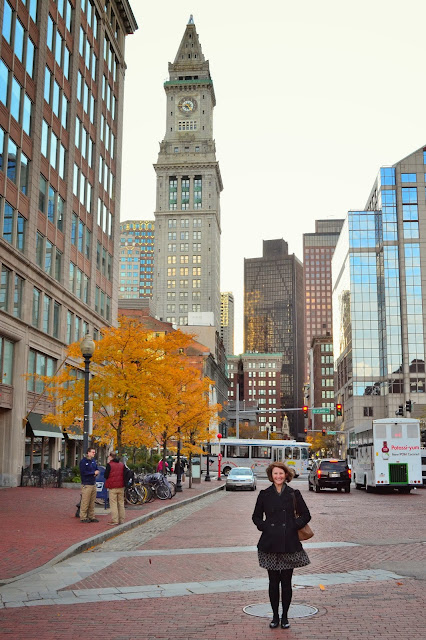 Thankful to be here on this side of the country, seeing new things, and having this time to write. 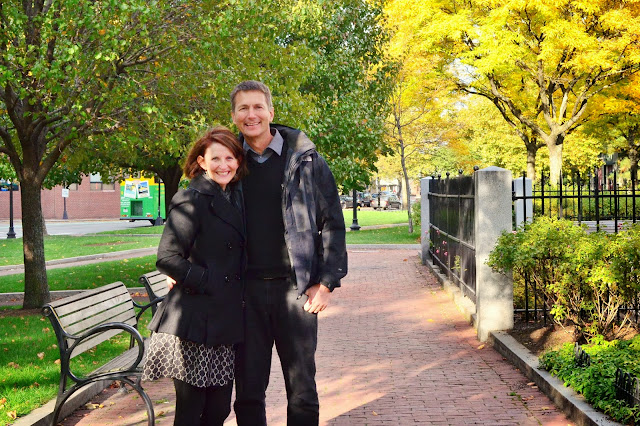