Made it there after smooth flights through Vienna and Washington DC (and a precious conversation with a new friend on that flight - hi Mara!). She took this photo for us. 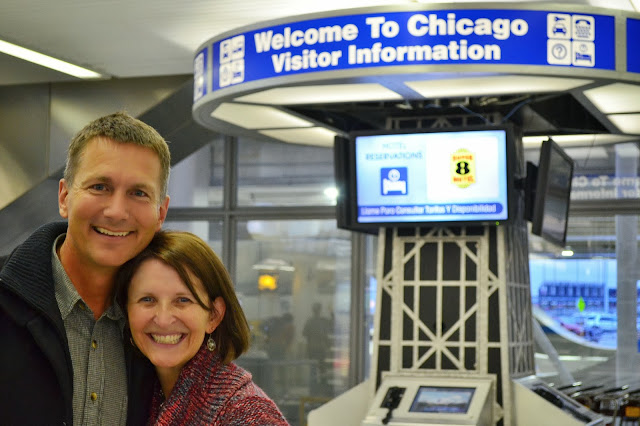 And then...recognize any familiar faces coming down to baggage claim?? 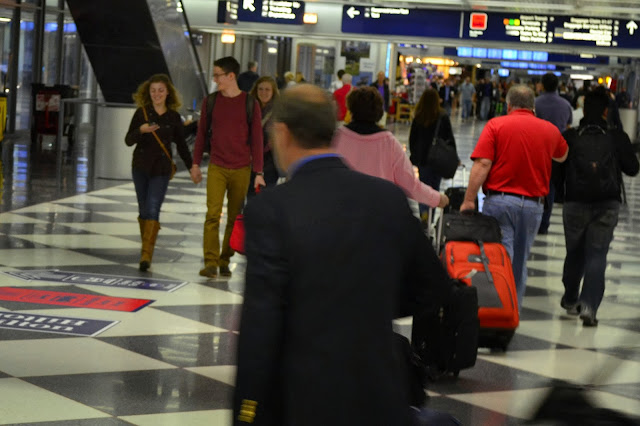 How great to see some of our kids there!! 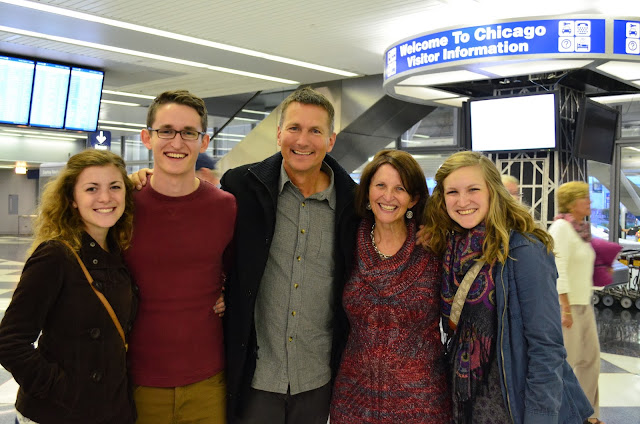 This next photo makes me laugh...just a couple minutes after saying hi, Dave and Caleb are taking in the last two and half minutes of a fantastic Broncos game last night. Not that I know much about football...but gotta say, it was a pretty exciting win in those last few minutes! 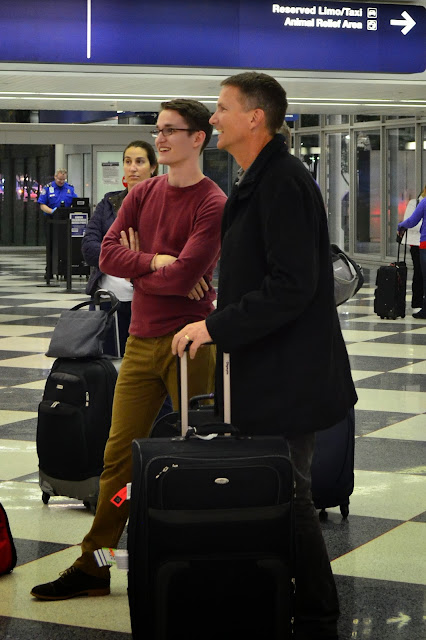 There's not much food available in Terminal 1, but there's always Starbucks. Nothing like a little coffee and oatmeal for dinner! 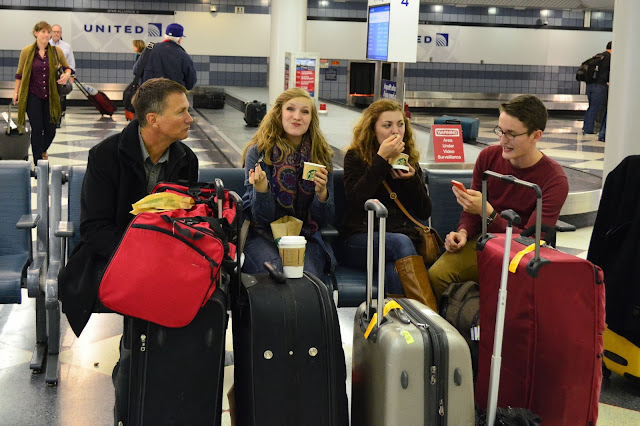 While Dave went to pick up our rental car, we all brought stuff out to the curb to wait...and stop for a quick photo. Oh how good to be with two of my girls! 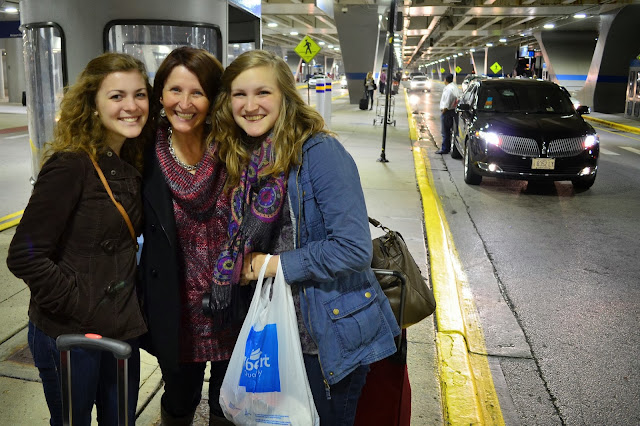 We said goodbye to Claire and Haley who took the train back to Moody, while Caleb came with us out to Wheaton to our friends' house to spend the night.

He's been in a lot of pain again, but had to wait three weeks for an appointment with his doctor at Cleveland Clinic because he, the doctor, was on vacation. It's not been easy for Caleb as the pain is constant, but somehow he managed to still do school and work despite it. Wow. So proud of him for taking his pain to the Lord, and for the Lord's grace in helping him function with it these past weeks.

The good news about the delayed appointment was that Dave was able to drive him there this morning. And the best news is that he was again able to get the thoracic steroid epidural to give him relief from the nerves that were damaged over ten years ago when he had intestinal surgery. This is his fourth injection since he was diagnosed with damaged stomach nerves last year.

At this appointment (which is already done and they're on their six hour drive back to Chicago now) they found out his doctor, Dr. Cheng, is the one who pioneered this procedure (not the epidural itself, but the application of the epidural to long term pain), and is the one teaching it to other doctors in the nation. Praise the Lord for leading us to Cleveland and to this doctor last year!

He feels like Caleb's body is healing, but says that it takes a long time for nerves to repair. This epidural gives them that chance. So for now, every five to six months as needed, he'll keep getting this injection, which basically puts the nerves to sleep and gives them a chance to heal. We continue to pray for the Lord's merciful gift of healing for Caleb.