In World Cup news there was a huge defeat last night: Brazil, the host of the Games and one of the favorites, lost to Germany 1-7. 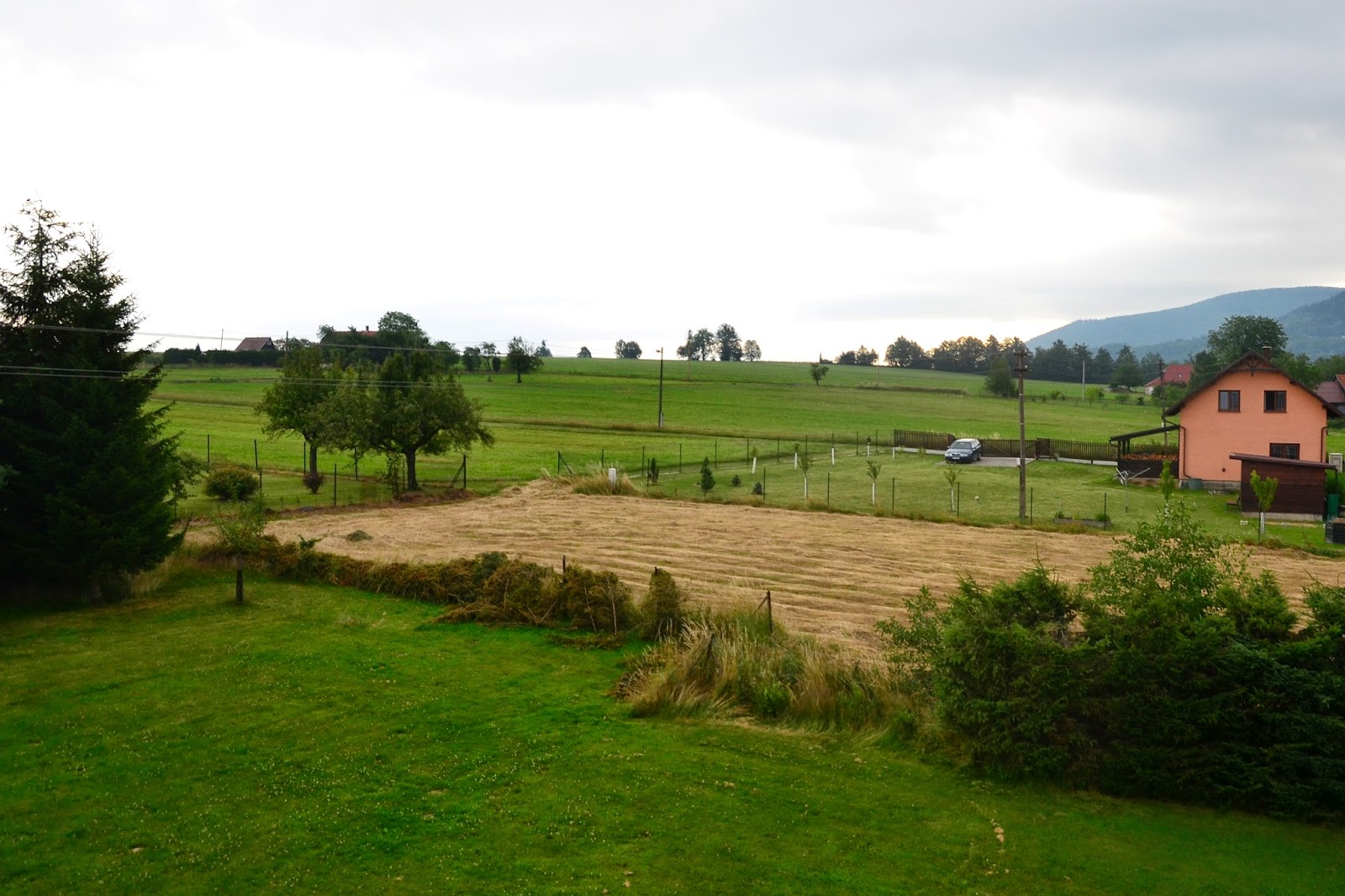 So far the only night I've slept through was the first one when we arrived home last Thursday. It's now been five nights of interrupted, little, or no sleep.

I woke up at 4:15 this morning (after falling asleep at 1), which on the bright side of things meant I saw the sunrise!

If I'd been thinking clearly I would've thought to get a picture of it. But by the time I thought of the camera it was already 6:30 and fully light outside.

I can testify that the view over to the church in Malenovice was pretty both at 4:30 and at 6:30 AM! 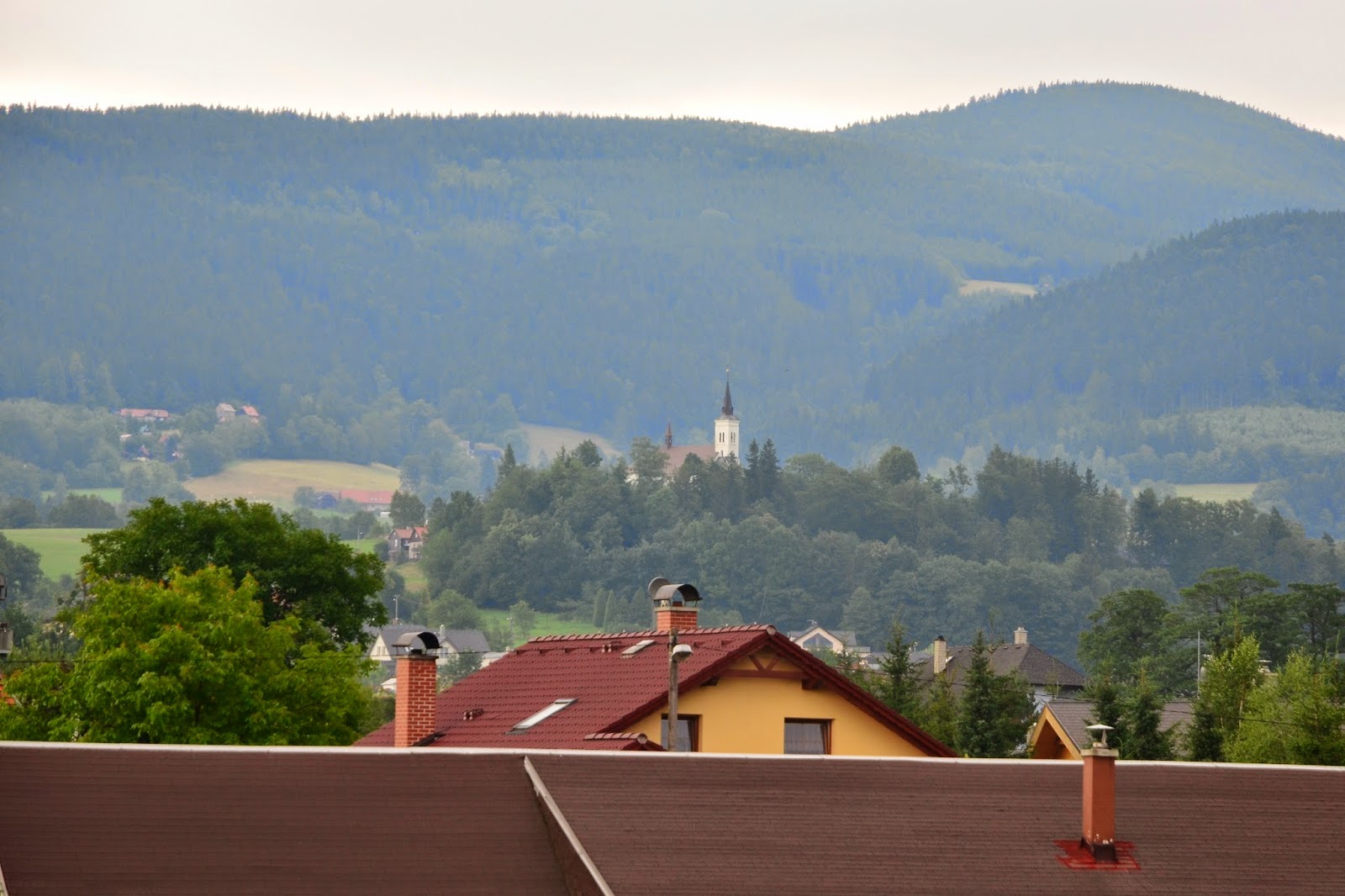 It'd be nice if I could actually be productive at such an early hour, but unfortunately that's not how jet lag works...at least not for me. I'm awake, but I'm tired.

So I read, pray, think and look out the window...all with a glaze over my eyes and mind.

When I uploaded this picture later on in the day, it reminded me how I feel when I'm jet lagging...some of the picture is in focus, most of it is not. 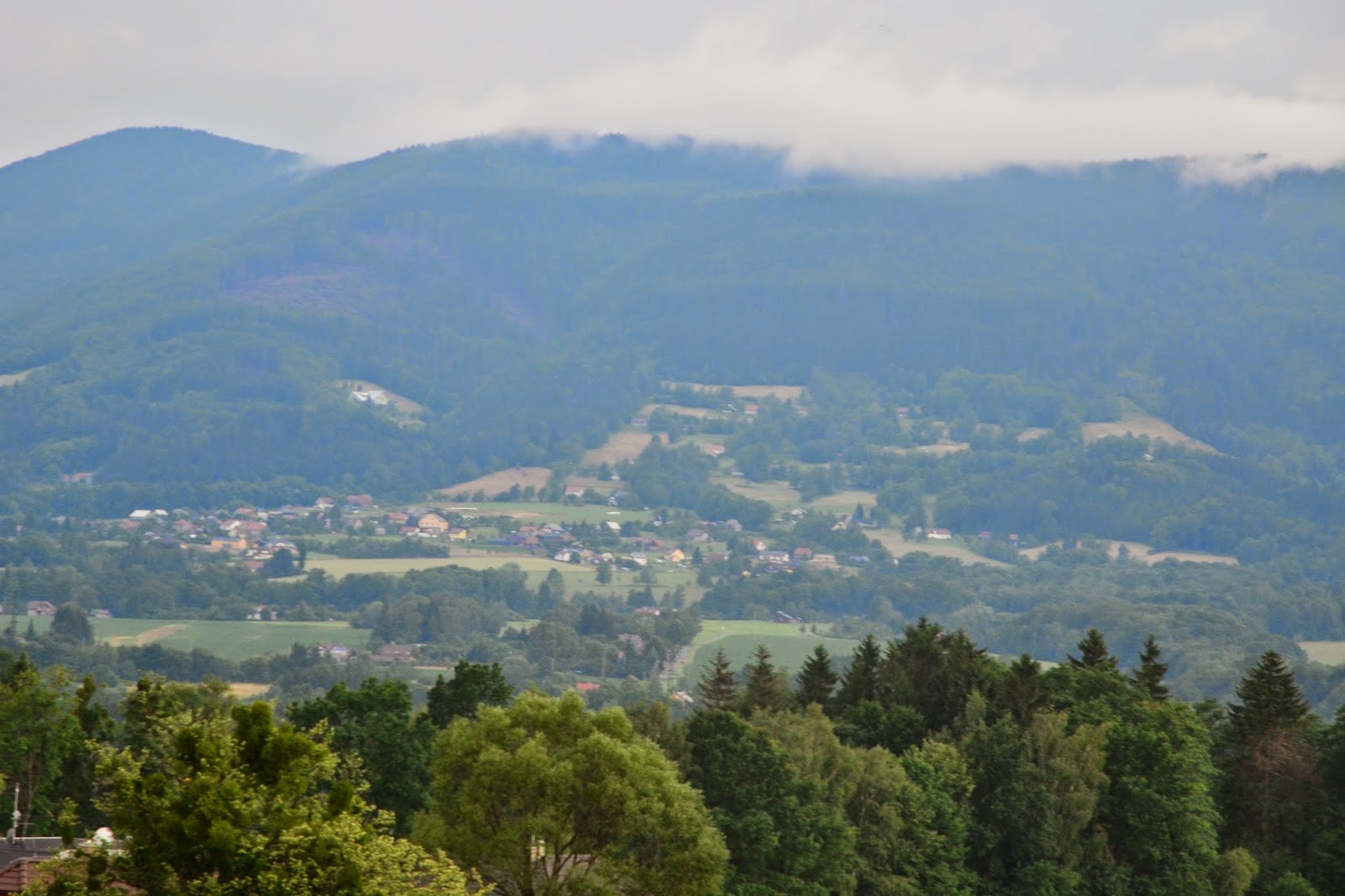 From many years of experience, I know it won't last forever. Eventually the scorecard will tip in my favor.

While I'm not placing any bets on it, I'm still hoping tonight will be the night I get another score!
Posted by Unknown at 11:28 PM