Four years ago we began an expansion project at Malenovice, our training center in the Czech Republic.

We dreamed of a village of buildings down the hill from the main hotel, where more guests could be hosted...more camps could be held...more leaders could be trained...and more people could hear the Gospel.

Little by little the project has moved forward as the Lord has provided money (one of our policies is 'no debt' so we only build when we have money).

Finally this year, the last building in the project is almost complete. Welcome to the place we call "Malenka"! 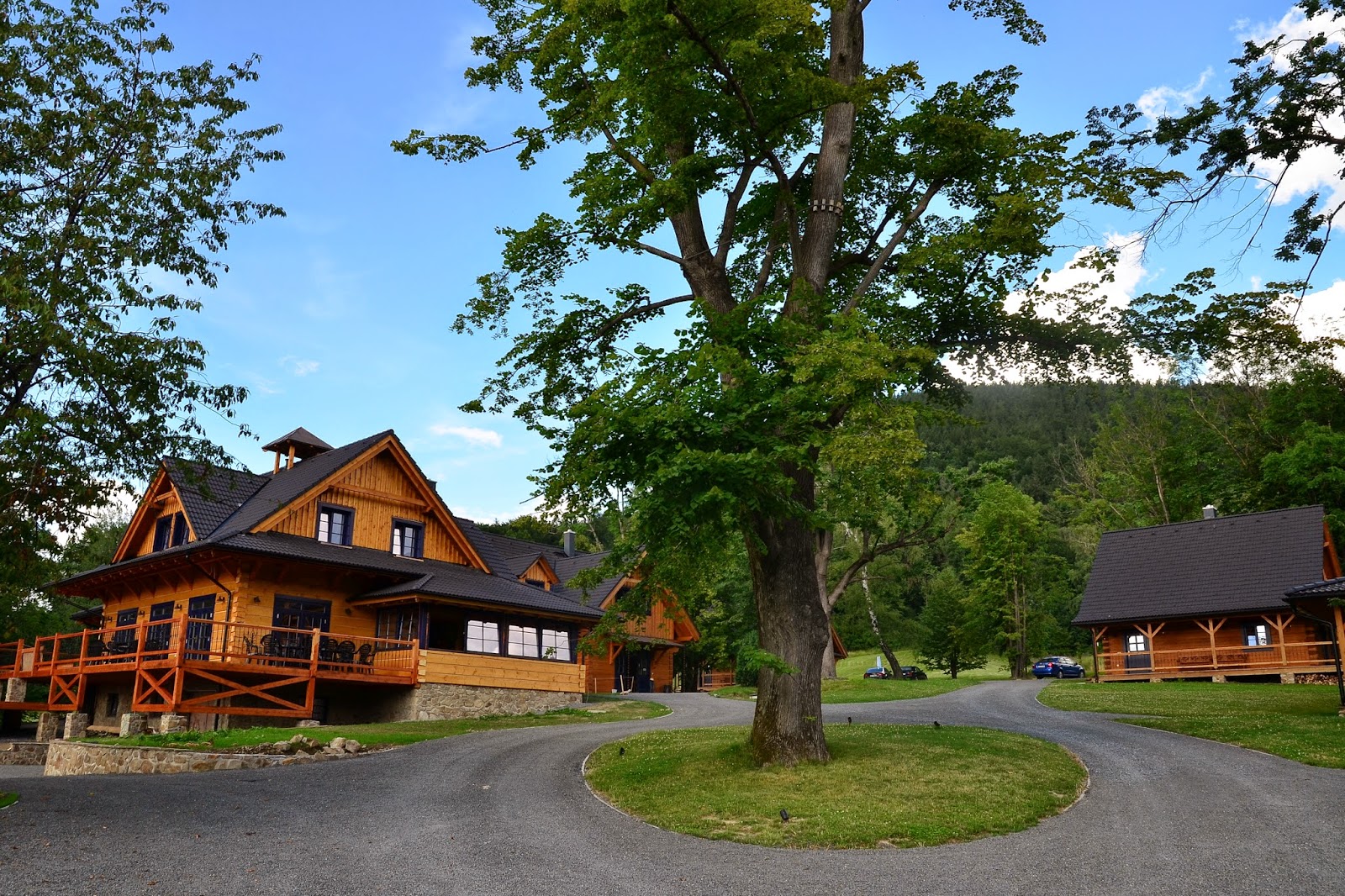 The inside is finished, and being used right now for an English camp. But as you can see on the left, there are a few details (like stairs!) that still need to be completed. However, overall it's such a beautiful place. 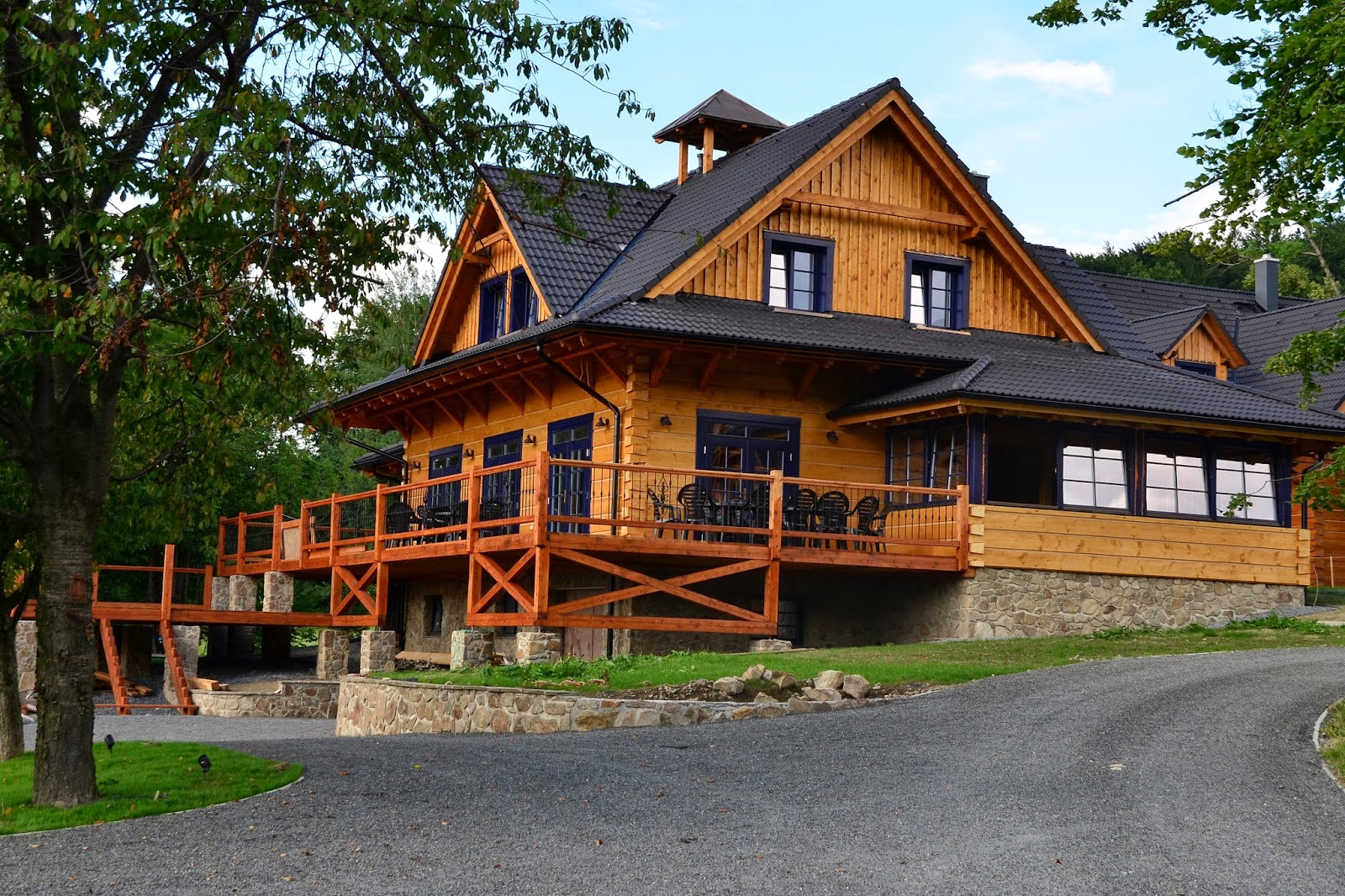 If I had to pick a favorite room in all of Malenovice, I think I might pick the main room of Malenka. It's so warm, inviting, cheery and welcoming. You just want to sit down and have a conversation with someone there! This week it's being used as the dining hall, as well as a meeting area for people to talk. 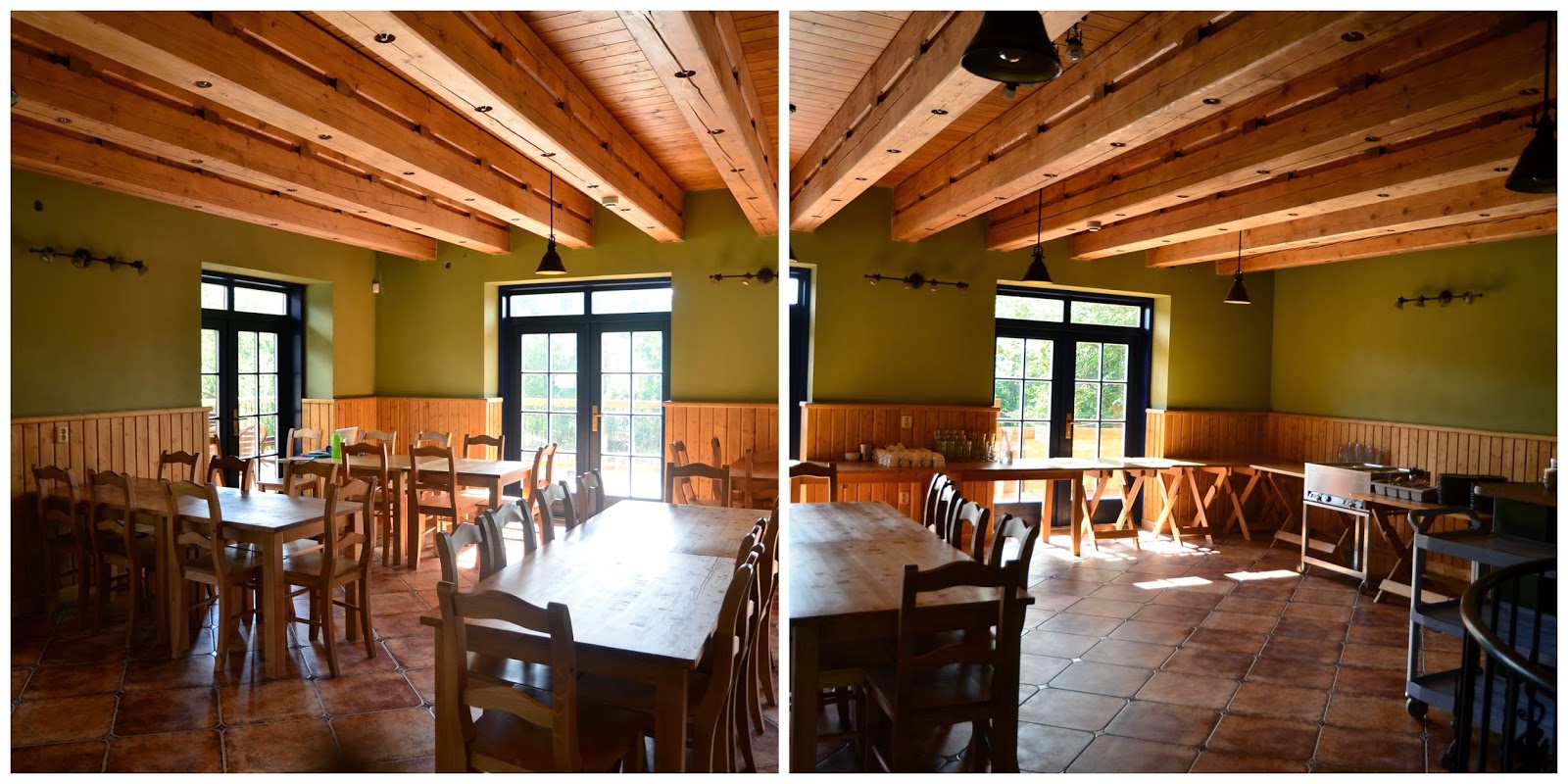 The first two cabins in the project were completed in 2011, and another one a year later. The "Utulna" (translation: cozy place...the building just above the two cars pictured below) was also completed in 2012.

And now Malenka, on the far left, joins the village! 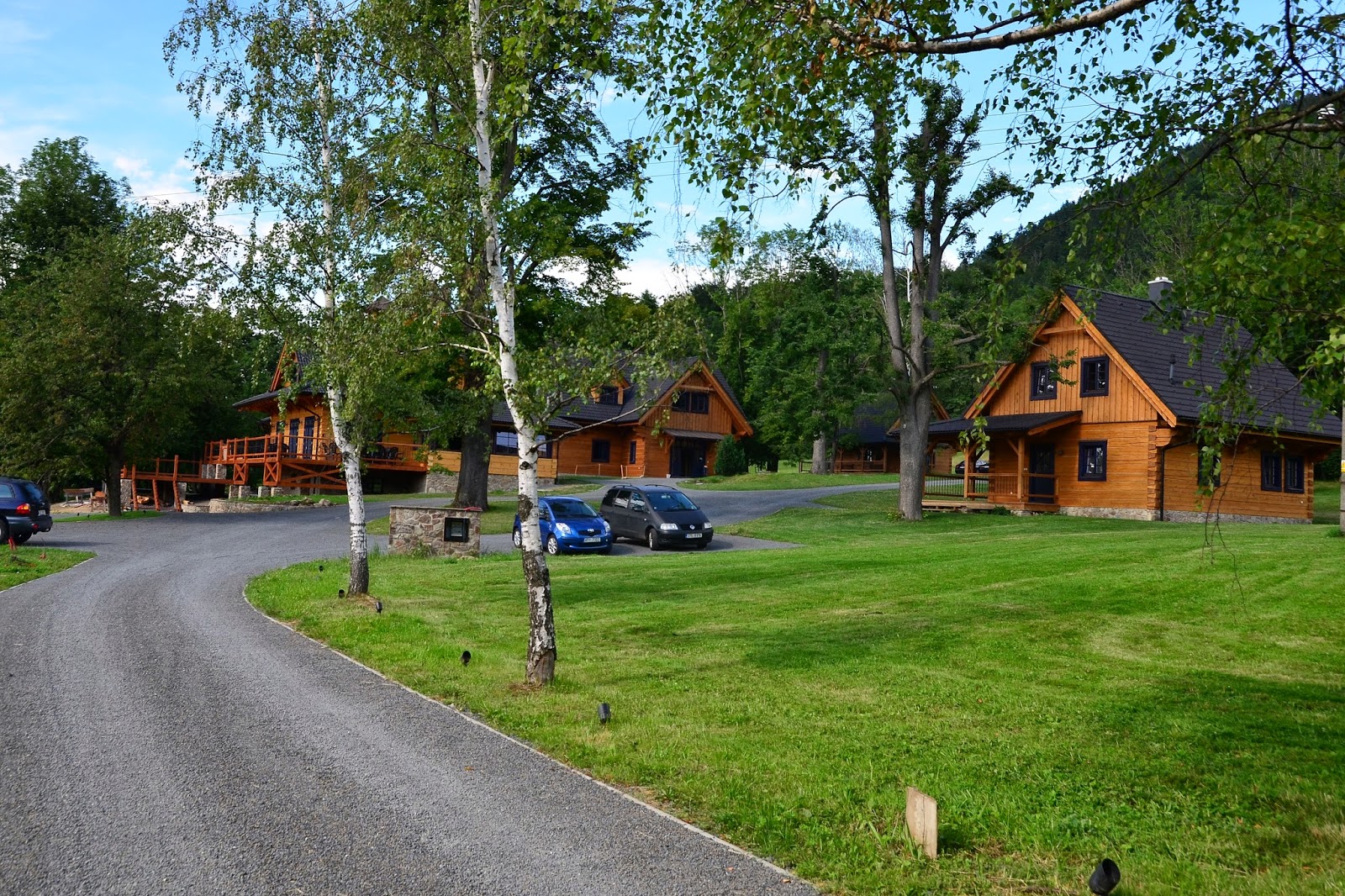 To the right of the cabins are our playing fields where lots of activity happens during a week of camp. 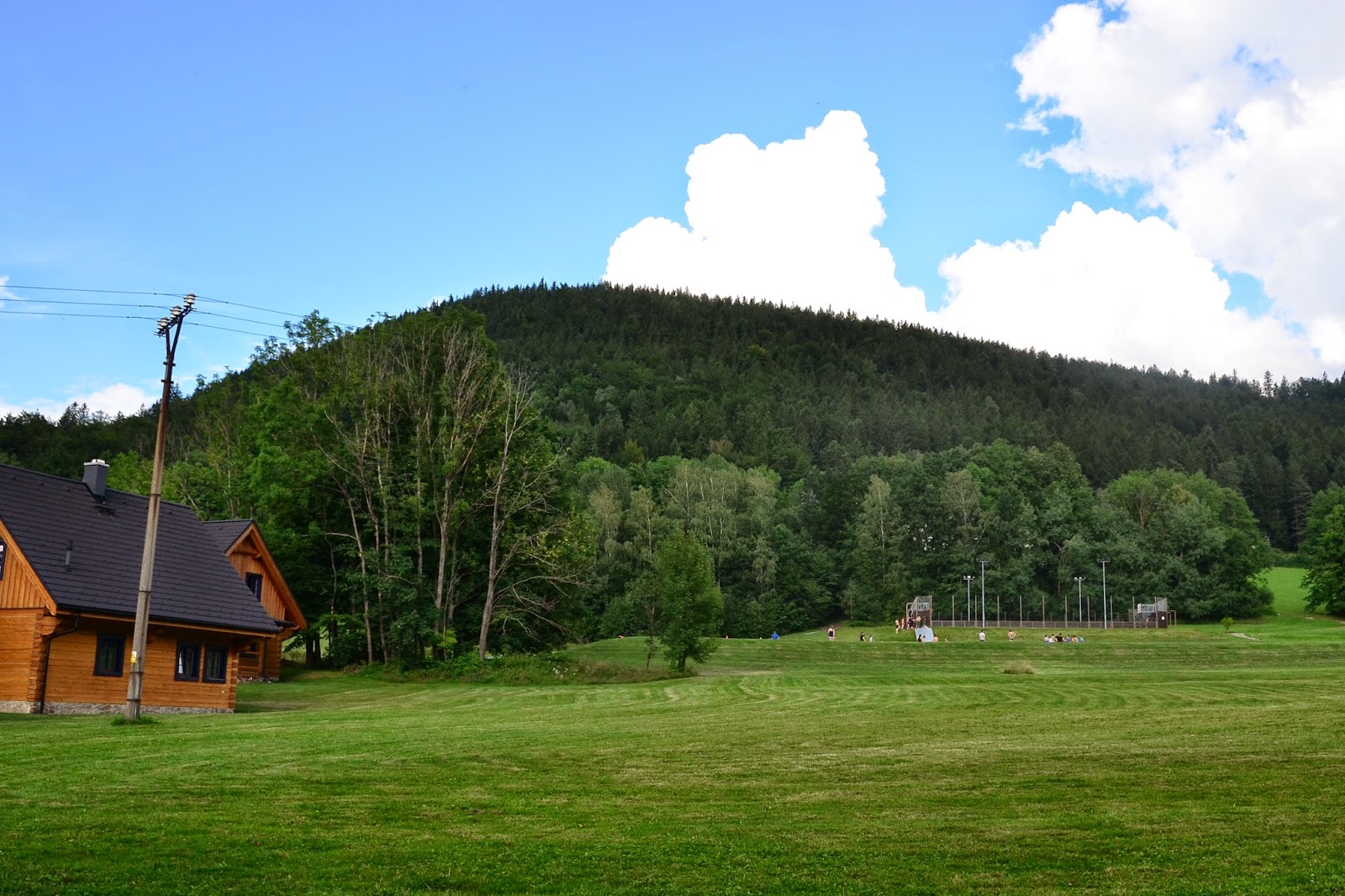 Like a giant slip and slide, which was so fun to see this afternoon! 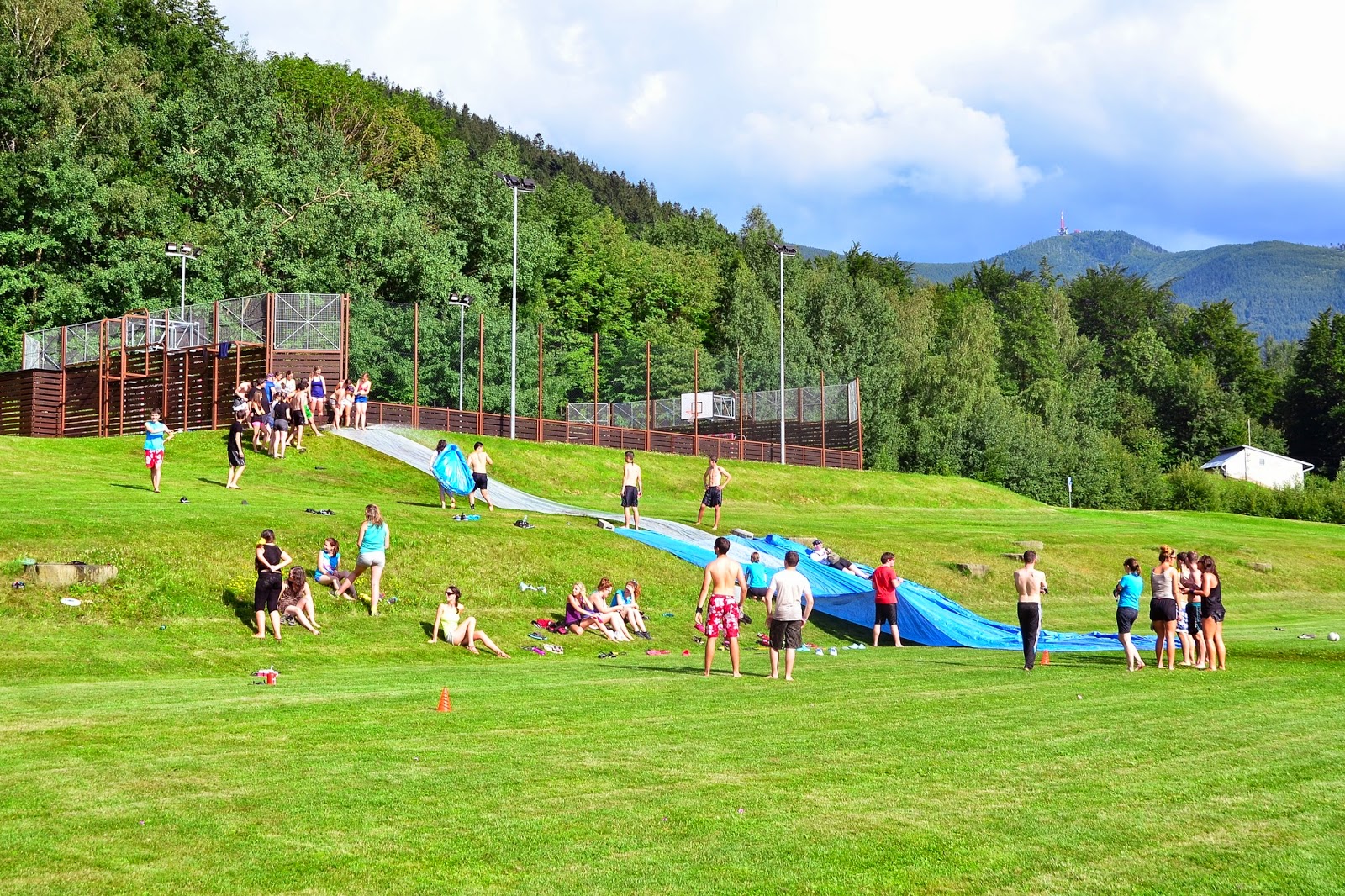 Lysa Hora, the largest peak in the Beskydy Mountains which presides over our valley, looked especially pretty and clear this afternoon. 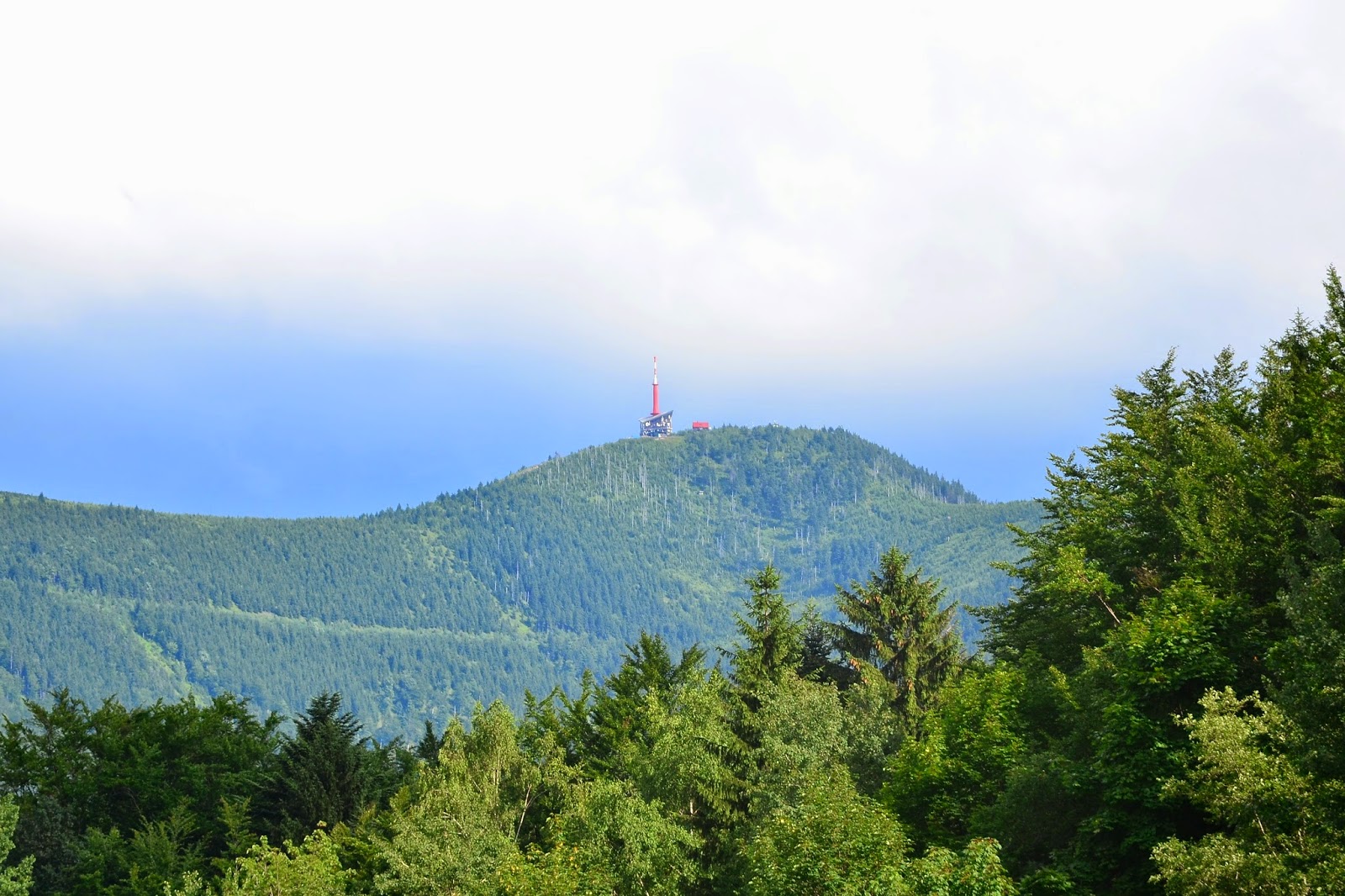 As did our beloved Malenovice! 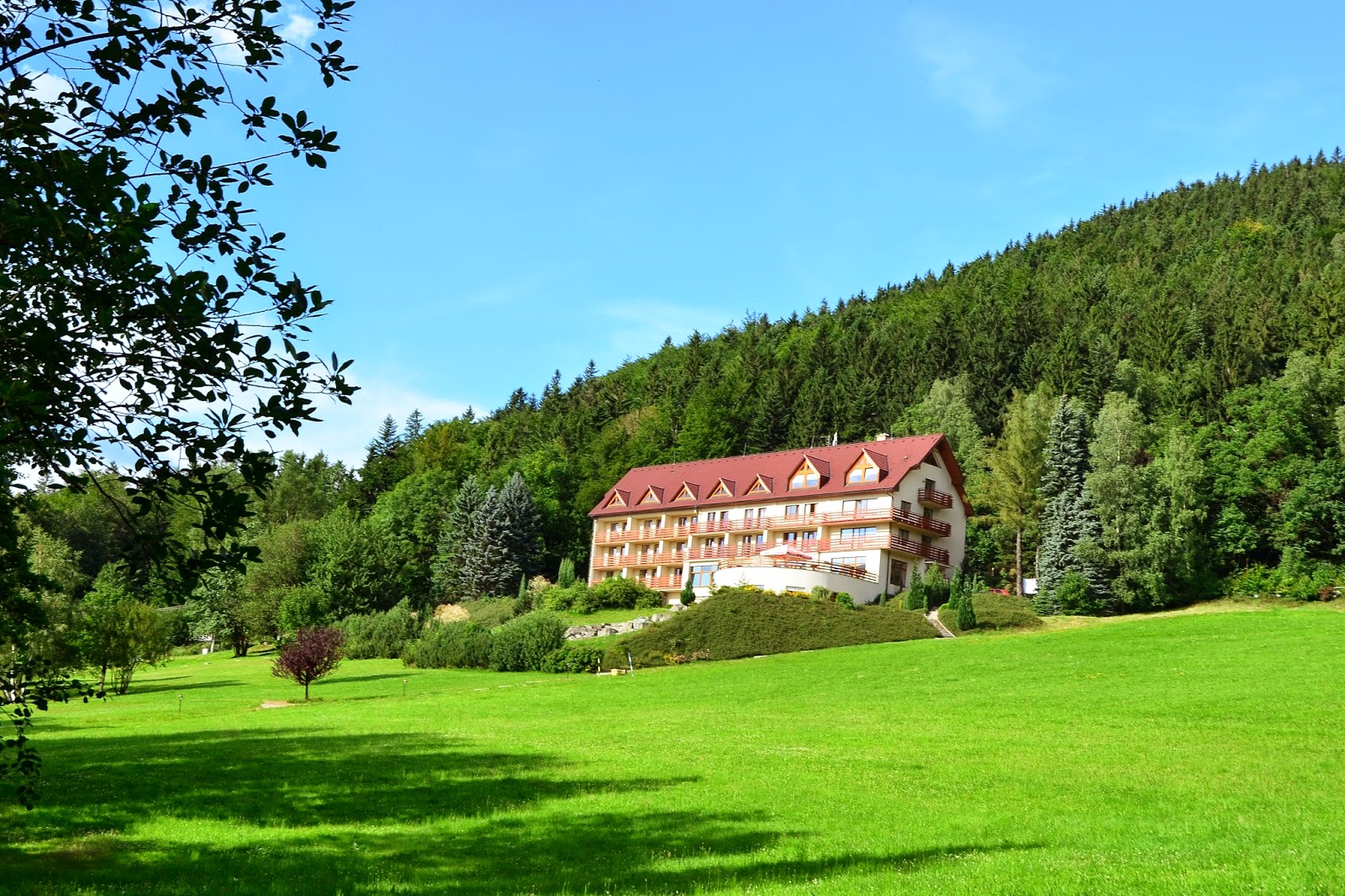 There are two full camps happening at Malenovice this week: an English camp down in the village, and a Fusion camp up at the hotel. 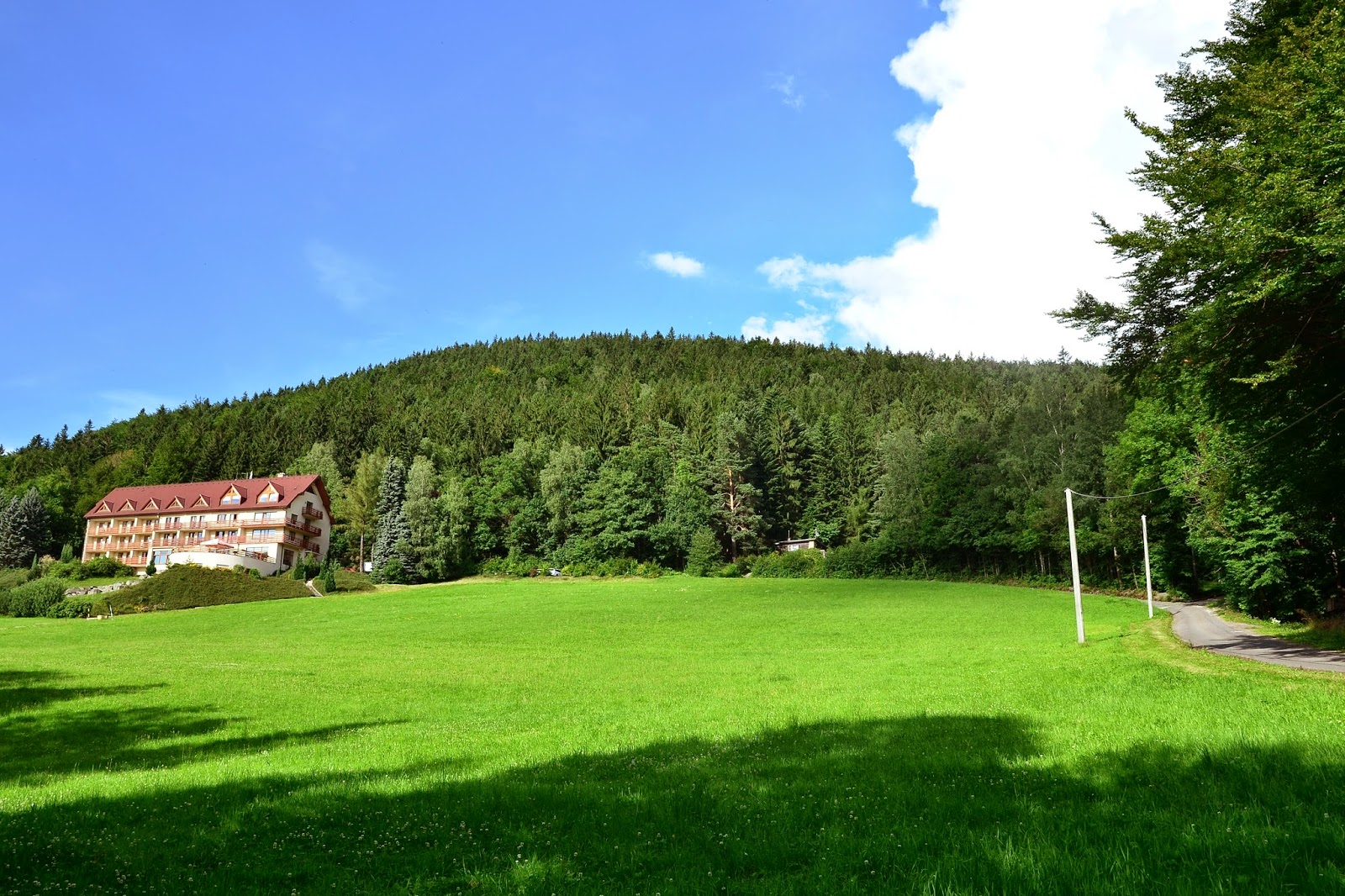 One of our dreams is complete: being able to host two camps simultaneously!

But the most important part is what's happening spiritually in these places this week. As they spend time here engaging in conversations about the Lord, may they sense His presence all around them and be drawn to a relationship with Him.

Please pray for a movement of God here at Malenovice this week!
Posted by Unknown at 10:18 PM