We left Jackson, Wyoming on an early flight this morning, but our hearts, prayers, thoughts and love remain with our friends as they continue on with the work, ministry and calling God has entrusted to them there. 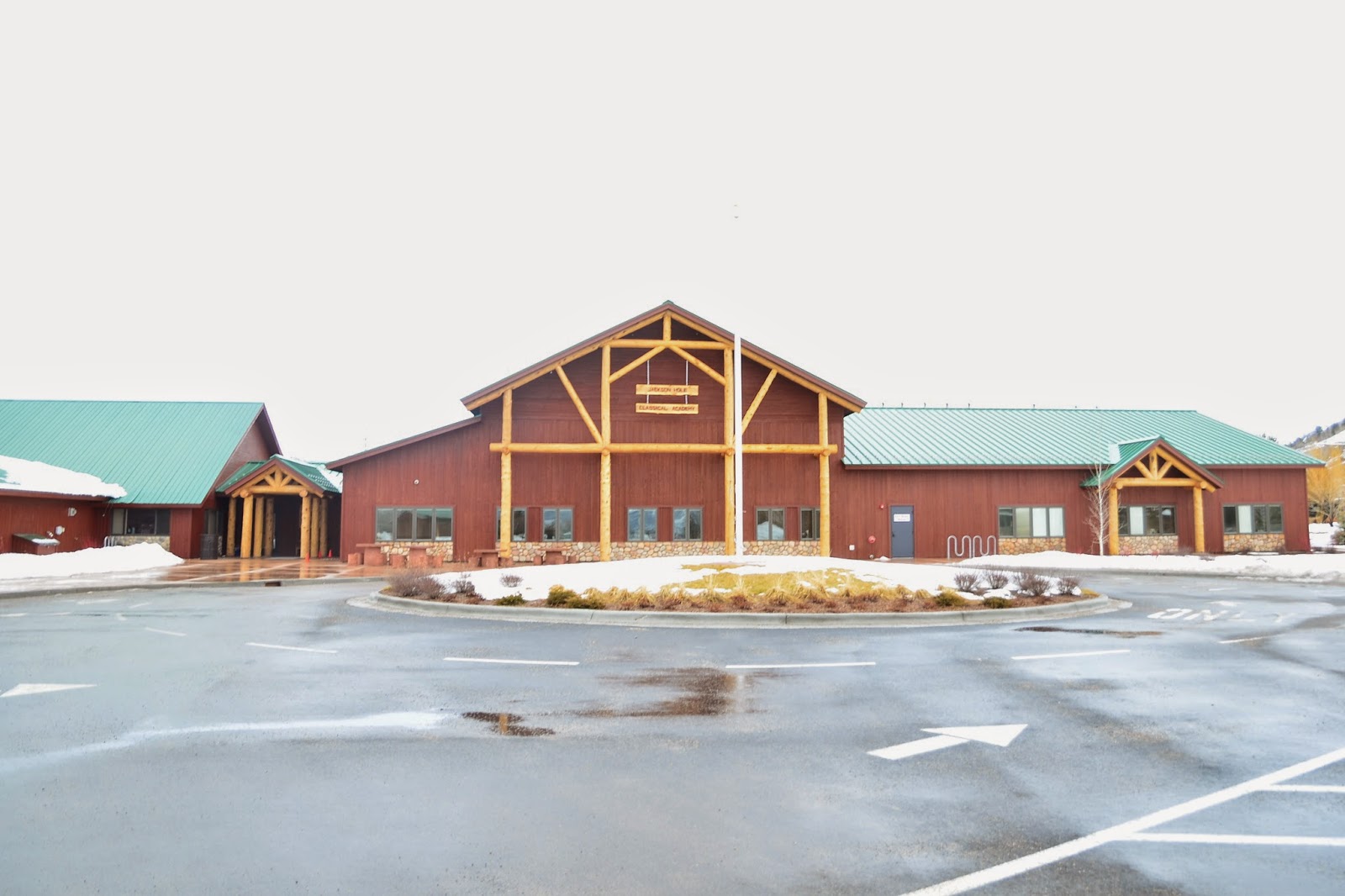 Just a year ago when we spent a month in Jackson, they were in the midst of beginning a new K-8 classical school. When we left in February, it was still very much in the early phases as they didn't know if they'd have a building, a headmaster, teachers or enough students to fill the school in the fall.

But when God wants to get something done, He moves mountains!

In September 2014, they opened their doors in a brand new building with a headmaster, teachers and 58 students. 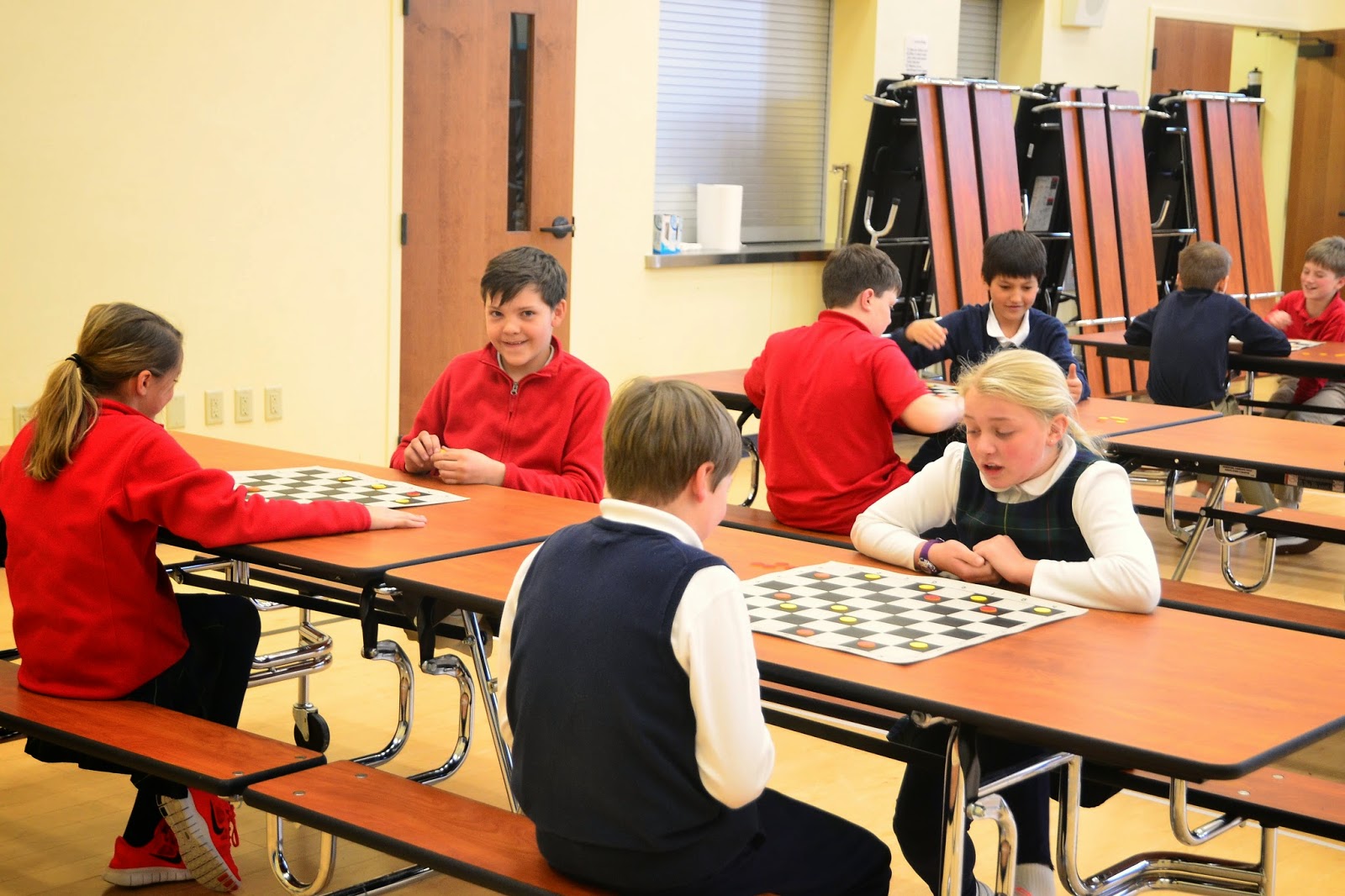 When we visited them in June, we watched the workmen put insulation into what would become the gym. It was simply amazing to stand in that space this week and see with our own eyes the miracle that has taken place over the past year. 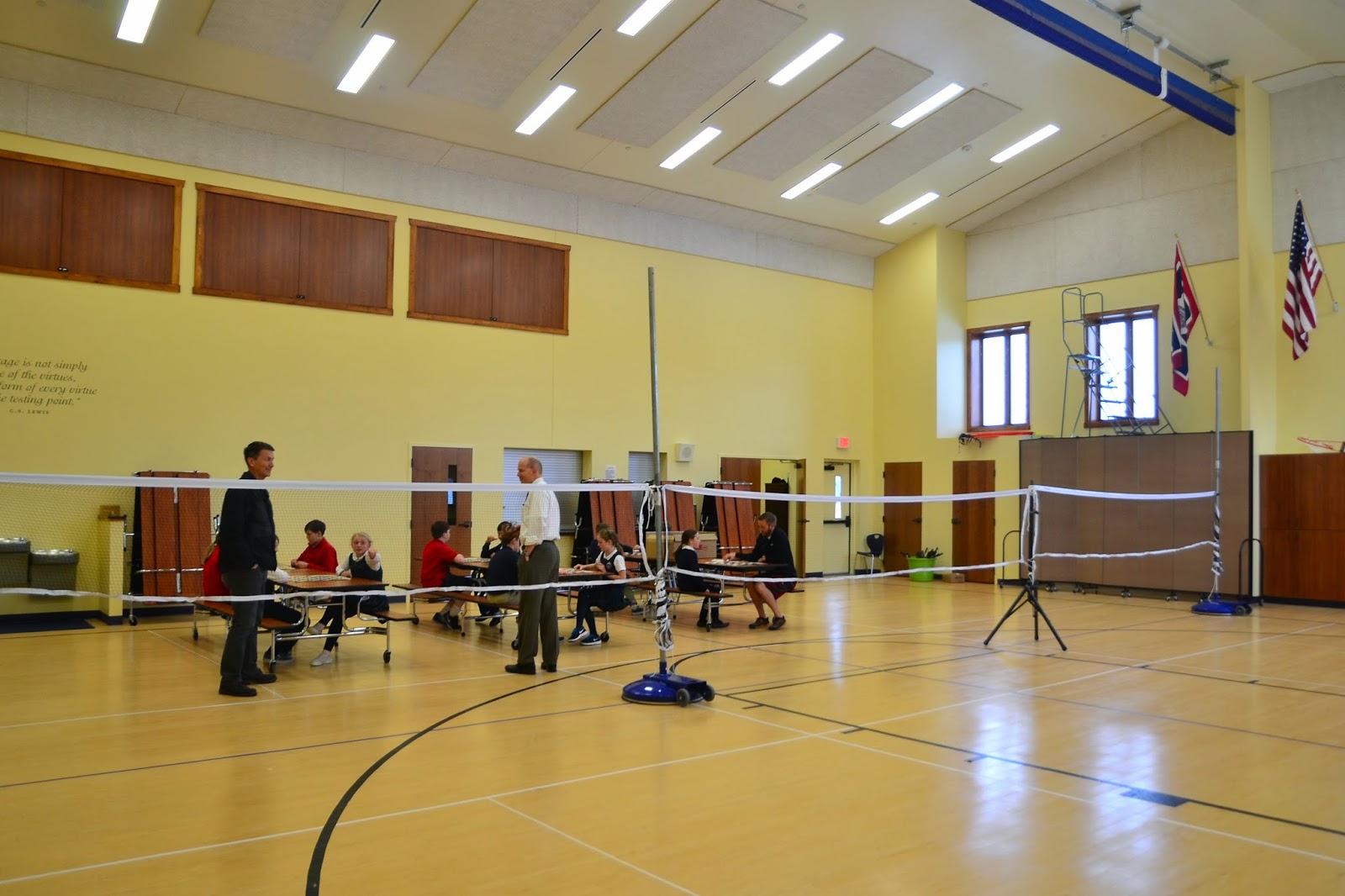 Even more wonderful was to walk through this incredible school and see Scripture on the walls, coats on the racks, artwork on the bulletin boards and to peek into classrooms and see what was going on. Something special is happening in this place. 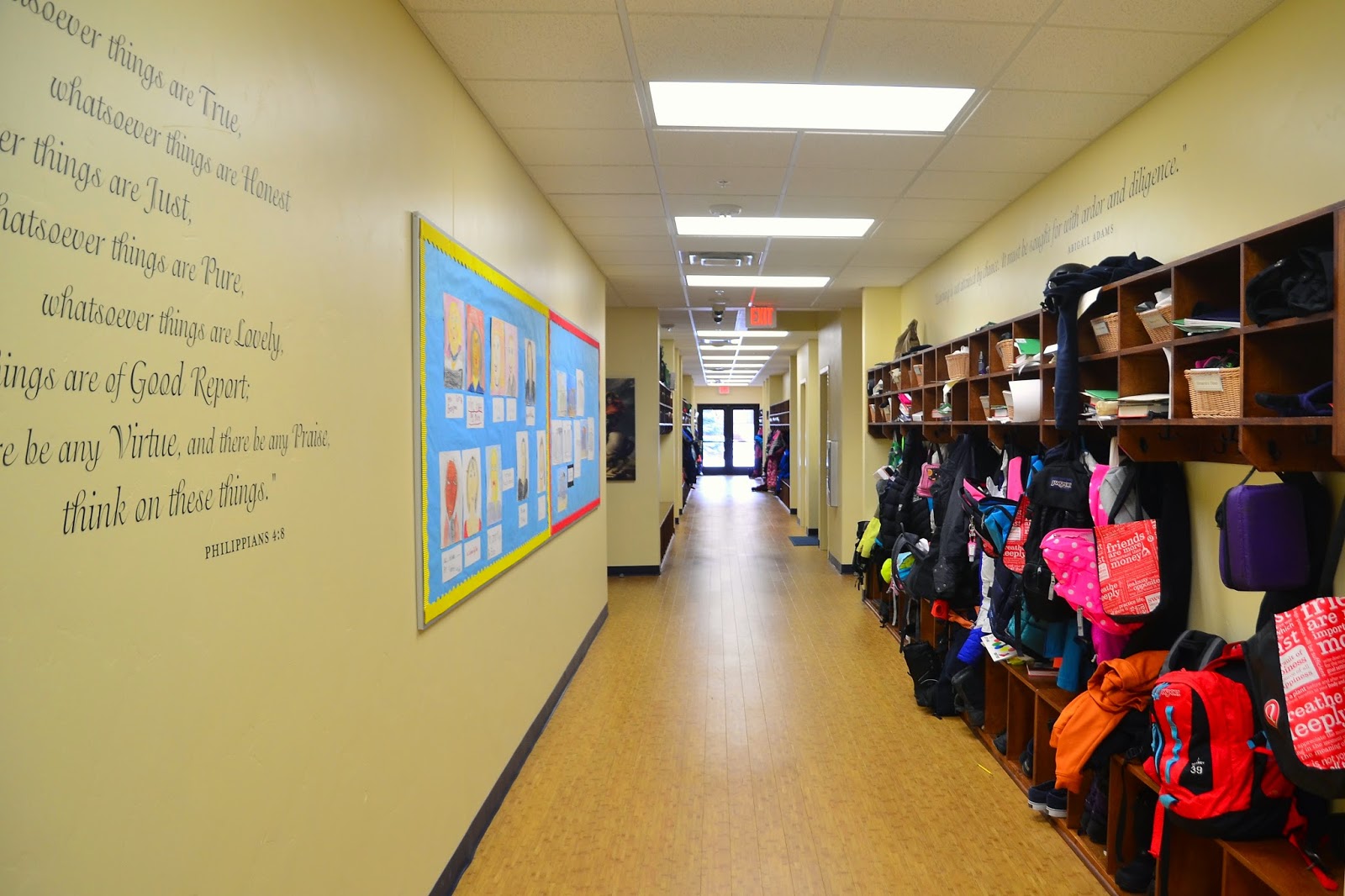 With much delight we went into the classrooms and saw a glimpse of the transformation taking place in the minds and hearts of students as they get a fantastic education under the guidance of committed believers who teach with clarity, enthusiasm and intentionality for shaping their students. 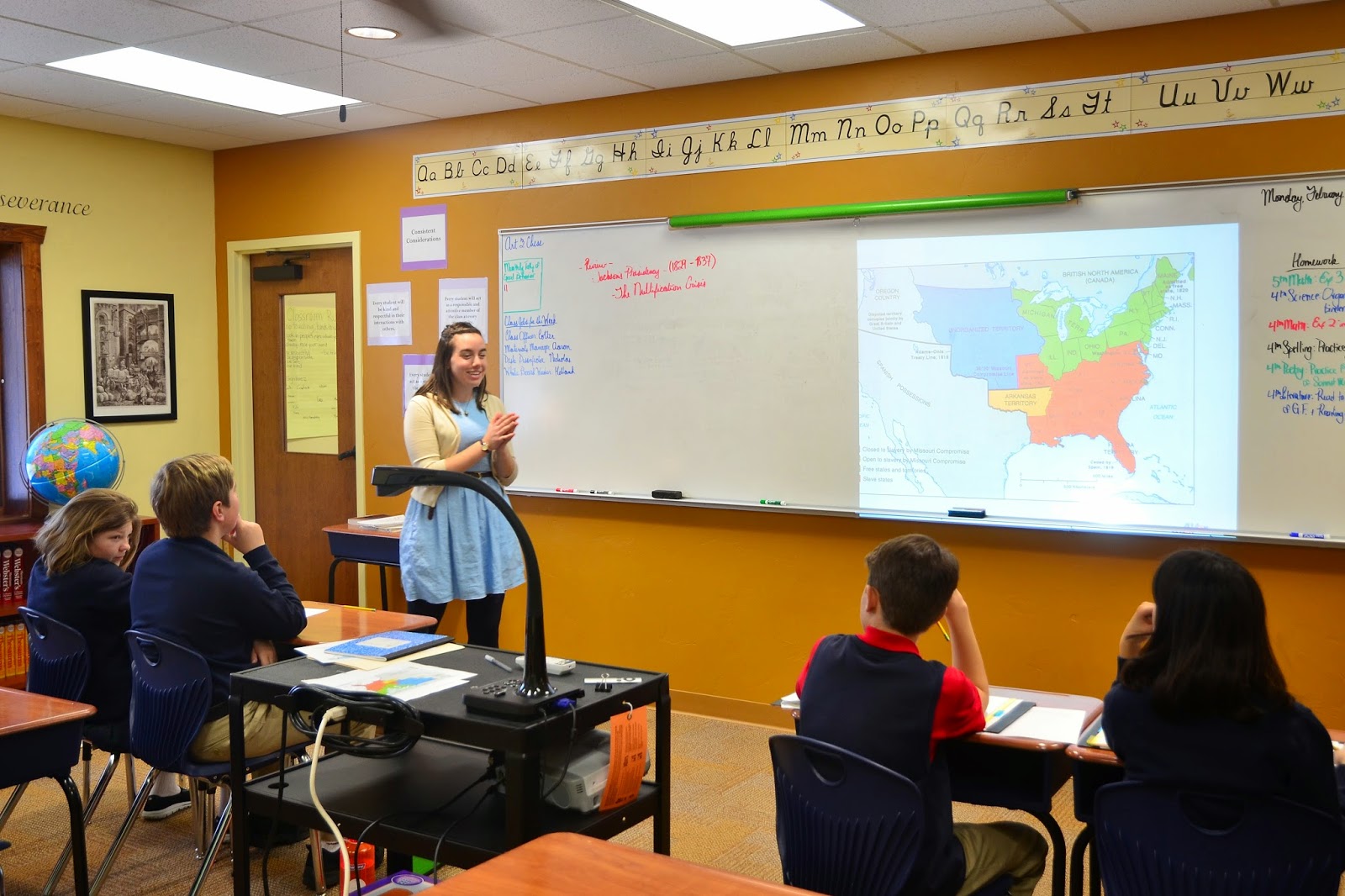 It's rigorous in its classical approach to education. Yet everywhere we turned we observed students enthusiastically responding to their teachers with curiosity, interest, respect and participation in whatever subject they were involved in. 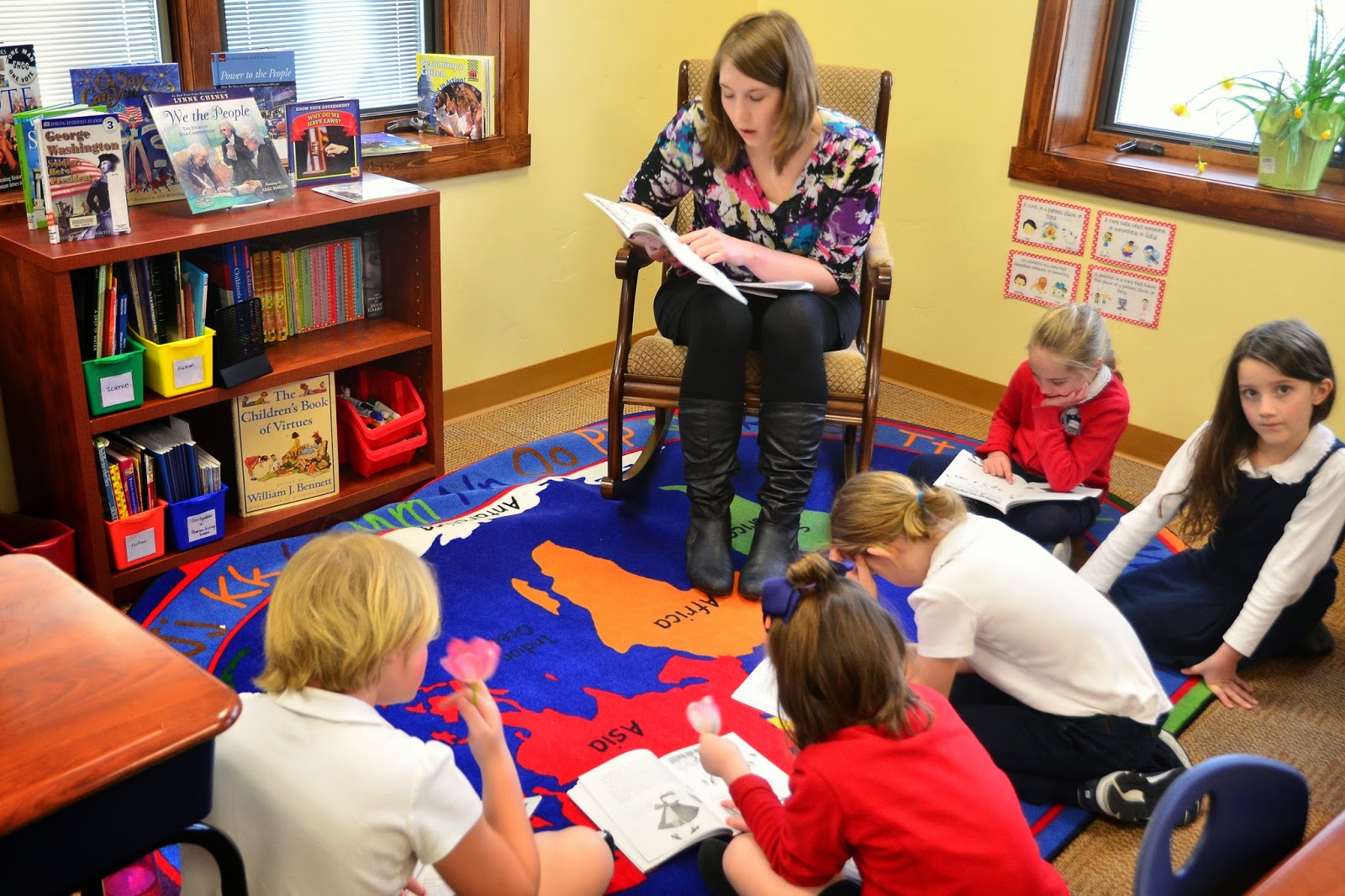 They include a great deal of art and music education as well, and I got such a kick out of seeing the portraits of teachers and the headmaster done by the kindergarten class!! There's some real talent there, don't you think? 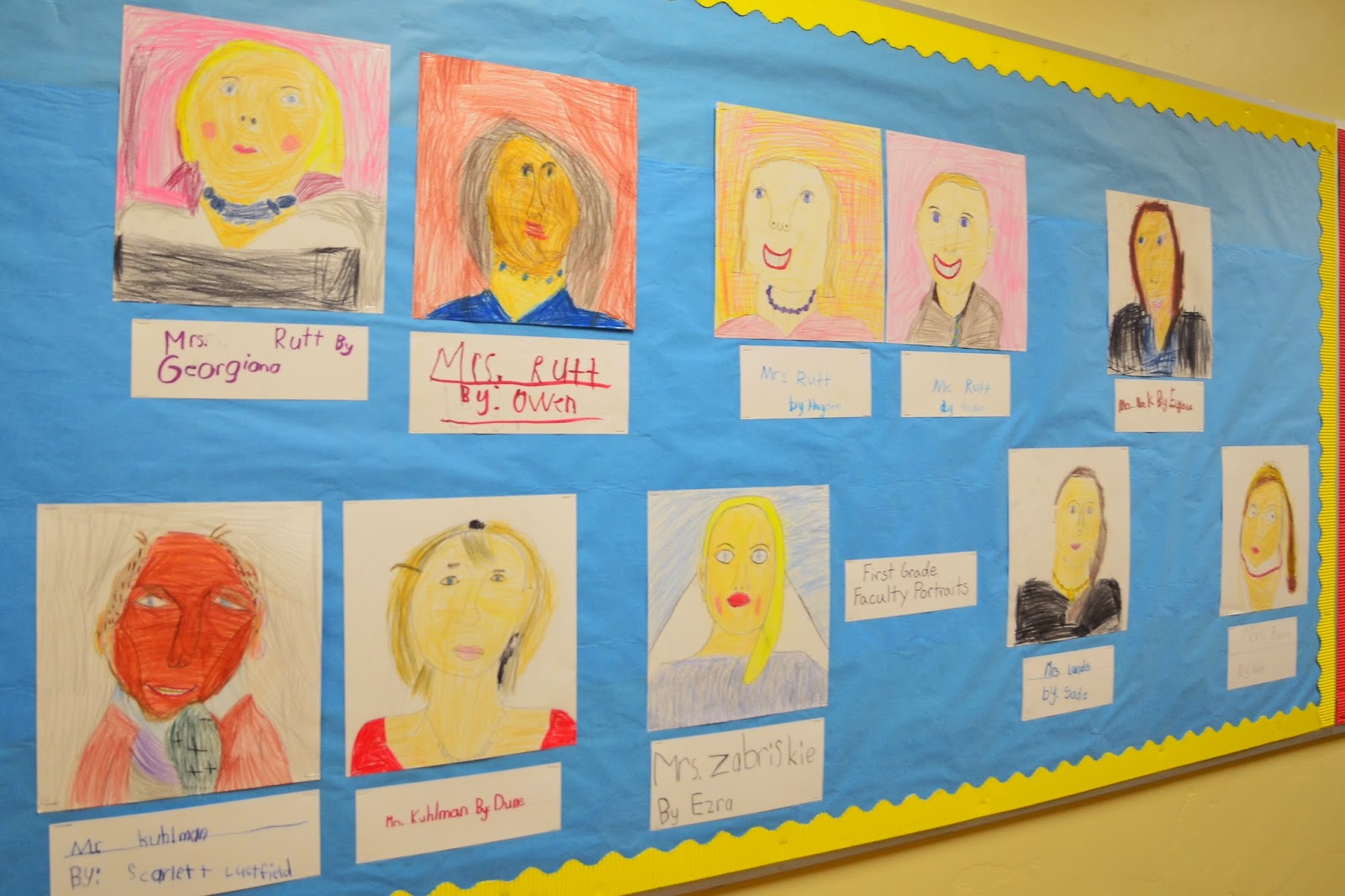 I'm so glad we were there for the end of the day as we observed one of the best parts about the school.

Every day they end with prayers and thankfulness. Though not forced or required to, every single student in the class we were in took a turn at saying what was on their heart that they wanted to pray for, and what they were thankful for that day.

It was powerful. And such a great way to end the day. 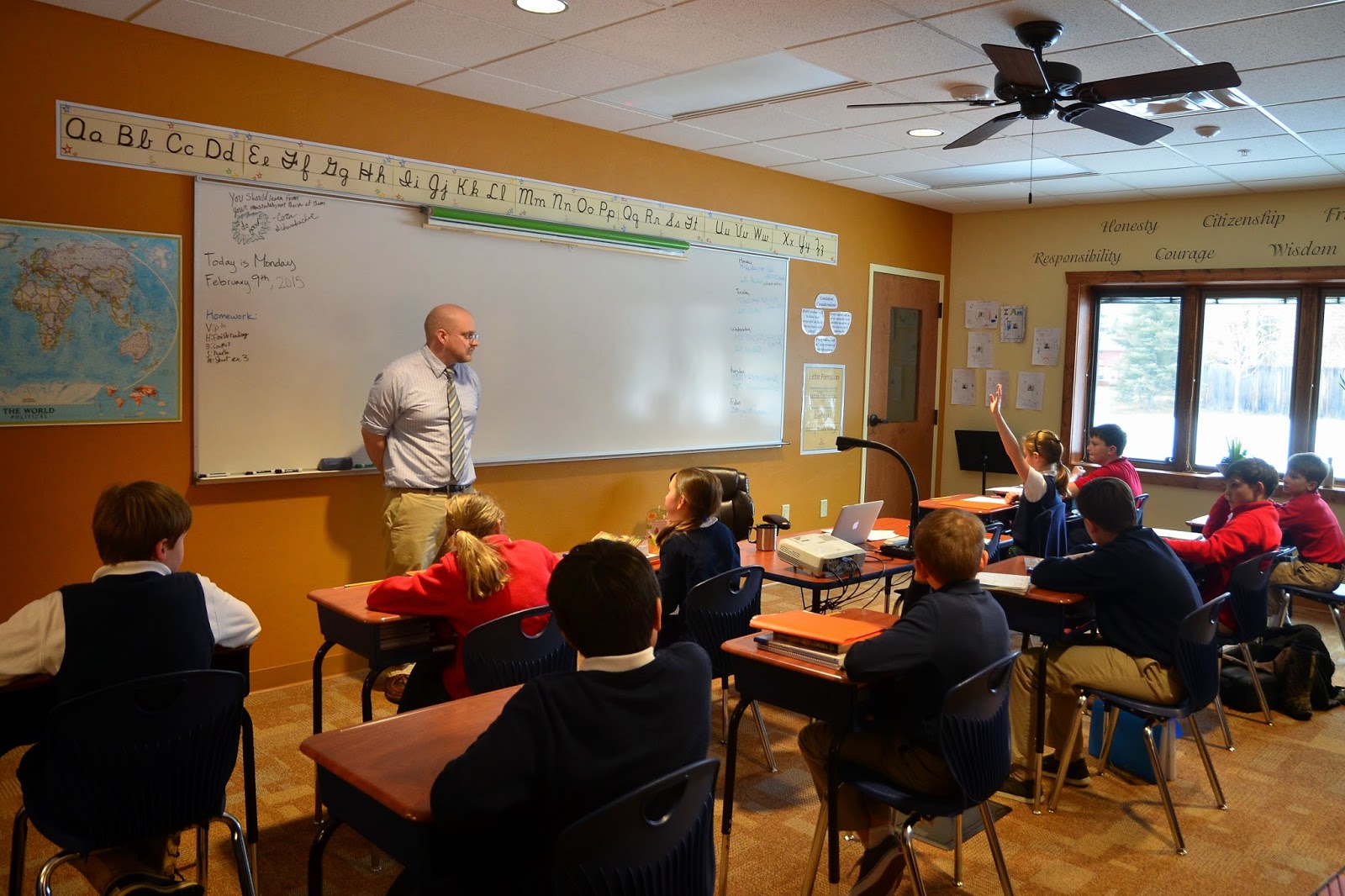 We are so encouraged by what God is doing at Jackson Hole Classical Academy! We believe that a new generation of young people with sharp minds, tender hearts and good citizenship are being raised up for God's purposes throughout the world. I really can't wait to see where these students end up some day!

It's our privilege to stand with our friends in support, prayer and encouragement as they press on with this calling.
Posted by Unknown at 11:48 PM