After working all day yesterday, I quickly dashed into nearby Frydek-Mistek, on a chilly and quickly darkening afternoon. 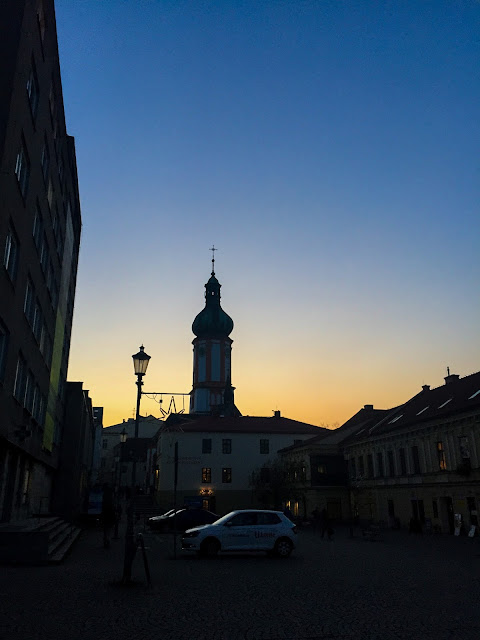 As I scurried towards the square, I was saying to myself, "I forgot how much I like November afternoons here!"

At just 4:30, twilight was already settling in, the air was filled with a good smoky smell (it's not always good, but yesterday it was!), and a bustle of people wrapped in coats and scarves were hurrying to get to their destinations. There was something oddly comforting about it.

My destination was an odd one. I needed something in particular, but hadn't been to the shop I needed to look in for perhaps fifteen years. I didn't even know if it still existed! 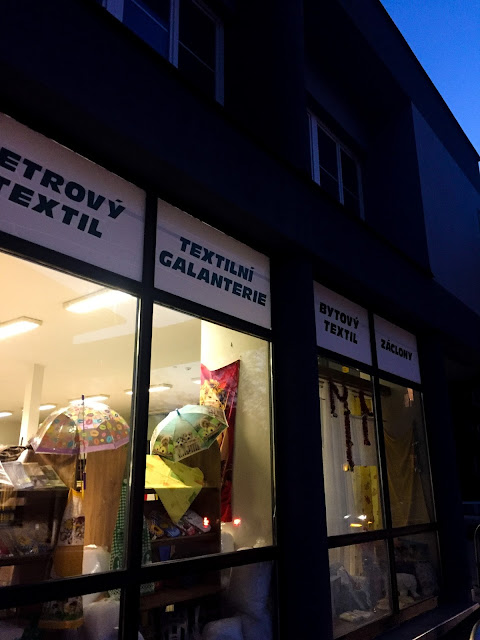 But thankfully, there it was, still on the corner where I hoped it would be.

And inside, it was exactly as I'd remembered it. 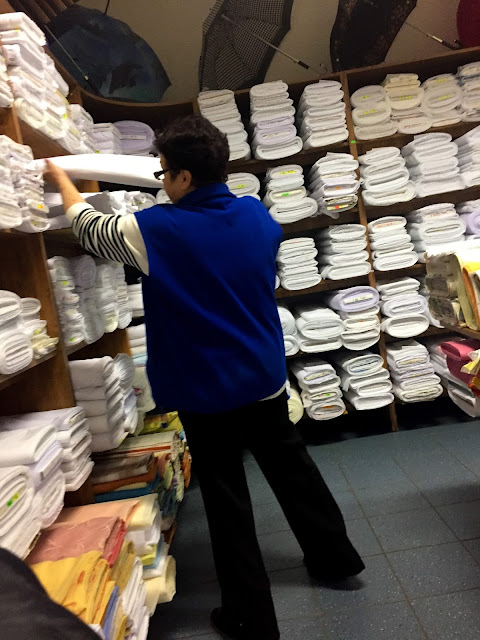 Finding a fabric shop here is not the easiest task. And finding one with such a large assortment is even more difficult. We have a small shop in Frydlant but it didn't have what I wanted.

And what was it I was looking for? Lace curtains, already hemmed, 70 centimeters in length! 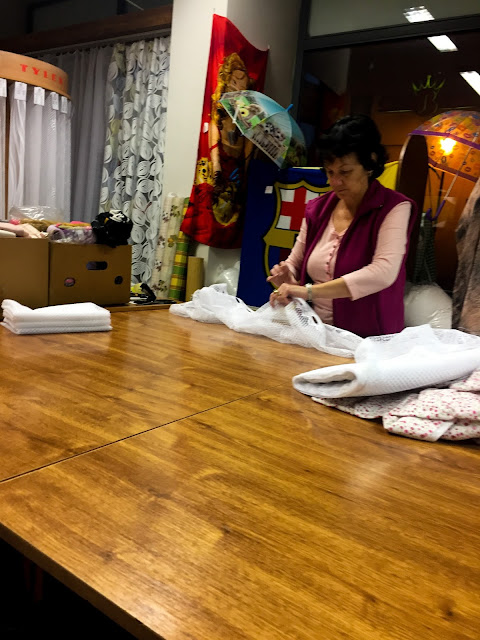 Because, for about 14 years, I've had curtains on the windows in two bathrooms that are too short.

It's one of those things where I stopped noticing and just went on about life, even though I'd gotten the wrong size to begin with all those years ago.

But today, I solved that problem, as well as another one...replacing the rods that have both broken in the past few months. I took that as a sign that it was time to finally replace both the curtains and the rods.

It was a small thing that didn't cost much, but felt great to have checked off my list that's been there for a very long time. 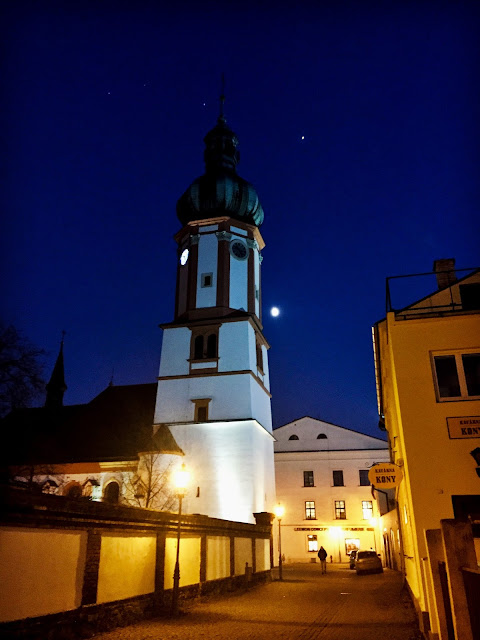 And enjoying this beautiful sight as I walked back to my car was a bonus!
Posted by Unknown at 3:00 PM