This is the only airport that I know of where you can still watch passengers as they arrive off the airplane. With no concourses, the passengers simply deplane by a rolling staircase onto the tarmac, and then make their way inside. You can see them through the glass as they come in to the terminal.


Unlike in the States where you can meet someone in baggage claim, here the passengers get their luggage and then come out.

And look WHO came out!! 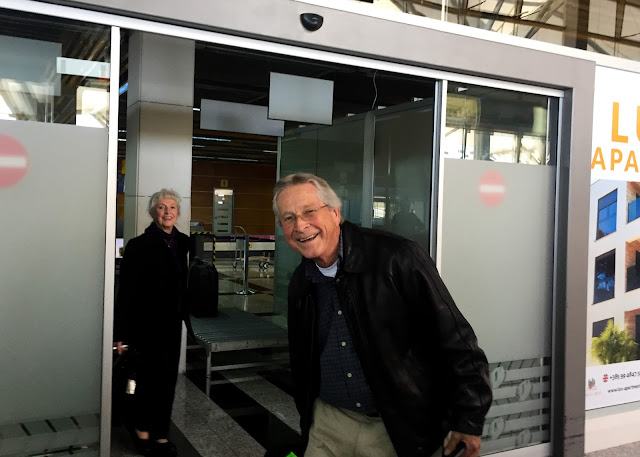 My parents came all the way from Oregon in the US to Split, Croatia where I was waiting to pick them up this morning!! 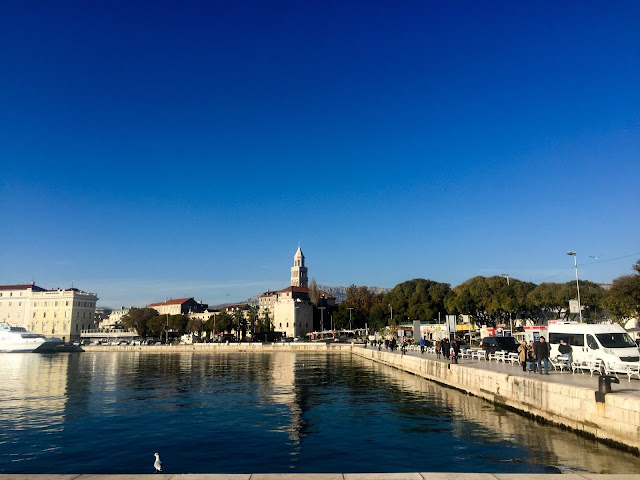 We hurried down to the ferry port in order to get in line, buy tickets and then head into the old town for a quick lunch. 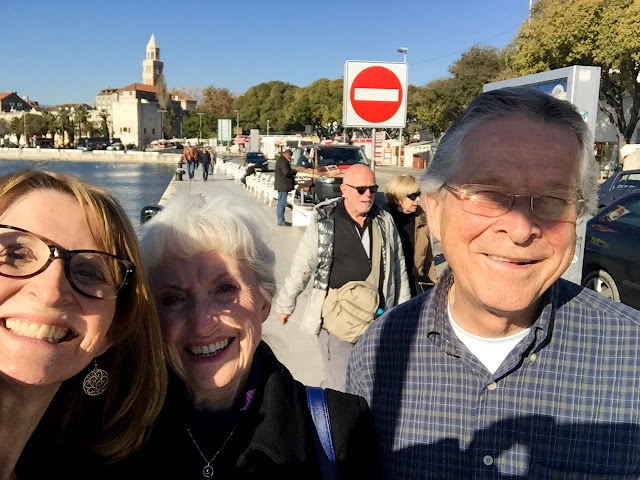 Even though it was a nice day where we could have lunch at an outdoor cafe on the riva/wharf, I wanted to take them into Diocletian's Palace, built by the Roman Emperor at the turn of the fourth century, 305 AD! He built it as his retirement residence. It's amazing! 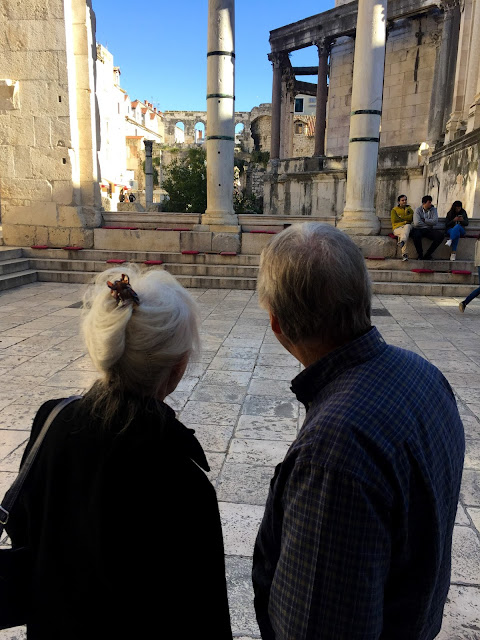 It is the world's most complete remains of a Roman palace, an absolutely spectacular sight to see if you're ever in Split. Though we were only in one small part, it's huge and takes quite a while to wander through. 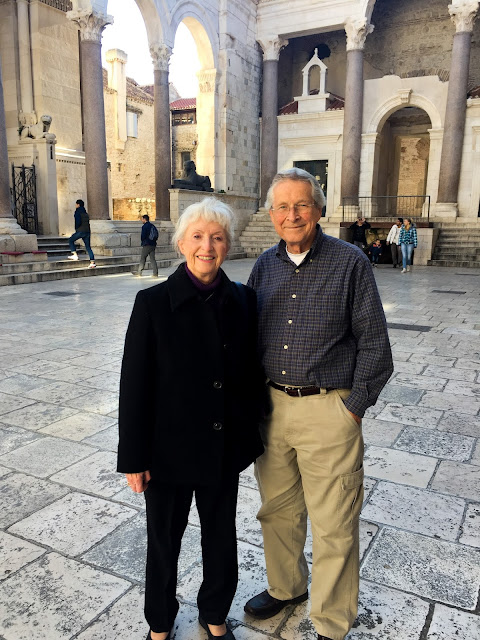 Nestled into the palace is one of our favorite restaurants, Lvxor (pronounced Luxor). I thought that would be a fun place for them to have their first ever meal in Croatia.


A cup of coffee, some good food, and sweet conversation was enough to fuel mom and dad on to the ferry, even though by this time they'd been awake for 27 hours. They look great don't they?! 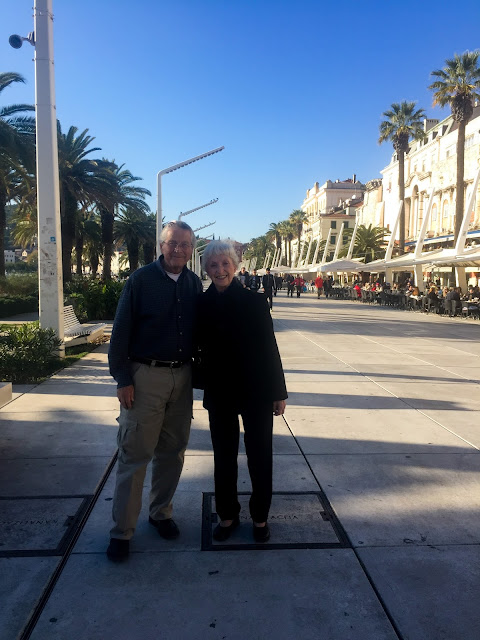 We got on to the ferry headed for Hvar, where I'm happily taking them to see our beloved island for the first time. 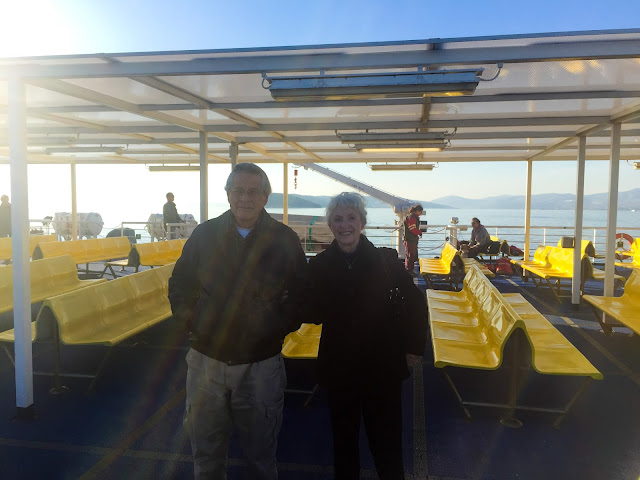 We'll only be here for a few days, but they get to stay with us in Europe for three weeks!
Posted by Unknown at 8:46 PM