All evening here in Jackson, WY I've been checking my phone to watch the progress of Game 7, the last in the World Series between the Cleveland Indians and the Chicago Cubs.

By the 8th inning, when the Indians tied the Cubs, I couldn't take it any longer! I had to somehow tune in live to hear the rest of the game.

And this was the only way. 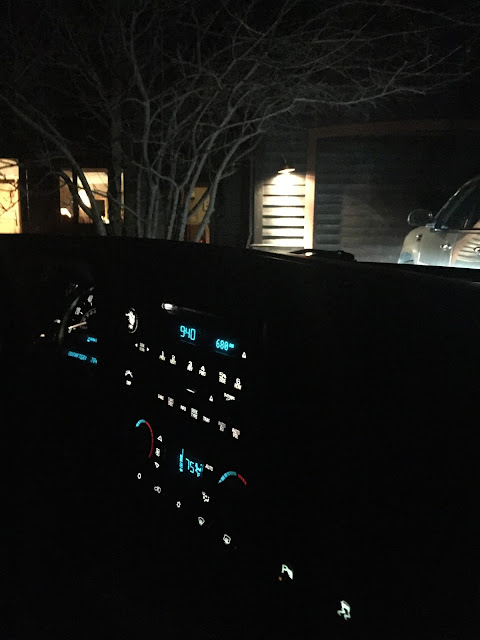 The friends we were visiting this evening couldn't get it on TV, so we went out to the car to get it on the radio. Static and all, we listened through to the end of the 9th inning, when it went into overtime. How awesomely epic was that??!!!

If you were watching/listening, you know there was a rainstorm and the game was delayed at that point. What a crazy twist to an already amazing game.

Our friends told us that we would probably be able to get it on TV at the house we're staying at, so off we drove hoping to make it in time. 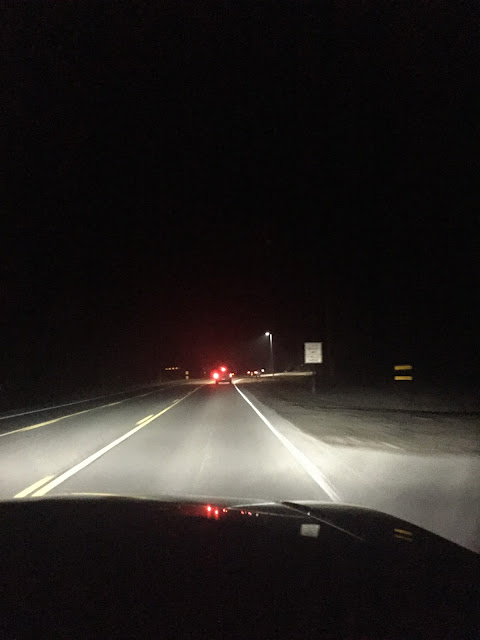 But when we got here, we couldn't find it on TV...not on over 900 cable stations! And believe me, we flipped through all of them.

While Dave was looking, I was on my phone, searching for some option to watch or listen. 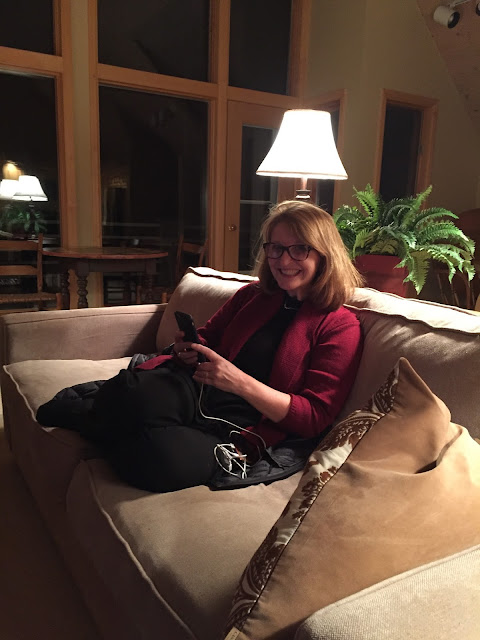 I finally found it on a radio app and eagerly listened as the rain lifted and the game went into its 10th inning. 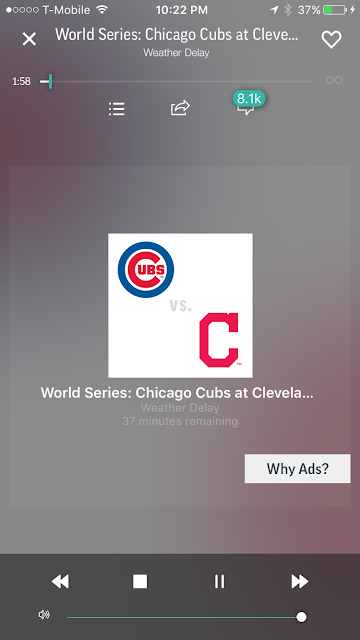 Dave persevered and finally found it streaming online on HIS phone. We are both persistent people!

But given the epic nature of this game, it sure was worth the effort! We were watching when THIS happened!!!!!!!!! 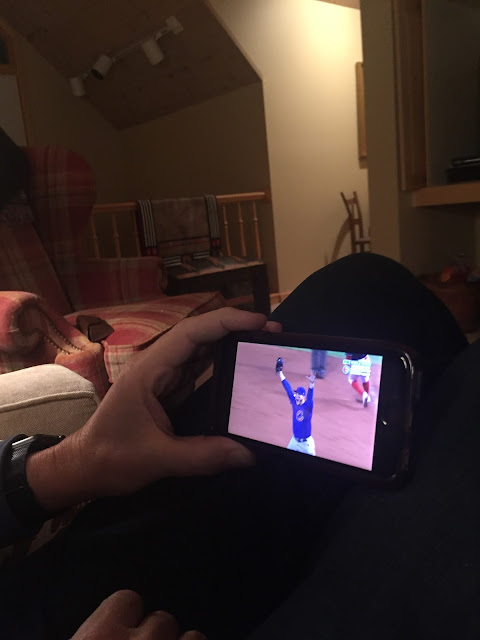 The Chicago Cubs, beloved team by us and much of America, won the World Series for the first time in 108 years!!!!! 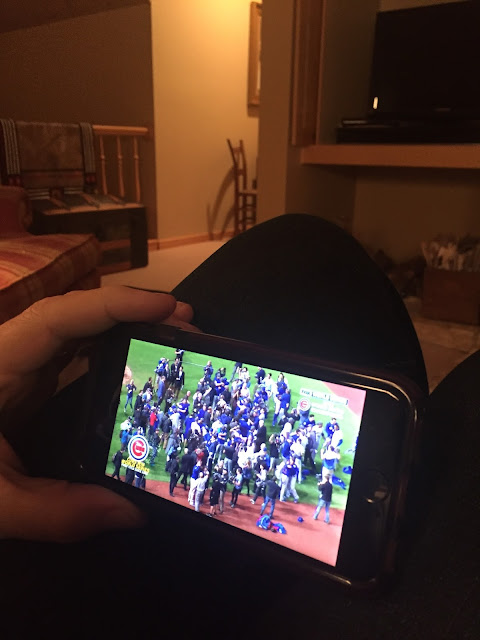 I won't lie. I cried. As I'm sure millions of others did across the nation.

"Thanks for teaching me to love baseball, dad!" 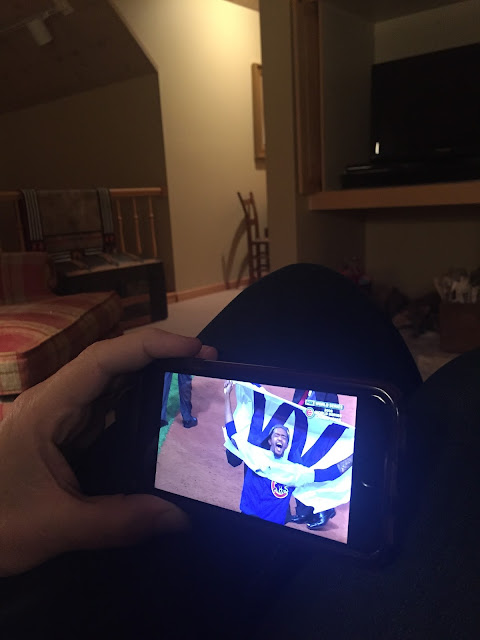 This is one of those moments in history, that for years to come people will ask, "Where were you when the Cubs won the World Series?" I'll sure never forget that I was in Jackson, watching via radio and internet on our phones! 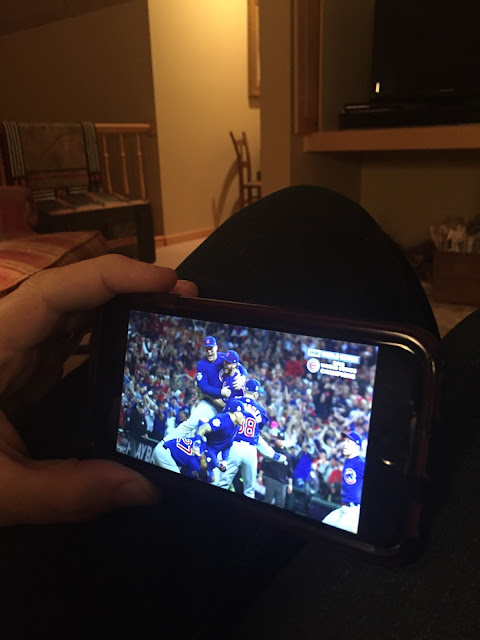 That was an absolutely epic win for a team who sure earned it!!! Congratulations Cubs!!! 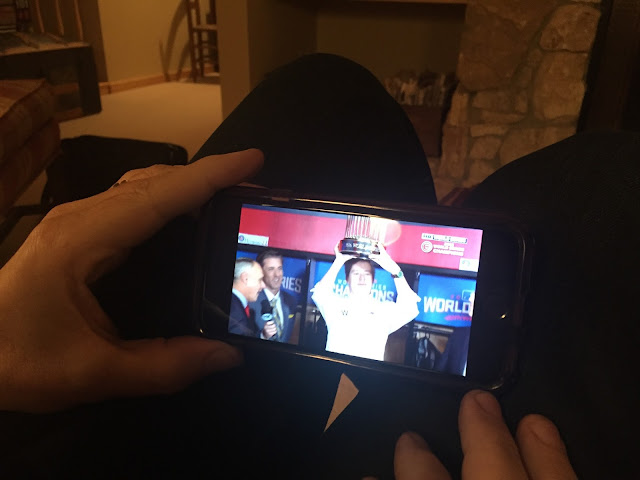