It was the summer of 1994, one of the hottest on record in fifty years. We'd only lived in the Czech Republic for eight months at that point, yet a door opened to do an English camp that summer with students from the high school where Dave was teaching English.

It had never been our plan to do English camps. But fast forward twenty four years, and it's very clear that it was God's plan!

This summer we'll do another 125 camps, which will bring us to more than 1300 camps with nearly 65,000 students. That's a lot of camps and a lot of students!

And yet, it's still one of our most effective tools for evangelism. And that tool is happening again right down the road from us at Malenovice, our training center. 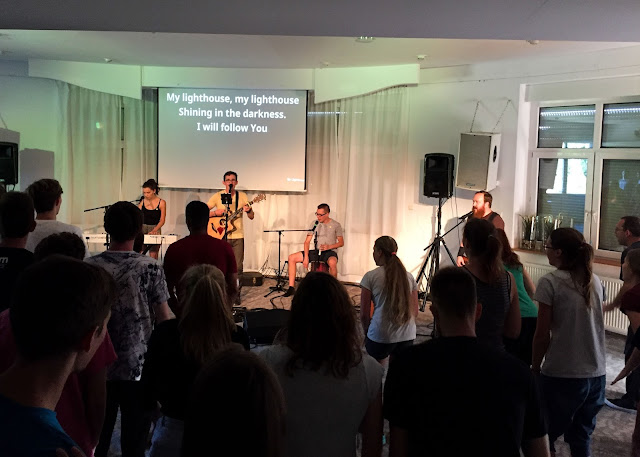 And how very special to have our son, Caleb, up there this week, leading a team from his church in Colorado! We stopped by the evening program tonight, just in time to see him lead fun camp songs. Some of them, the same as we sang 24 years ago at that first camp! Some things don't change. 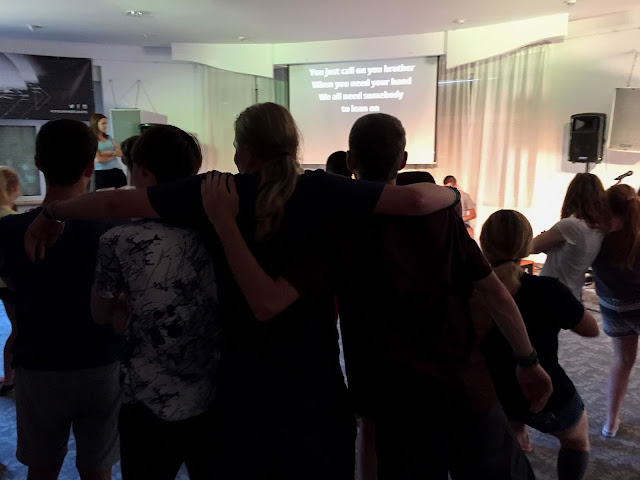 But the best part of the evening was getting to hear Caleb give the talk tonight...in Czech! Students knew that he could speak Czech, but didn't know why until tonight when he told part of his story about growing up here. 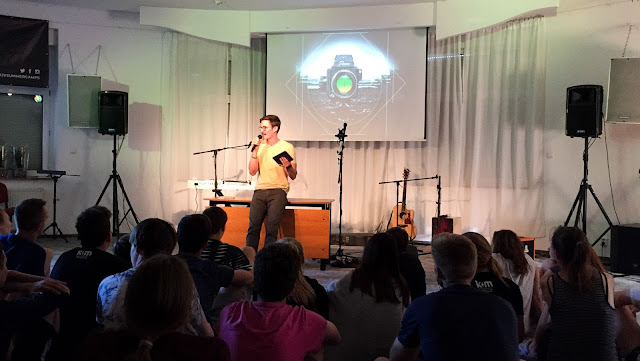 It was the perfect talk for him to have in the series of camp talks that our team developed for each night at our camps across Central and Eastern Europe. He talked about the familiar Bible story of Zacchaeus, and how he was an outsider in his town of Jericho when Jesus came, saw him and called him down out of the tree. Caleb shared stories from his own life of feeling like an outsider growing up here, even though he could speak Czech. Yet in many ways he didn't belong.

By the way, that's a very common trait of third culture kids. 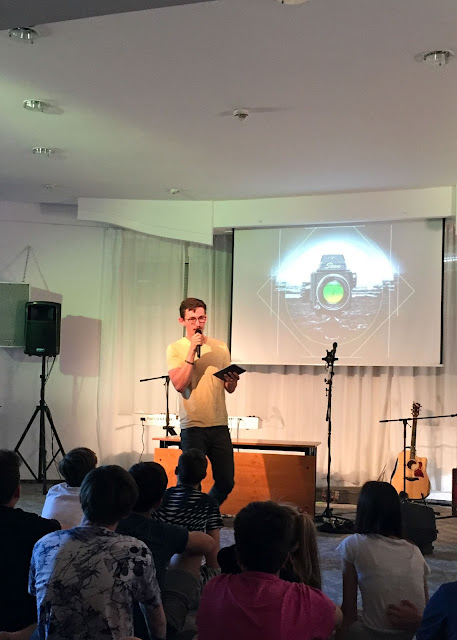 He didn't provide any answers about being an outsider, as these talks build on each other, coming to a climax on Wednesday when the Gospel will be shared. There are at least 25 students at this camp who haven't put their faith in Jesus, but will be given that opportunity when everything has been explained. Be praying for those students.

For us as parents, it was rather surreal to listen to our son give one of these camp talks! Even though he's been at camps since he was a baby, started serving as a translator when he was just eight years old, and did camps throughout his high school years...it's still such a testimony to God's work in his life that he's here today doing the very work that we came to do nearly twenty four years ago: sharing the Gospel with young people and discipling them to maturity in Christ. 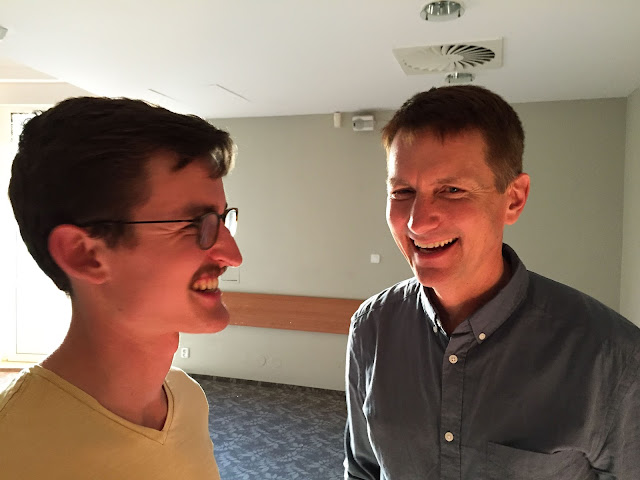 We are deeply moved by our kids' walks with God that are leading them back in this direction to serve the Lord full time with JV. When they were little kids, I sure didn't foresee that! But I'm glad God did.

After the evening program ended and the kids and leaders went to their discussion groups, we spent a few minutes talking to Brad, the JV staff person that serves in the Czech church leading this camp. 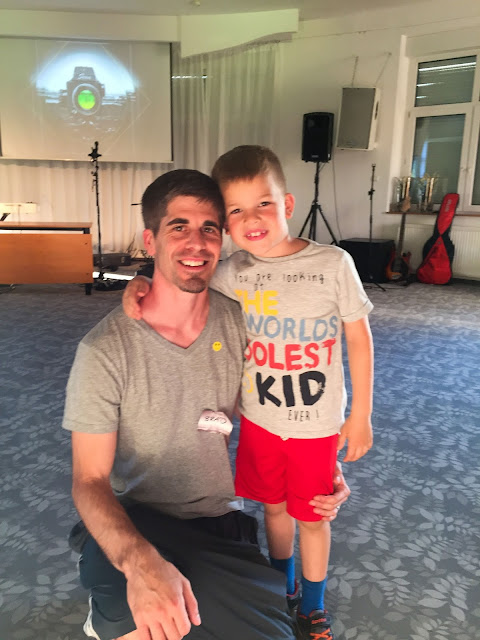 This camp is his 37th camp in all his years of serving with JV! And now his son is the next generation to grow up going to camps. In fact, it was so cute when we asked Brad how many JV camps he'd done, and then his son immediately wanted to know how many camps HE'D done! He's just seven years old, but has been to at least five camps, his dad said. 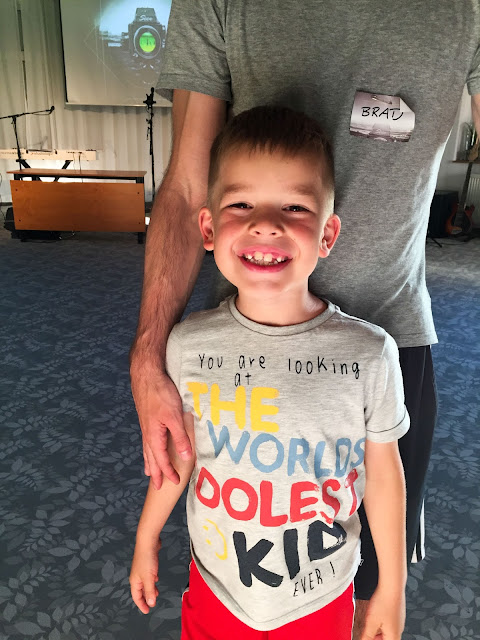 I hope someday I'll be up here at Malenovice watching Adam give a talk or lead worship! 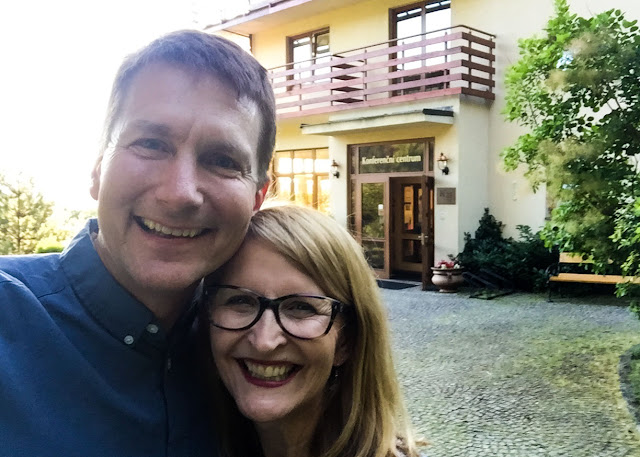 I expect that I'll get to see yet another generation come through these doors, sharing their lives and the Gospel.
Posted by Living By Lysa at 10:01 PM