In the Lord's amazing kindness and sovereignty, Dave and I had the joy of being at our friend, Jay Kayll's 60th birthday party here in Denver this evening, with this amazing group of long time friends. 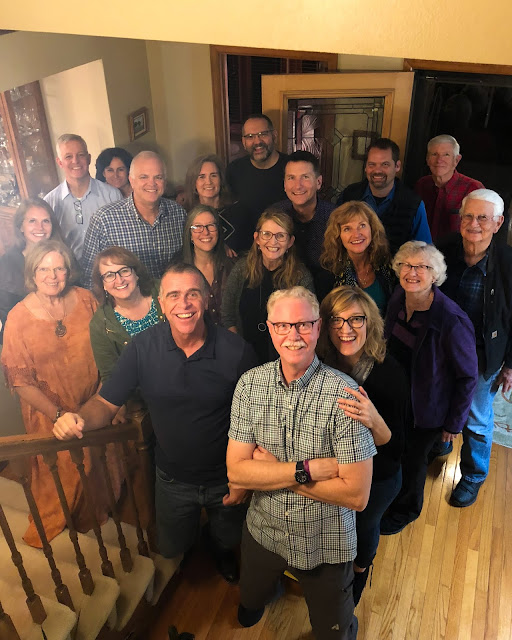 A few weeks ago his wife, Jerri, my long time dear friend from Germany/Malachi Singer days, sent me an invitation to this party saying something like, "I'm sure you won't be able to be here, but just know you're invited".

As it turned out, we were already planning to fly in to see Dave's parents, so arrived this afternoon, picked up his mom and dad, and made it here just on time for the celebration! 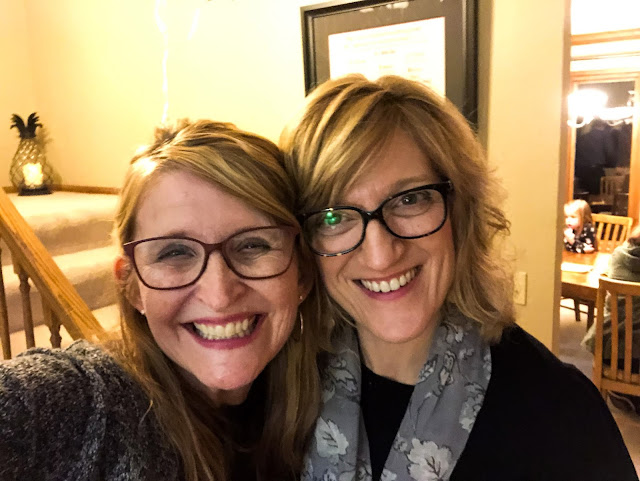 I met Jerri 34 years ago when we spent the summer as missionaries with Malachi Ministries (Cadence International), on teams with Dave, his brother, Steve, sister, Joyce, my now brother-in-law, David, Laura Hash (who serves in JV with us) and Brian Davis, who served many years in Germany with Malachi. It's amazing that God bonded us together all those years ago, and we're still in life together!

Just a few months after that summer of 1984, Dave met Jay when he came out to Germany on a BIOLA abroad trip. Amazingly just a year later, Jay had raised his support and came to serve military dependent teenagers with Malachi in the military community of PATCH Barracks in Stuttgart. 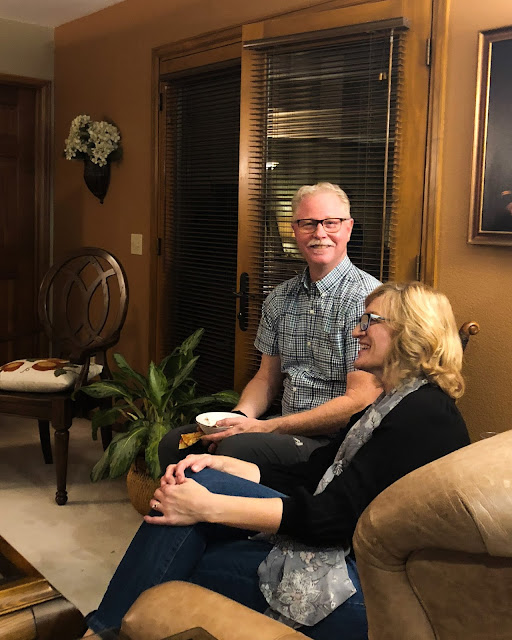 Jerri planned the party with Jay's knowledge, but also asked many friends from the past decades to send in 30 second video clips wishing him a happy birthday.

Our nephew, Jonathan Schroeder, put it all together in the THE MOST meaningful video compilation! 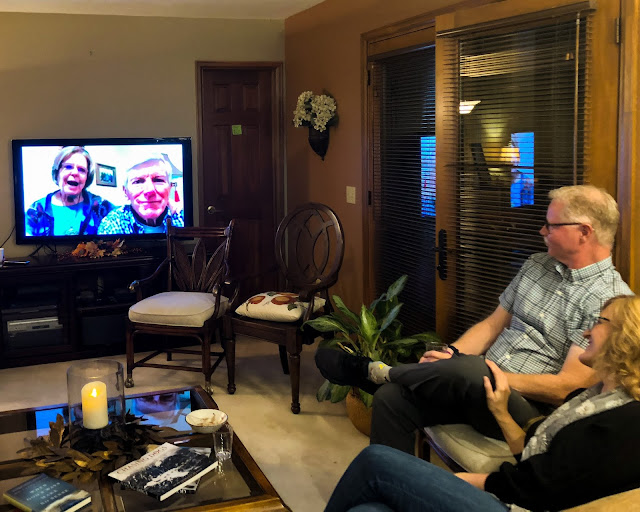 I laughed and cried as so many I've known over the years spoke of their love for Jay and what he's meant to them.

Those of us here at the party did the same in person, all ending up one way or the other talking about the theme of Jay's God given gift for giving friendship, kindness, helps, and having eyes for SO MANY PEOPLE! 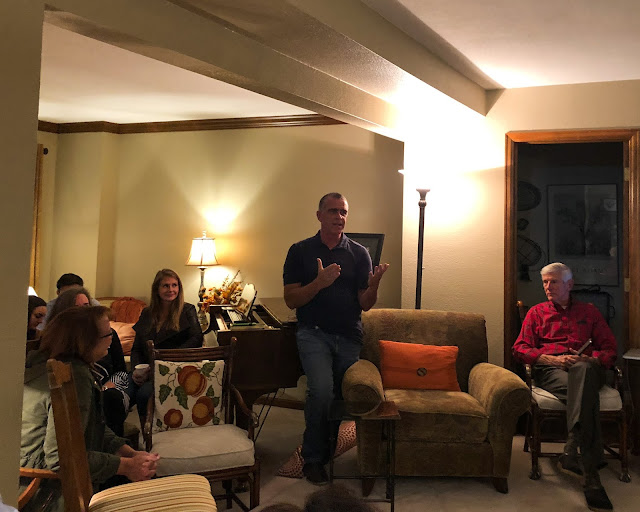 Many of us talked about times that Jay called with a word of encouragement, or took care of something that needed to be done. Or simply came alongside side us at a moment of need.

We have all been impacted by Jay's amazing gifted ability to reach out and see people and their needs, and do something about it. 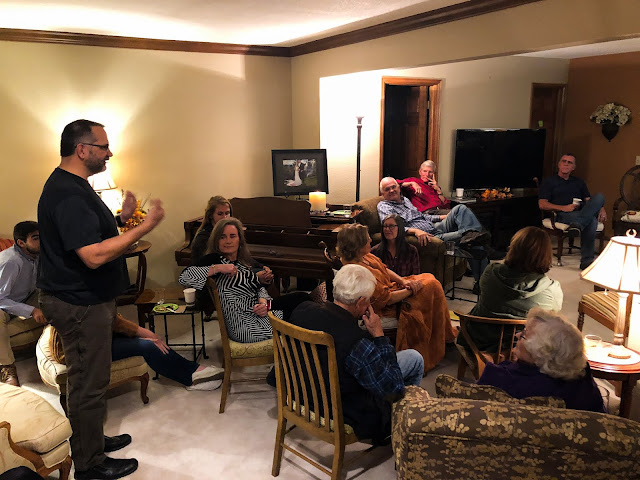 I'm still wrapping my heart and mind around the significance of being in the same room with many of these people who have profoundly impacted my life.

Ones like Dawn, who I haven't seen in oh so many years, but loved like a little sister in her early days serving with Malachi. 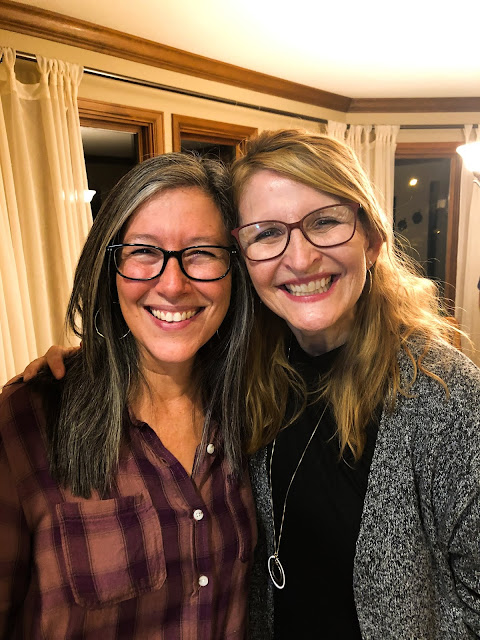 And these men...Dave, Rod Taylor, Duncan Sprague, Jay, and David Schroeder...all early Malachi missionaries who served in Germany in the early 80's to mid 90's. 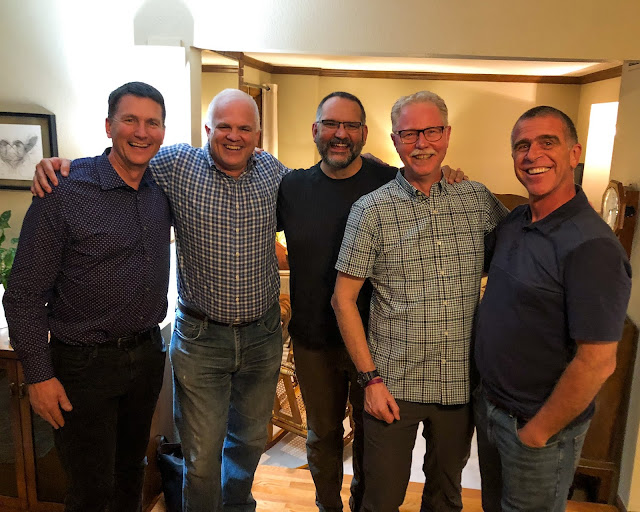 And of course their amazingly gifted wives, and Dave's wonderful parents who were at the center of those precious, impactful days of ministry.


We haven't been at a reunion like this for years...maybe ever?? We see different ones of these more frequently than others, and have been together in small groups here and there. But I love them all SO VERY MUCH. Each of them mean the world to me, and have made deep investments into my life, making me who I am today. 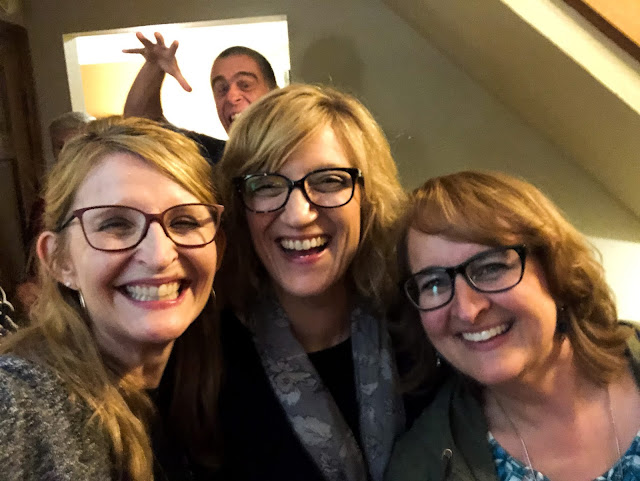 Oh the laughter tonight as we reminisced and told stories about those "good old days".

And then, one thing led to another. And before we knew it, we were trying to resurrect some of those old Malachi songs that we used to sing. 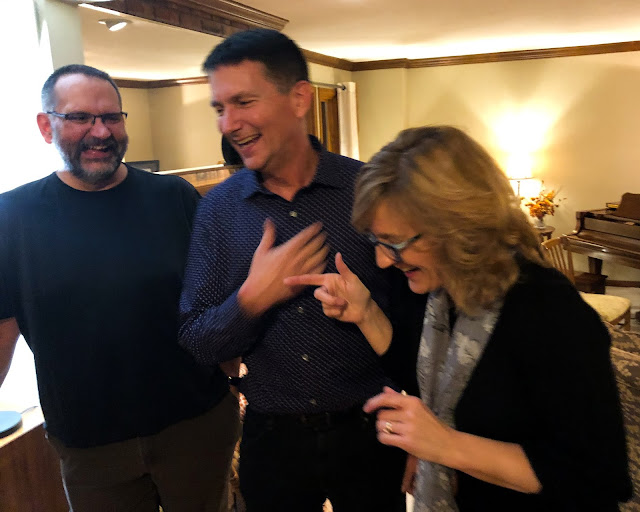 The first few tries didn't go so well. Of course it's been over 30 year since we last sang together.

Oh...and because Dave kept trying to "steal" Jerri's alto parts!!! Once they figured that out, we were good to go! 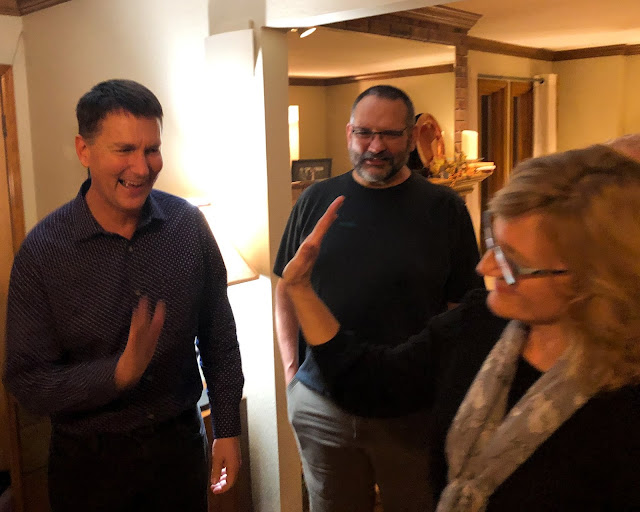 "Swing Low",  "Great is Thy Faithfulness", and a rousing rendition of "Beans'".

Oh...you've never heard of that amazingly profound song before? 😉 HAHAHA!

It was one of our "crowd warmers" back in our concert days! I tried to find someone singing it on You Tube but to no avail! You'll just have to trust me...it's hilarious, and ends with the bass singers going way down low, which is what's happening here! 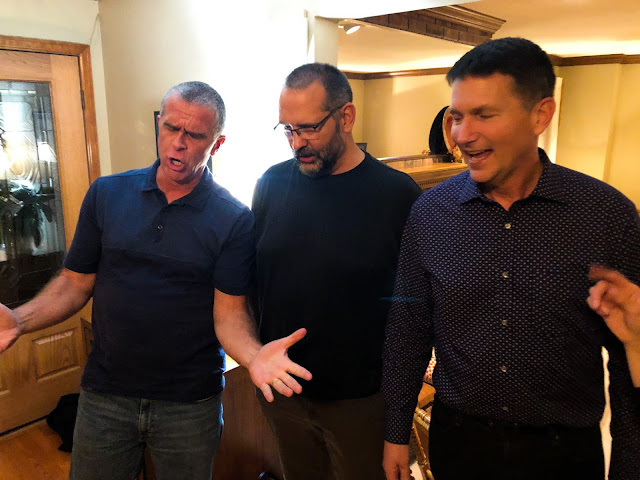 When we finished "Great is Thy Faithfulness", Dick spoke up and reminded us all that he wants Malachi Singers (anyone who can be there!) to sing that song at his funeral; yes he talks very opening about what a great day it will be for him when he's gone to glory! 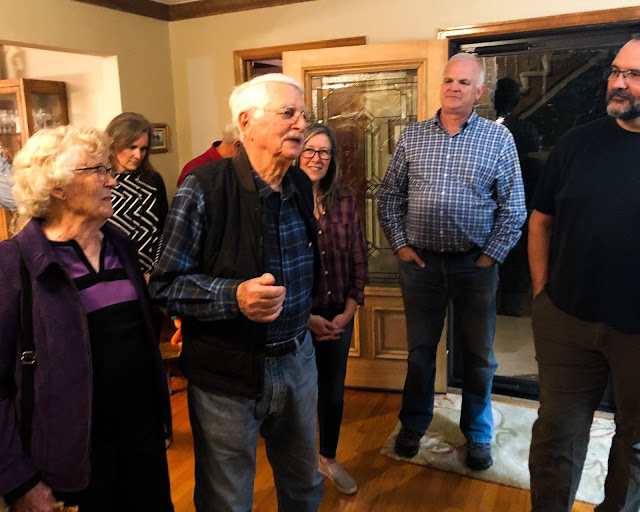 Years ago dad asked me to be the "keeper" of this desire of his and make sure it happens. Maybe he's told others too, but now we all know, though we told him to be sure that it won't be for at least 8 years (when he turns 100!) or more!

Duncan and Angie's son, Ben, recorded a portion of that song and posted it to Facebook, along with such a sweet message. You can hear that recording just below, or see farther down for his post.

It was an extraordinary evening of celebrating Jay, and being with a dear group of people that all love each other, continue to walk through life together, and who are making a great impact for the Kingdom of God around the world.

While we were missing many others who were part of those years together, it was sweet to gather with this group tonight for a sweet taste of what heaven will be like some day!

Over 30 years ago my parents were a part of a mission's team called the Malachi Singers. The team traveled around Europe putting on concerts for youth/students whose parents were stationed on US military bases. A few of them were reunited at a birthday celebration tonight, and they gave a little impromptu concert.

Today the former team consists of founders and presidents of incredible ministries, missionaries stationed all around the world, and nearly all of them still involved in full time ministry, changing lives.

It is truly incredible to see just how great God’s faithfulness is through their stories and music. I’m so inspired to see how God uses the humblest of beginnings to change the world. I can’t help but be reminded of our king Jesus’s own humble beginning, and the world-changing, eternity-altering gift he gave us when he went to the cross for our sins.

He really is a faithful and awesome God!
Posted by Living By Lysa at 11:26 PM