Not Exactly as Planned

This morning I said goodbye to Dave, who is staying in Lviv for a couple of extra days, and headed out with the rest of those who are returning to Czech. We got in Ubers (yes, they have them here!) and headed for the train station to catch our first train of the day.


But upon arrival, we ran into a small glitch. We didn't have enough tickets to all take the train. And there were no more seats to be had, which meant that two people had to take some other means of transportation.

Jack, one of our JV board members, and his wife were returning to Krakow in order to get on a flight back to the States the next day. Since he was staying at an airport hotel, it made the most sense for them to take a flight from Lviv to Krakow, and send the rest of us by train to Krakow where our cars were waiting at the train station.

So we said goodbye to these two, who suddenly had an unexpected few more hours in beautiful Lviv! 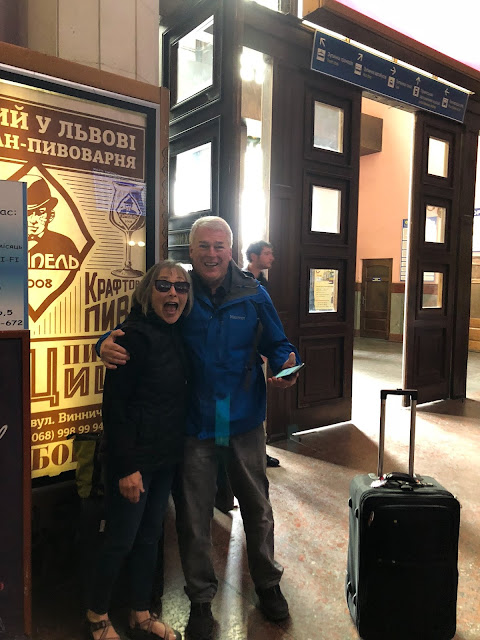 Thankfully and uneventfully, we made it onto the train and began to let down after the past week and a half of conference and travel. 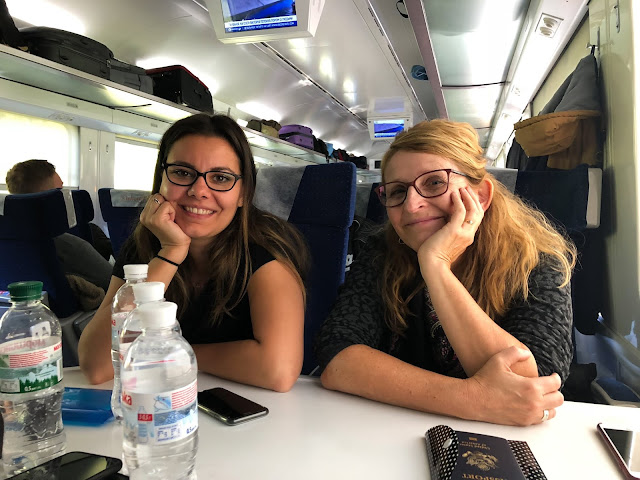 I was starting to feel sick as we traveled, so was looking forward to getting home by early evening.

But when we arrived at the border town again, the passport control guards came to our train compartment last to check everyone's passports. By the time we got off the train, our connecting train had left without us...just five minutes earlier.

I kid you not...this is NOT a posed photo! 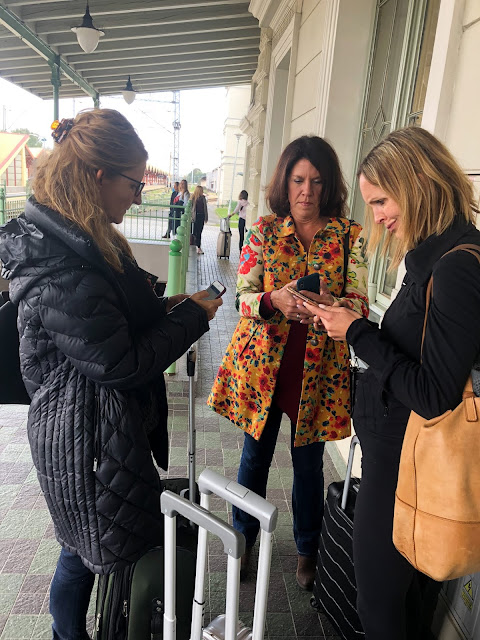 We all went into "solve this problem" mode, looking at the internet on our phones to try and figure out a solution for how we could get back to Krakow! 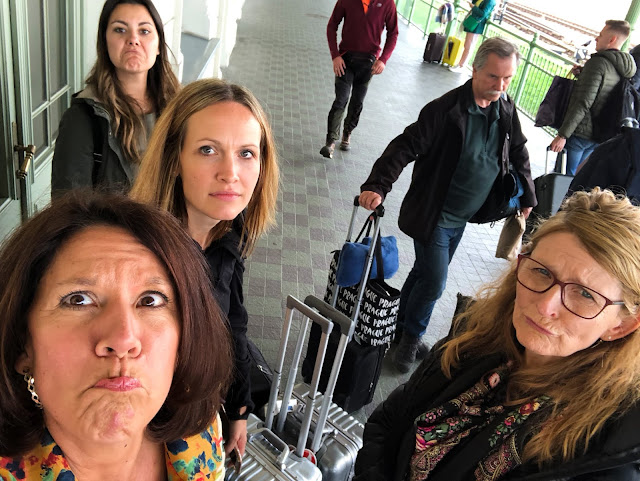 Brian, who isn't pictured but was with us, saved the day by finding a Flix Bus that was leaving in an hour. That meant we even had time to go get some lunch! 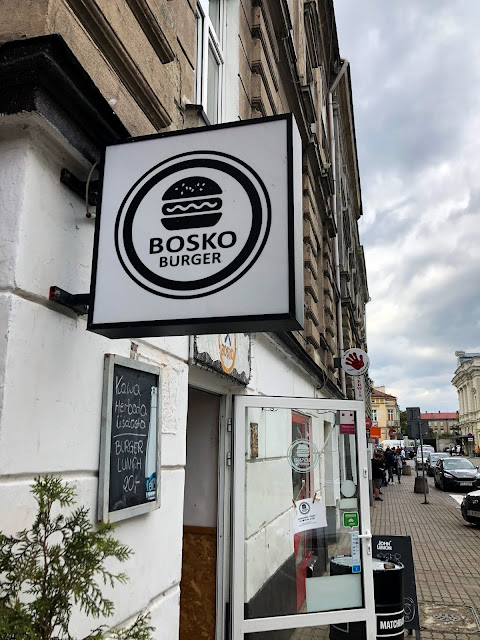 I was hopeful that the burger place across the street from the train station would be our lunch option, but they told us they couldn't prepare 8 hamburgers in time for us to catch our bus in an hour. Guess they are not considered a "fast food" restaurant. 🤣

So we continued our search for food, landing at a gyros place not too far away. 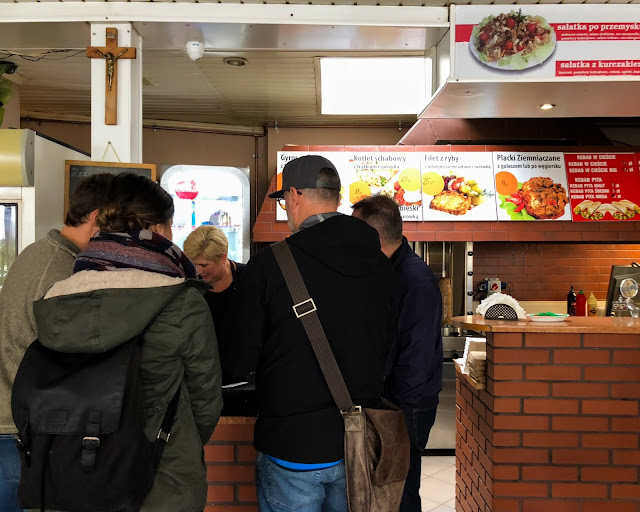 Though they weren't exactly fast, we did get our food in time and gyros never tasted so good! 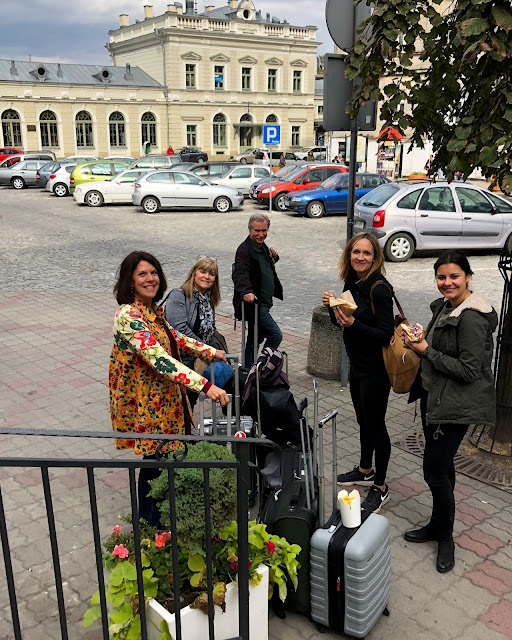 We made our way past the train station and on to the bus station across the tracks. 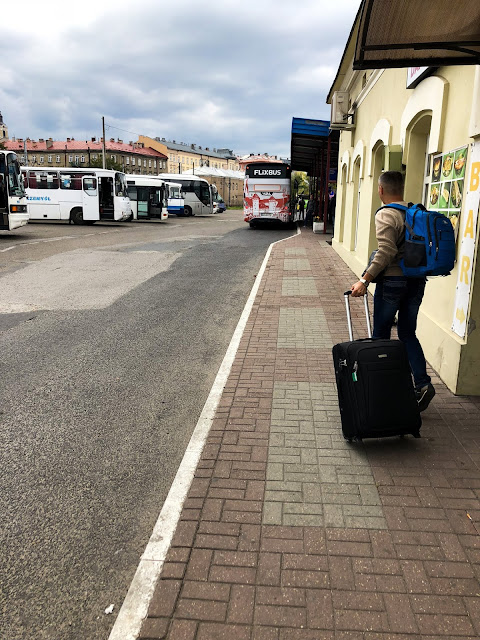 With a completely full bus, we realized that we'd gotten the last 8 tickets available for the trip to Krakow! Though it meant we'd get in two hours later than originally planned, we were just glad to be on there at all, and with food too! 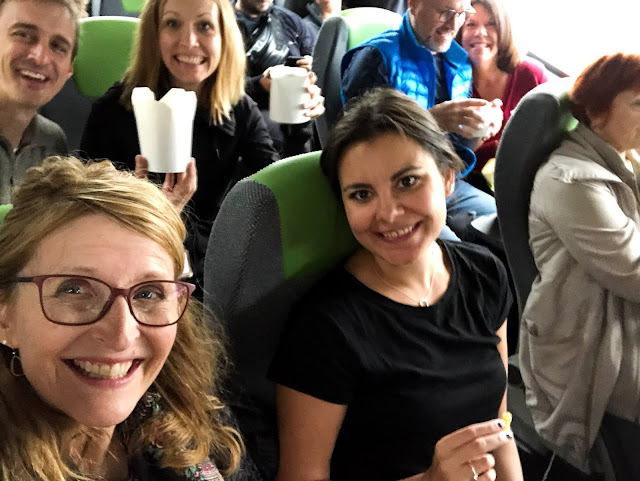 I don't take buses very often here, but this was a nice one and so it turned out to be a very pleasant trip to Krakow! 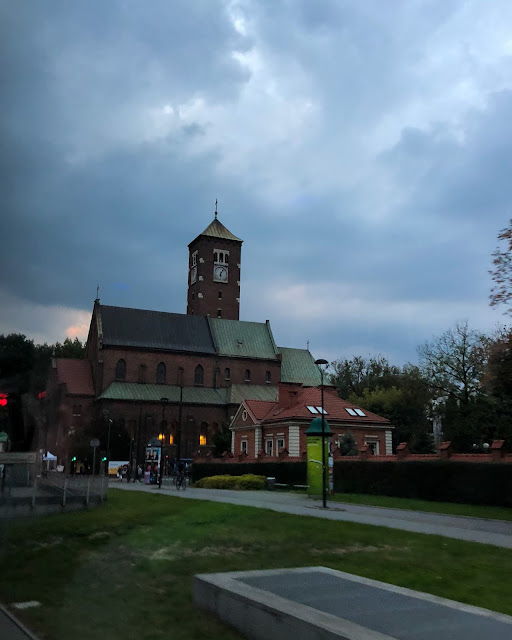 After twelve hours en route, I arrived at home, built a fire, and collapsed onto the couch with a sore throat and swollen lymph glands. 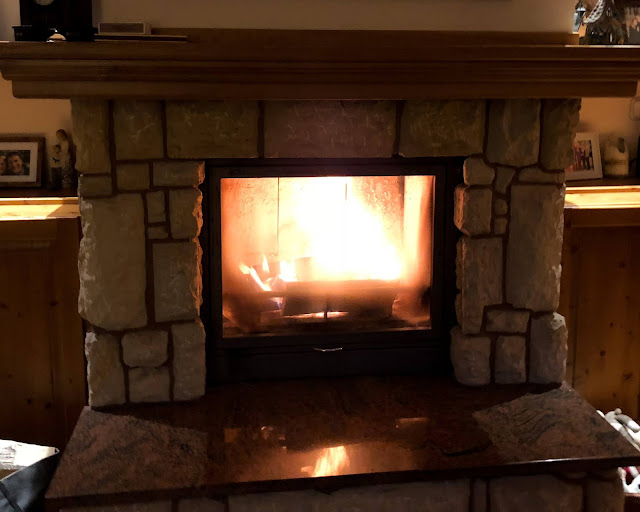 But I sure wouldn't have missed one hour of this week-end, getting to be in Lviv with our JV Ukraine team! My heart is full of their faces and stories, and I'm deeply thankful to the Lord for letting us all have a glimpse into their lives and ministries.