Born November 11, 2015 on a windy, stormy, chilly night in Highland Park, Illinois, Judah is a bundle of energy and enthusiasm today! 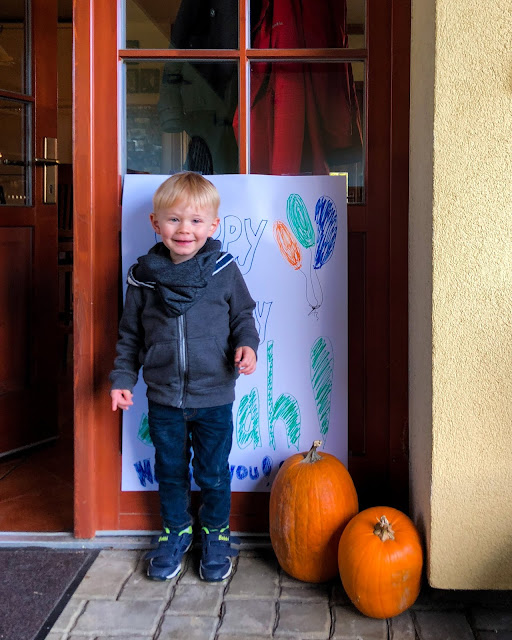 We celebrated his birthday early with a family party on this beautiful fall day here in Czech since Papa and Aunty Claire have to travel on his actual birthday.

Since this is his first birthday to be celebrated in Czech and at our house, I've been thinking about traditions that we want to begin and continue into the coming years for birthdays. When I took this photo of him this afternoon I thought, "This could be one of those pictures we recreate year after year in the same spot!" 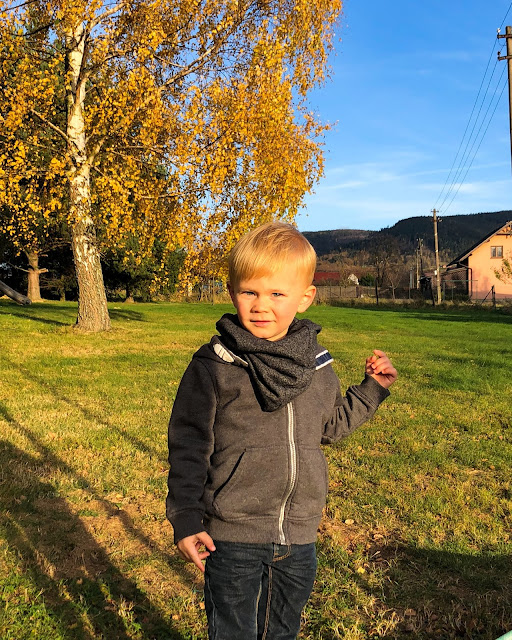 Who is our dear Judah today?

Well for one, he loves his daddy's garden! It has been so fun to watch him from spring through fall, take a walk out to the garden every time he comes over to our house. He's a great appreciator of the growing process and still enjoying the fruits of his daddy's labors! 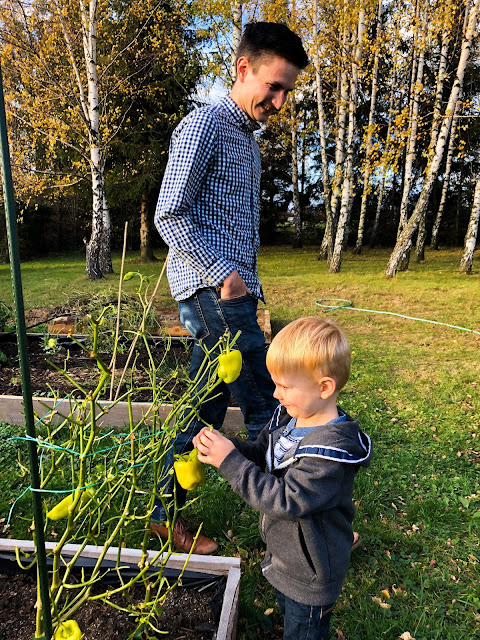 He is also a really kind big brother to Asher. So many times over these past months I've heard him say, "Asher too??" when he's getting something that Asher hasn't gotten yet. I loved watching that element of care and thoughtfulness again today as he handed Asher some of the last tomatoes from this year's crop. 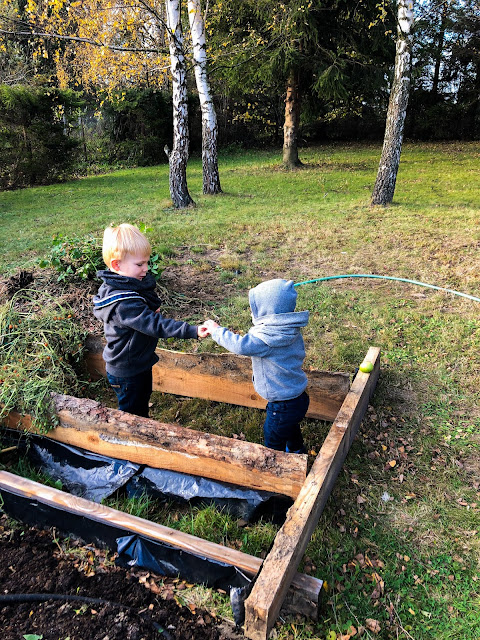 He also has a big sense of curiosity and enjoyment! 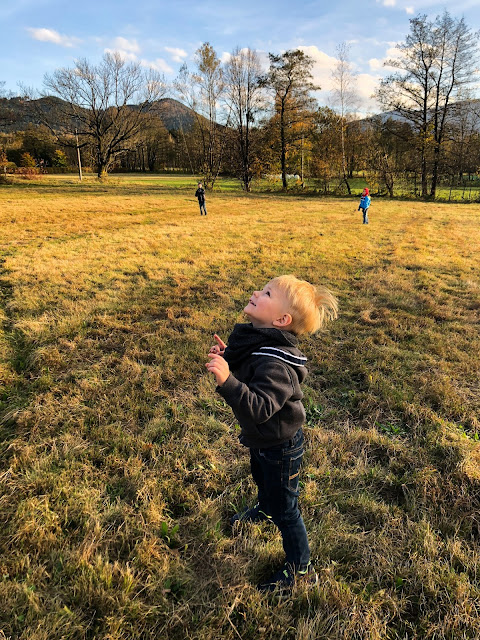 Our little neighbor boys were out flying their kites in the field next door and Judah was loving the thrill of watching it go way up into the air.

Oh and he's got a sense of humor too! 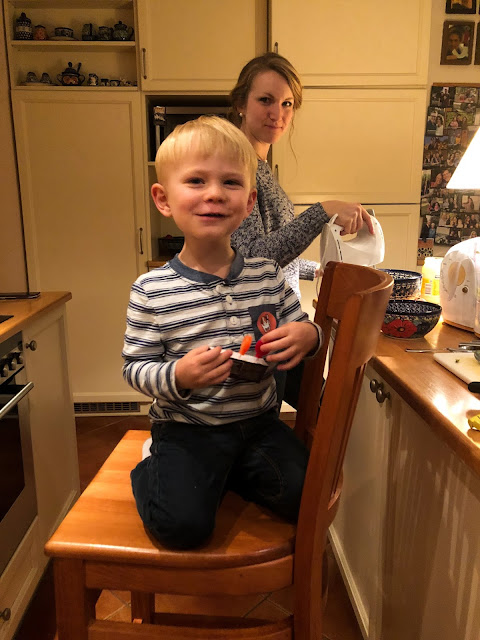 With Claire mixing up his birthday cake while he watched her, I wanted to take a picture of them. But he would have none of that.

"No picture Nonnie," he said with a serious face.

And then he'd giggle! 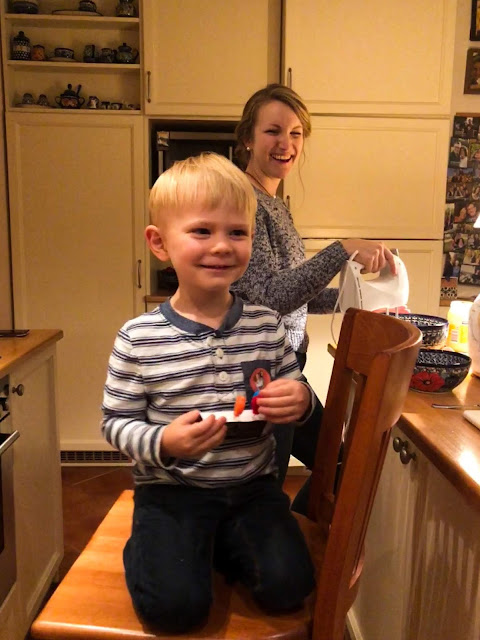 He also has his quiet, contemplative moments too. 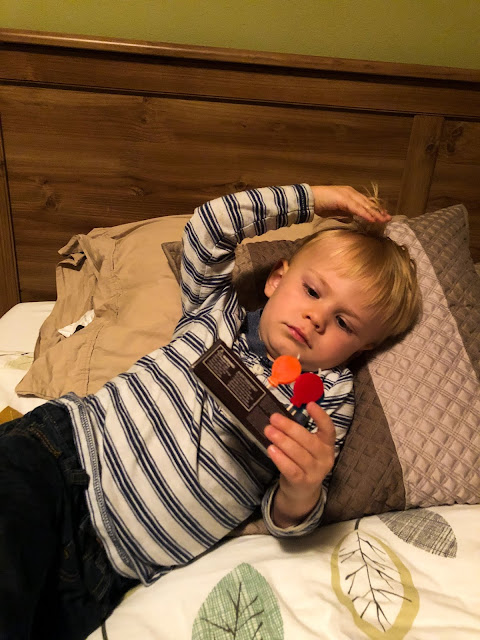 Enthralled by the balloon candles I had to put on his cake later, he carried them around for at least a half hour, examining and reexamining them. No words. Just looking intently at them!

After a toddler-friendly birthday meal (I found THE BEST recipe for baked crispy sweet potato fries...you have to try them! Worth the little bit of extra work to soak the potatoes ahead of time), we moved on to his gifts.

Which brings me to another point about Judah. While he was excited about presents, it wasn't the focus of the evening. He's so relational that he was in no hurry to get to his packages and never asked when it was time for them...just got enthused when we said it was time! I love that about him. 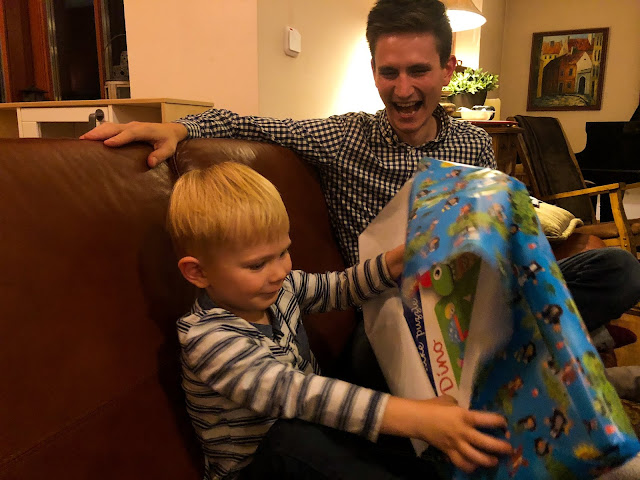 However, he is DEEPLY appreciative of gifts given to him, as shown by this hug for Aunty Claire, whom he ran over to at full speed to embrace her with his thanks! 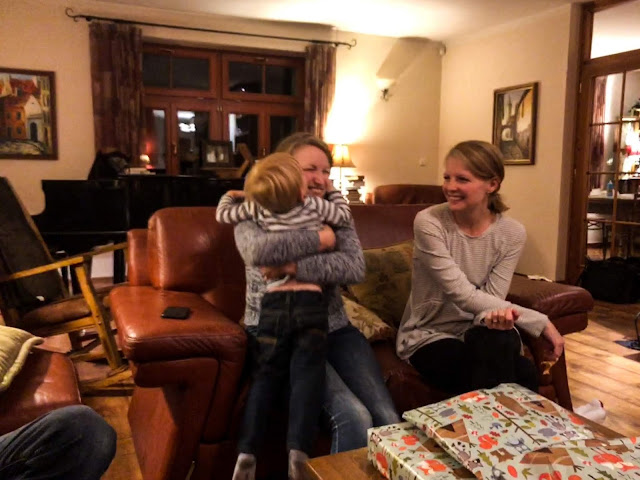 This boy is all heart and somehow knows how to savor the good things in life! 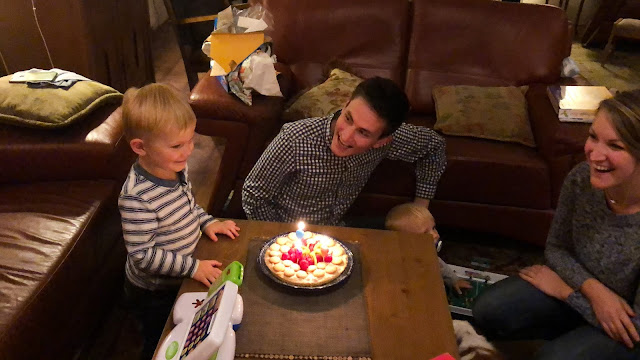 He could hardly wait for us to sing "Happy Birthday to Judah" (singing it a few times for me in advance...guess he wanted to make sure I knew how it went!) and whole-heartedly enjoyed it when it was finally time!

After a yummy cake, there was still time left in the evening to enjoy his presents and time with family. 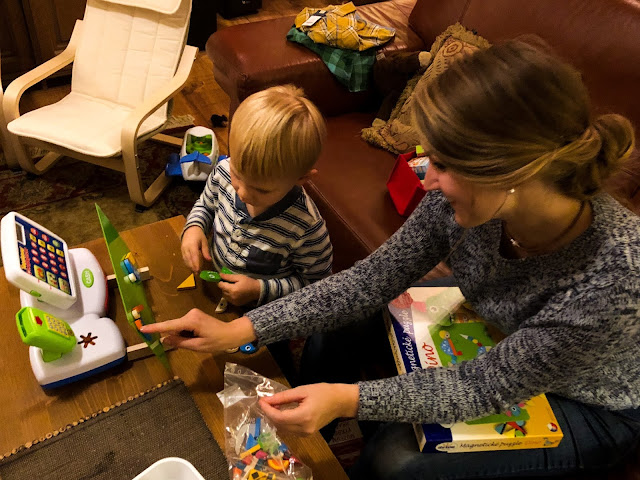 And one last trait about "almost" 3 year old Judah? He loves his books!! 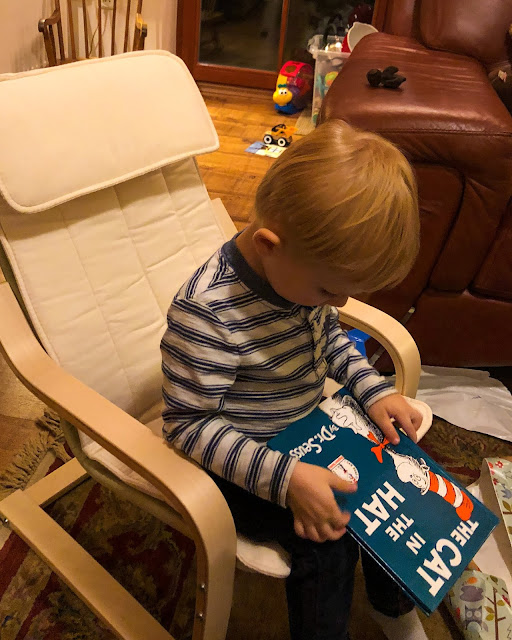 While in the States recently I picked up "Cat in the Hat" for him, since we have another Dr Seuss book that he already enjoys. It appears that this one will become a favorite too, as evidenced by him wanting me to read it right away, when there were still other presents to open!

And so, these are just a few of the characteristics that make Judah who he is today! We love him lots and enjoy who he is!!
Posted by Living By Lysa at 10:30 PM