After being in Denver for the week-end, seeing Dave's parents and being at Bethany EV Free, Dave and I raced to the airport after Sunday service and made it here in time for our flights back home to Czech. 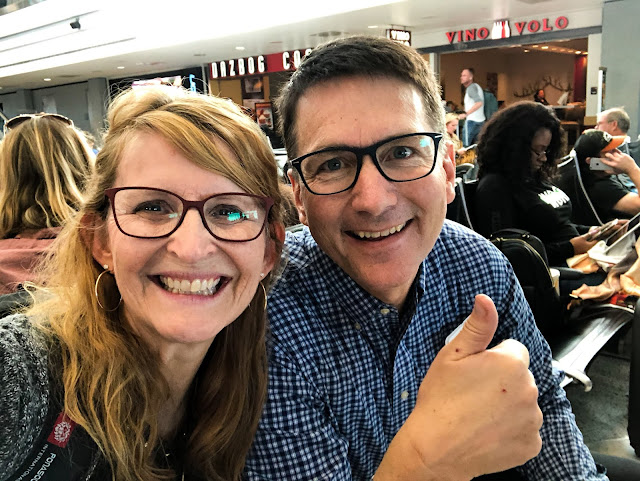 But this is where we said goodbye, as we had separate flights back over the ocean!

Dave flew directly to Europe from Denver, but I had a flight to Chicago before catching my overseas plane. And if you know O'Hare, you know that meant coming into one terminal (actually Terminal 1!) and getting myself over to Terminal 5. I was so happy the train was working today! 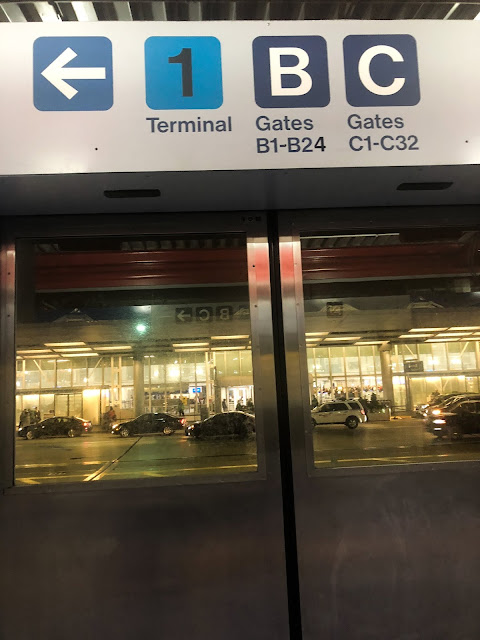 The past couple of times we've been at O'Hare we've had to take a shuttle bus from one terminal to the next. But with two heavy suitcases, a back pack (also heavy!) and a purse, I needed as much help as possible getting over there. 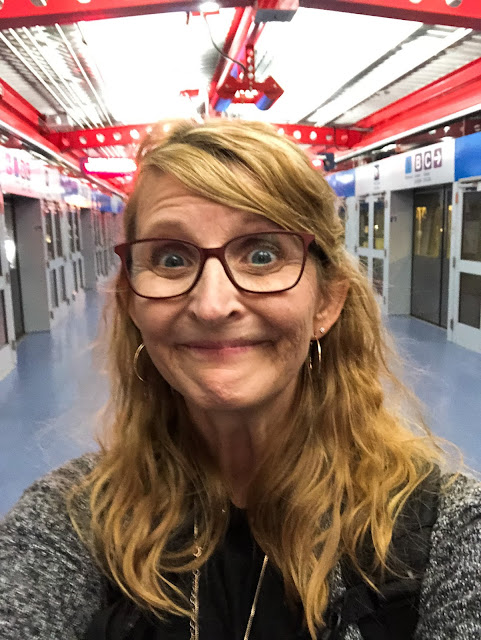 The train was great, and I checked in with no problems.

I don't know if anyone else feels this way, but I still feel a certain amount of relief and thankfulness when suitcases are out of my hands and all I have to do is go to my gate and wait to get on! 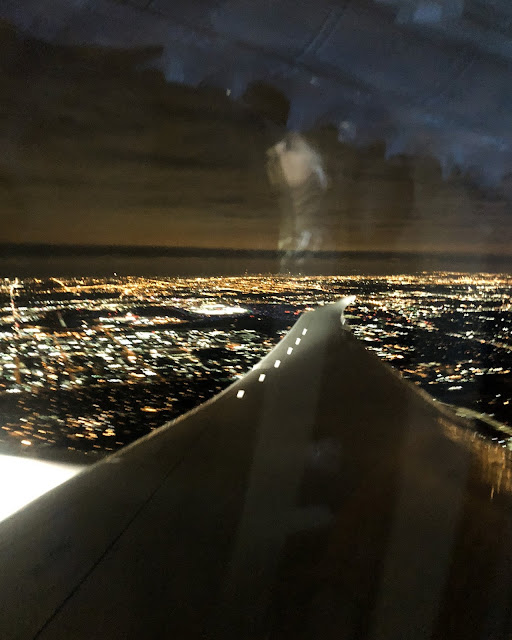 I said goodbye to Chicago, slept almost the whole flight, and then said hello to Poland! 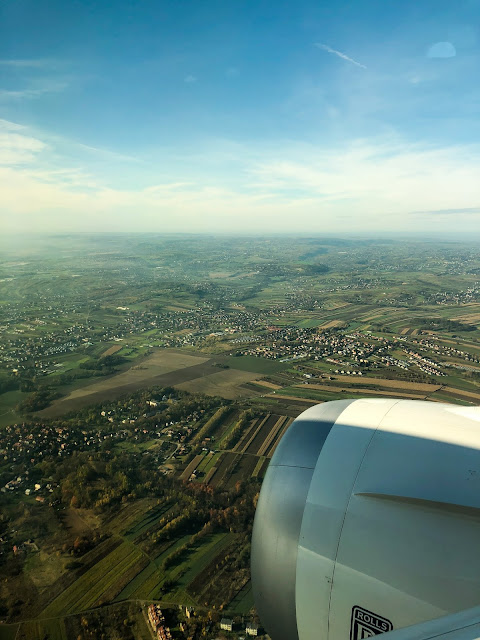 This flight was on the relatively new Boeing 787, called the "Dreamliner". Poland's national carrier, LOT, has a direct flight on it from Chicago to Krakow. It's a new type of airplane that was introduced back in 2012, but this is only the second time I've been on it. 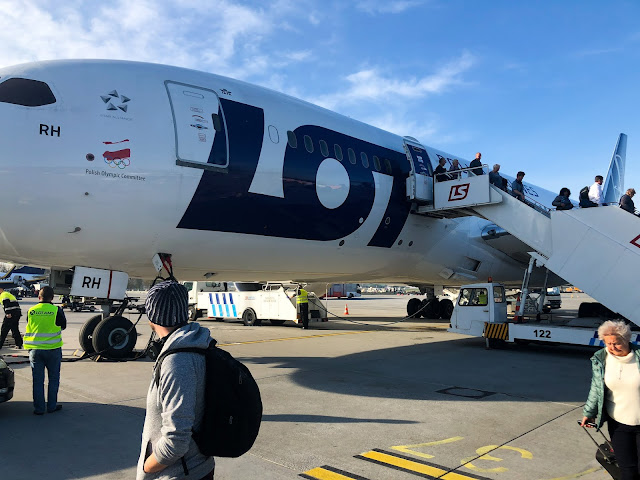 Among other things, it has a special filtration system designed to reduce jet lag, headaches and fatigue. It's supposed to eliminate irritants that produce a drying effect, and give the passenger a better flying experience.

I hardly knew I was on the plane since I slept most of the way. But I guess that's a pretty good advertisement for it! I felt great when I got off and met Dave, who had arrived just 45 minutes before me! 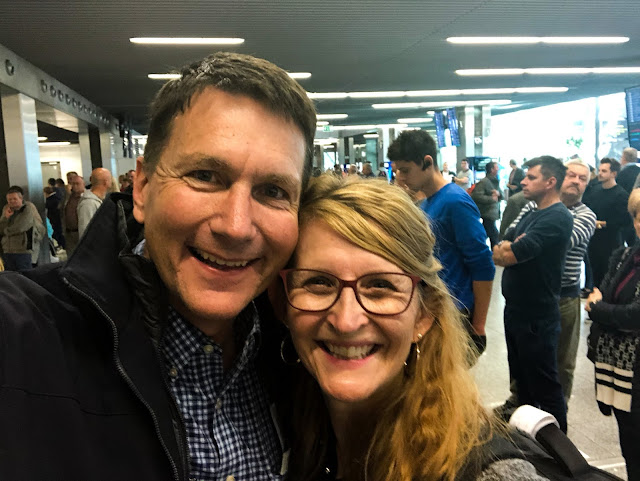 Our time in the States was so fruitful and energizing, full of many wonderful conversations and times with people. It's always good to get home; but I arrived with much thankfulness for the ways the Lord directed and cared for us along the way.
Posted by Living By Lysa at 11:30 PM