It was so nice to wake up this morning at Dave's mom and dad's house in Colorado! Mom prepared an amazing breakfast for us and we soaked in sitting around the table with both she and dad.

Speaking of dad...these are the last of his big pumpkins for sale from his garden! 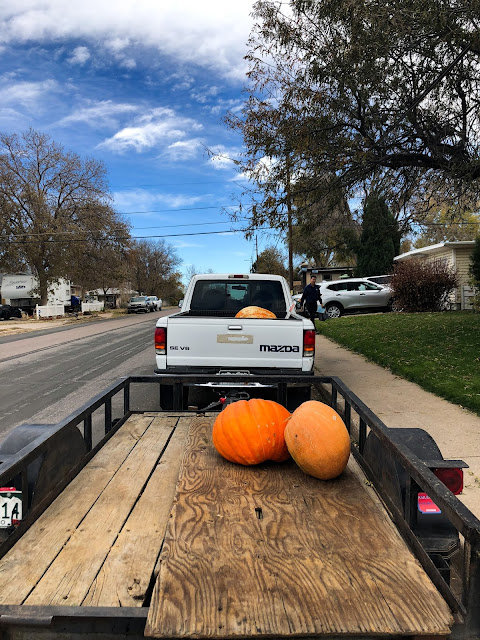 He's known in the neighborhood (and probably beyond too!) for raising big pumpkins and then selling them around Halloween time.

There was a bigger one in the trailer last night when we got here, but this morning it was gone...someone had stolen it. Such are the risks he takes by being "neighborly" and leaving them outside so people know he's got them.

All summer he sets out produce in a wagon and simply leaves a can for people to put money in for what they take. Sometimes people steal from that too, but most of the time people stop by and say how thankful they are for all he raises in his garden and makes available to the neighborhood! 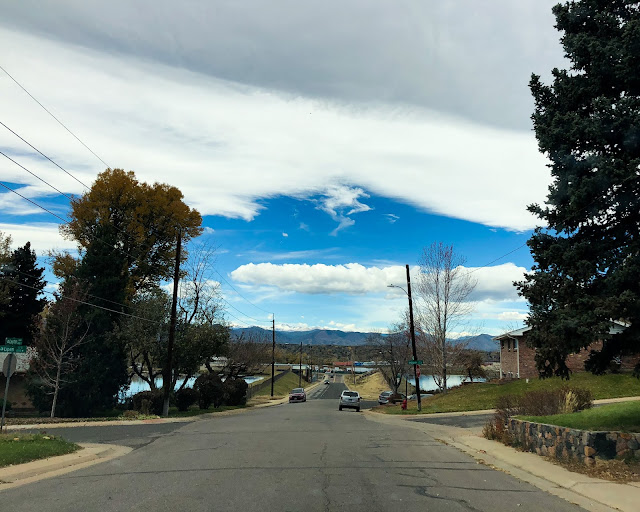 Dave and I exercised our United States "good neighbor" privilege by going to vote this morning! 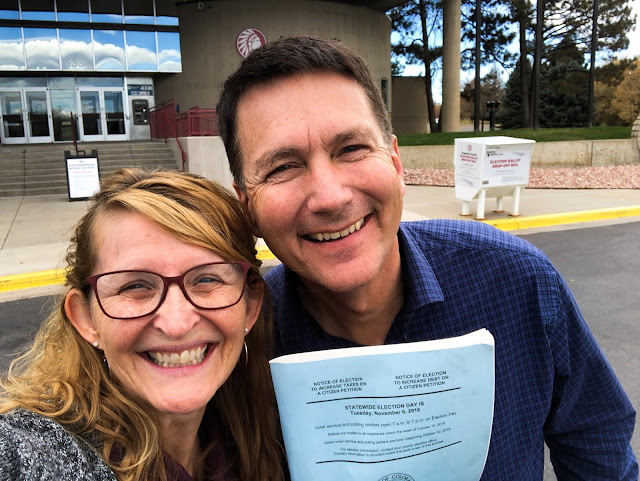 Last night I happened to ask mom and dad if it was possible to vote early (rather than sending in our ballots) and they said they thought it was.

A quick search of Google told us where to go. 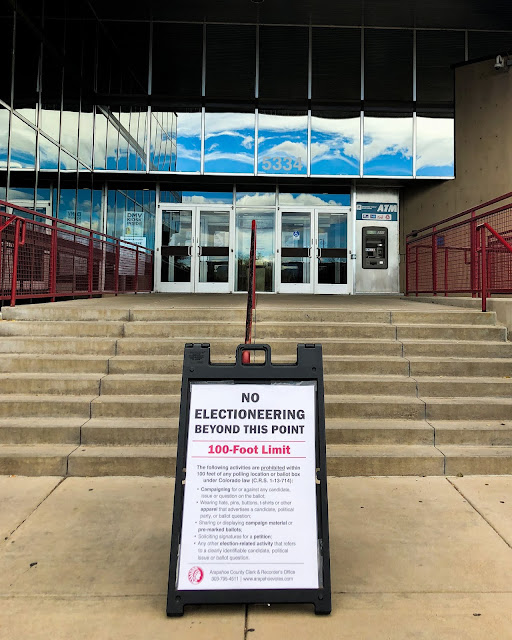 The last time I got to vote while in the States was in 2004 for the Presidential election that saw George Bush reelected. Today's ballot is for "Mid Term elections" so is not for the presidential race, but is for other important officials, such as electing a new governor of Colorado. 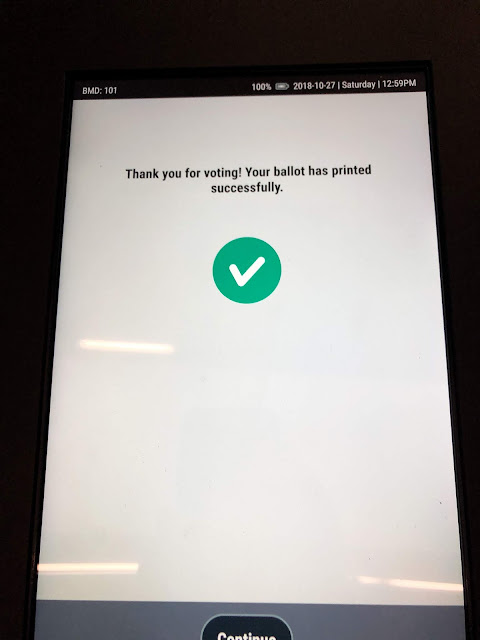 The last time I voted "in country" there was only the paper ballot option, which is still possible today. But I chose to go "high tech" and use the tablet, as did Dave! 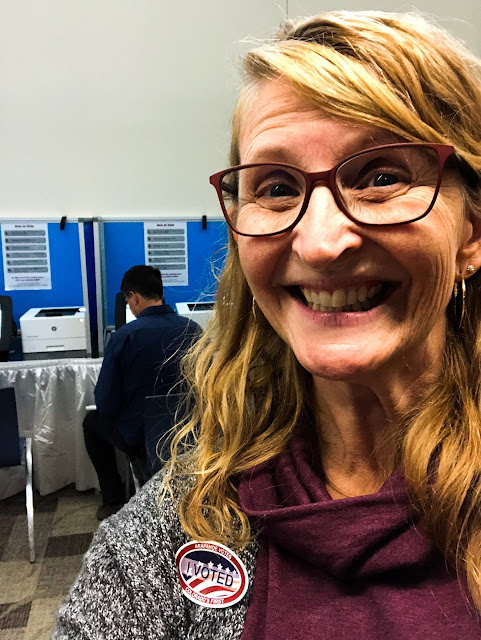 These county workers, hired just for the election, were overly exuberant in their greetings when we walked in earlier! There had only been a few who'd come in on this Saturday morning to vote in person, though they said 80% of those who vote in this county do so by mail-in ballot. They were happy to have something to do by assisting Dave and I, and the one other man who came in behind us! 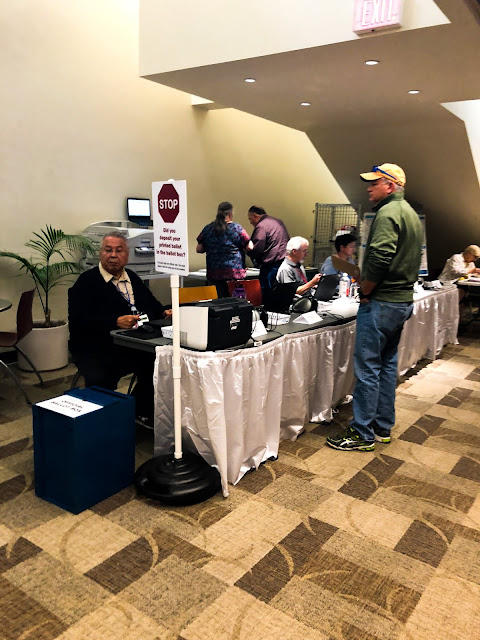 Living in a country that, for years, didn't have the opportunity to live in democracy, I'm appreciative of that more so than I had been before moving to Czech. It's a privilege to vote and I'm glad we had the fun of doing that in person today! 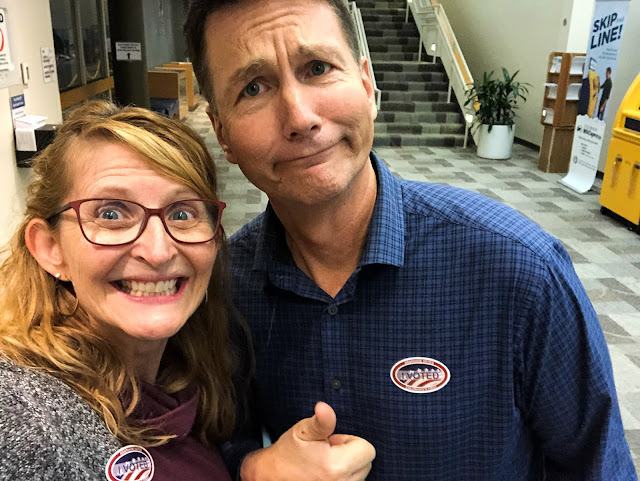 Though we're only two of the 572,000 voters registered in our county, our votes count! 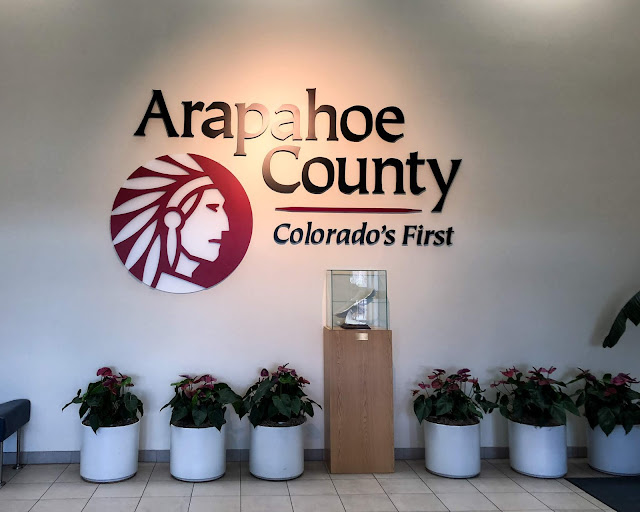