It's funny the things that are "normal" sometimes. 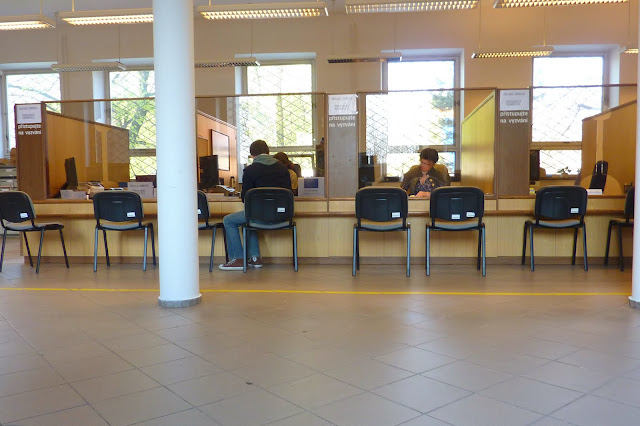 For us, one of those things is getting visas to live here in the Czech Republic. It may not sound like it's anything to think twice about...but if you spent the number of hours that we have in dark and unfriendly "foreigner" offices, you might!

When we first lived here, we had to go into those offices once a year. The lines were always long, usually with no waiting area, in window-less hallways, often standing next to coal miners who'd just come up from a night shift. And we had our little kids with us as we made our yearly application to live in the Czech Republic! Those were fun days (not).

Not only this, but the paperwork to apply for our visas had to be completely redone each time. This involved hours and hours of work, translating numerous documents (even our birth certificates each year...did they think we got new ones every year??)...and invariably, the person at the desk would tell us we were missing something, which meant more trips back and forth. We often thought they made up new requirements each year just to frustrate us.

Eventually, we got visas that lasted two years each, and then in 2004, we were given ten year visas. That was a happy day when we knew we wouldn't be back in those offices again for a while!

Unless...you got a new passport and needed a new copy of the visa put into your passport.

Such was the case today for Caleb.

We drove into Ostrava to the foreigner office, only to find that they'd moved. Thankfully there was someone at an information desk to give us directions to the new office, a fifteen minute drive away.

So off we went, the clock ticking (we were on a time schedule because not only did we need to get the visa today, but Caleb was having his wisdom teeth out at noon!). Since we were getting there later than I'd planned, I assumed we'd make the application and then come back another day to pick it up.

Walking into the new foreigner's visa office was surprising. There were actually windows in there...and chairs to wait on! 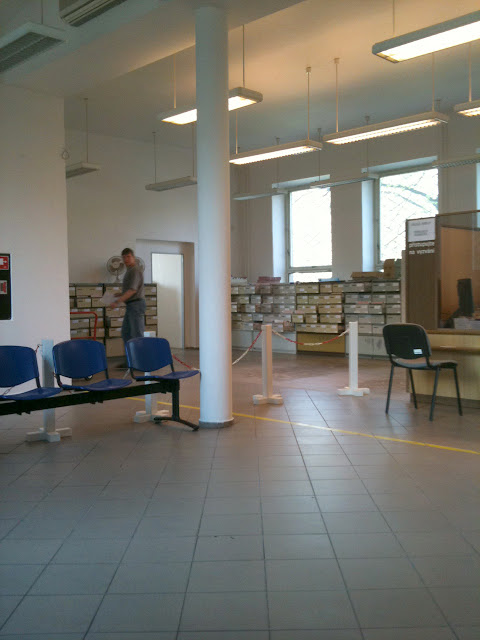 There was also no line. Caleb walked up to the window, sat down, a nice man with a ponytail took his passport, had him sign something, and told him to wait.

Literally, ten minutes later, he had a new visa in his passport! No drama, no lines, no waiting. Impressive! 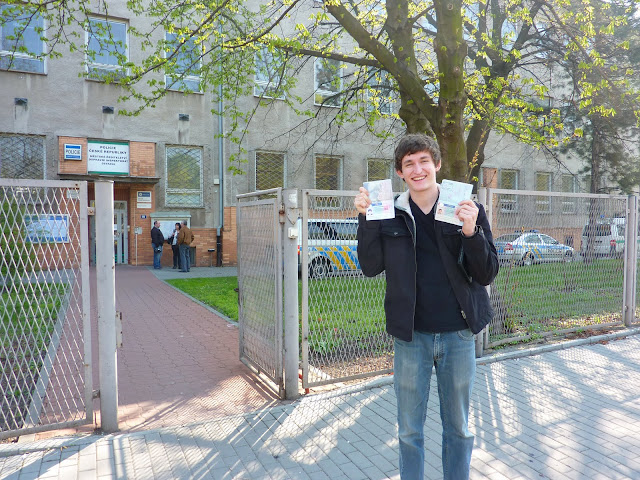 He walked out with a new visa in his new passport...and we had time to go to a McCafe for lattes an hour before the dentist!

Caleb is home now, with two bags of ice on the sides of his face, recovering from wisdom teeth extraction. This part of his day is NOT normal. At least the day had a good start!
Posted by Unknown at 2:52 PM