Last week in Chicago held so many special memories! One of which was celebrating my dear friend, Theresa's, 60th birthday (which is today).

A couple weeks ago while she was here in Czech, I casually asked her if Amy and I could take her out for dinner to celebrate her birthday while we were in Chicago (since both of us happened to be going there at the same time).

Little did she know that her daughter, Amber, had contacted me to arrange a little surprise party! My job was to get her to the restaurant without giving away the surprise. And that I did!

I love this photo of Theresa and Amy...little does Theresa know what's awaiting her in just a few minutes! If only there was a video to go along with what happened next! :) 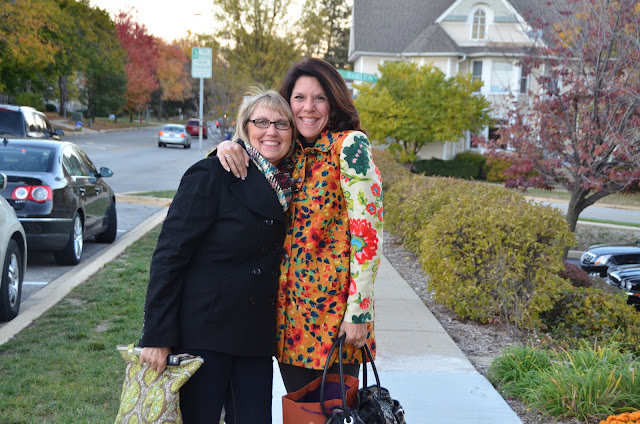 I gave my name at the front desk saying we had a reservation for three, as had been planned by Amber. The host played it very cool as he walked us back through the restaurant saying we could sit by the fireplace to the right, or in a small room to the left.

As we came to the doors of the private room to the left, Theresa said she was thinking, "Why would he take us to a table where other women are already seated?" And then..."Surprise!" Only at that moment did she realize who those women were! 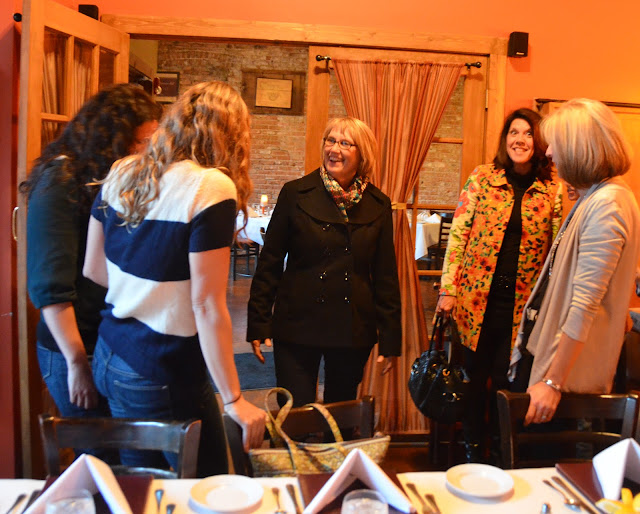 Not only was she surprised by her friends who were there, but her daughters, Amber and Kristi (who had driven down from Michigan to be there) as well! 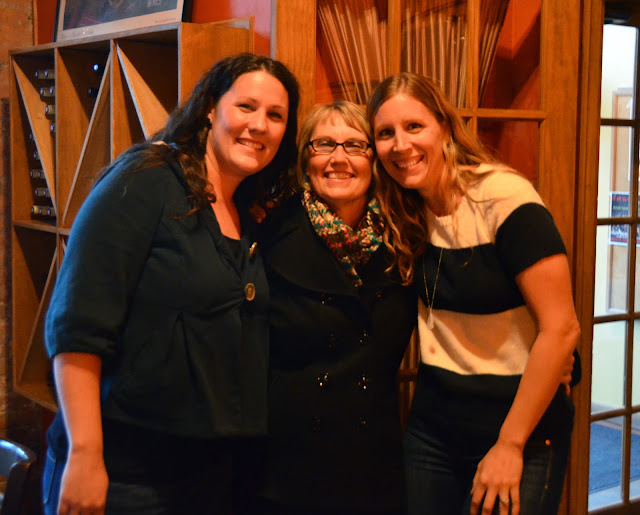 It was a delightful evening of celebrating our dear Theresa. I know each one of us would say the same thing - we're so grateful for the gift of our relationships with her! 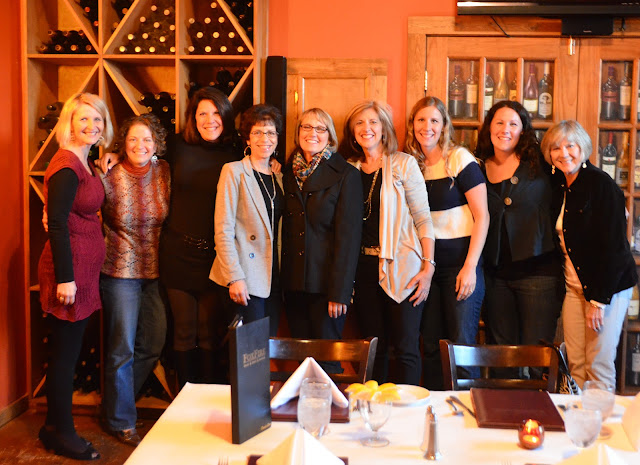