This is the 20th summer of Josiah Venture camps in Central and Eastern Europe!!

What started off as just one camp here in Czech in the summer of 1994, has led to over 700 camps, in twelve countries, with literally thousands of young people hearing the Gospel.

This summer nearly 100 American and European interns will work alongside local/national churches, who will partner with North American and even Irish churches, to lead nearly one hundred camps with thousands of young people. In a loving, safe, and fun environment for a week, they'll hear about Jesus and have an opportunity to respond to what He's done for them.

It's going to be a life changing summer for many. 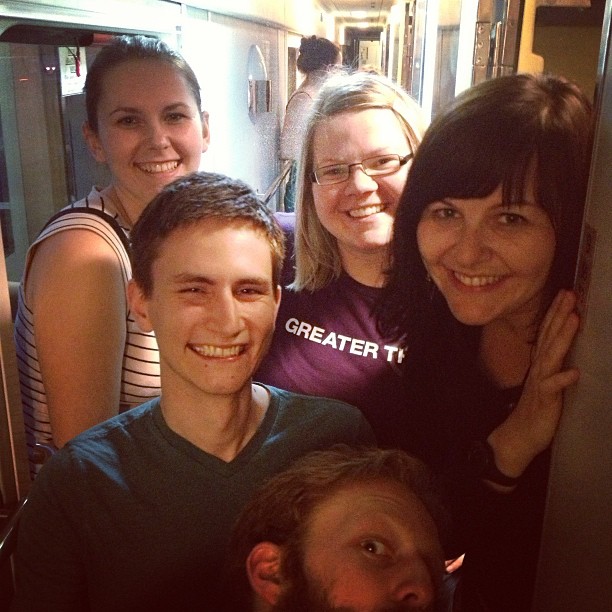 Our group of interns arrive tomorrow into Kiev, Ukraine, and begin JV's version of the Amazing Race, as they race back to Malenovice for summer training, bonding with their teammates in preparation for what God wants to do in and through them this summer.

The JV leaders and intern team leaders (such as Tyler and Lara) took a night train to L'viv, Ukraine last night and are finishing preparations for the race today. They'll get on another night train this evening and head to Kiev, and begin the Amazing Race tomorrow when their teammates fly in.

* For safety in travel as the interns cross the ocean to Kiev today
* That luggage will all arrive!
* For the teams as they meet together for the first time - that they will develop deep bonds of relationship as they begin their summer of ministry
* For our JV staff as they lead and run the Amazing Race...very likely, things will not go as planned! Pray for wisdom to know what to do when that happens!
* For a very fruitful summer as they fan out across Central and Eastern Europe to bring the good news of Jesus Christ to young people.
Posted by Unknown at 2:02 PM