Twenty one hours later, Caleb is back in Chicago, asleep in his dorm room.


After I posted last night about our day of pleasantly persistent faith, Caleb went under light anesthesia and received the injection that allows his damaged stomach nerves to continue their healing process.

He'd been up since 2:30 AM, and by the time he had the injection at 4:30 PM Cleveland time, he'd been without food, drink or sleep that whole time.

Relief was on its way shortly though! 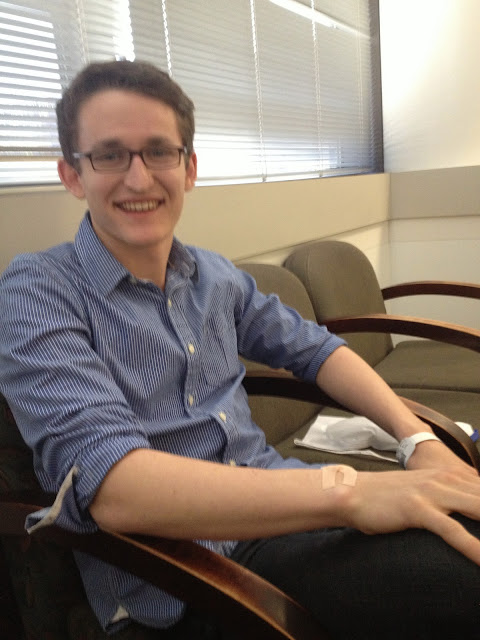 You may wonder who was taking that photo. That's actually another really great part of the faith story God was weaving yesterday. 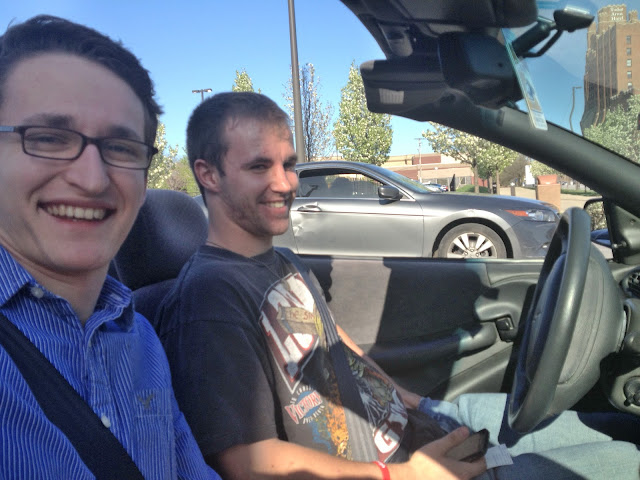 This is Josh. An answer to this mom's prayers.

It's not easy to be across an ocean when these kinds of things are happening in your kids' lives. Honestly, it's the strangest feeling to sit here in my office at our house in Czech, and book a ticket online (thankful for frequent flier miles) for my son to fly to go to the hospital in Cleveland for "who knows what".

But it's what we do. We pray, we entrust our kids into God's hands again (as if they were ever in our hands in the first place), and send them off with belief that God will get them through whatever comes their way.

Josh is a friend and fellow student with Caleb at Moody in Chicago. He was up in Joe's coffee shop (where Caleb works) and in the course of a conversation last week, Caleb mentioned that he was going to Cleveland the next week for an appointment.

Josh's response? "Hey, I'll be in Cleveland next week if you need anything." WHAT??!!

Though Caleb didn't know it before, he found out Josh is from Cleveland. His parents live there. And he's been at Cleveland Clinic many, many times for his own health needs.

He "happened" to be going home to Cleveland this week, so was at the airport to pick up Caleb, and was with him the whole time he was at the Clinic.

Do you know how much this meant to me as a mom?!! SO VERY much! I praise God for His provision, that Caleb didn't have to endure that day and experience alone.

As for the injection, it went exactly as it was supposed to, and the effect took hold very quickly. In fact, Caleb said he was surprised by how much energy he had afterward.

The rest of the result is in God's hands and in His timing. But we will continue to persist in prayer for him, for sure!
Posted by Unknown at 8:13 AM