Raising three missionary kids in a country other than their passport country, means there will likely come a day when they leave that country.

Our three kids grew up in the Czech Republic. They've never lived anywhere else, except for a short time in Germany when the boys were very young. But Claire has only lived here in Czech.


They went to school here. They had friends here. Their life was here.

But as of mid- August, they will all be in the United States for college.

Claire and I took an early morning train to Prague yesterday because one of the things that was on her heart before she leaves was to see it one last time. She feels connected and sentimental about the capital city of the country she's lived in her whole life. 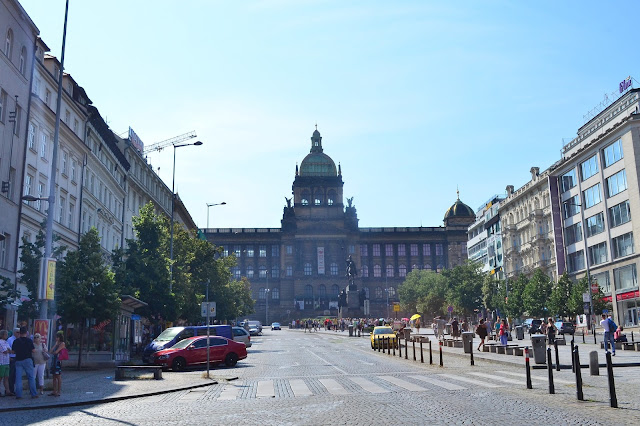 While we've visited dozens of times, we decided to try and do things that we'd never done there before. Some things we planned, but other things happened spontaneously - which was awesome!

We were actually looking for a French bakery to find macarons (since she'd recently baked them and wanted to see if they were similar) when we happened onto that tower in the photos above, on the left. 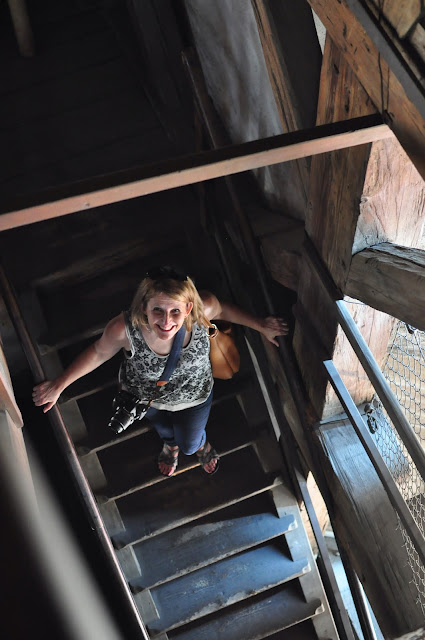 Little did we know when we were climbing the 250 stairs to the top, that we were in such a historical place. Called the "New Town Hall", it was the site of some pretty interesting Czech history beginning in 1419. Does that qualify as "new" to you?!

We had fun taking lots of photos up there - you're glad you have digital in a place like that so you can just keep clicking. 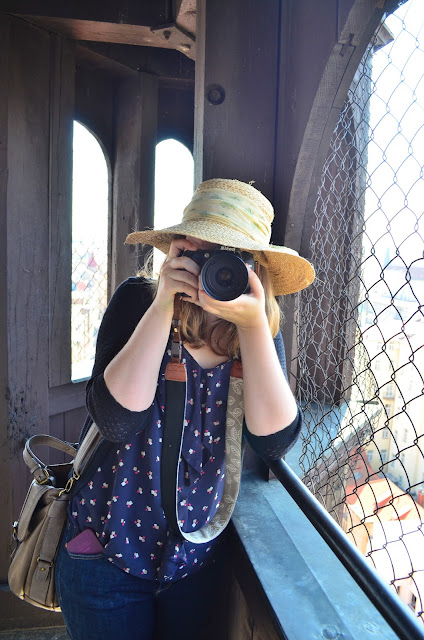 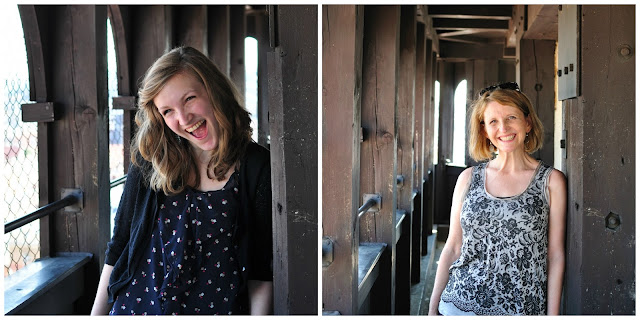 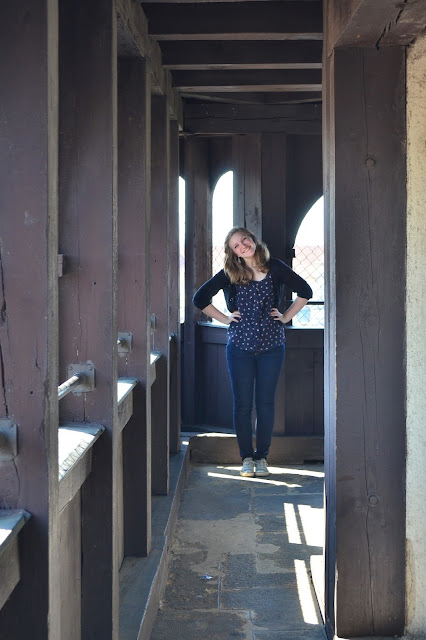 I posted this picture yesterday, but you just have to see it again, now that you know where it was taken from. Not a bad view from the tower! 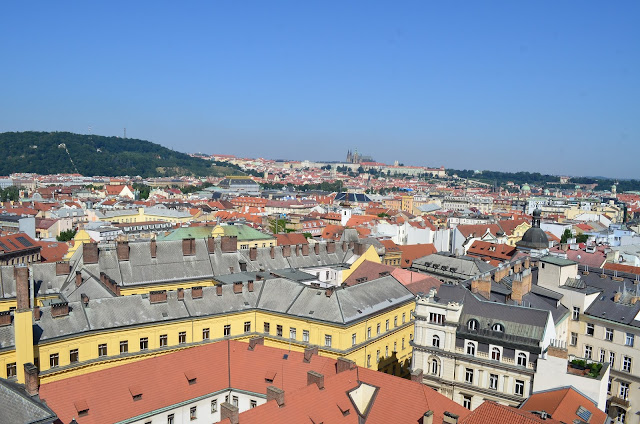 In twenty years of living here, we've never taken an actual tour of Prague. So that was on our "must do" list as we headed there.

I'd done some research and came up with "City Sightseeing Prague" from the Trip Advisor website as a good one. They were right!

We met this fellow with the umbrella near old town and headed out on a little walking tour to start with. 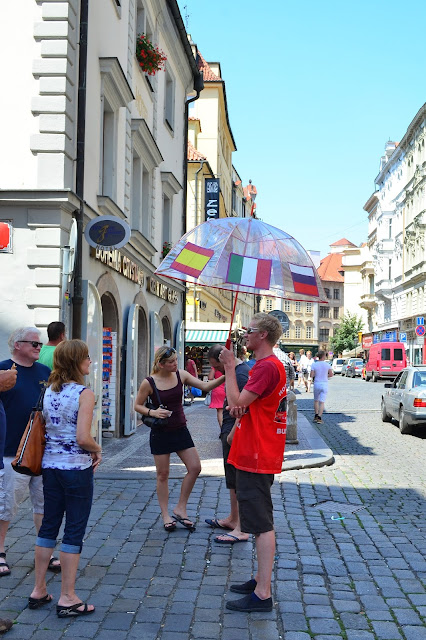 Because this is just an "overview" tour, and not an extensive historical one, we were walking past all these amazing sites and getting a two minute commentary! 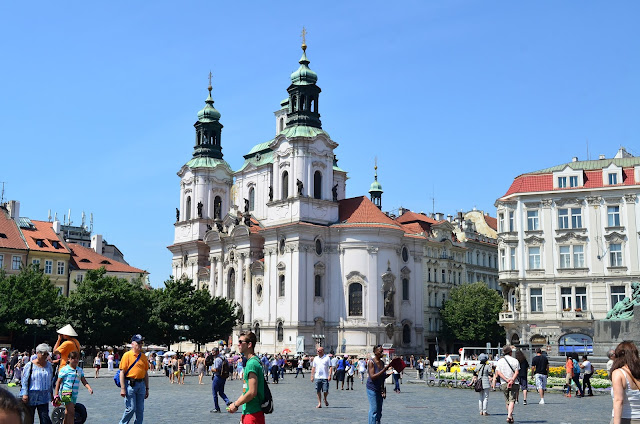 For us, that was plenty as we've seen and known about most of these places for a long time. 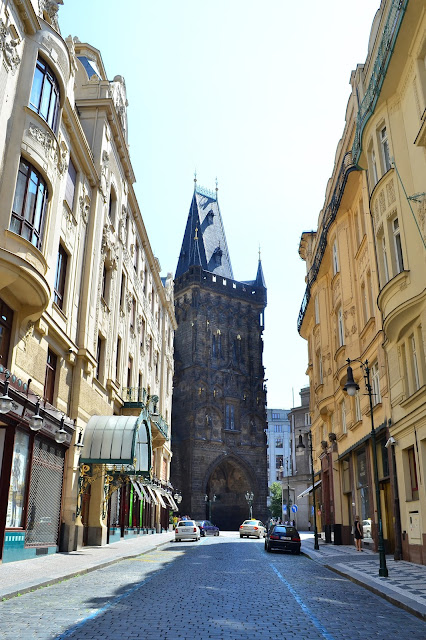 The reason we did the tour was actually to get on the bus and see what else there is to see from that vantage point. 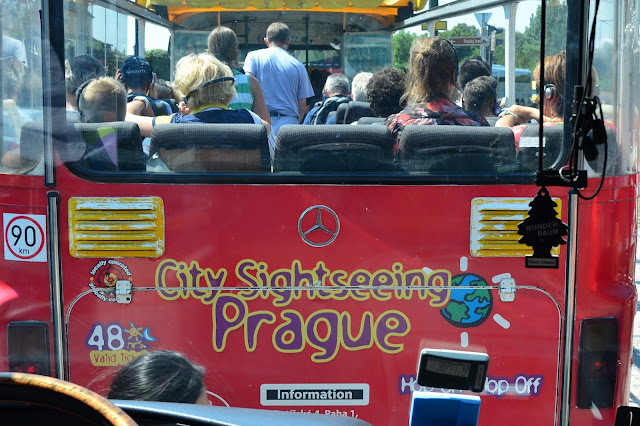 And we saw plenty in the hour we rode on the much appreciated air conditioned bus. If I heard right, it was record breaking heat in Prague yesterday so believe me...it was HOT!!

Probably the most fascinating piece of new information for me was that Prague has the largest capacity stadium in the WORLD! I had no idea!

The second part of the tour that we signed up for took place on a boat going down a short section of the Vltava, the river that runs through Prague. 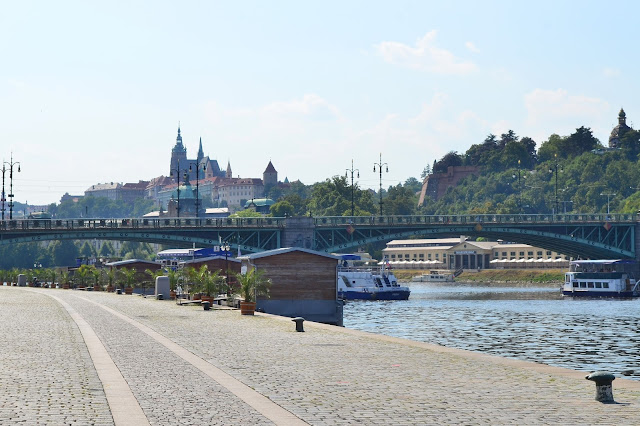 We had to walk about 45 minutes in the heat of the day, through the city and all its brick, stone, and cement buildings. We were just a tiny bit warm.

HA! Reality...we were dying it was so hot! That's a real look of "how much longer Mom?" 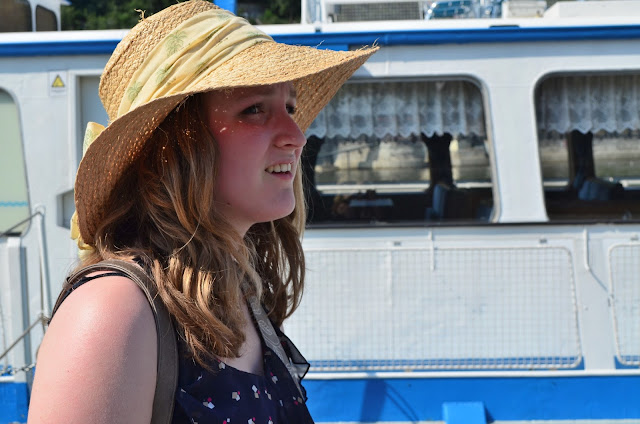 Thankfully we got the last table inside the slightly air-conditioned section of the boat. By that time, we were happy to be inside and take pictures out the window! 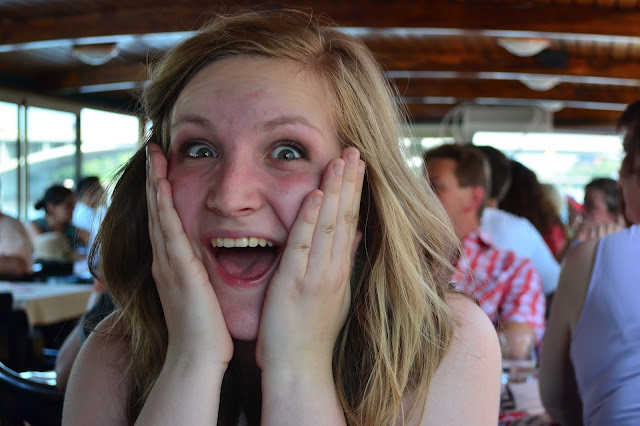 All these years and I'd never been on the river. So fun to take in Prague from that vantage point! 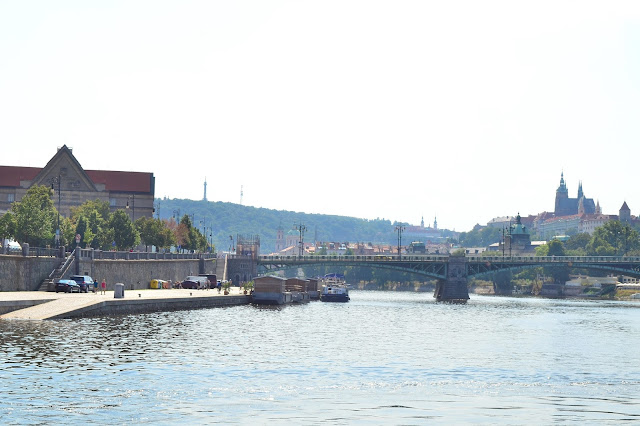 One side of the Charles Bridge... 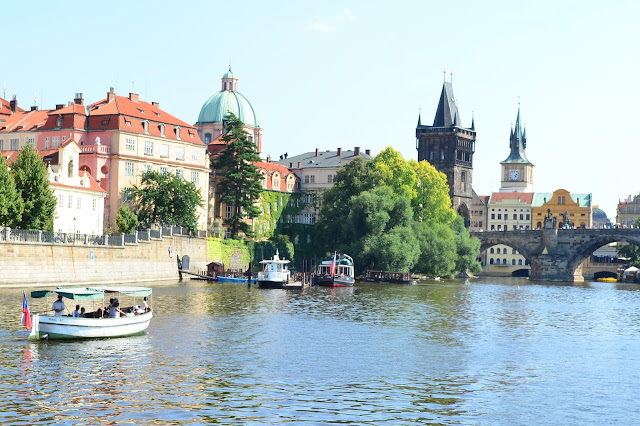 And the other! Absolutely breathtaking! 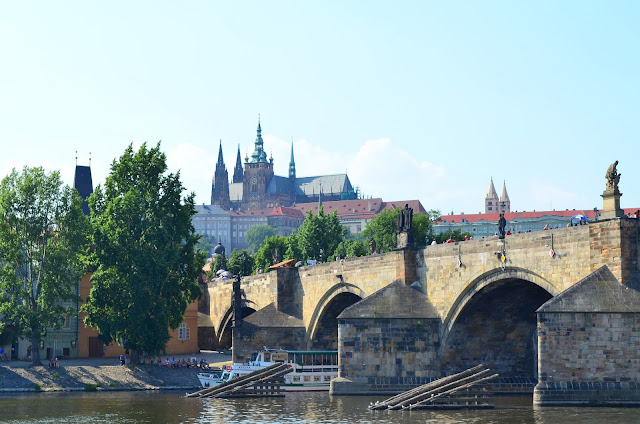 It was fun playing tourist in our own city...well, at least we feel like it's ours! 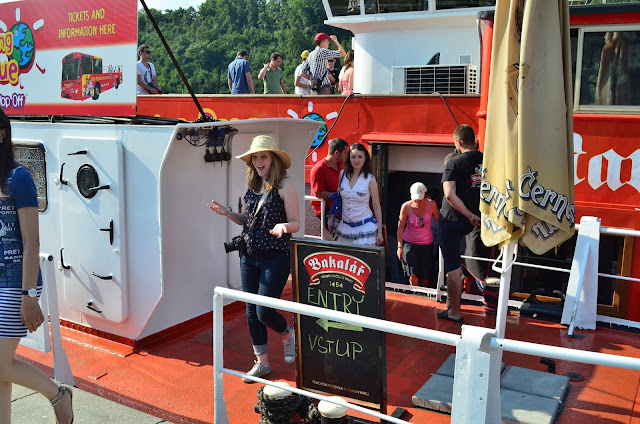 Even though it was such a hot day, it was perfect - just what we wanted for one last day in our beloved Prague.

More pictures and commentary on our day in Prague later!