New Name for Me

When Dave and I celebrated our twenty fifth anniversary in Prague a year and a half ago, we started out the morning at Starbucks for lattes.

The barista asked for my name, to which, of course, I answered, "Connie". She looked at me with a puzzled look and asked me to say it again. When I did, her face lit up and she replied, "That is the prettiest name!"

I think I blushed, especially when Dave added that he thought it was a beautiful name too, and told her it was our 25th anniversary. She smiled, and again said how beautiful my name was, as she prepared my latte. I'd never had anyone make such a big deal over my name, and it really touched me.

A short moment later, she handed me my cup and wished me a happy day. As I walked upstairs to sit down I glanced at it and started giggling.

Fast forward to Monday as we began our day of wedding dress shopping for Haley. We stopped into Starbucks at the newly renovated Katowice train station to start the day off.

Orders were placed, names were given (do they do that in the States? They always do it here!). And then the barista handed me my cup. 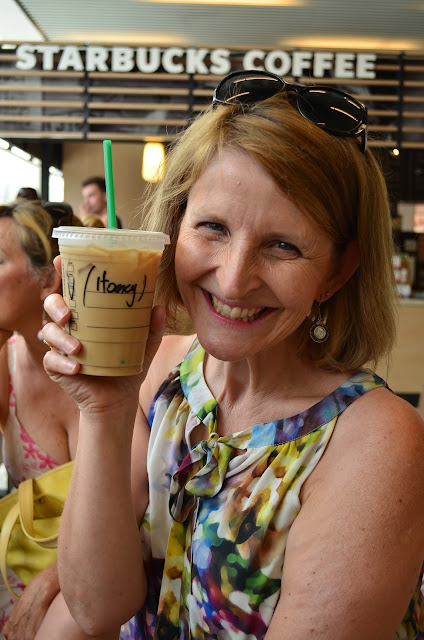 It happened again!!! Amy said she clearly heard me say my name, but somehow in the translation of an American accent to a Polish speaking barista, I ended up being "Honey" again!! 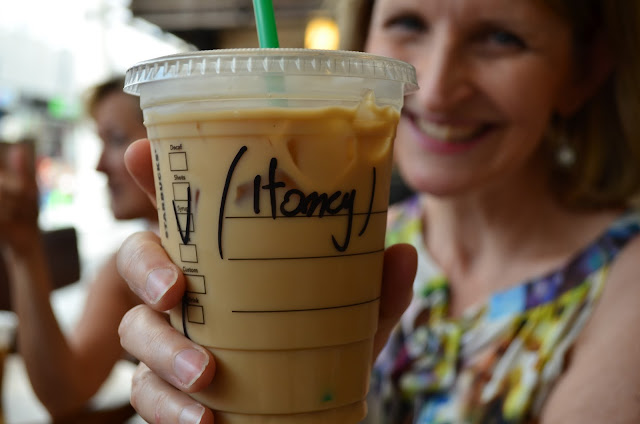 It was even spelled the same way both times!! This is from a year and a half ago! 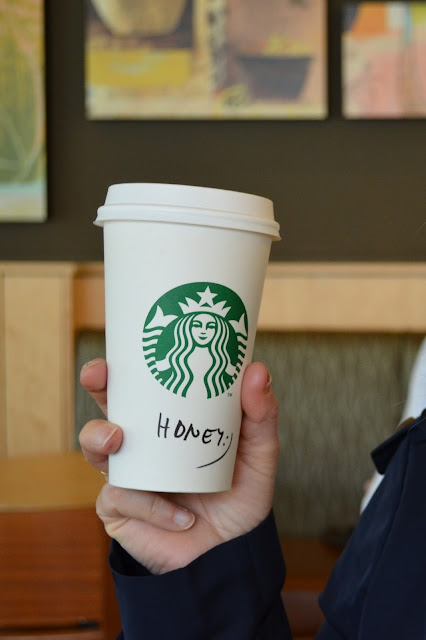 I've never met anyone named Honey, have you?? But I guess it could be a sweet name!

Maybe I should make it my Starbucks name from now on!
Posted by Unknown at 12:08 PM