Getting to Croatia, Part 4

The beginning of our sabbatical is definitely off to an exciting start, thanks to events that began Sunday night after we left home.

If you're just joining me, you can read part 1, 2 and 3 to get caught up. And yes, I'll finish the story with this blog post!

After that first night when all three of us slept nearly twelve hours, we spent the next day exploring and enjoying Zadar. 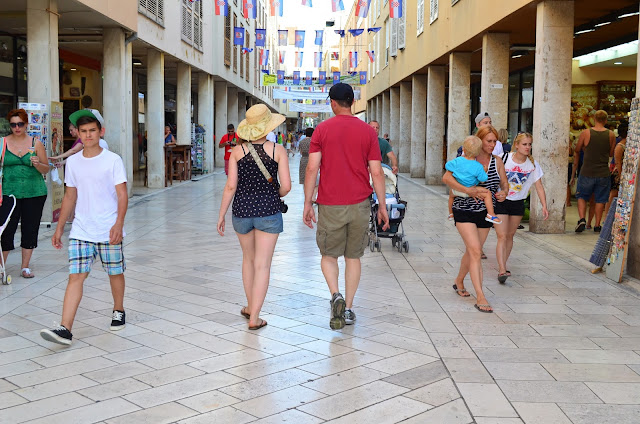 While we'd been there a few years ago, just to visit for a day, this time was much more leisurely, though not by choice mind you! However I'm glad we actually had time to explore all sorts of places within the old city. 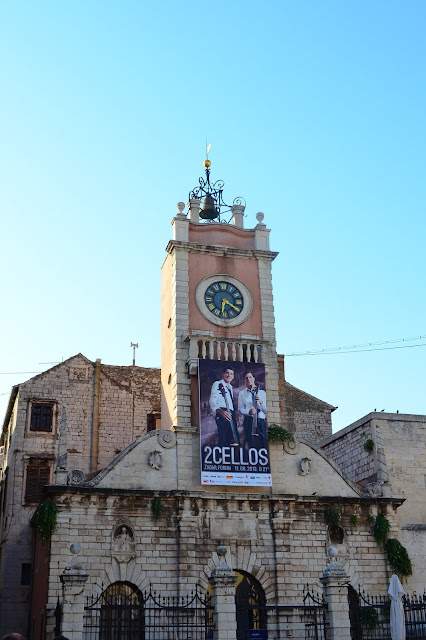 The interesting sites were seemingly endless.


We had to vacate the apartment we'd stayed in by 10 the next morning, since there were other guests coming.

No problem! Just find a comfy spot down by the water to wait! 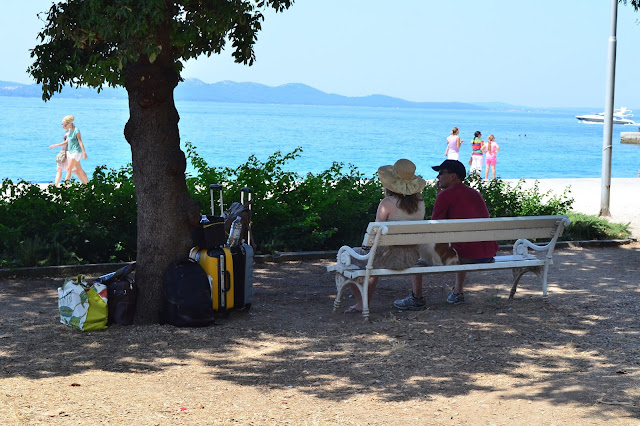 However, as the day wore on and Dave had multiple conversations with the garage about our car's status, it became clear that we'd not only have to spend one, but now two nights in Zadar.

At least it was a pretty walk down the "golden streets of Zadar" to get to our next apartment (found by the same friend of the garage owner's son, who'd found us one the night before!). 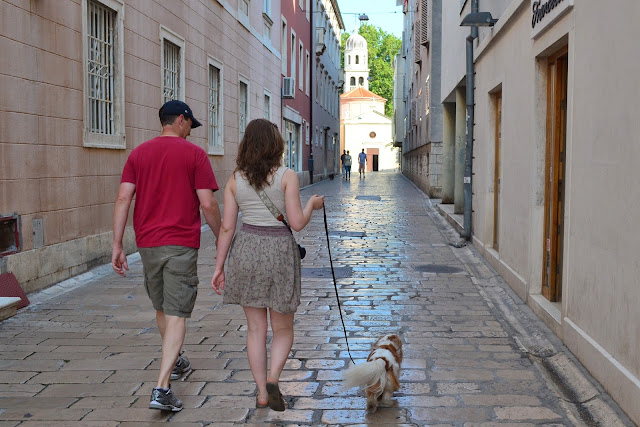 That apartment had to be vacated by noon the next day, so off we went to yet another cafe to wait and see what would happen.

It's really not too bad of a way to spend a day...sitting at a cafe with a view to the sea! You just feel a little conspicuous with your bags sitting there too! HA HA! 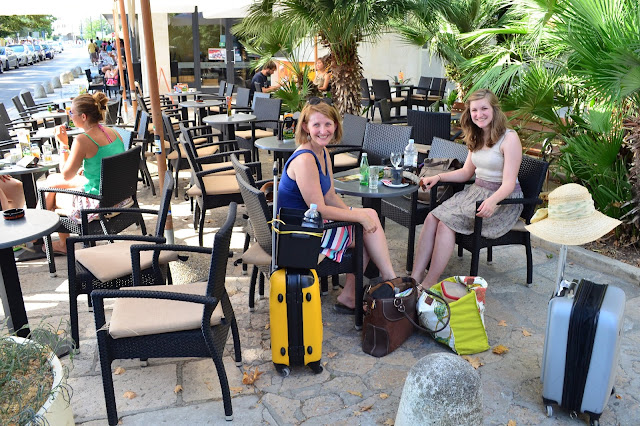 Though they'd figured out what was wrong, the part they needed to fix the car had to be sent from Zagreb. It missed its arrival time by bus courier on Wednesday morning at 10 AM.

And the garage normally closes at 4!

We weren't sure if we'd make it out of Zadar again that day as waited, waited and waited. 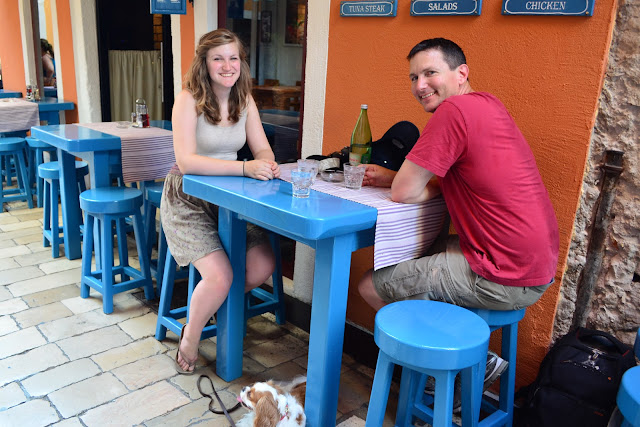 But here's the strange thing about all of this. While we were looking forward to moving on to our final destination, there was such a sweetness to those days that is unexplainable.

Except for the Lord, and that we knew this was His will for us. What else can you do but submit when you know that??

Then, seemingly all of a sudden, at 3:15, Dave got a call from the garage. The part was in! They said they'd work past closing time to get it done so we could leave that day.

By 4:30 it was finished and we were able to take a taxi back to the garage and meet up with our now-fixed car again.

What they told us then was one last piece of amazing kindness of the Lord.

When they replaced the crankshaft sensor (that's what the computer initially had showed needed to be replaced...a very important part, I'm told!), another sensor showed up as faulty when they put it in.

Normally that sensor (something having to do with the fuel injection) is an "on order" part too, especially since this wasn't a Hyundai dealer, but rather just a garage that works on cars.

If they'd had to order it, we would've been delayed at least another day, if not two.

But their computer showed that they had one of these in their warehouse!! They got it, it was the right one, they put it in, it worked. DONE!!!

We were on our way by 5:30 that evening, and made it onto the 7:30 ferry to Brač island, where we are guests at the home of some friends for the next two months.

And so, finally our sabbatical has officially begun.

Though I think the Lord's idea of our official start was something different than we had imagined! 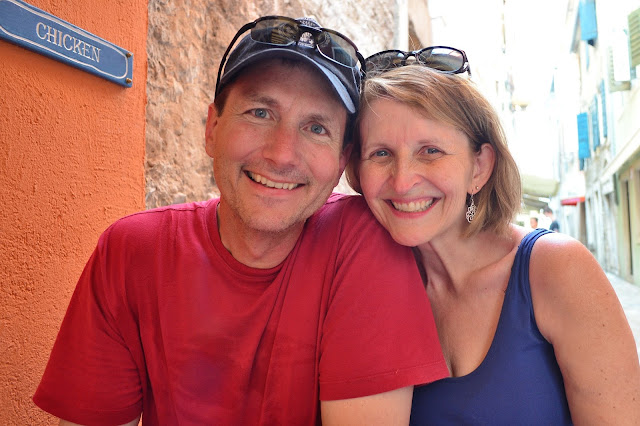