When you're standing at this counter, it's never a good sign. 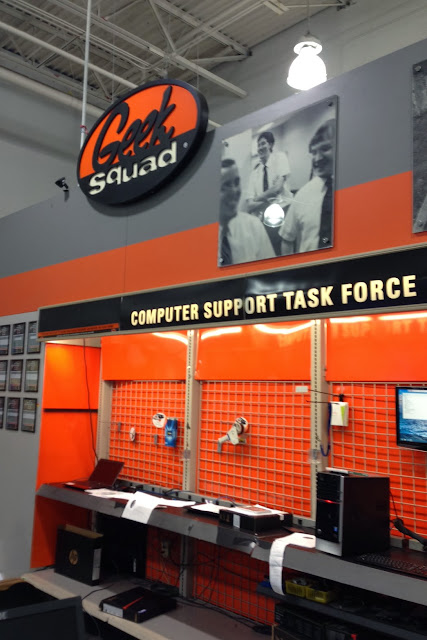 Today it was my turn to have computer problems. Not a fun prospect when you're in the middle of a book writing project.

I've been having issues for a while now, but this morning when my computer wouldn't charge anymore, it was time for help.

We headed into Best Buy, only to find an hour long wait to meet with someone in the Geek Squad (what a name for that department!). 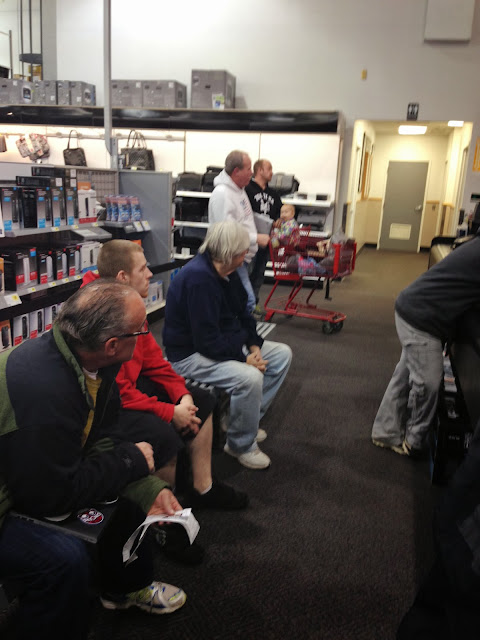 Once it was finally our turn, we stood at the counter for over an hour while a very helpful "geek" named Kat, worked with us.

But we couldn't get it to charge at all, and it was losing its charge minute by minute. I was seriously getting nervous about everything that was on my computer - how could I get it off fast enough before it lost all of its charge? While some things are backed up, not everything is (note to self!). 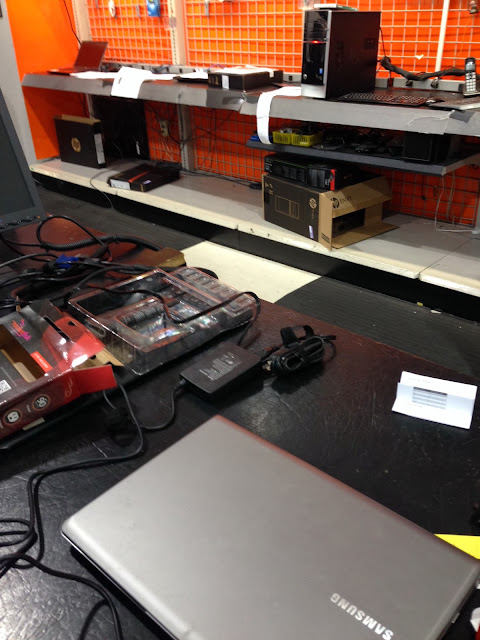 The prospect of sending it in to Samsung was not a good one. Kat said it would be weeks before there was even a hope of getting it back, but worse was the thought that they'd have to open it up and get into the motherboard (what a name for that all important circuit board on a PC!) to fix the charging port, which has the potential for loss of data, she said.

While she tried every possibility within her ability, we talked about our options, none of which were good ones: send it in and not have it for a few weeks, spend money for a new computer and have to reconfigure everything, lose valuable time and money doing any of those options. 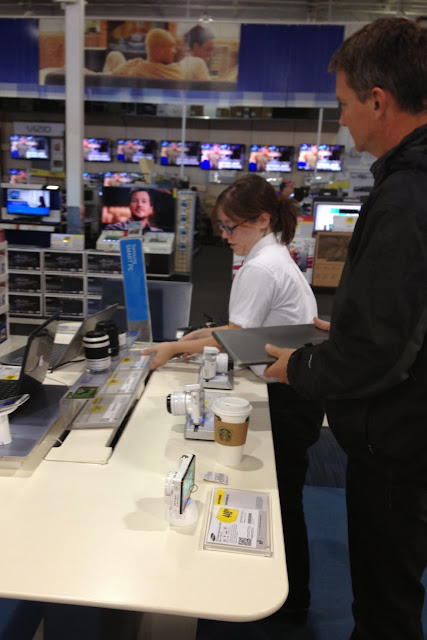 Just as I was sadly adjusting to the thought of being without my own computer for a while, Kat thought of one more thing: see if a charger in the Samsung display would work (we'd already tried three chargers, none of which worked which seemed to indicate something was wrong with the port).

And VOILA! It worked! So then we knew it wasn't the port after all, just something to do with the charger.

Four chargers (including my original) hadn't worked, but when we opened up an original Samsung charger that wasn't exactly to the specs of my computer, it worked anyway.

If Kat hadn't persevered, I'd be typing this on my phone and wondering what I was going to do without a computer. Instead, it's happily plugged in and seems to be charging just great right now.

We burned a whole day doing it, and it's now 5 PM and we're just sitting down to write. But at least I'm on my own computer. That makes me really happy and really thankful to the Lord for taking care of that for me.

Back to writing now!
Posted by Unknown at 11:20 PM