If ever there's been a blustery day, it's today.

Weather warnings are out for 50 mph winds, despite the warmth outside - can it really be 68 degrees like it says on my weather app? 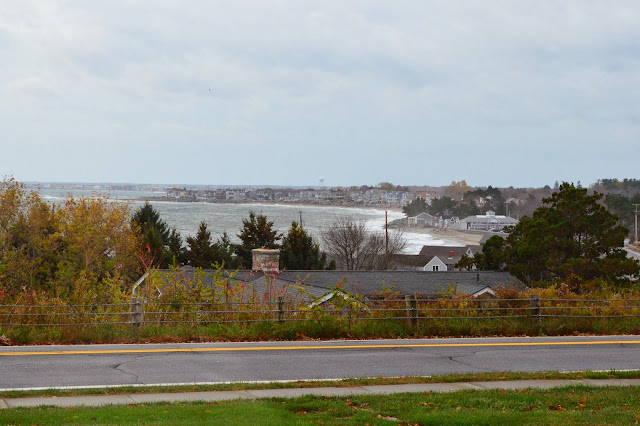 It was our day to get out and run so we headed off to see if we could endure it. 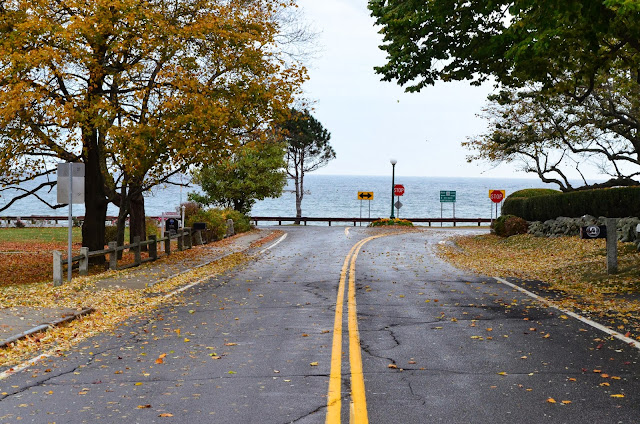 The brave one, Dave's sure he's going to do it. 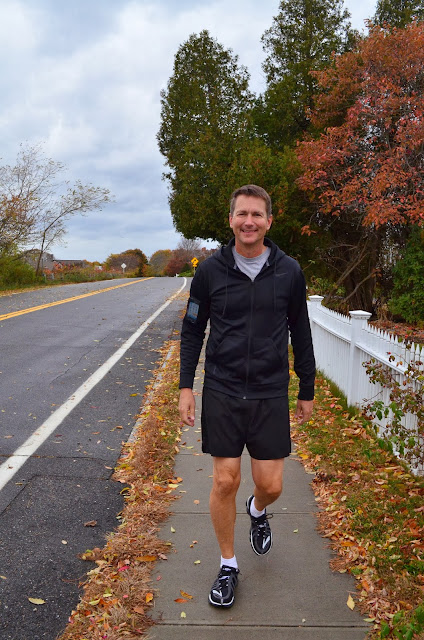 I'm not so sure! While it's definitely warm, the hat's in place because it is unbelievably windy, and I'm worried I might just blow away. Maybe I'll walk and take photos of this blustery day. 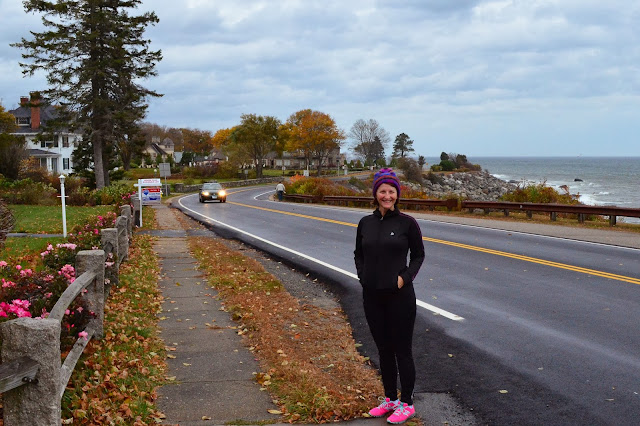 Dave headed off in one direction and I set off in the opposite. I wanted to see what was happening down on the beach. 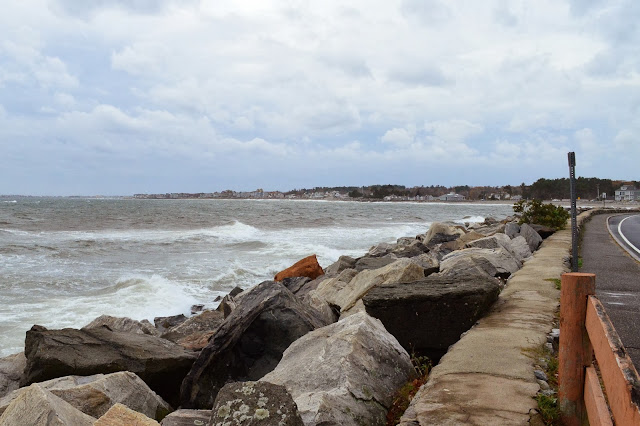 That's how gusty the wind is! That flag has no trouble fully displaying itself today. 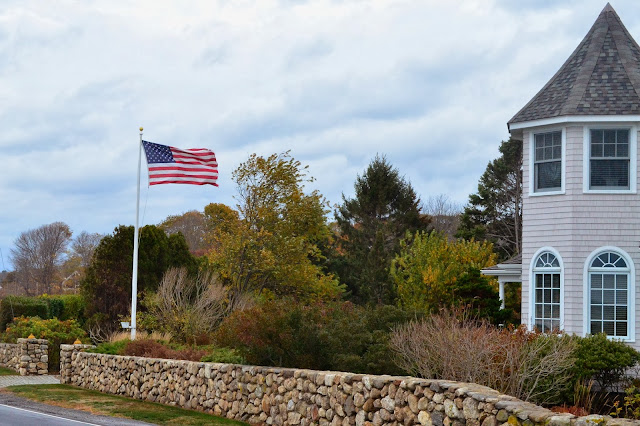 It's wild and crazy down at the beach, with waves crashing up on the shore.  The smell of the salt air is strong today, and it's kind of cozy despite how stormy it is. 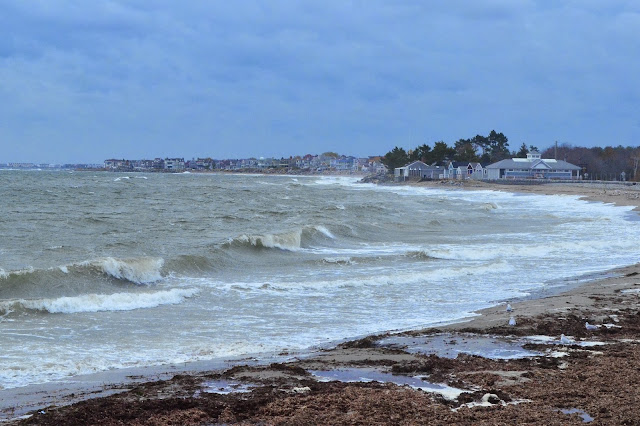 The seagulls are lined up like it's a convention. What's up with that?! They seem to be playing a game of "chicken" to see who's going to move first. 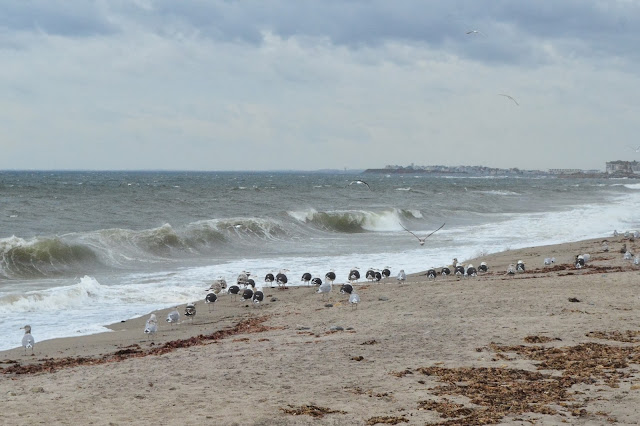 With raindrops starting to fall, I headed back toward home, deciding that I'd rather enjoy the storm from inside while I write. 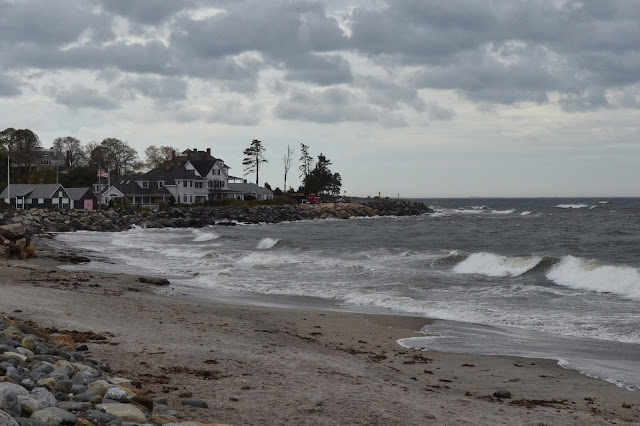 Love a good storm from inside though.
Posted by Unknown at 4:05 PM