After ten to twelve hour days of writing this week, I hit the wall last night. I am SO glad we had already planned to take this week-end off.

We left this morning, heading out into the gorgeous New England countryside again.

I cannot get enough of the fall leaves against the pretty, contrasting blue sky we've seen most every day, except yesterday when it was all blustery which was pretty in a different way. 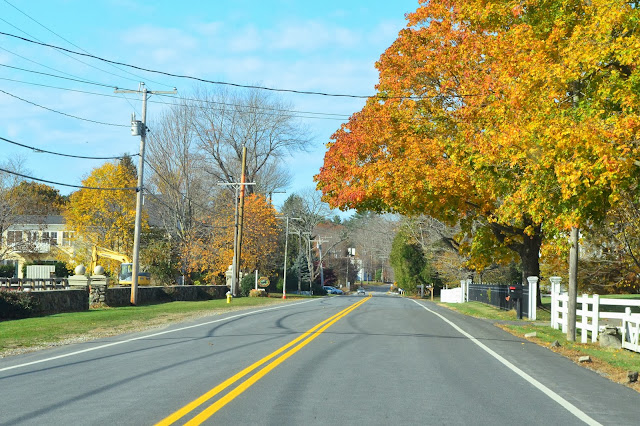 If I had time I'd stop and take pictures every few blocks! There are just too many beautiful things to photograph here.

Wish that tree hadn't been in the way as we drove by...but at least I wanted to capture some of the charm of the old houses here. 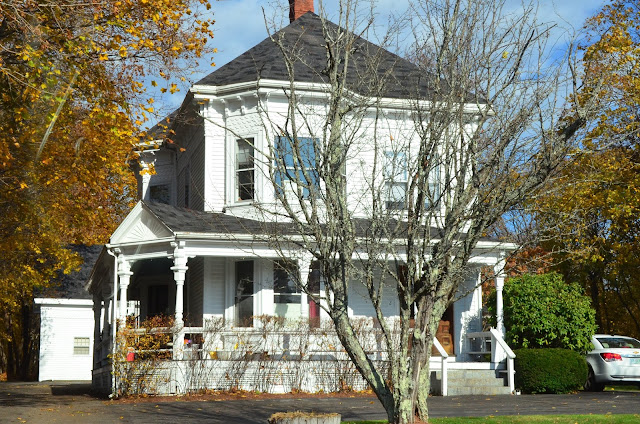 Arriving an hour later near Manchester NH, we had the joy of having lunch with some friends we haven't seen in a very long time.

Dave and Sarah went to high school together in Colorado and it had been years since we'd all seen each other. It was so special to be with the whole family, and spend some hours catching up and just enjoying the time all together.

Thank you for making the drive from Rhode Island to see us Kevin, Sarah, Tessa, Emma and Anna! 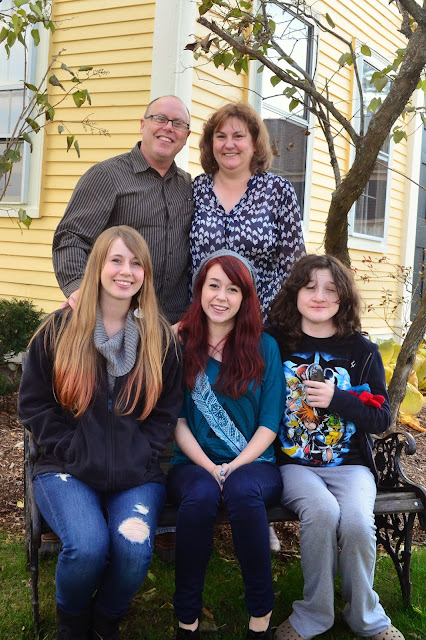 It wasn't far back to Manchester from there, a town where Dave had to get to by 5:00 PM. 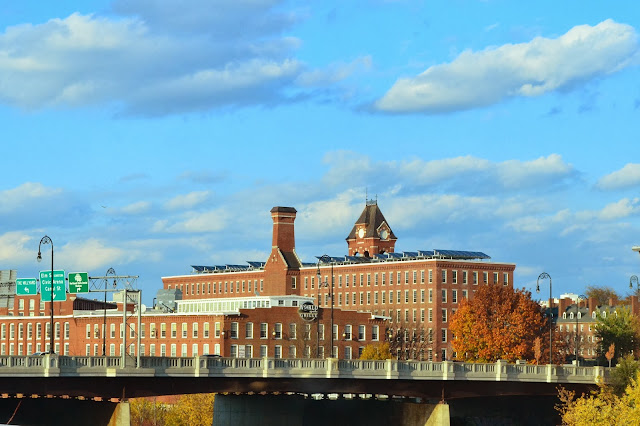 But not before I captured some more of that pretty New England sky and those gorgeous leaves, where even pictures taken from the car window are beautiful! 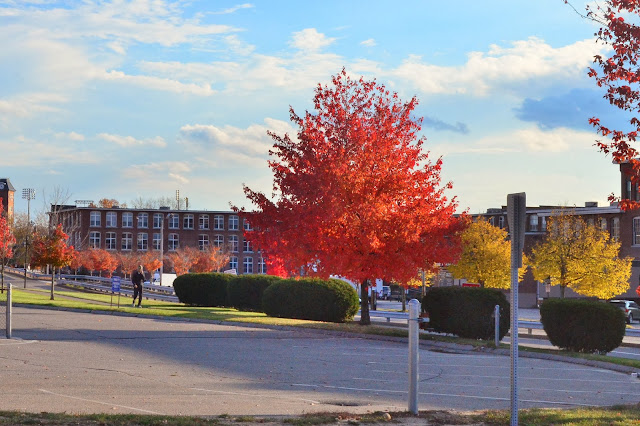 Checking to make sure he has the information he needs before he goes in, Dave looks at his phone one more time. Why? 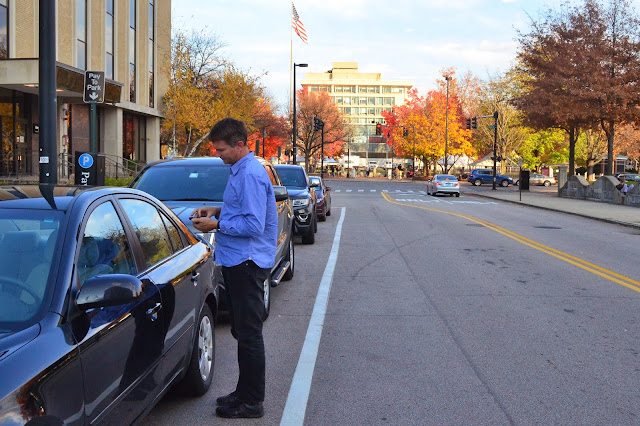 Because he's running a half marathon tomorrow and had to pick up his race packet! 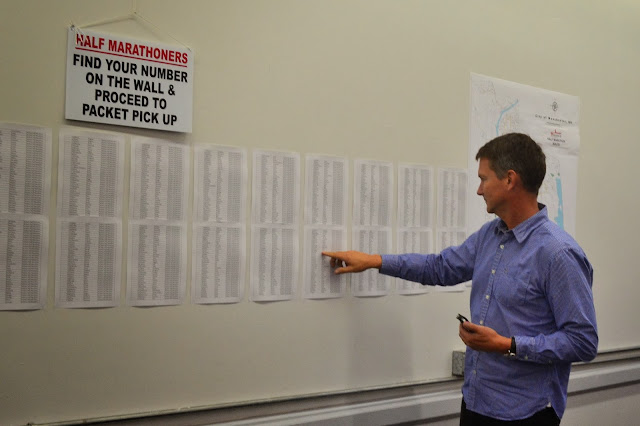 When did he decide to run it? Oh, last Saturday night. 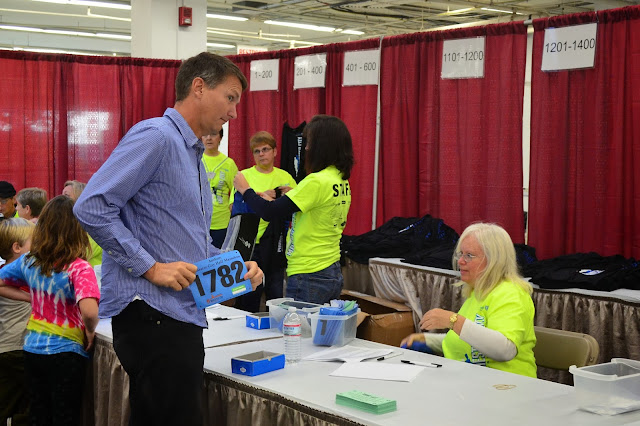 He's been back to running for a few months now, but not with a half marathon in mind.

When some good friends ran a half in Dallas last week-end, it made him think, "Hmmm, I wonder if there's a half marathon anywhere near here that I could run in?" And sure enough, there was one just 45 minutes away; the very next week-end!

Asking me last Saturday night if I thought he should do it I said, "Absolutely!" So he's been running hard this week in preparation for it. 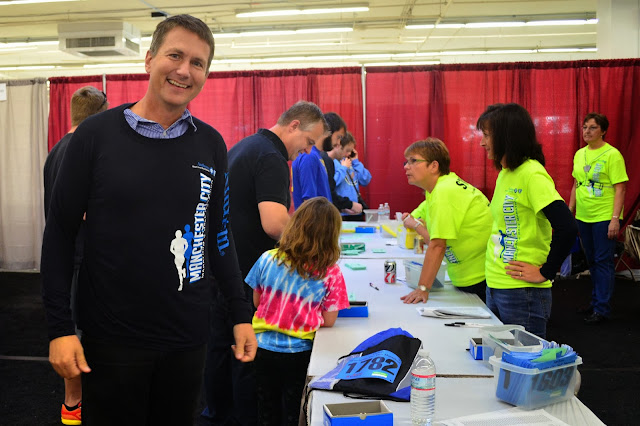 He's in bed now, hoping to get a good night's sleep before the run in the morning. We'll take off bright and early to get there (and have already switched our clocks, glad for the extra hour of sleep!).

More news and photos after the race!
Posted by Unknown at 9:30 PM