By the time we left Niagara Falls, the skies had cleared up and it looked like it might be a beautiful, albeit, chilly, day after all. 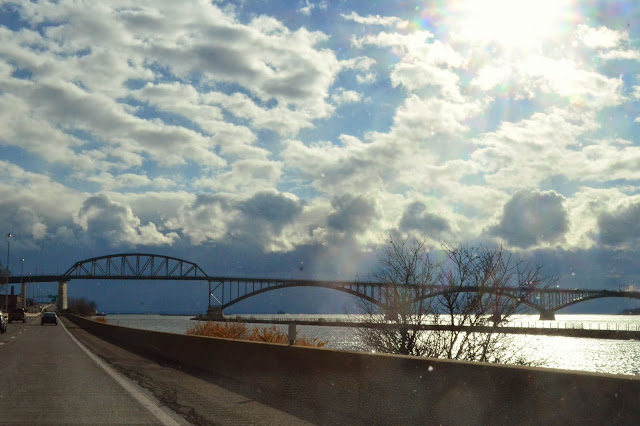 With no time to stop for anymore pictures, I snapped a photo from the car as we passed by the Peace Bridge in Buffalo, heading on our way towards Chicago. 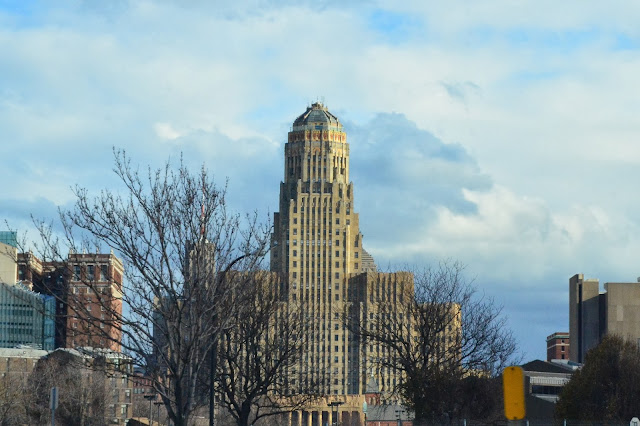 Shortly afterward, the weather changed and we had snow and ice on the road for hours on end. It was slow going the entire way. We kept trudging along though, wanting to get back to Chicago that night.

Passing by Cleveland, I had to take a picture of the city that is the home to Cleveland Clinic - a place that means a lot to our family as it's where Caleb received a diagnosis after ten years of suffering. 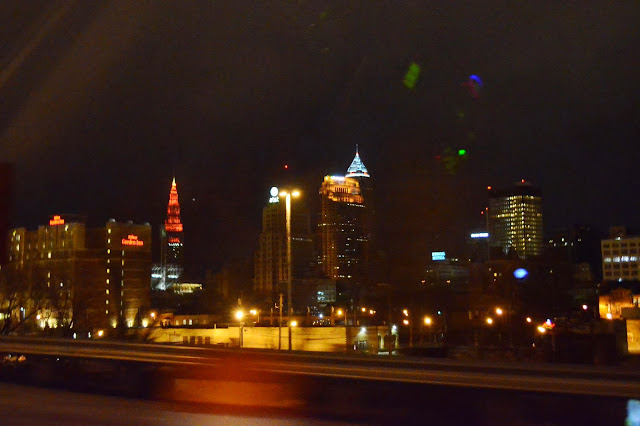 We slowly made our way out of Ohio and into Indiana, snow and ice accompanying us on our way. It was one of those drives where you wonder if it will ever be over.

We listened to a worship CD, to the radio, talked and prayed out loud as we drove to pass the time.

Then, somewhere in Indiana, a coyote came out of nowhere and hit our car, or we hit him, as we were going 70 mph. Talk about a harrowing moment! 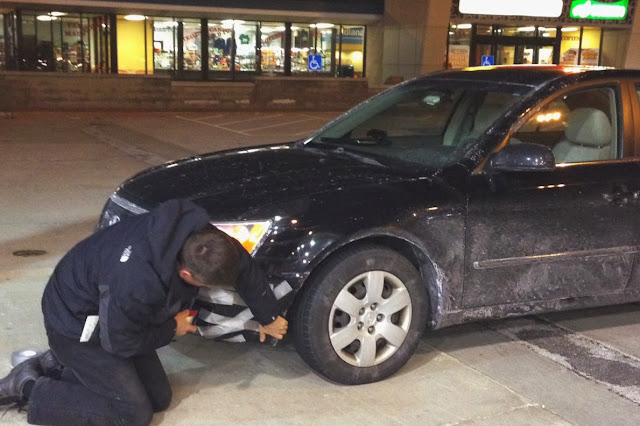 The impact made a whole lot of noise, freaked me out, and ripped the bumper off our car!

With no exit in site at the time, we stopped alongside the road and Dave got out to inspect the damage. With nothing to do but use some duct tape we thankfully had in the car, he put it back together and we continued on to Chicago (stopping later at a rest stop, as you can see by the picture, to make sure his duct tape job would hold on).

That stretch of road was the only time it wasn't snowing or icy for about 8 hours. 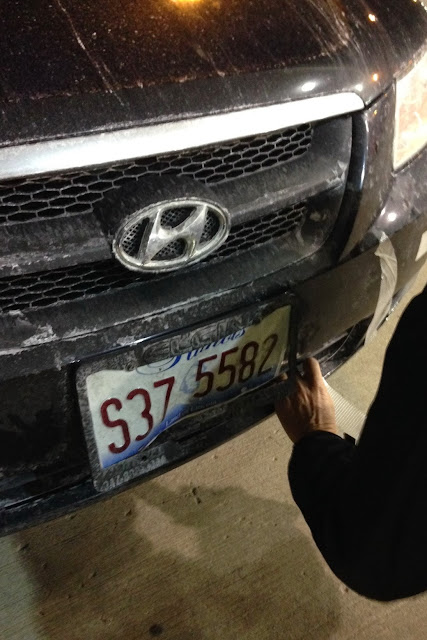 A bent license plate and a demolished front bumper were a small price to pay, all things considered.

We didn't stop thanking the Lord for his protection over the next hours as we drove, even more grateful as we pulled into our friends' house at midnight, safe and relatively sound.
Posted by Unknown at 3:30 PM