After we left our friends, the Pitcher's, we began the long trek back to Chicago - a trip that Google maps says is 9 1/2 hours.

That's hard to believe considering the day we had and what time we arrived back in Wheaton. 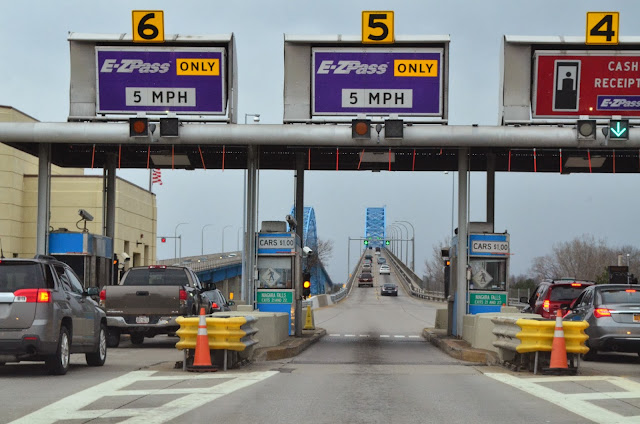 But I digress. Maybe if you never stopped, you could do it in the amount of time of time that Google estimates.

However, if you saw "Niagara Falls" on the signs would you pass it by? 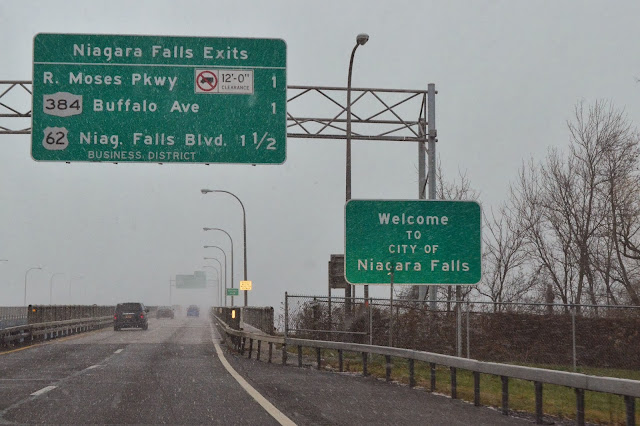 Because I'm from the other side of the country, I had no idea how close it was to our friends' house! When we began seeing signs I asked Dave if we could stop since I've never been there (he has).

Little did we know we'd encounter a small blizzard getting there! 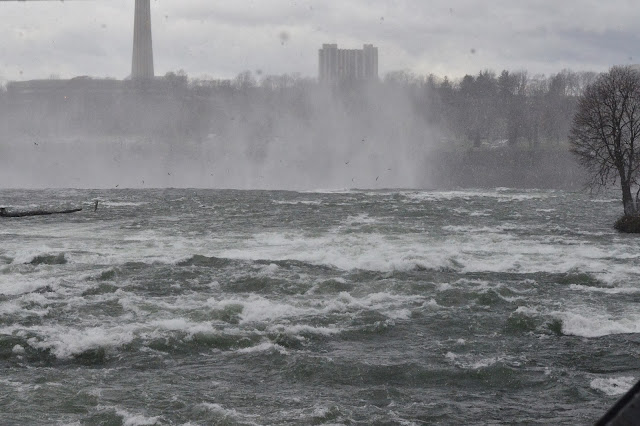 The stormy weather made this scene all the more terrifying as we headed towards the falls once we'd parked. The American Falls are right over that edge. All I could think of was, "that is the scariest looking water I've ever seen!" 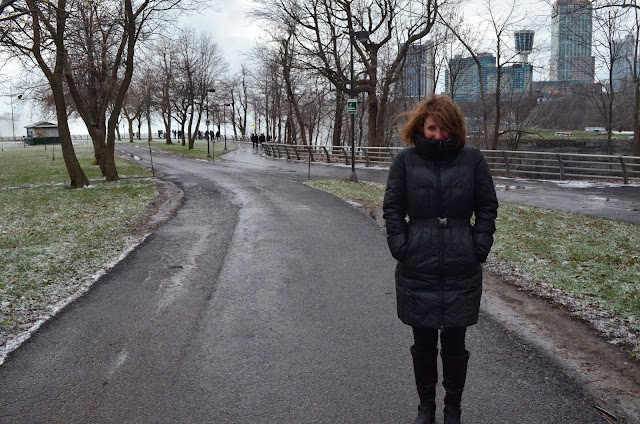 And cold?? I thought I knew cold. But no - it's a whole other brand of cold right there at the edge of the falls. The biting wind was almost more than I could handle! 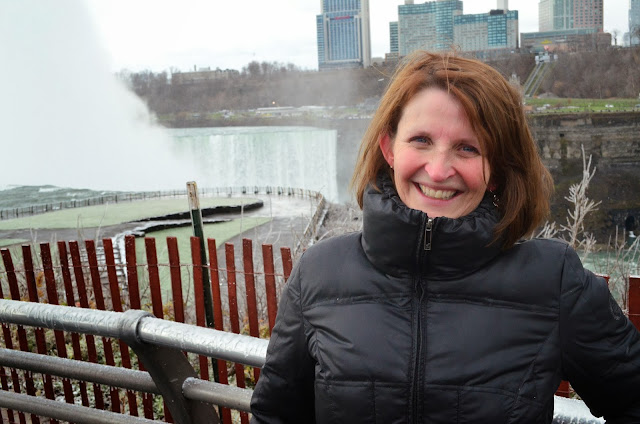 For the sake of a picture overlooking the most famous view of Niagara Falls, I brought my face out from underneath my coat and smiled. But I'm positively shivering here! 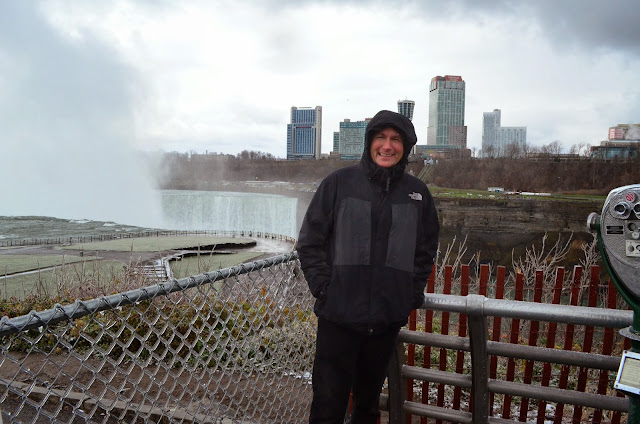 You know it's bad if Dave has his hood on! I was really wishing I had a hood on my coat that day. 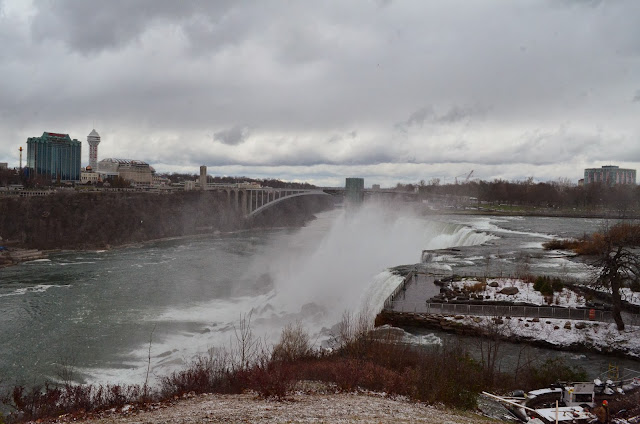 The most striking part of seeing the falls was being overwhelmed by the power of the water. I think it may have been the most powerful site I've ever seen in my life, its danger enhanced by the weather. I felt absolute terror in thinking of anyone going over those falls. Though some have miraculously survived, most don't. I can see why.

But while it looks unbelievably powerful to me, I know that it's not even an ounce of the power that God possesses. This is literally a "drop in a bucket" to him!

It's a good image for me to keep in mind as I continually contemplate God's awesome and stunning power.

And the trip? It took over 15 hours. Partly due to the stop at Niagara, but mostly due to snow, ice, wind and a coyote along the way.

But that's a blog post for another day.
Posted by Unknown at 3:00 PM