Our time here in Jackson has been nourishing, meaningful and delightful as we've spent time with our friends, and worked on various projects. It's hard to believe a whole week has already gone by and that it's time to once again move on to another location before we wrap up our sabbatical in three weeks.

My one request before leaving Jackson Hole? 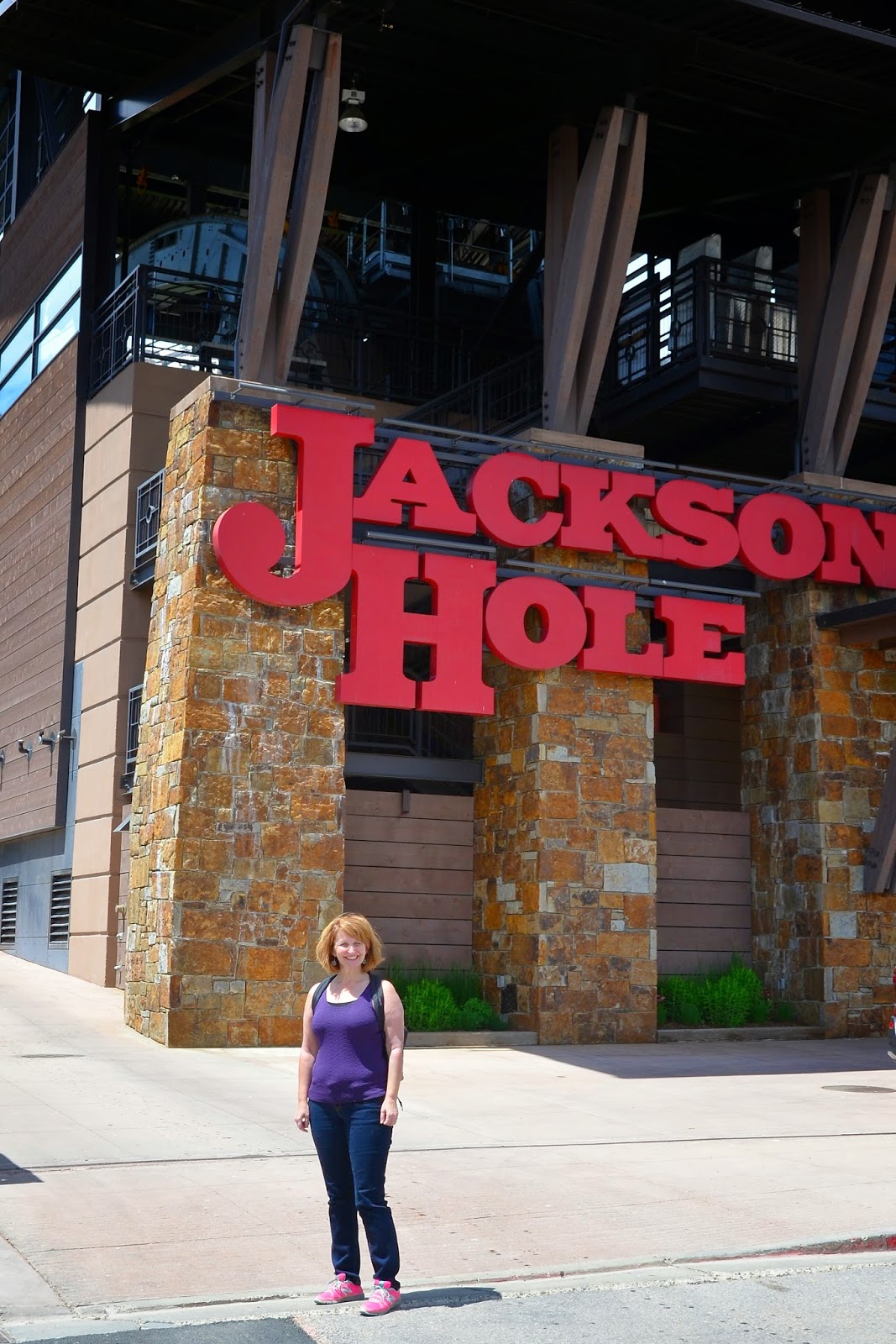 Ride the aerial tram to the top of the ski area! 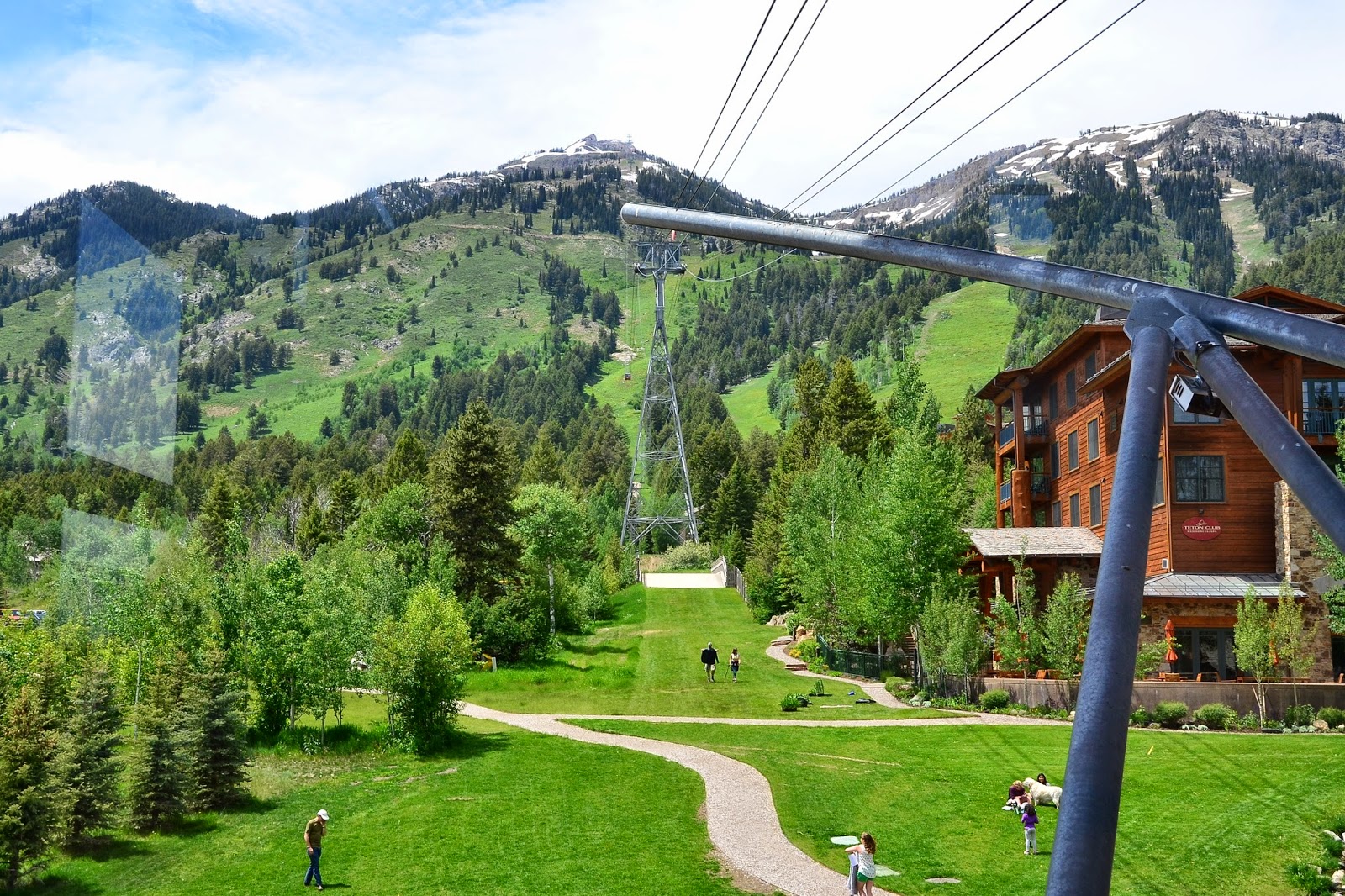 In just fifteen minutes you're transported 4,139 vertical feet up to the top of Rendezvous Mountain where the elevation is over 10,000 ft. 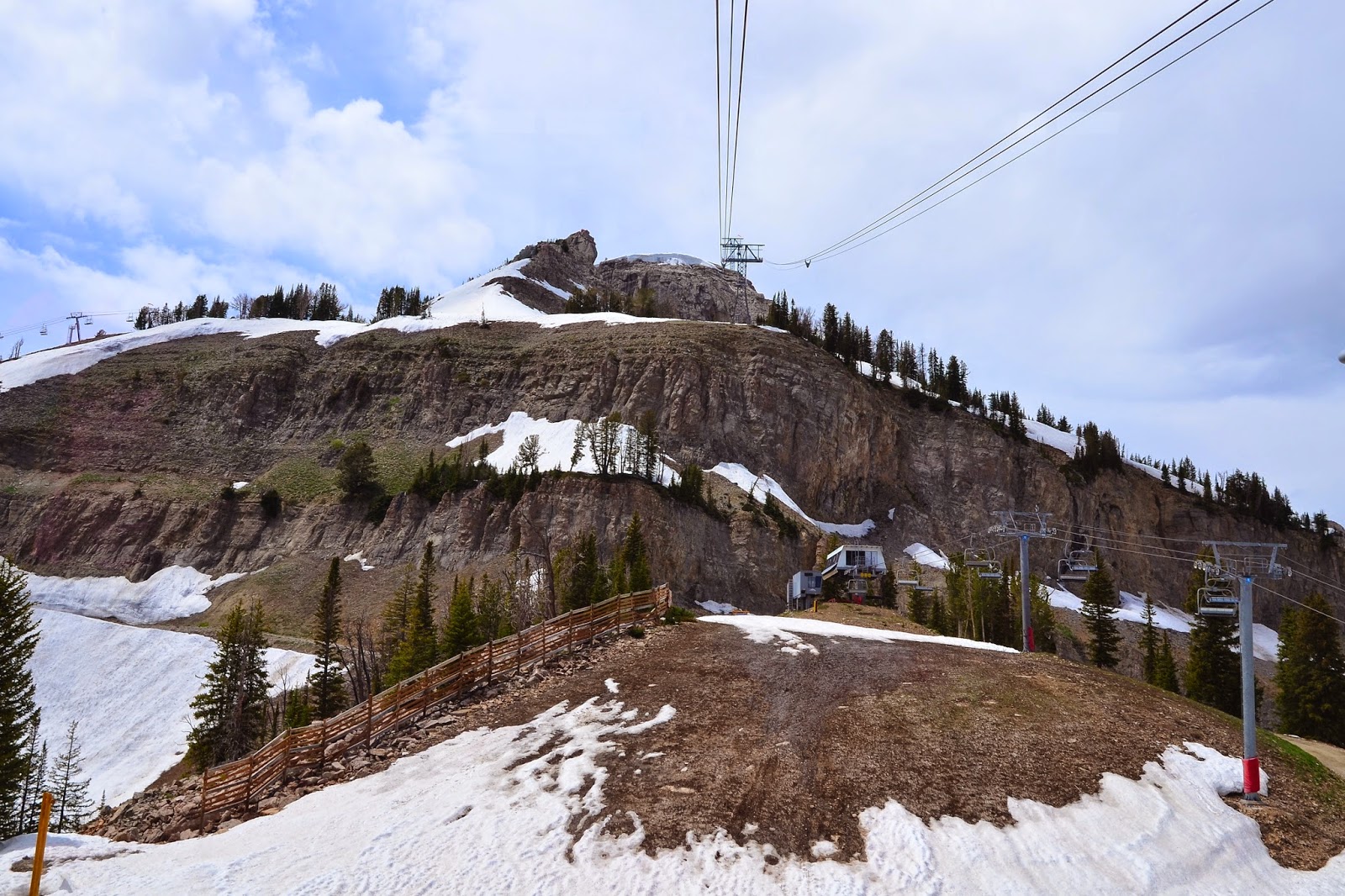 What a thrill to reach the top and look out over the whole valley of Jackson Hole! I will admit, my heart was beating pretty fast as I stood there gazing over the edge. It's a bit of an adrenaline rush. I can't begin to imagine what it would it be like to ski or snowboard off this mountain! 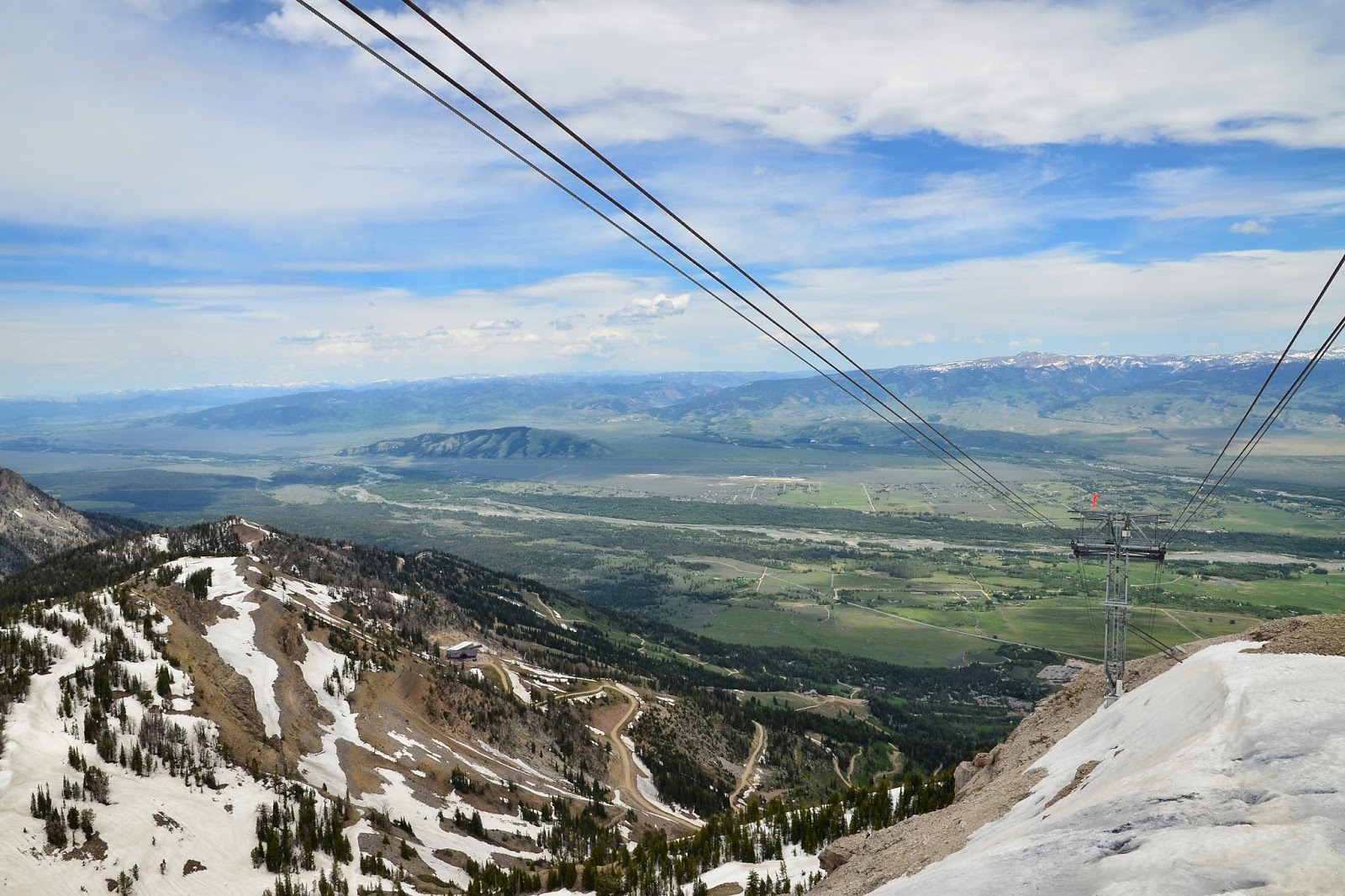 Content to take in the view, I asked Dave to get Grand Teton in the background. It's yet another 4000 feet higher than where we were standing. They say the top of it is about the size of a tennis court.

I don't think I'll be going up there anytime soon. 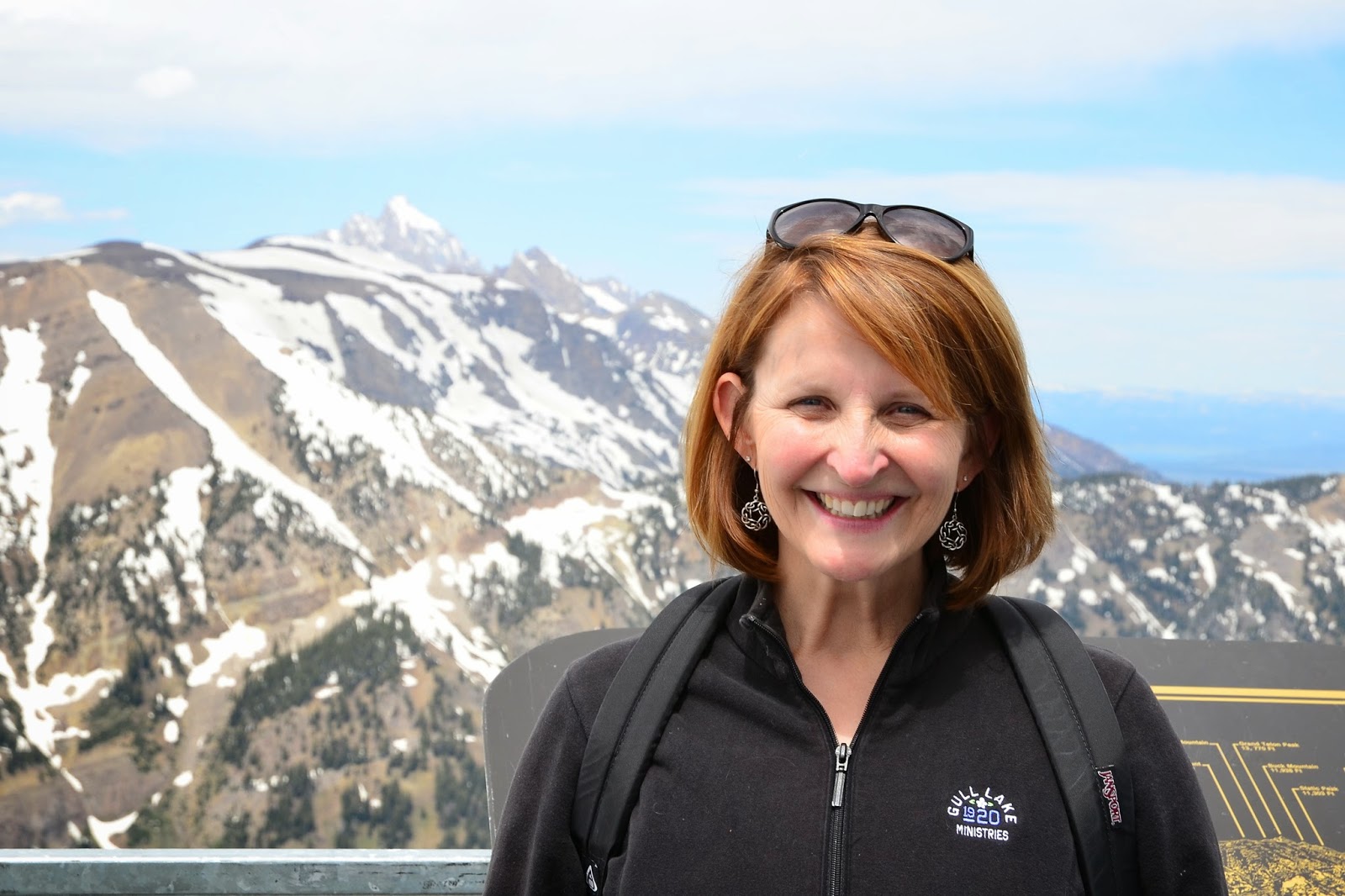 There is a 360 degree view from the top of the mountain, spectacular from every side.

You sure do want to watch your step though! 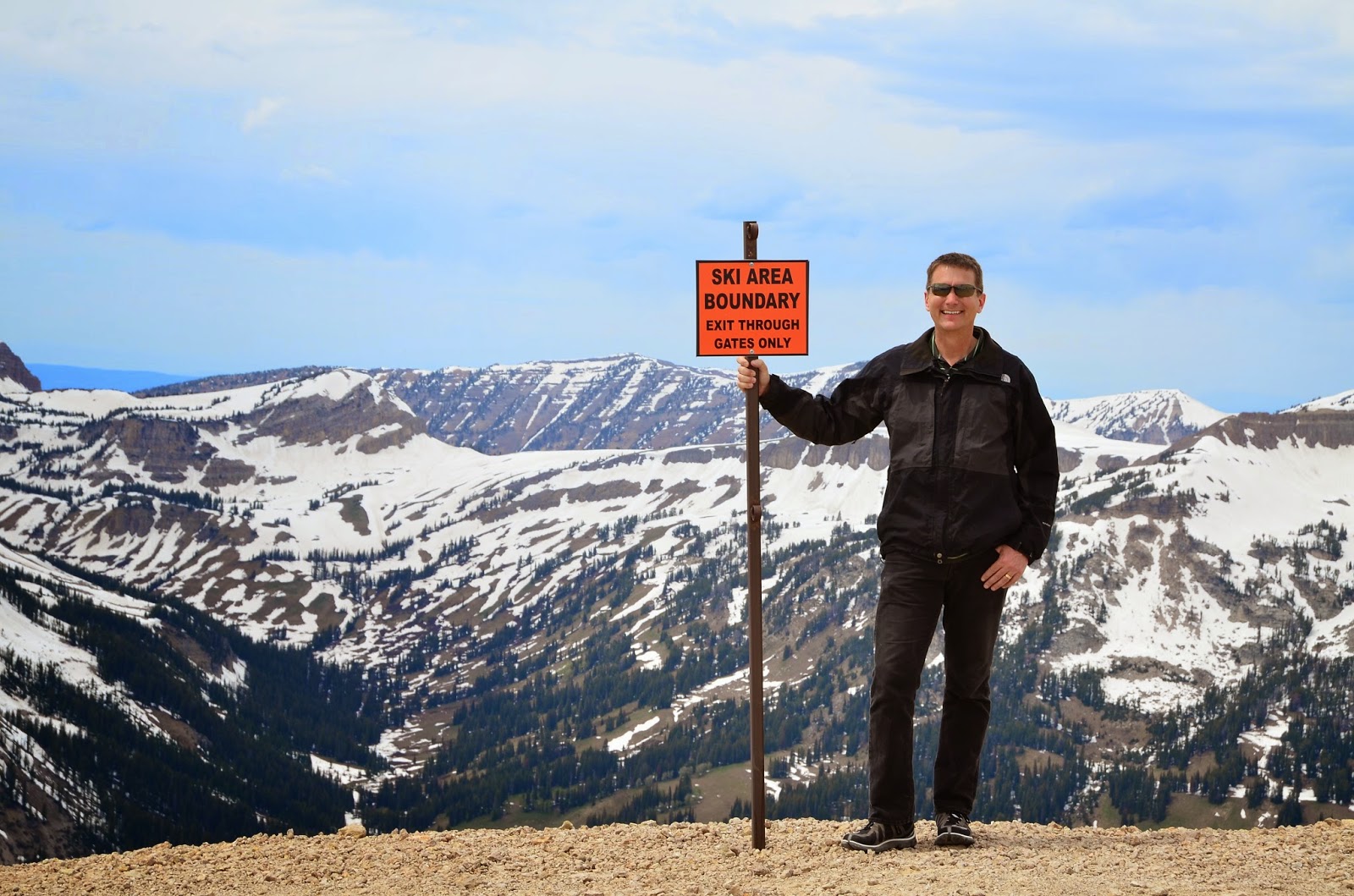 Even on a hazy day, it's an incredible view of the Snake river, surrounding mountains and the valley below. 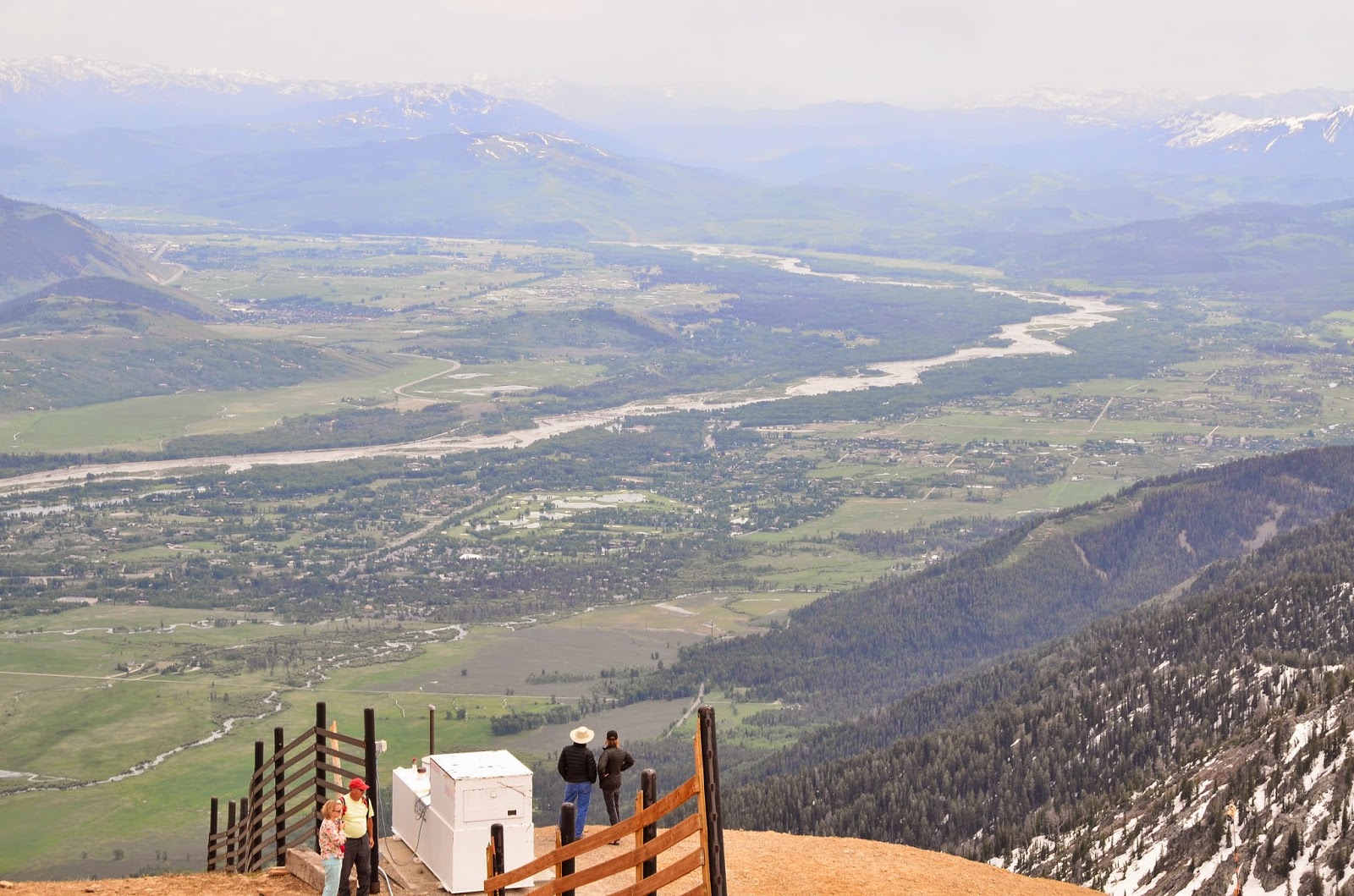 Construction of Jackson Hole ski resort began fifty years ago in 1964, with the first tram bringing people to the top in 1966. A lot of people have skied up there since then, including Dave and Caleb this past January! 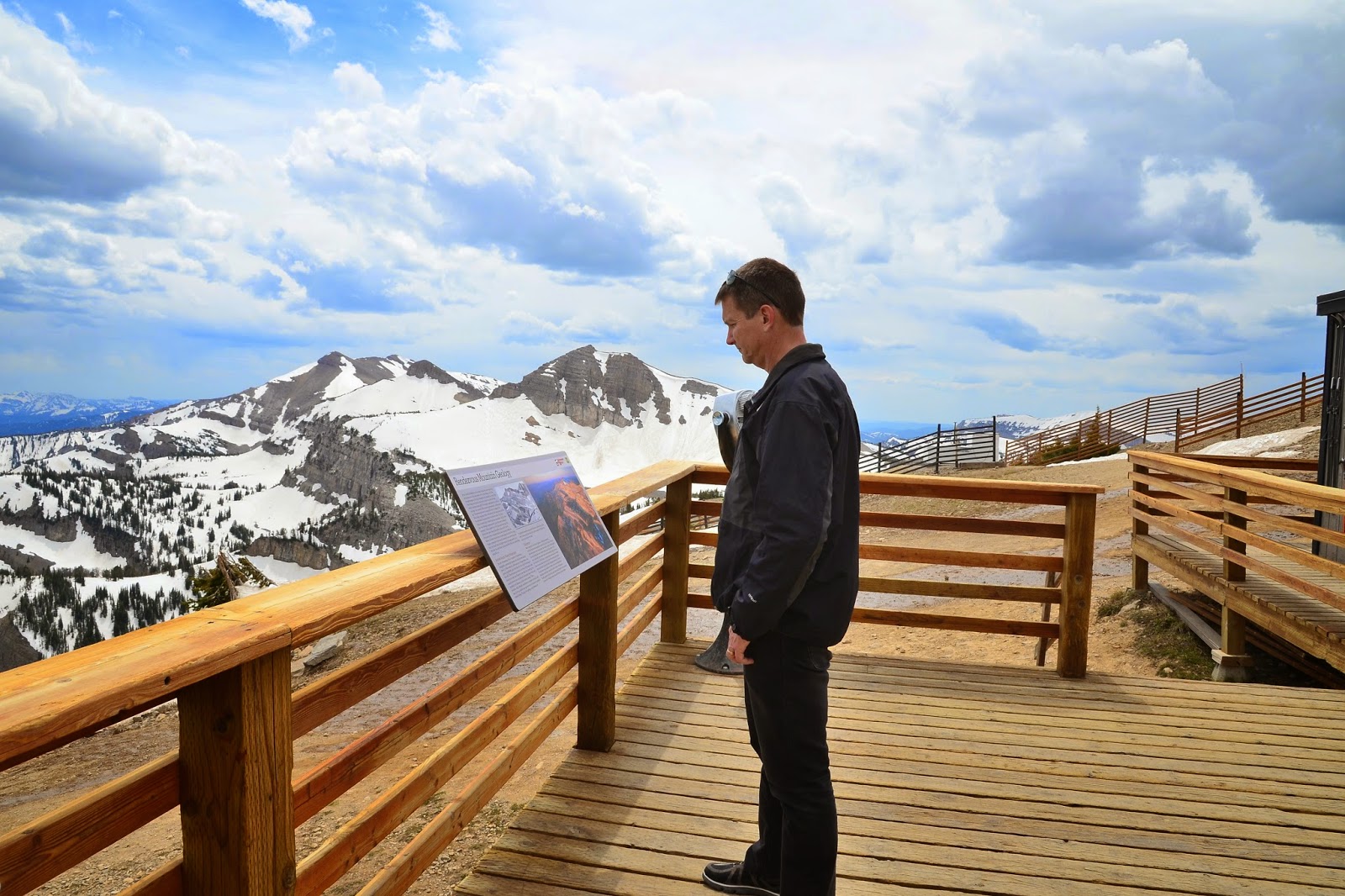 I'll happily settle for a tram ride up in the summer to check out the snow. Those runs are way too steep for me. 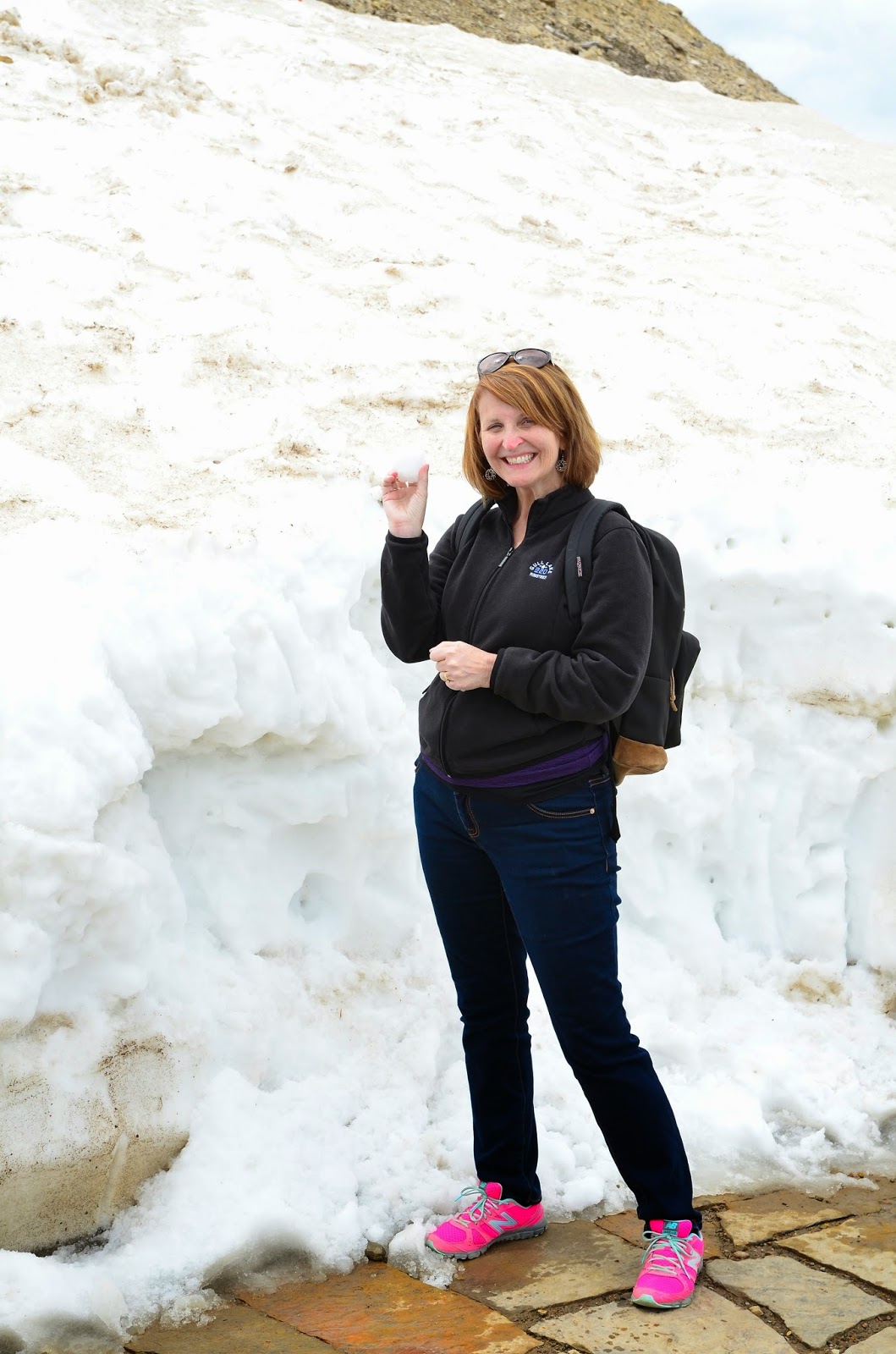 We've sure enjoyed Jackson, Wyoming and all of its beautiful surroundings, as well as time with our friends here. As always, it's hard to say goodbye. But we're thankful for this precious week here. 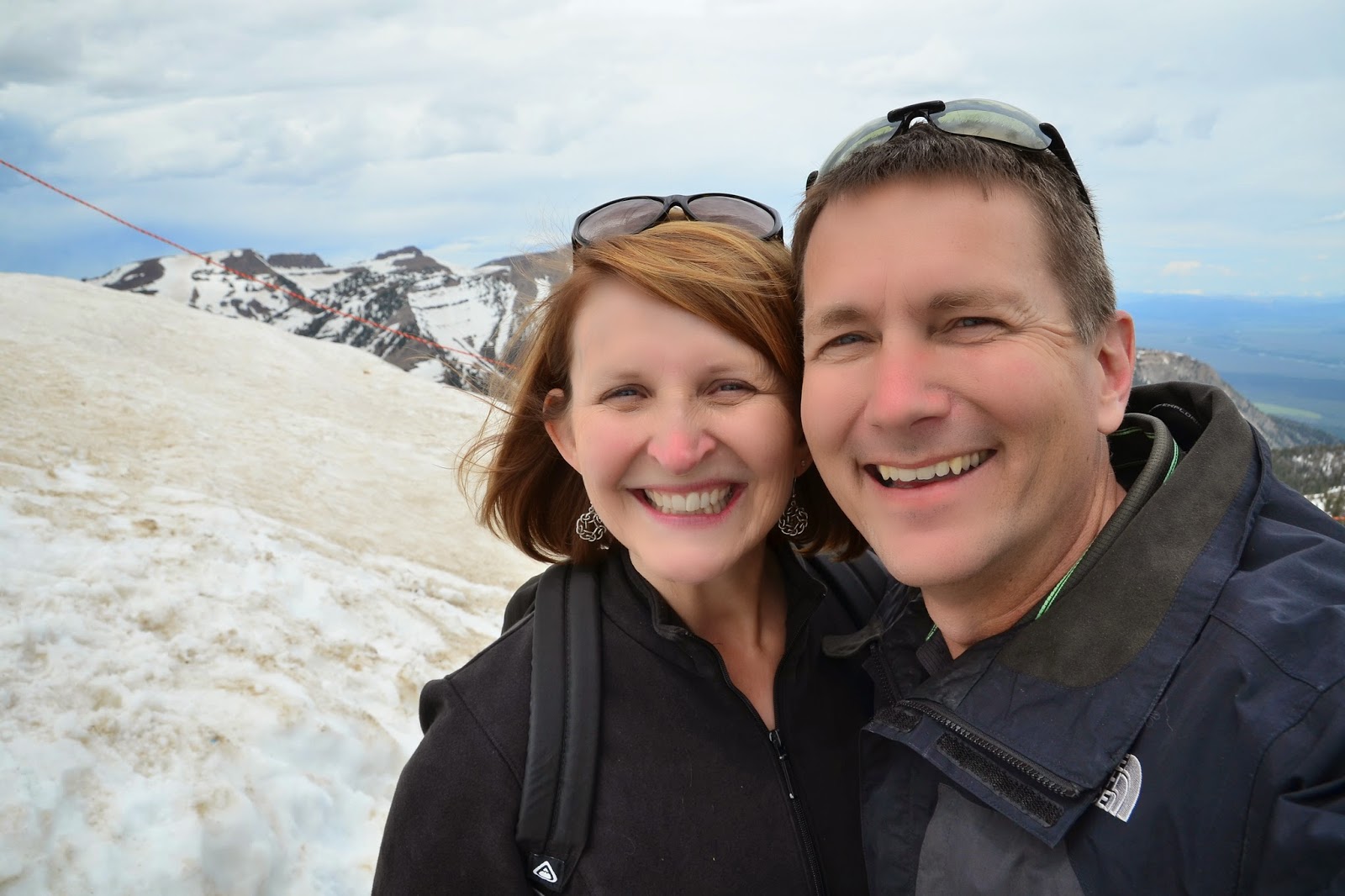 Now it's off to Chicago this afternoon!
Posted by Unknown at 4:30 PM