After spending time with the Grace church team from Chicago yesterday, we made our way back across the Charles Bridge to meet up with another team here from Alaska, who also served at an English camp last week. 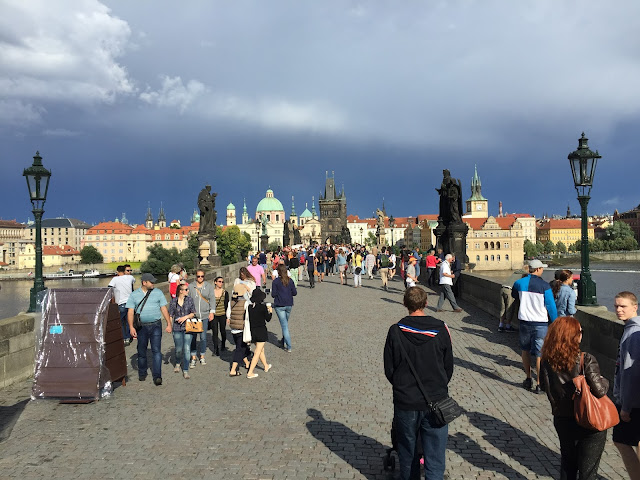 We met that team here, on the Maria Croon City Sightseeing boat where they were taking a dinner cruise on the Vltava for their last night in country. 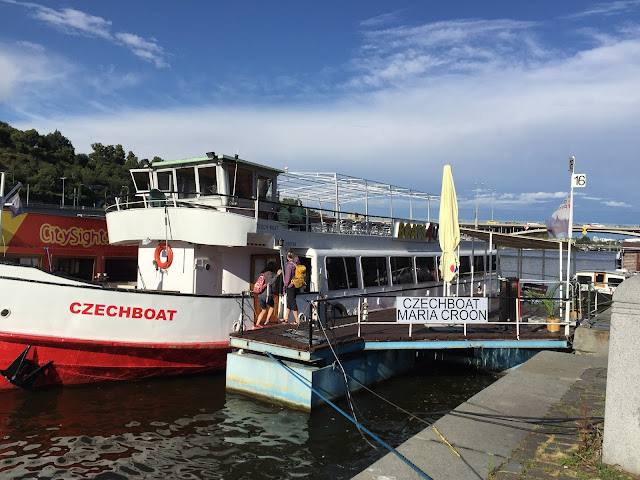 Few know the story of Dave's first evangelism outreach that fueled his desire and calling to work with youth.

It happened on an American military base in Hanau, Germany when he was just 18 years old, at the invite and encouragement of this woman, Pat Pennell (who was here for her seventh year of English camps with her husband, the pastor of the church in Alaska, and the team that accompanied them). 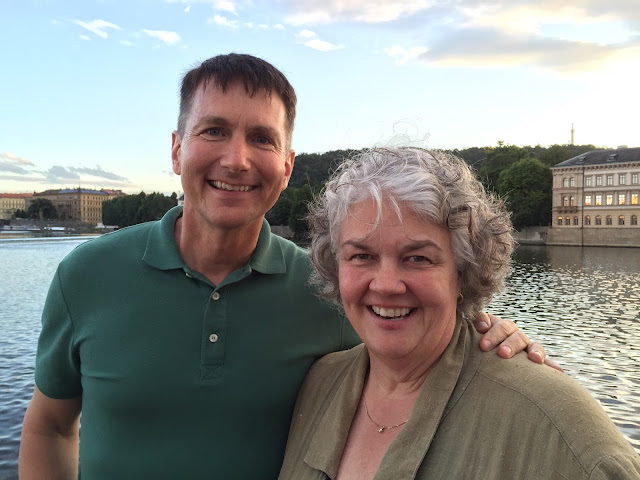 At that time she was a single missionary with Cadence International, the organization Dave's dad helped found many years earlier.

When Dave was 18, his dad accepted the position of European field director and moved his family to Germany. Thinking it would be a great adventure and opportunity, Dave delayed his start in college and moved with them to spend a year there. That proved to be a pivotal point in his life that eventually led to the beginning of Malachi Ministries which he led for seven years, and the beginning of Josiah Venture which began twenty two years ago.

While discipling a group of high schoolers that year (with Dave only a year or two older than them!) it was Pat who made it possible for him to bring them to Hanau to lead his first evangelistic outreach event. 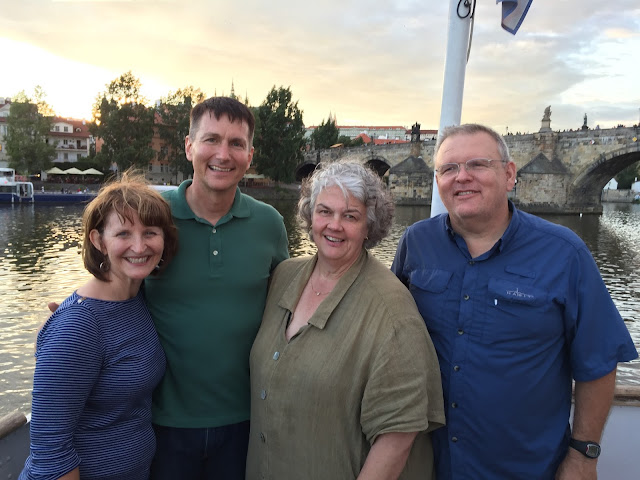 As we traveled down the Vltava River enjoying a beautiful summer evening together, we reminisced over those early days of ministry and how significant they were to what God's big plan and will was for Dave's life. 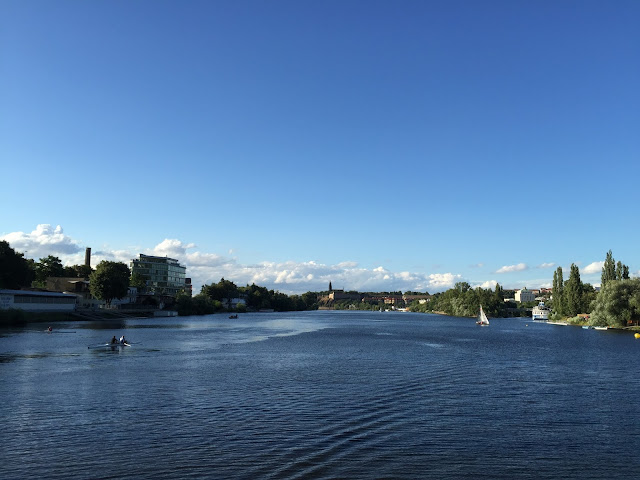 With a boatload of 60 people including their team, some JV interns, as well as students and parents from the camp they'd just come from, Dave got to tell the JV story going all the way back to that week of ministry in Hanau at Pat's invitation, and how that set the course for JV's ministry today. 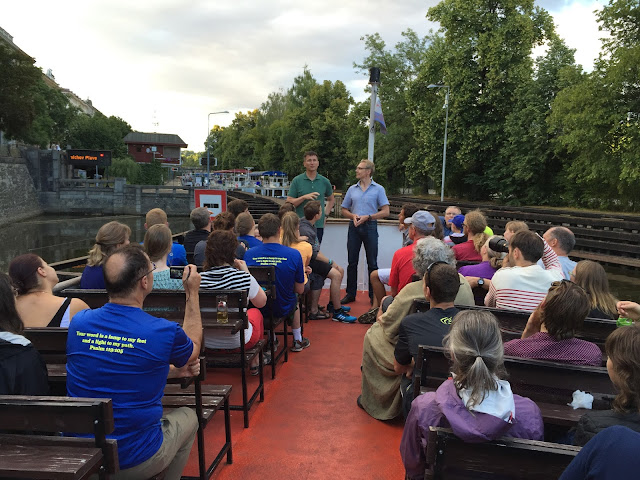 It truly could not have been a more beautiful evening, giving God glory for what HE has done over the past thirty five years since that first outreach event. 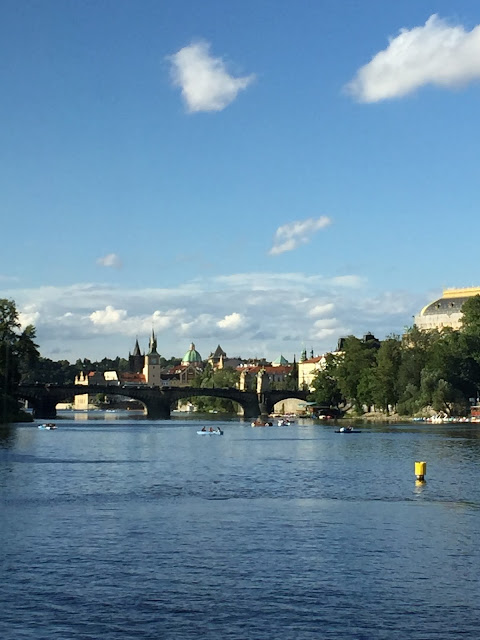 Who would've ever known it would lead us to the Czech Republic years later, and to thousands of young people hearing the Gospel in these Central and Eastern European countries. 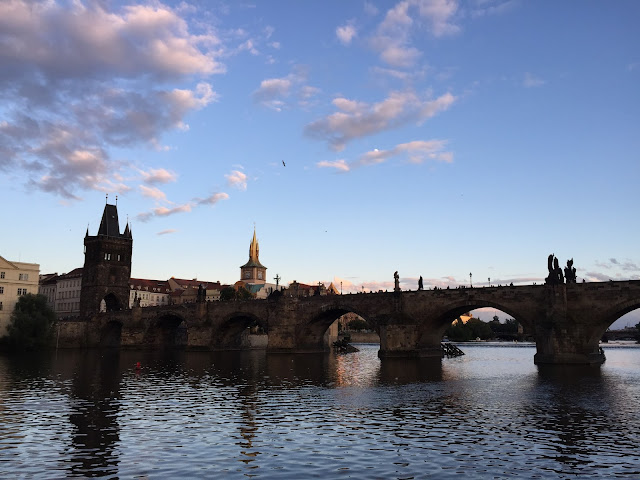 It reminds me that we never know what a word spoken here or there can mean in the big scheme of life. I'm sure Pat had no idea what her encouragement to Dave would bring about many years later. 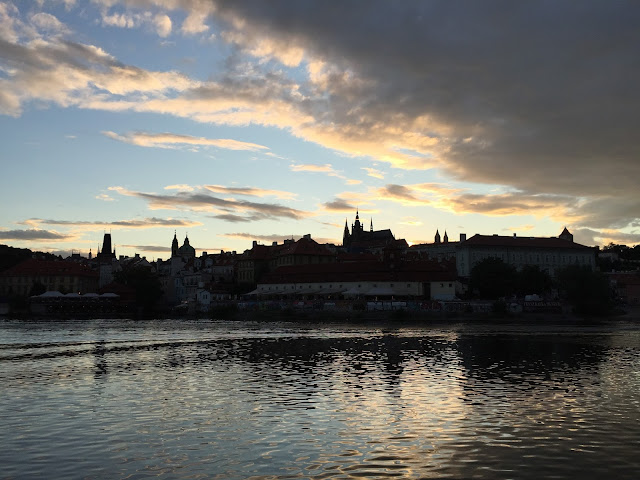 But how special it was to travel on a boat down the river in the country we've lived in for twenty two years, with the woman who gave Dave that invitation to share the Gospel all those years ago. And who has now come here to serve with JV for so many years doing the same thing that she made possible for him years ago!

We all gave glory to God that evening, to our mighty, powerful and creative God who could set all that in motion to accomplish his will! 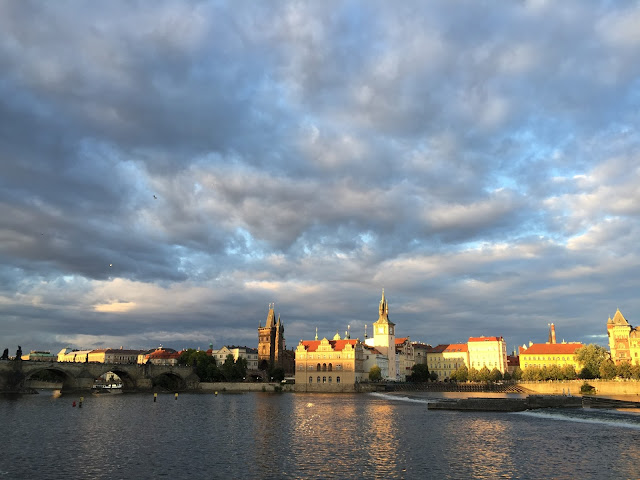 "Bless you Pat for following the Lord's leading years ago! And thank you for yours and Grady's years of investment here in the Czech Republic and your support and encouragement in our lives!"
Posted by Unknown at 11:08 PM