After Claire finished another day of work at Missionary Training International in Palmer Lake, CO, where she's doing her summer internship, I picked her up and we headed out for a girl evening together. 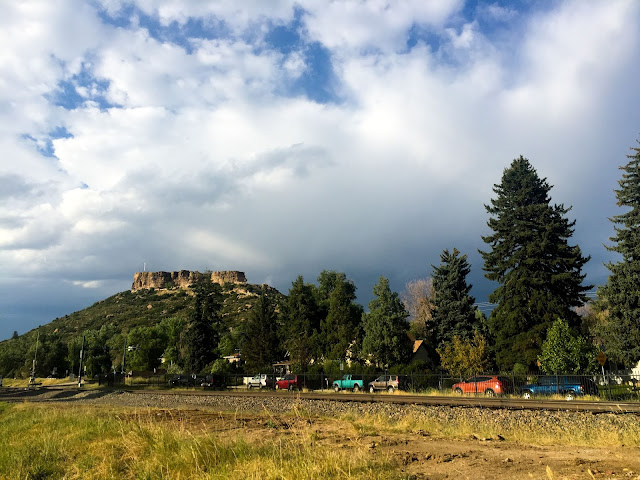 Knowing that she won't have any vacation time this summer since she's spending three and a half months doing her Moody internship, I wanted to love on her for a few days while I'm here. So we're staying in a hotel together and going out for dinners after she's done with work each day.

Oh and going to coffee shops too!


As we headed to coffee, we noticed something going on in the streets of Castle Rock, the town I'd chosen for dinner. 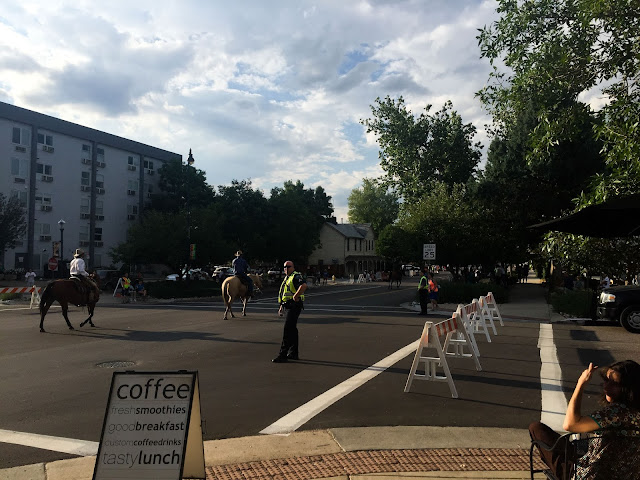 We inquired with the policeman, asking what was going on. When he told us, we asked how long it would be before it would happen, trying to decide if we would wait or not. When he said it would be within the next 20-30 minutes, we decided to camp out at the coffee shop to wait. 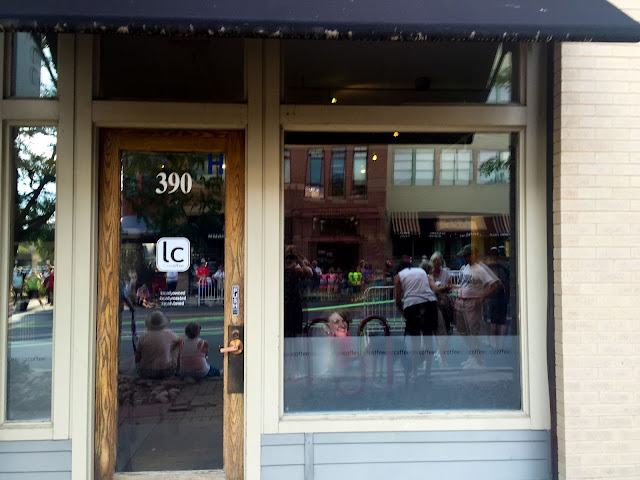 And were treated to some fun sights as the crowd began to gather. 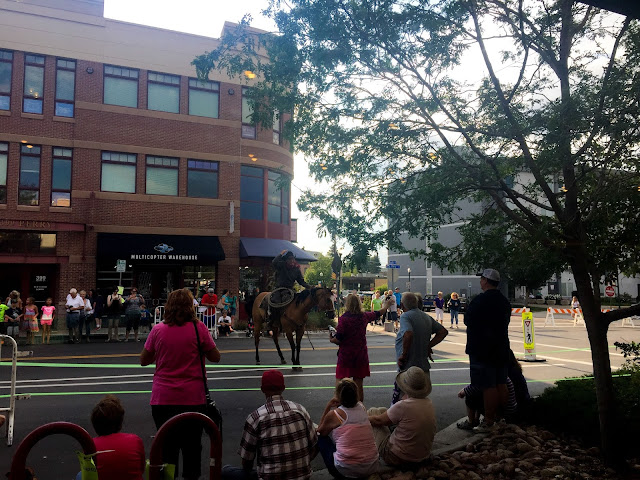 But as a few minutes turned into an hour, we moved outside, hoping that it wouldn't be too much longer before the real event took place. 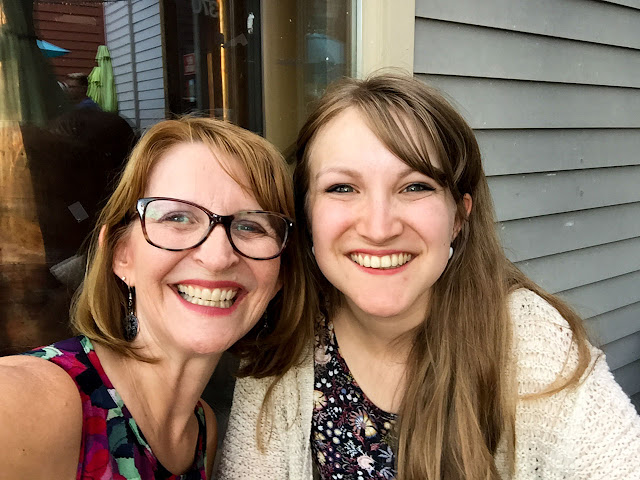 More and more people gathered as the sun began to set, and still the parade we were expecting did not occur. 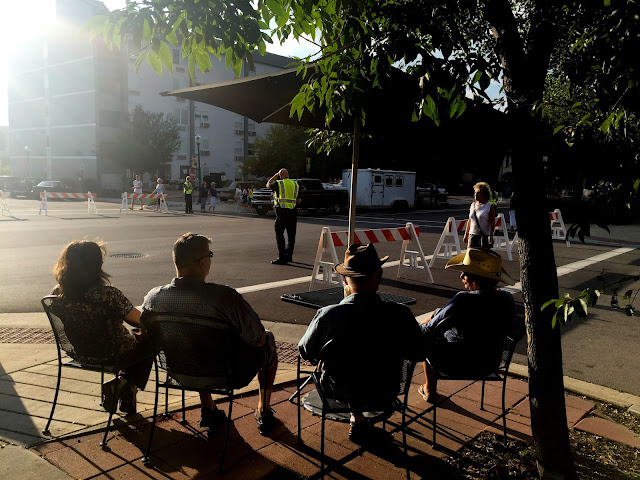 They eventually blocked off the street, though various vehicles were allowed through. 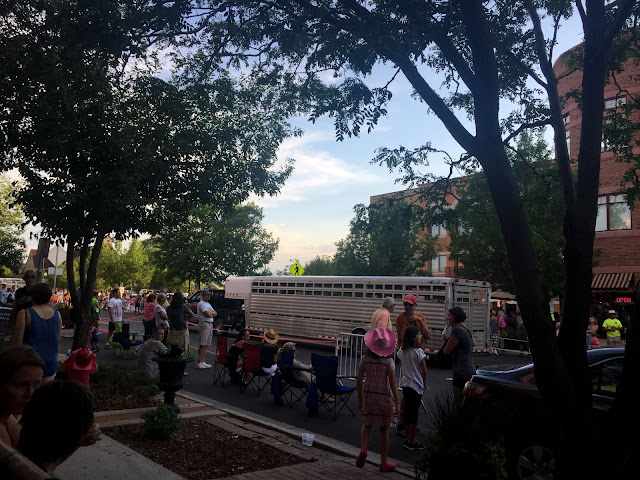 First an animal hauling trailer and then a police car. We kept thinking that surely any minute the big event would occur. With more people gathering, it seemed imminent. 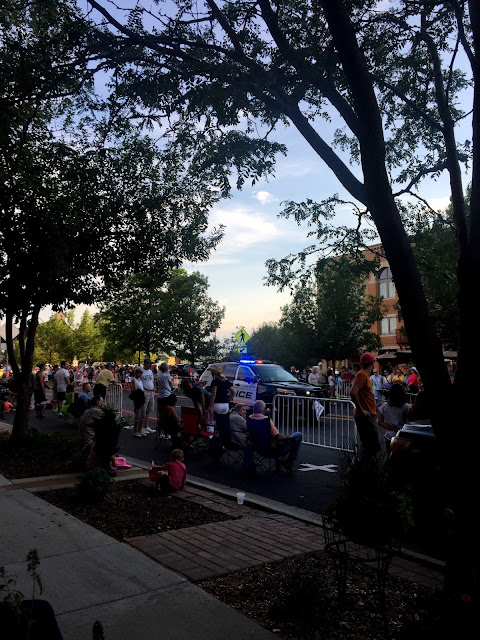 But the street remained empty. 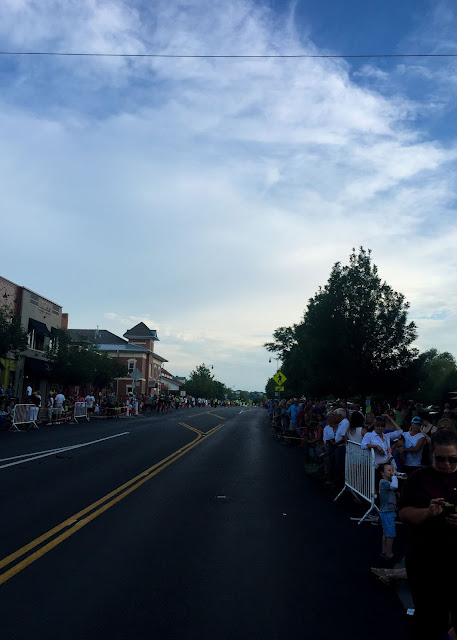 After an hour and a half of waiting we finally decided to make our way to a restaurant and miss out on the big event. 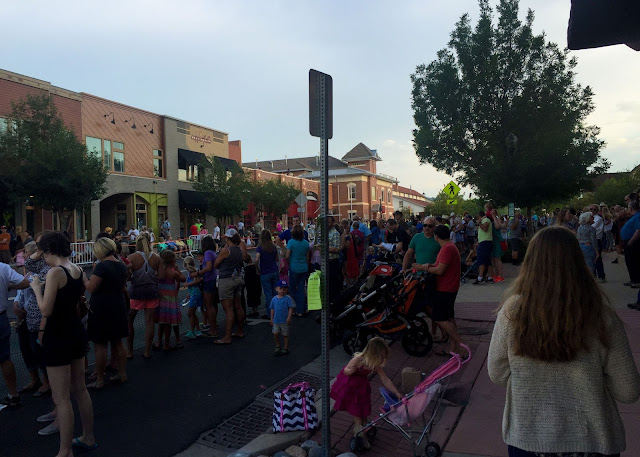 We'd been seated, thankfully outside on the patio, when all of a sudden the atmosphere changed and I knew "it" was coming.

Although I actually had no idea why there was a parade of longhorns, it was a pretty fun 37 seconds of watching them pass by! 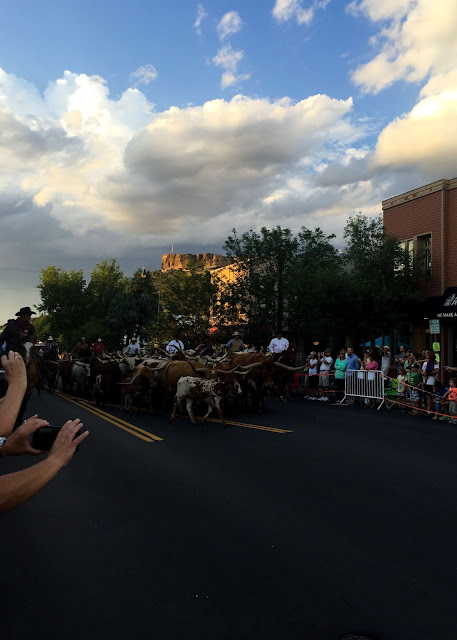 Their docile behavior surprised me. With cowboys and horses on either side, they meandered through the streets quite well behaved! 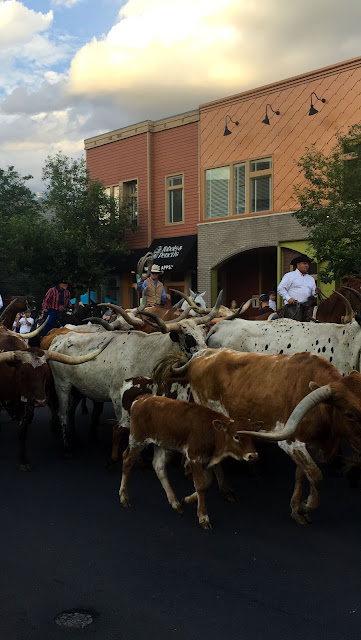 And then, as suddenly as they came, they went. And it was over. All that waiting for less than a minute of excitement! 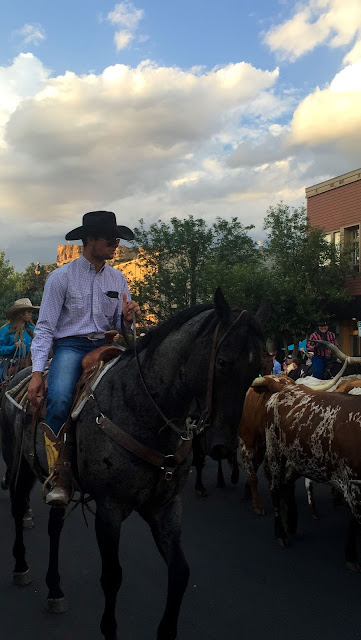 But it wasn't over yet! This truck drove by advertising the real event: the Douglas County Fair and Rodeo. 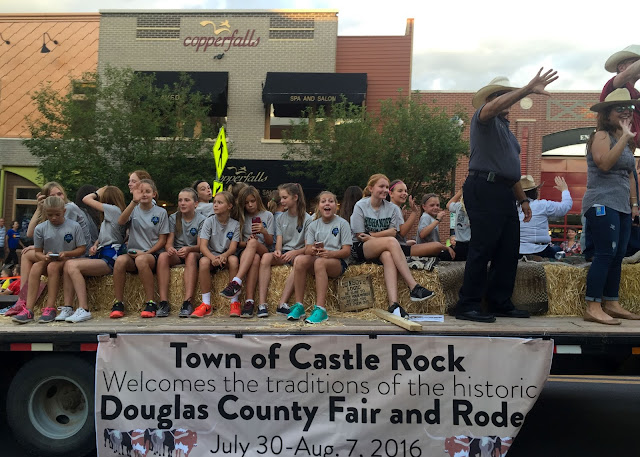 I'm still not entirely sure what the longhorns had to do with the fair and rodeo, but I've got to say it was pretty fun to see them! I love America for this reason: a community event on a summer evening with all the locals out to support it. AWESOME!

Claire and I finished dinner and even splurged on a pretty spectacular polenta cake dessert (remember, SHE is on vacation!😉). 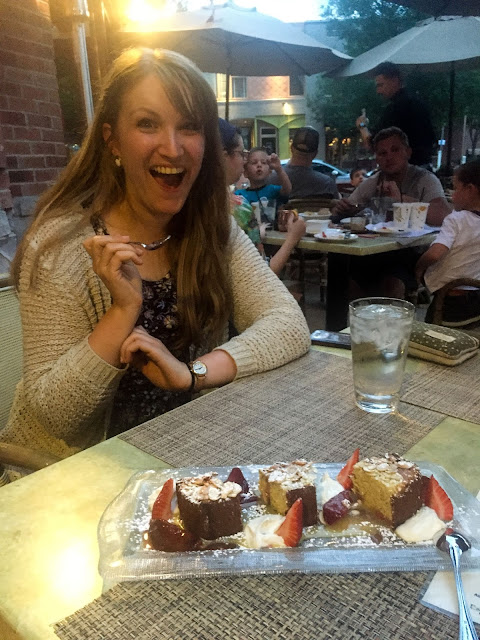 It couldn't have been a more wonderful evening with my girl in the town of Castle Rock!
Posted by Unknown at 11:01 PM